A superb new mosaic has been unveiled at Westfields Primary School in Yateley.

The design was completed entirely by the children to mark the school’s 50thAnniversary. It represents all the things the children learn and enjoy at the school.

The mosaic stands proudly on the outside wall at the entrance to the school.

Headteacher Janette Teague said she hoped that the pupils involved in designing the project would, in future years, bring their children to the school and point out the bit of the mosaic they had designed when they were at the school.

The project was organised by Deputy Headteacher Vicky Brammer

David Bowers from Mosaic Magic completed the actual mosaic from the children’s design.

The Rotary Club of Hart were delighted to be invited to sponsor the project,

Like what you see and want to support us? Hart Rotary continued its support for the Spring and Autumn Hartley Wintney Litter picks with a hardy group who joined this weekend's re-arranged litter pick, the initial date having been postponed due to the difficulty of seeing litter in the snow. 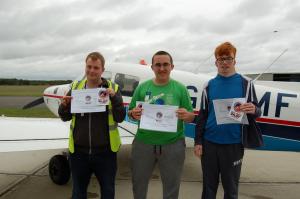 Following a very successful September 2021 event, we are delighted to be able to revert to our usual time of year for 2022. The event will now take place on Saturday 11th June 2022. Club support to Step by Step

A few words about The Rotary Club of Hart Based on monthly articles placed by the Club in Contact, the Hartley Wintney Parish Magazine

Some of the fun we have

Some examples of the Club's local projects 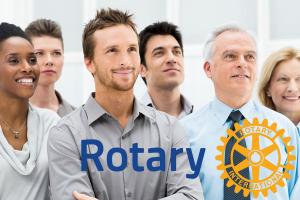 Come and join us at one of our meetings

You are more than welcome to visit us on a Thursday evening at North Hants Golf Club - Fleet 19:15 for 19:45