We launch the 2019 Soapbox Derby at the Rotary Club of Billericay Mayflower Summerfest, accompanied by the RotaKids clubs of Buttsbury and Quilters. 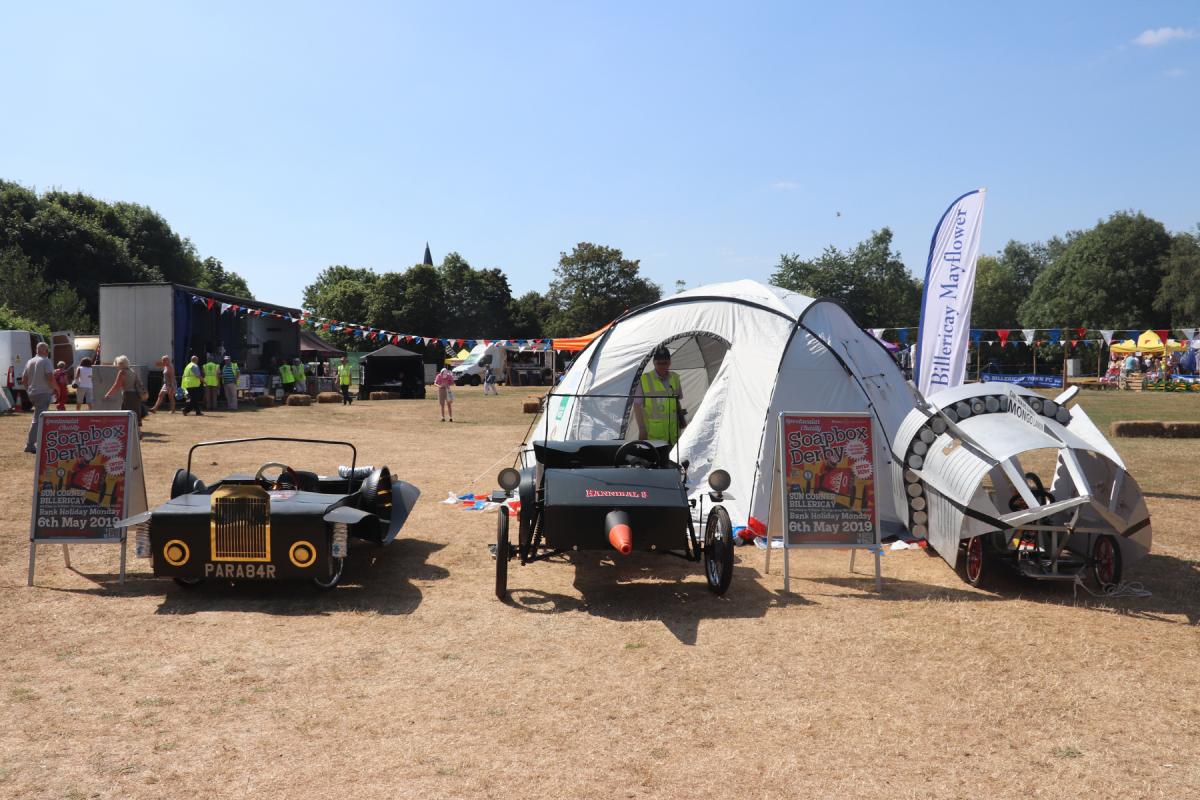 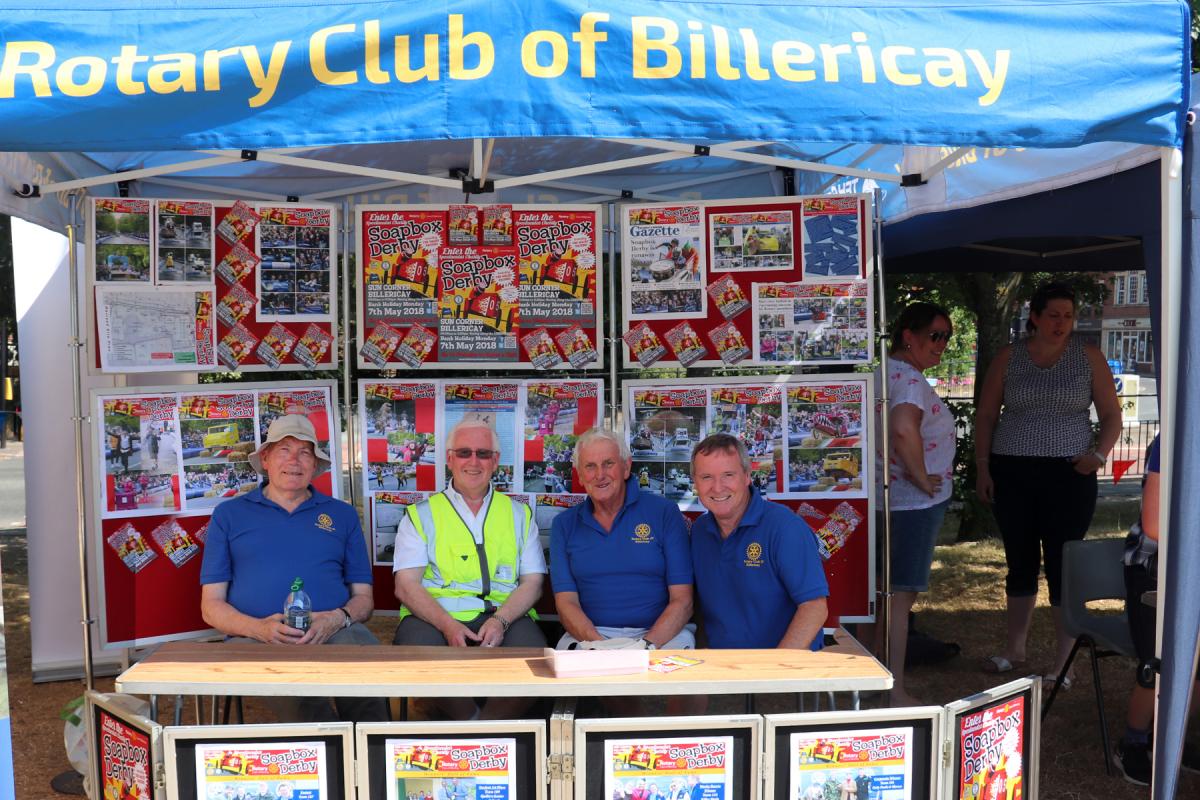 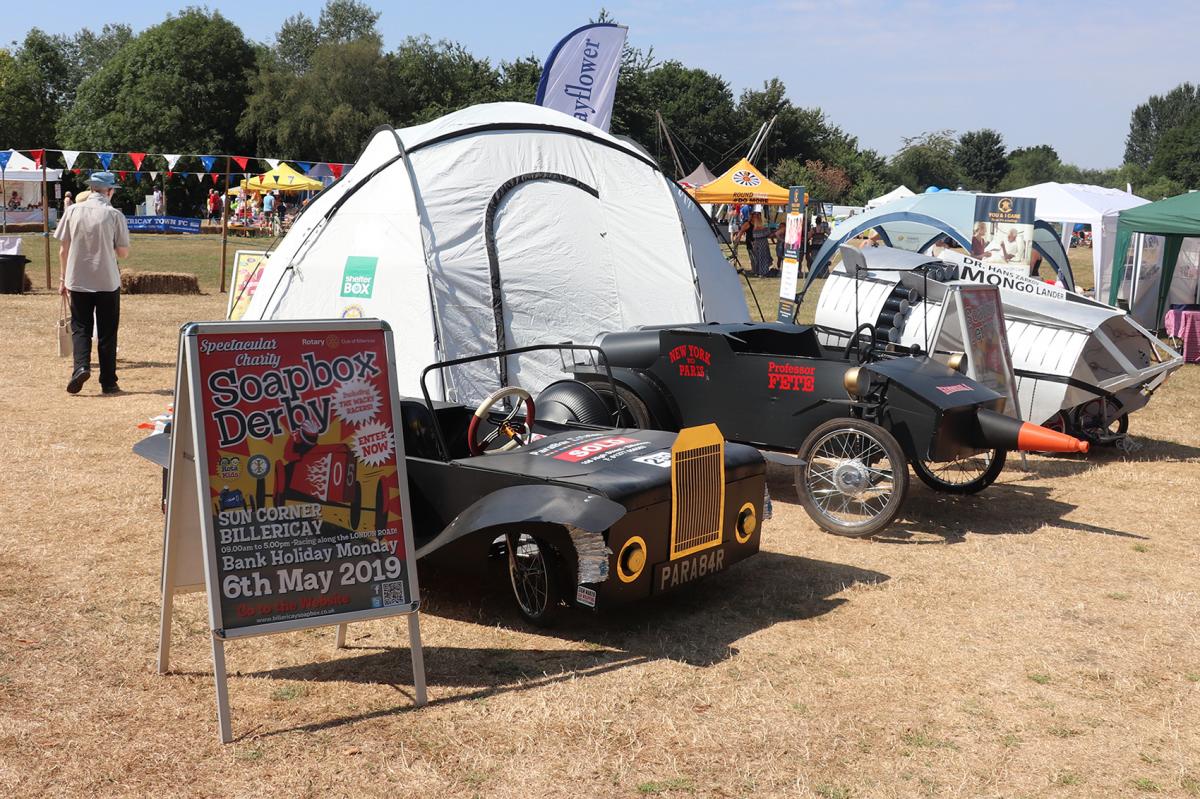 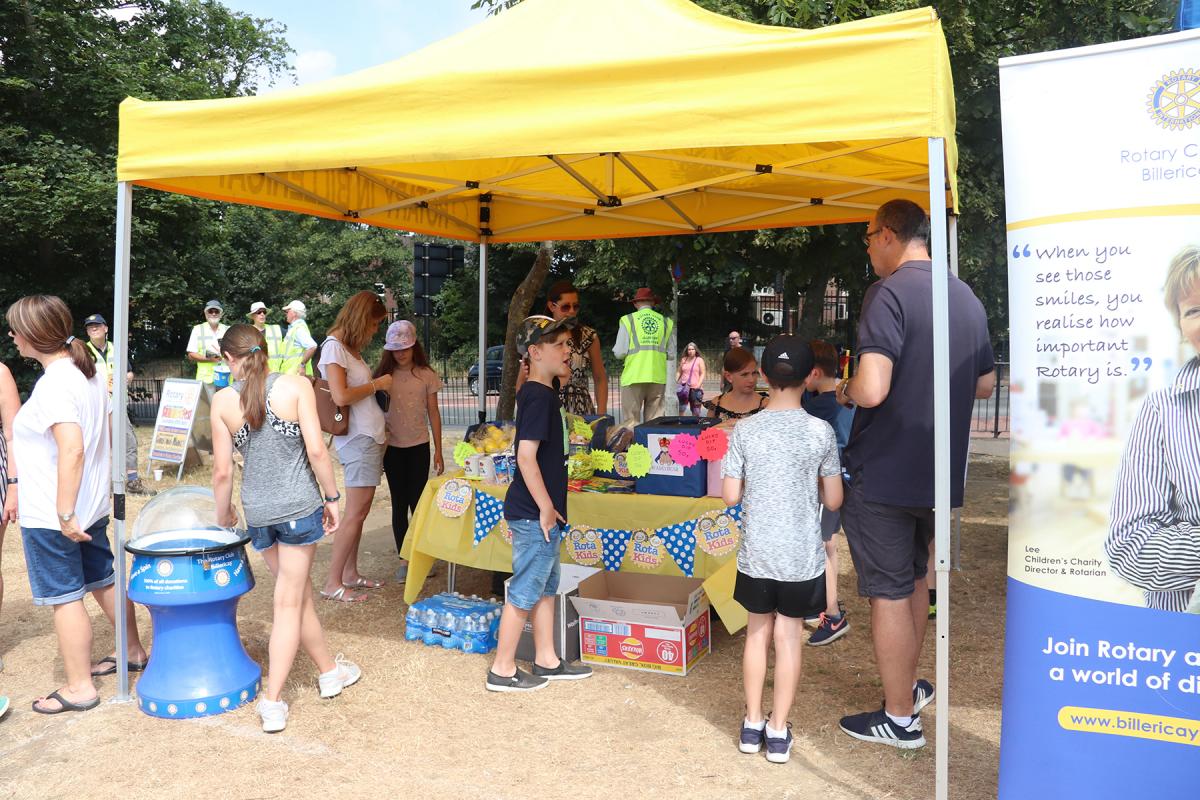 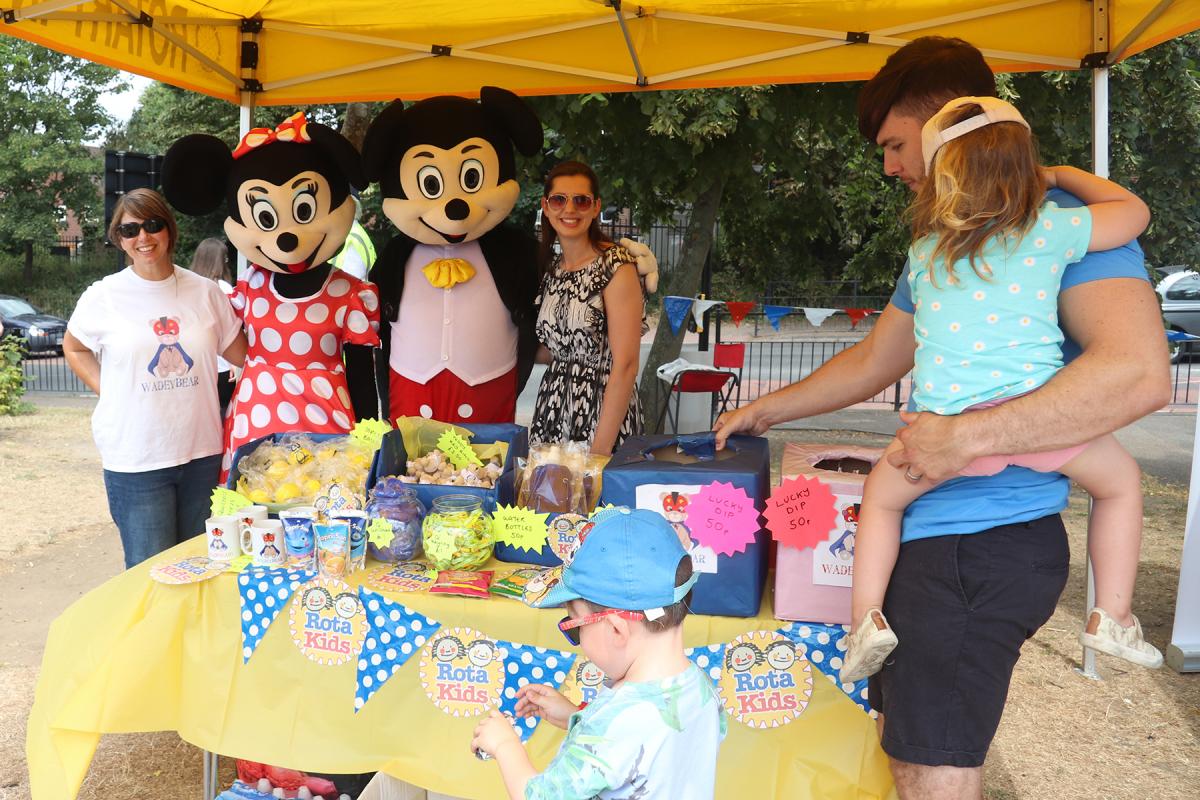 Quilters Get Some Visitors 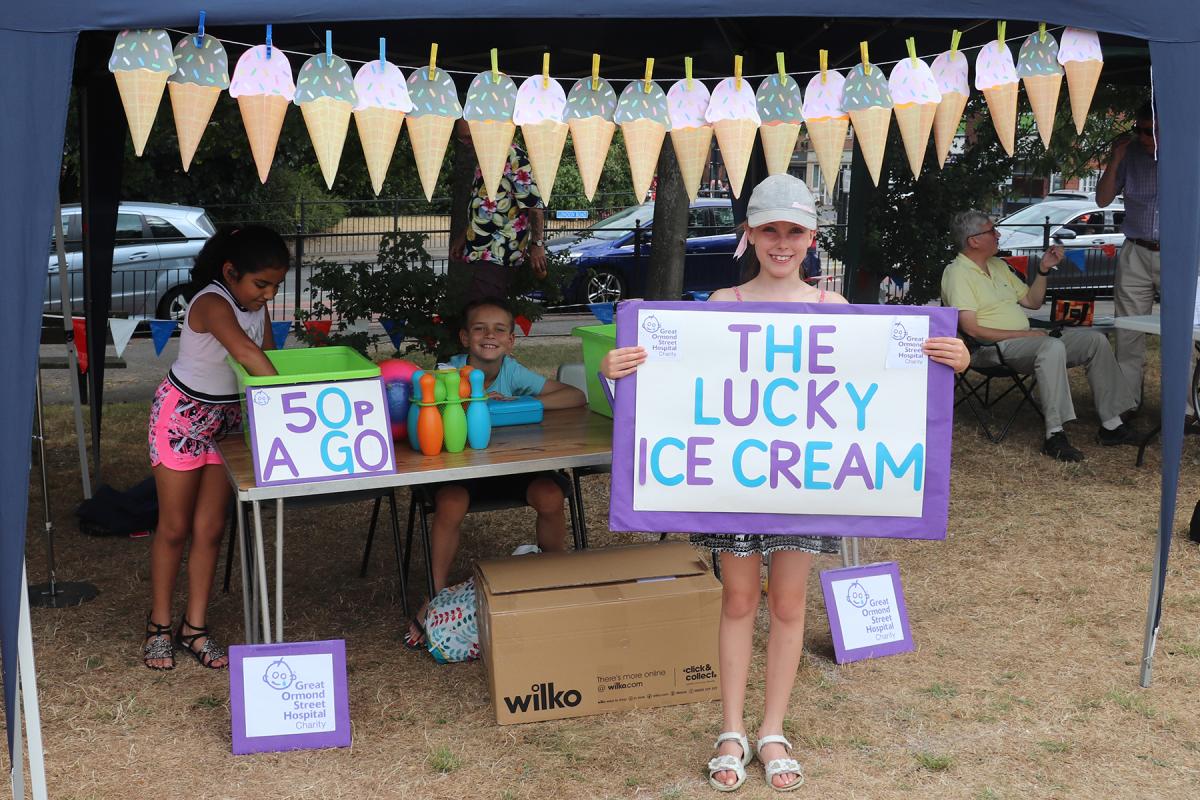 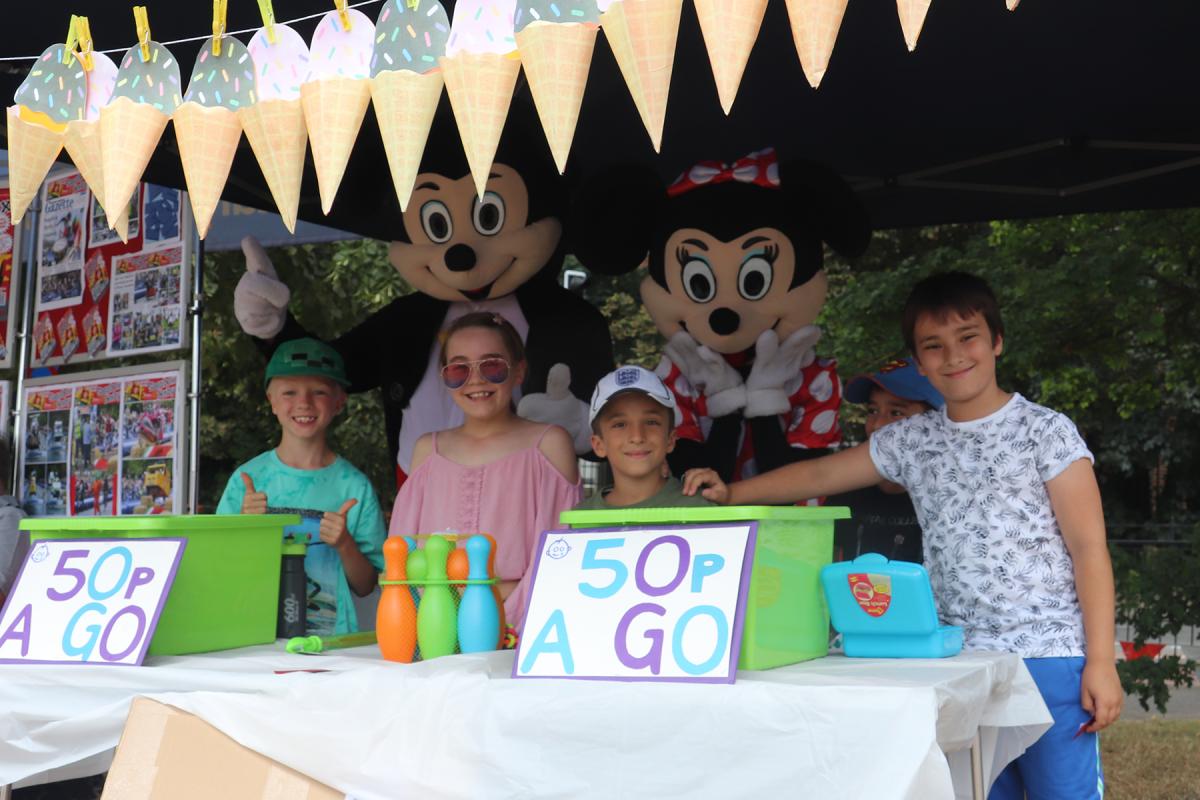 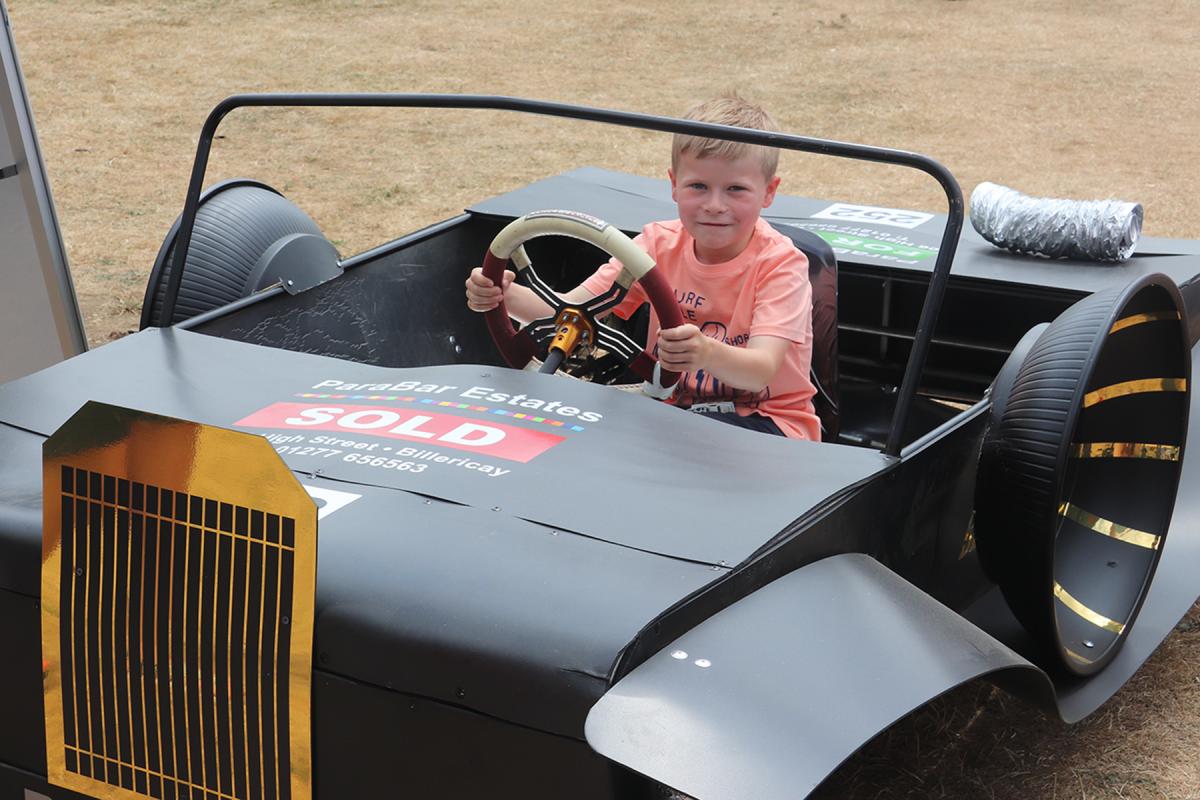 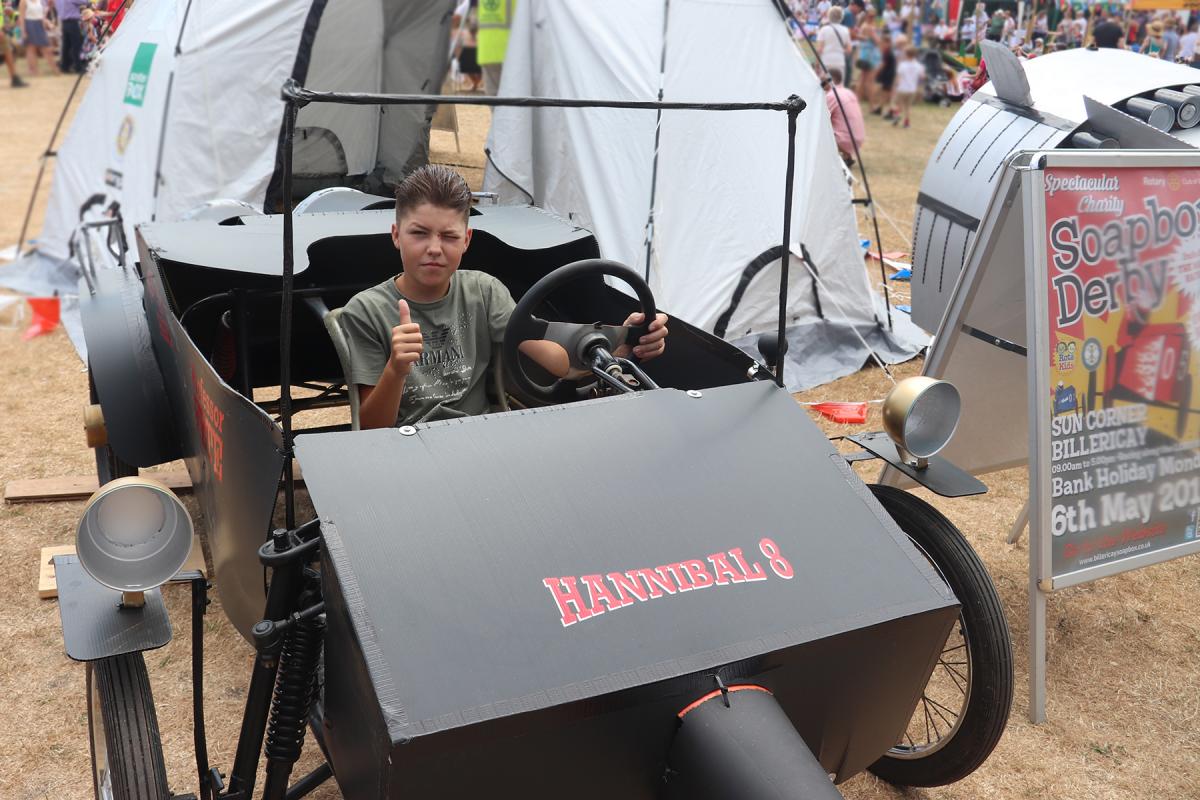 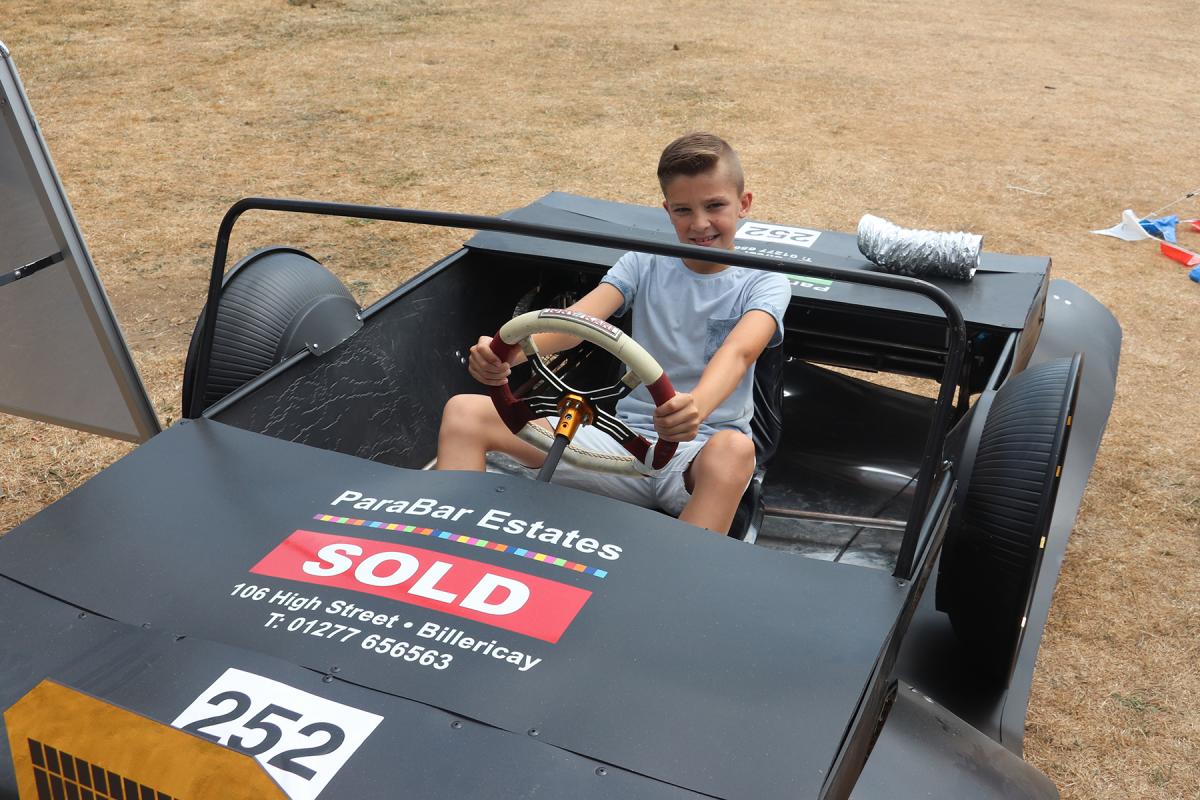 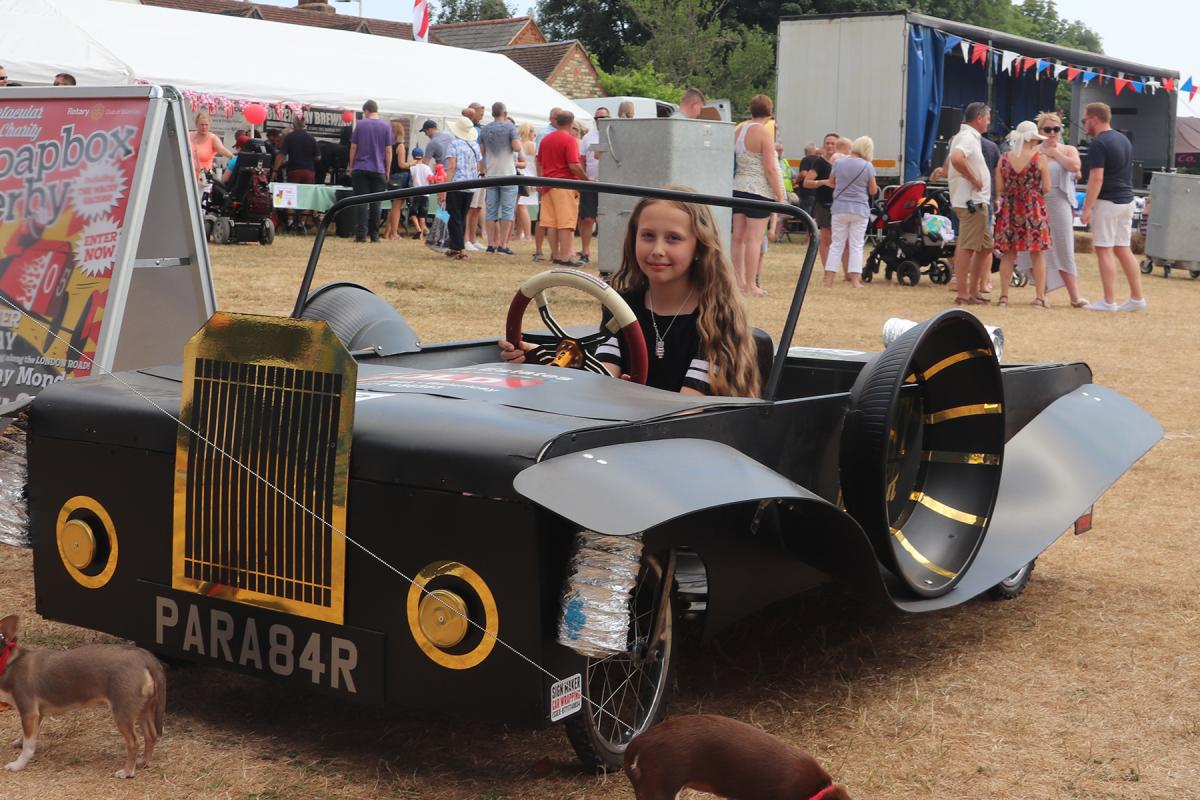 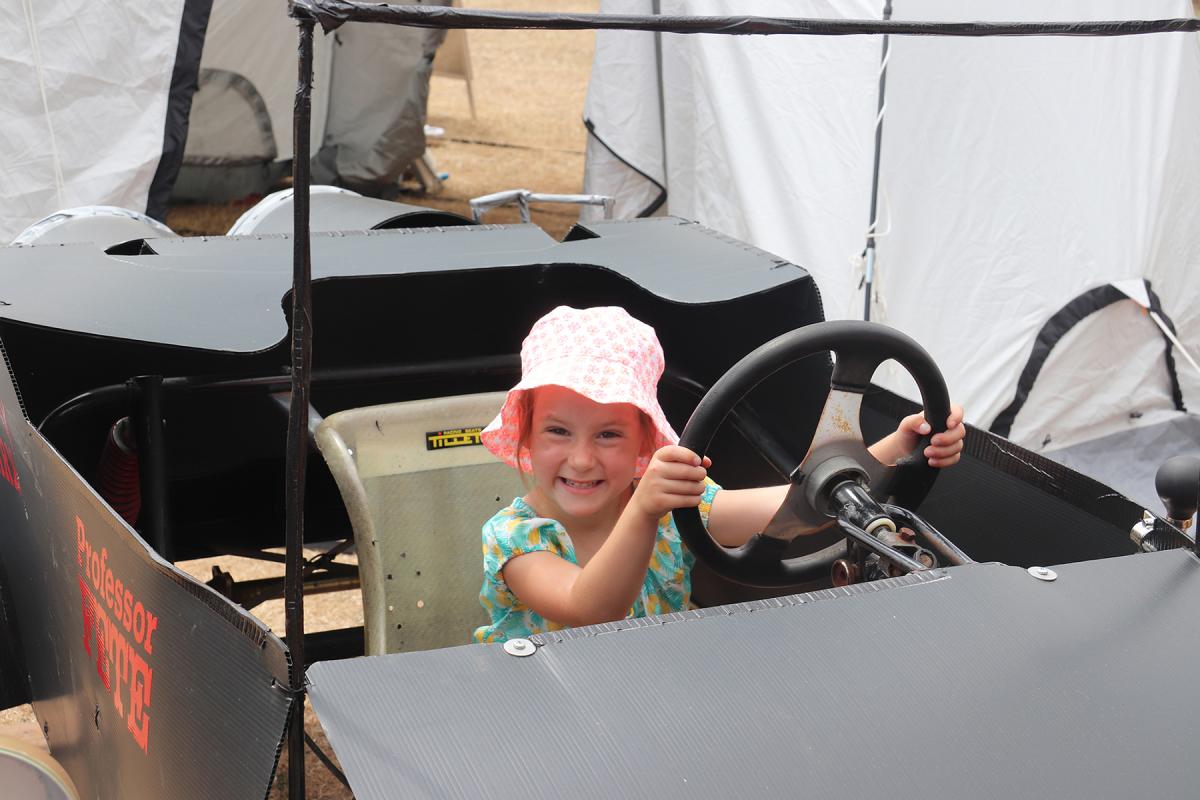 Does the youngest get a Prize 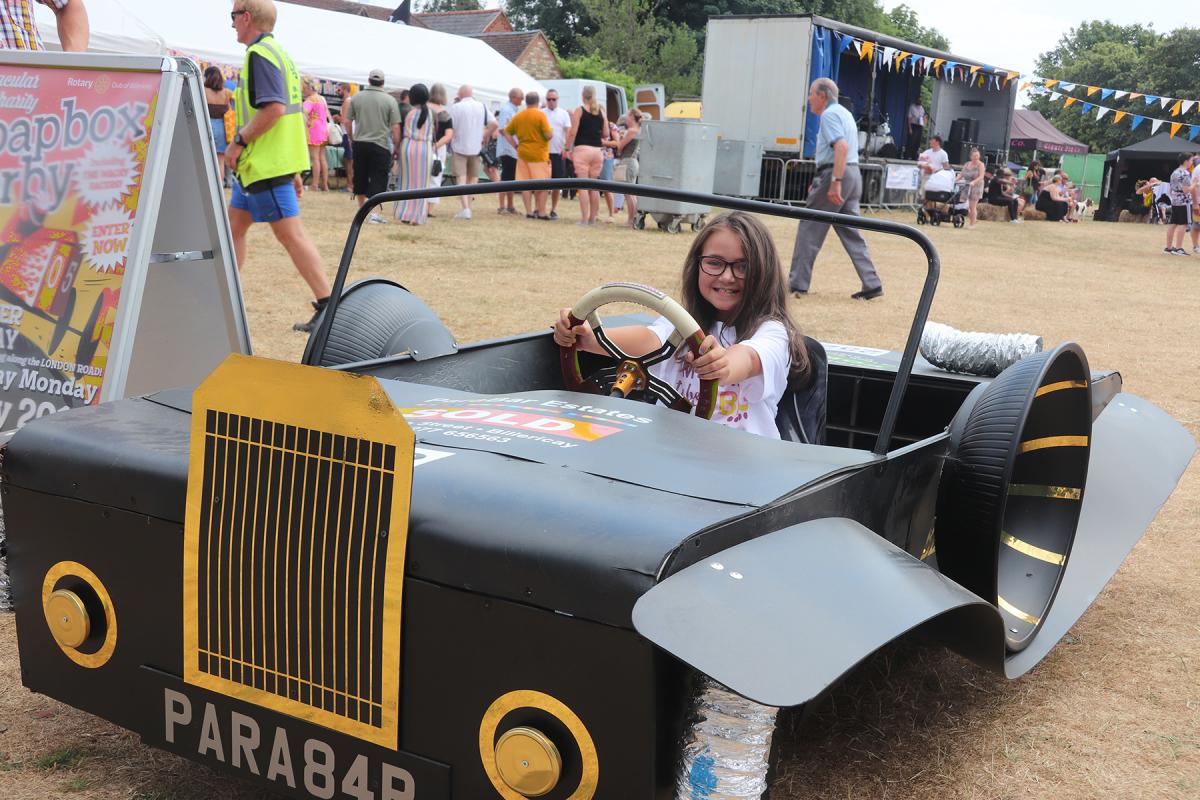 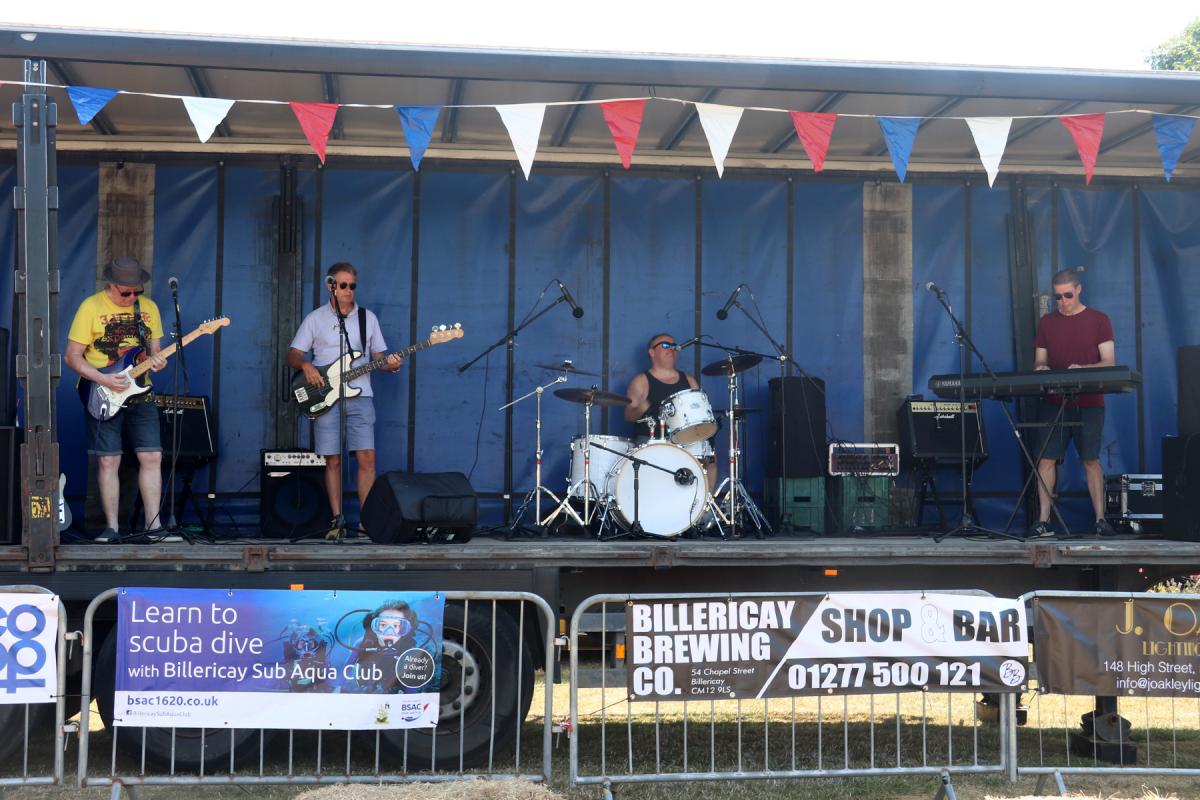 One of the Bands 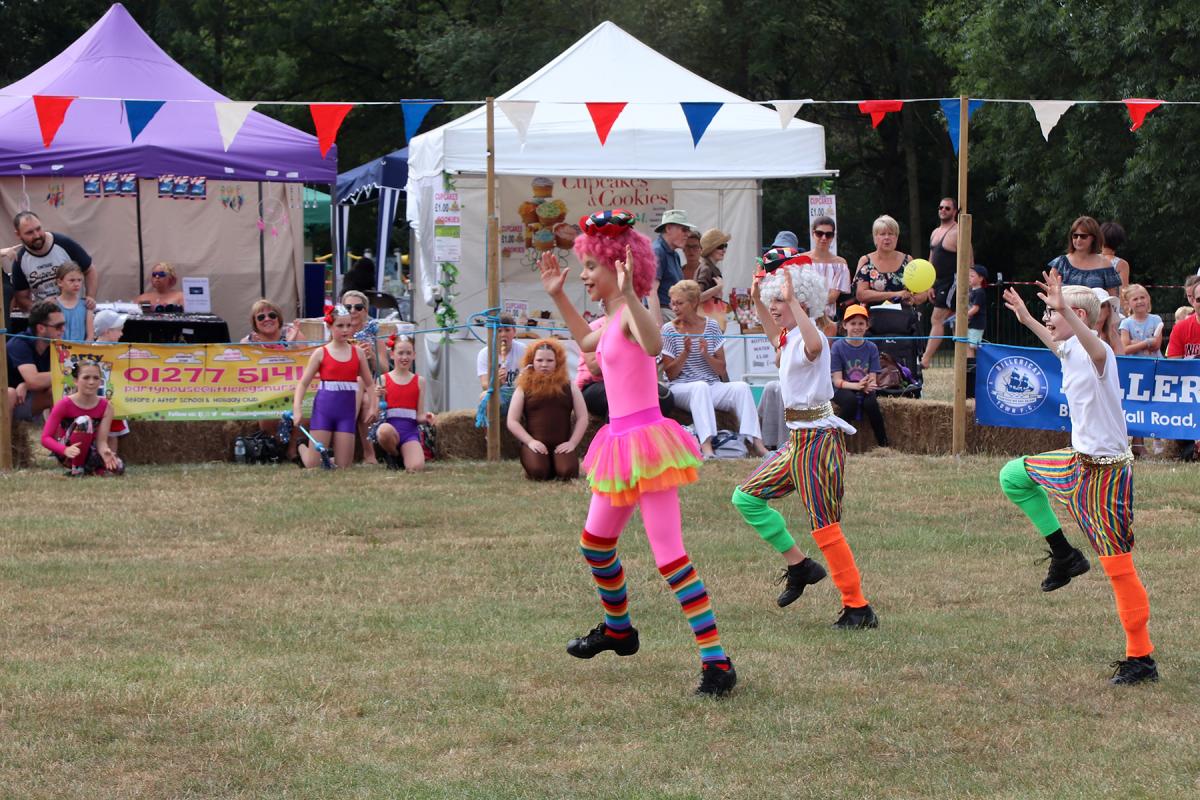 A Double Recipe for Success

Congratulations to our daughter club, Rotary Club of Mayflower for a superb event, and being blessed with gorgeous weather again.  But maybe, whisper it quietly, a little too hot, and this may have kept some of the crowds away.

Yes, It’s happening again as we launched the 2019 Soapbox Derby.

Our stand and publicity was taken to the site by Patrick and Roger, and assembled by Patrick, Roger and Peter.  Ed and Peter manned it during the day, aided by treasurer Mike Ginn, president Les Sheppard and speaker secretary Bert French.  Community Services chairman Keith Wood and wife Gillian were there from 1.00 for most of the afternoon, and Patrick and Roger returned later for take down and transport away.  A whole club effort by all those available.

Our stand was supplemented by four soapboxes generously donated for the day by Parabar Estates, Lee Knieriem of Southern Landscapes, Nick Lang, and Tony Dray.  Such is the support from our participants that Lee, Nick and Tony transported the soapboxes to the site for us and picked them up at the end.  All this despite Lee having a family BBQ that day, Nick being on another stand at the Summerfest, and Tony being already booked elsewhere on the day.  Great dedication! True community spirit.

We had Nick’s, Parabar and Lee’s soapboxes in arrow opposite our stand, and Tony Dray’s soapbox down by the main entrance from the car park.  Many stopped to look at Tony’s A-frame of information about his Rallysport Engineering Academy.

At our stand, the three soapboxes were a great attraction as kids tried them out, and had their photos taken by admiring parents (and club photographer Peter!).   There was universal praise for our efforts with the 2018 event, and many promises of entries and “we’ll definitely be there!” from future spectators.  A great success for the club.

Quilters were selling their branded Quilters and Wadey Bear goods, while the Buttsbury RotaKids’ stand showed their game - “the Magic Ice Cream” - where kids chose an ice cream and found a hidden message which was either a lucky dip, a prize or a “Sorry – Try Again”.

Each RotaKids club raised money for their charity – well done!

Stop me and take one?

The heat was almost unbearable, and the beer tent did a bristling trade in beers, water, and jugs of Pimms (we have to confess, we had our fair share of Pimms).  Not to forget the ice creams – as one of our number hiked over to Waitrose returning with twenty assorted choc. ices for the RotaKids and our members.  They didn’t last long!

Entertainment was all there with stage music show groups and, in the arena, amongst other acts, the annual dog show, and the Bailor Dance group from Basildon.  The arena show ended as usual with a parade of classic cars – a few from the huge vintage vehicle display – maybe around a hundred. Just a guess!

A thoroughly rewarding Rotary day of fun and friendship and a great launch for our 2019 Soapbox Derby.