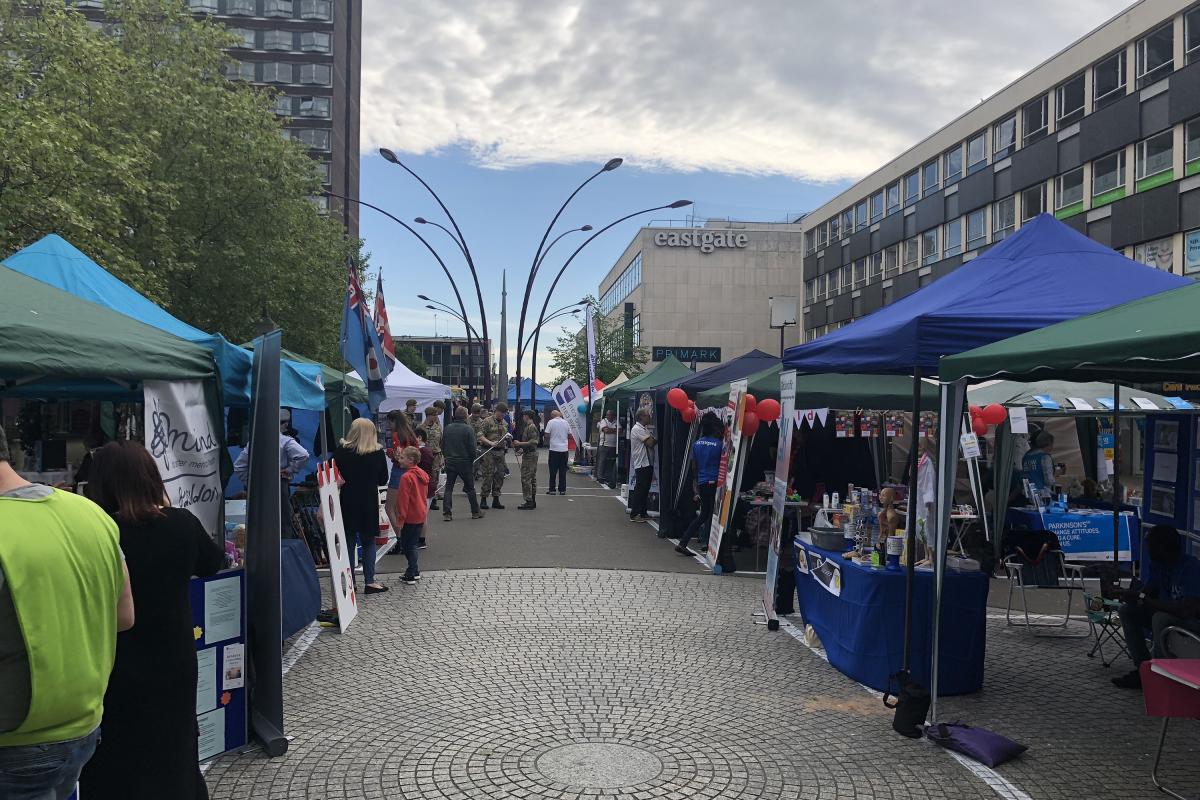 A Festival of Stalls 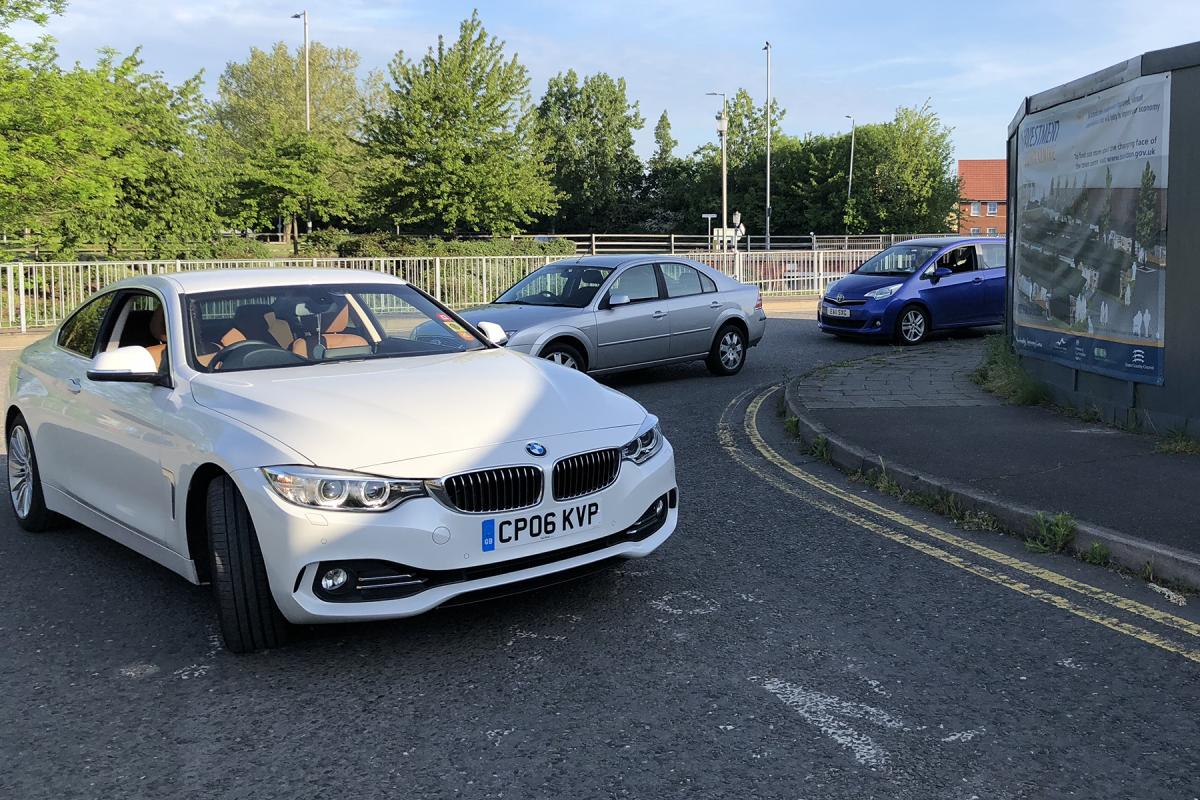 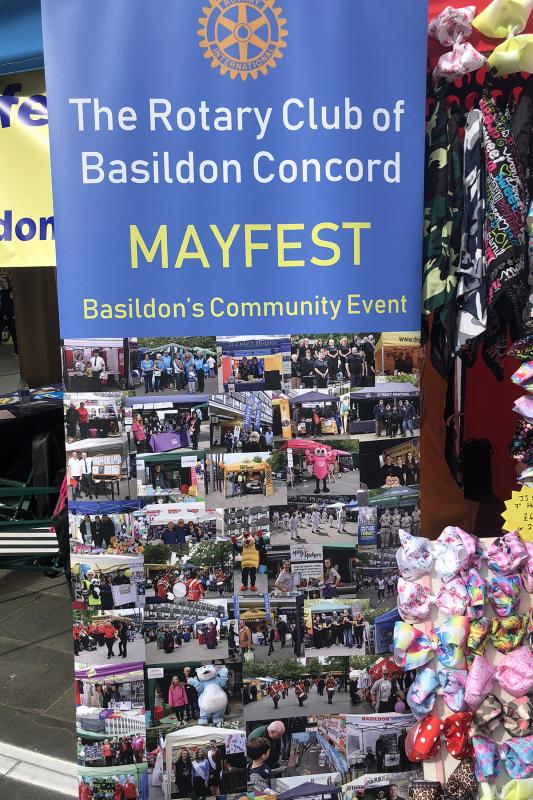 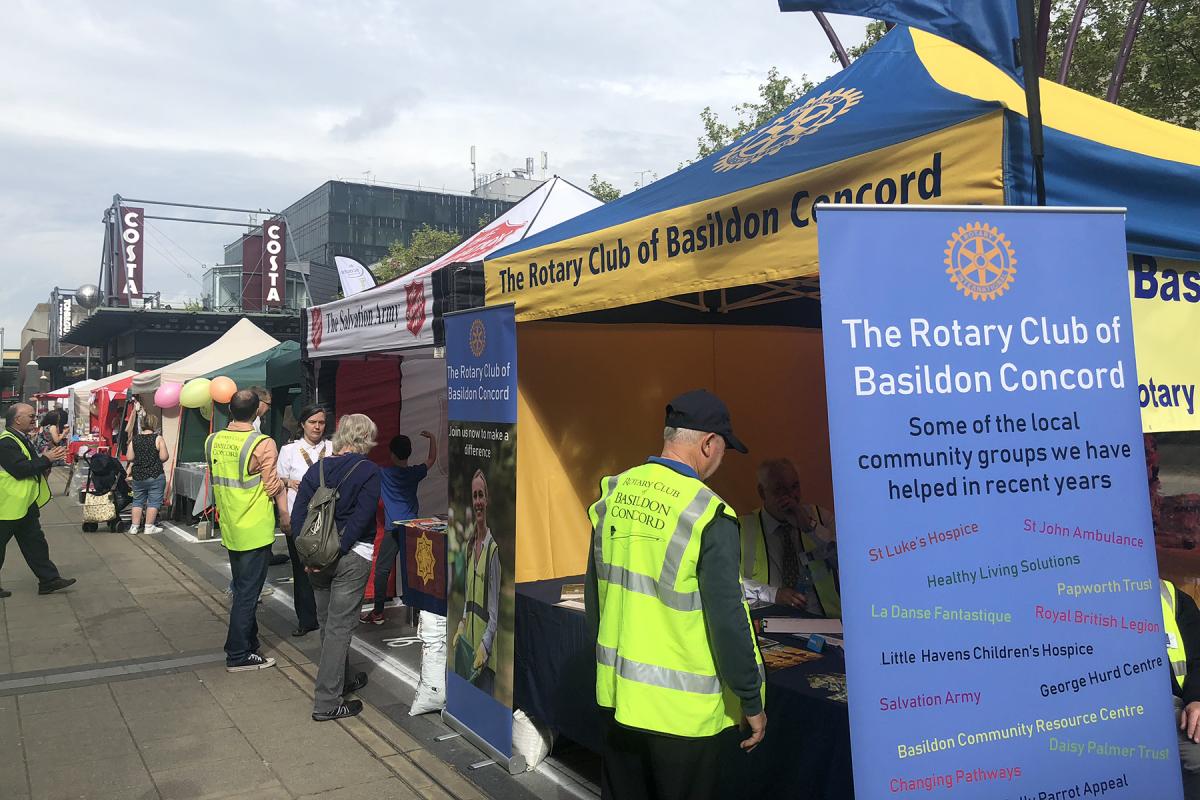 Soem of the Stalls 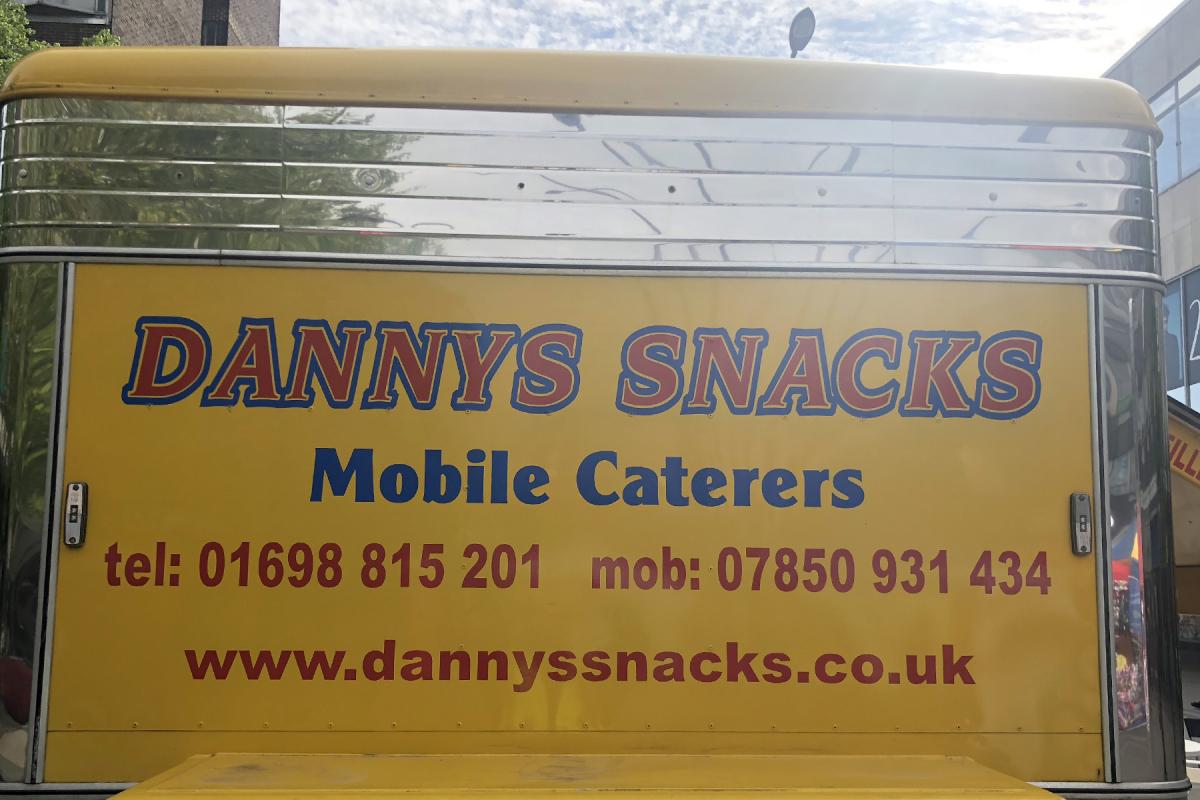 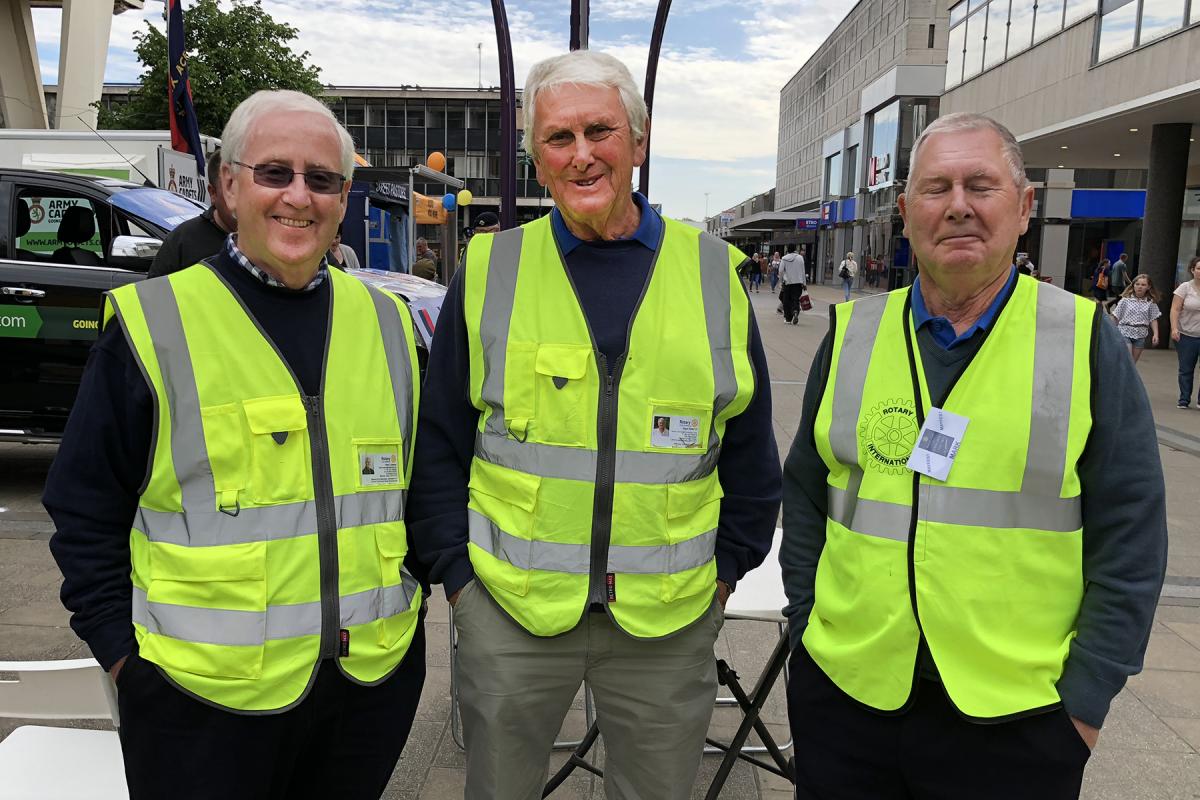 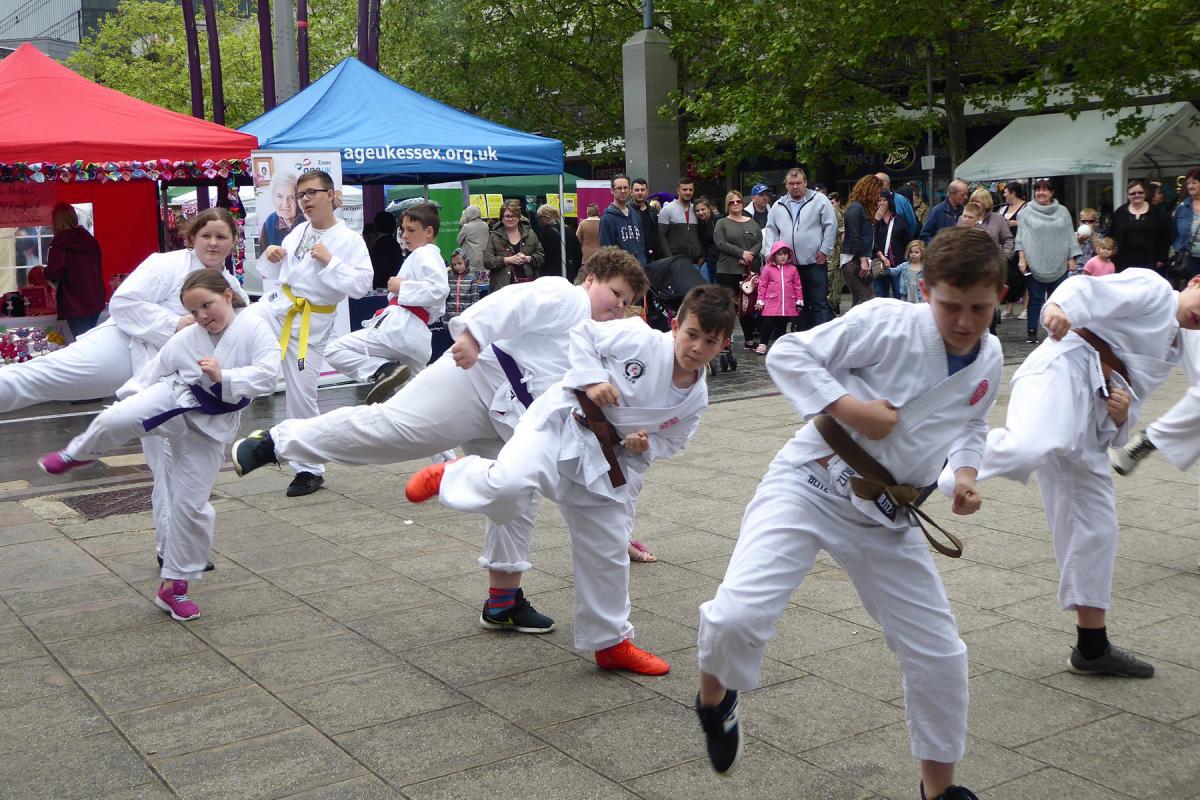 A Showcase of Charities and Service Organisations

We had to set off at 06.30 (not another early start!) on May 12 to be there for 07.00 for Car Park marshalling duty at the Council Car Park under the Town Hall, so, as instructed, we headed for that Car Park where we were due to meet Brian Wellman, and park there ready for the stallholders.  But …. nobody there, and the barrier was closed with a sign – “not open until 09.00”.  Somebody at the Council had got their wires crossed and despite all Danny Lovey’s detailed arrangements to have it open only for the stallholders between 06.00 and 09.00, the message got garbled – a case of “send three and fourpence we’re going to a dance!” if you recall that old WWI story.

So off we went to the multi-storey car park and then walked back again in our club Hi-viz vests.  Brian soon arrived, as did a steady stream of stall holders wanting to park and get out to their stands in the Town Square.  “Danny’s chasing the Council” he said, “it will be fixed soon”.

But the stall holders kept arriving – what to do?  Then suddenly, without a warning, the barrier rose and we could start letting the cars in.

Roger went down into the car park and Peter stayed on top to direct stall holders in, and to give the public, who usually parked there on a Saturday, the bad news that it wouldn’t be open to them until 9 o’clock to give priority to the stallholders.

We stopped all the cars, letting pass those with stallholder cards, but turned away members of the public.  Most took it in good heart, understanding that priority had to be given to the exhibitors with only one awkward driver demanding to be let in.

“You’re Rotary” he said, looking at the logos on our vests, “you can’t stop me using the council car park”. But we held firm, told him we’d photograph his car and him, and pass it to the council and they would decide if they would take it further.  He moved aside but waited to see what happened.  As the volume of traffic dropped, we let him in.  He’d obviously had second thoughts, “Thank you” he said!

By 9 o’clock there were no more stallholders arriving, and our shift was over so we wandered into the square to look at the event.

In the Square, pitches had been marked out for the various charities and community groups who were participating, and everyone sported a gazebo and enthusiastic volunteers.  It was very well organised and laid out.

We exchanged greetings with Danny Lovey and other Concord members we knew and wandered around the 60 odd stalls - there was really good interaction with local people and progress was made in raising awareness of their organisation, with donations taken, and hopefully leading to new members.

Things all seemed to be going to plan. The public were being attracted to the stalls showcasing local charities and community organisations, as well as the few retail stalls, a children’s carousel ride and two great performances marching through the Town Square and performing from the Essex Army Cadet, Drum and Flute band.

On top of this, there were splendid demonstrations throughout the day from the youngsters of the Maru Karate Kai; stirring performances of well known songs from the George Hurd Choir and a memorable performance from the Tribal Belly-Dancers, as well as the Essex Marching Corps, and the Basildon Operatic Society, etc. etc.!  Well done to all the performers.

And what was that huge food truck in the corner – Danny’s Snacks!

Our congratulations to the Rotary Club of Basildon Concord – another excellent initiative which really delivered on its promise!