Not just Charity Day, but also Handover to our new President. 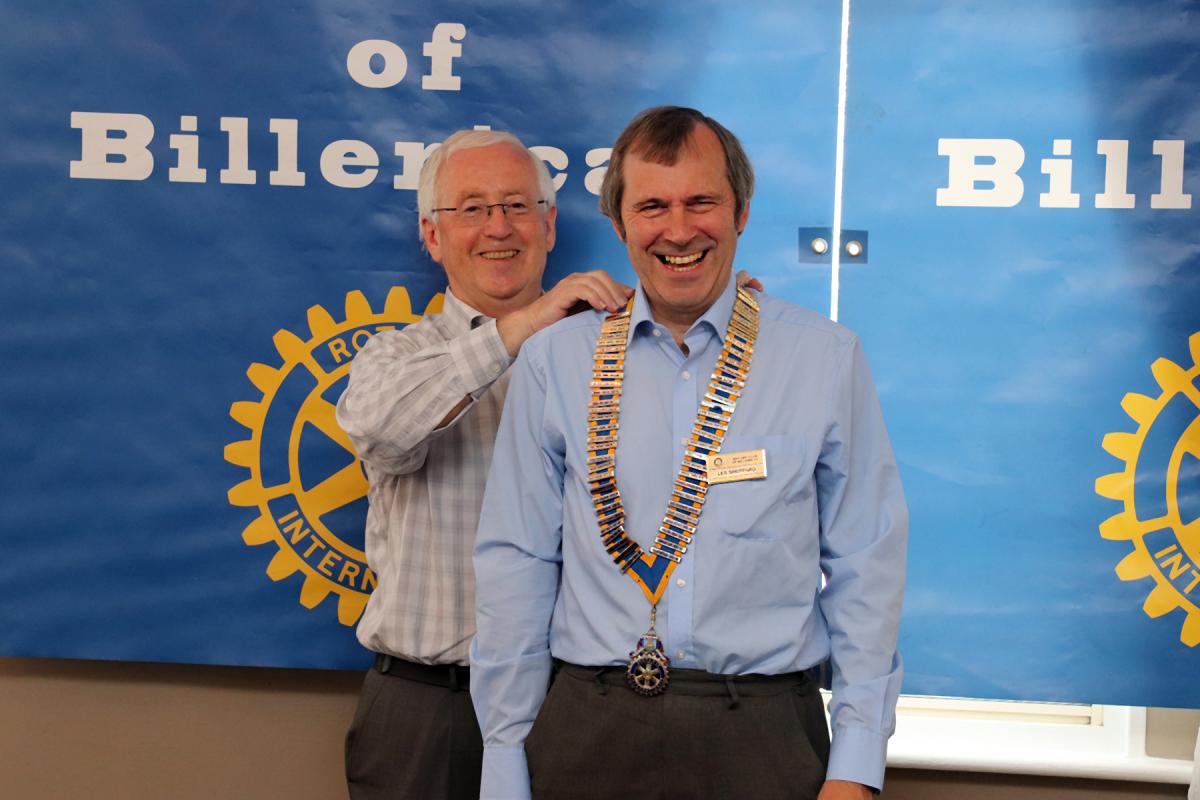 The Chain passes to a new incumbent 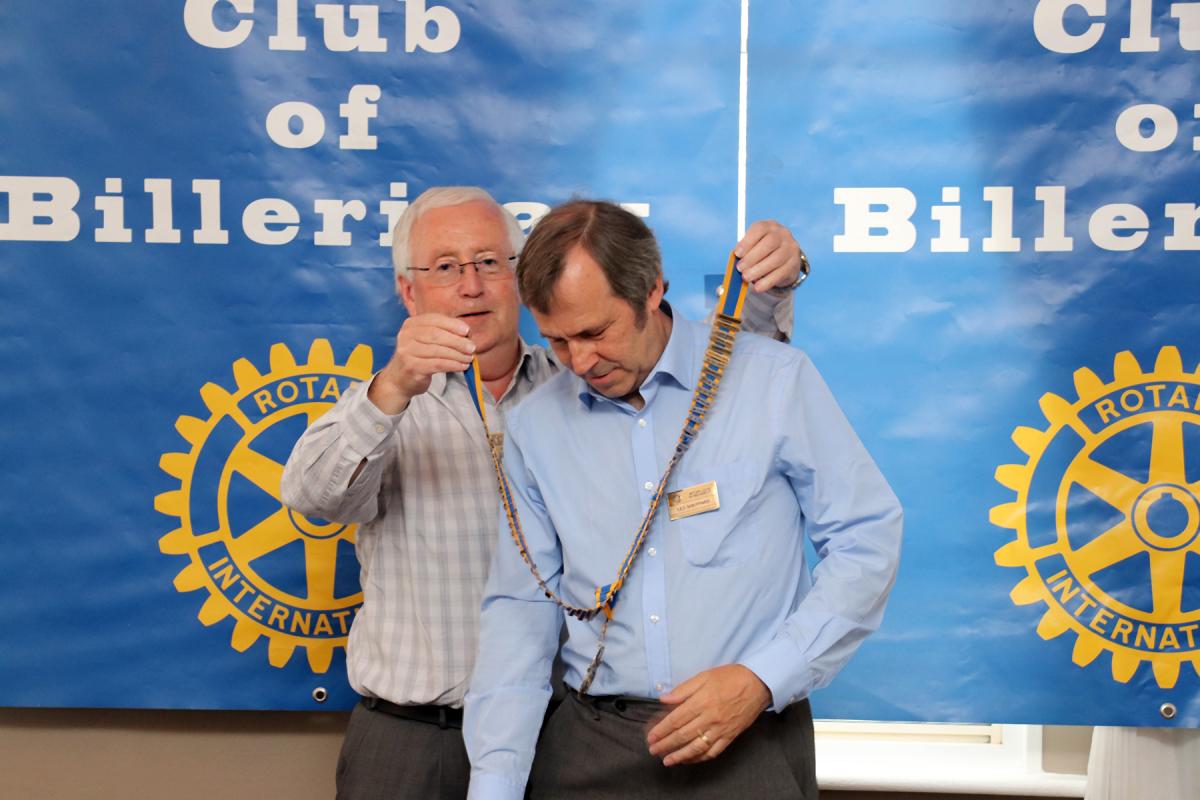 Does the Chain Fit? 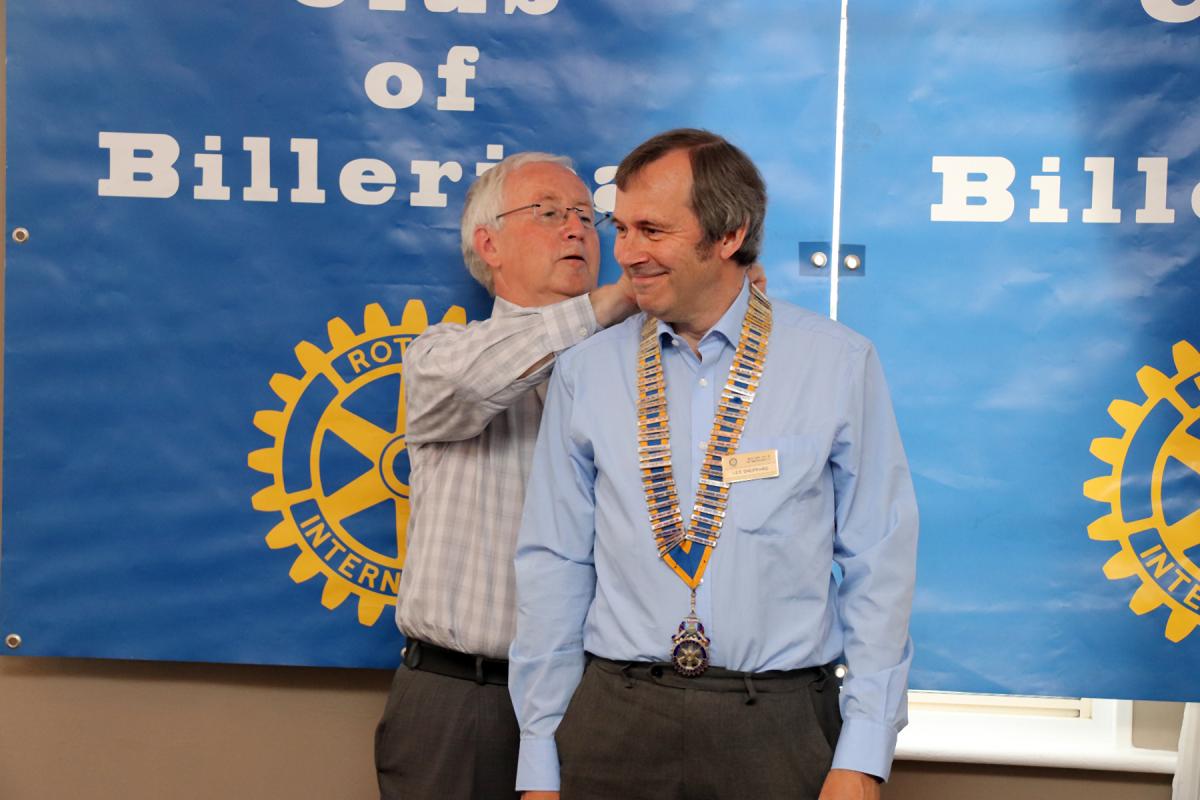 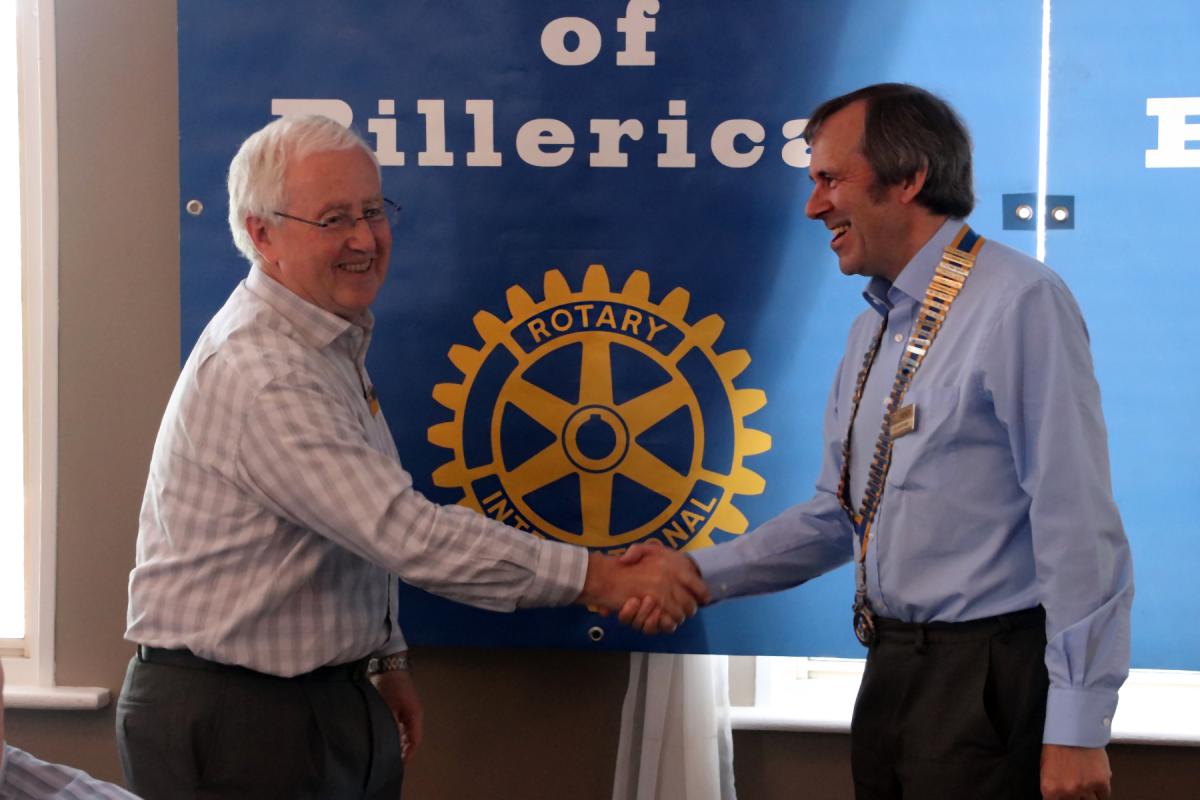 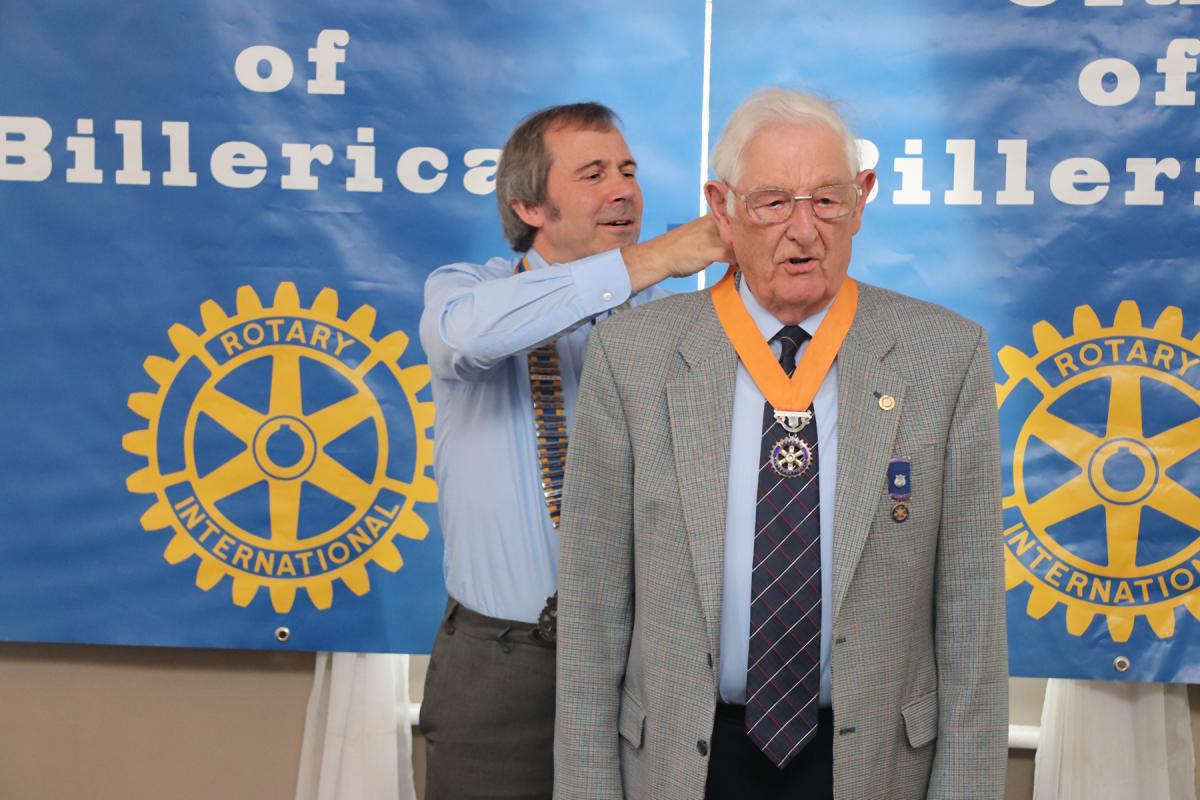 Welcome to the Job 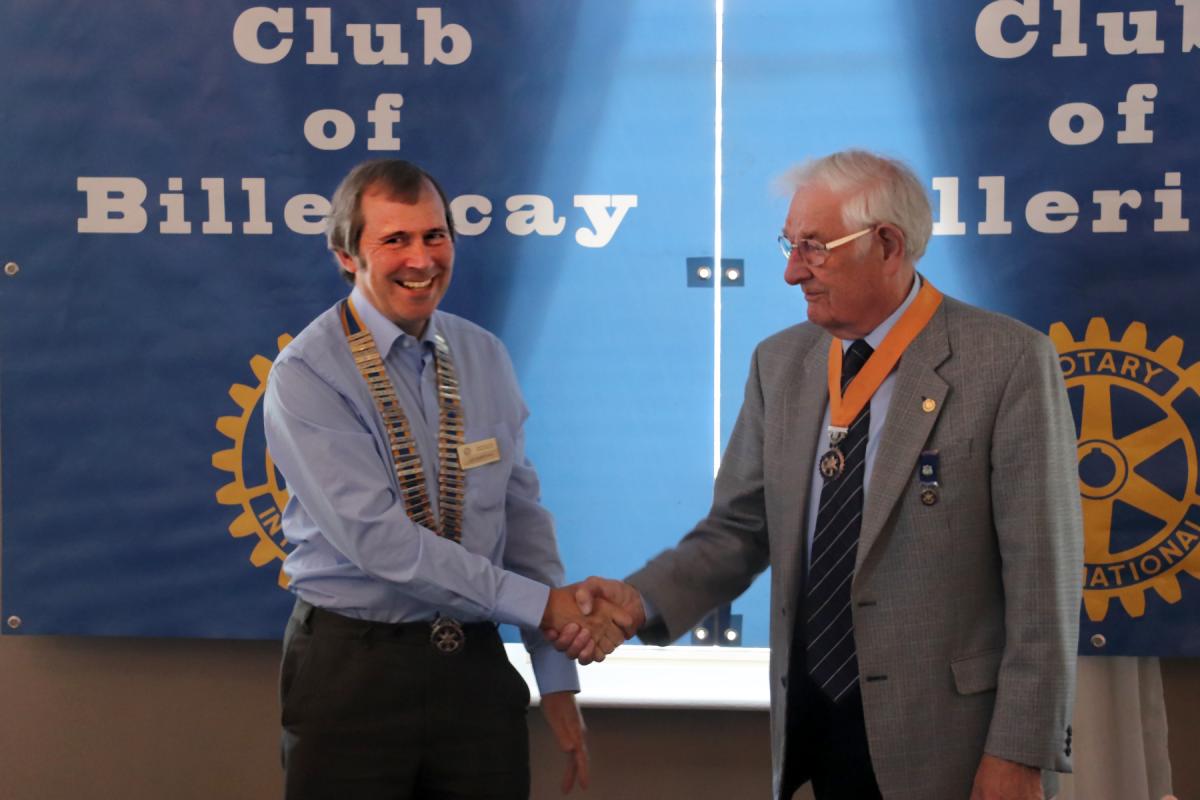 A New President for a New Year

July 2 was Charity Day for the club when we handed over donations to the major beneficiaries from the Soapbox Derby.

But wasn’t the only feature of the day, it was also time to formally handover the Presidency to Vice president Les Sheppard.  In a short ceremony, IPP Peter Greene relinquished his chain of office with a short speech remarking on the club’s success of the past 12 months, thanking all members for their help during the year, and saying that despite his reservations he had really enjoyed doing the job.

Les Will Take Us Forward

Incoming President Les Sheppard remarked how honoured he was that, so soon after joining, the club, members were prepared to give him the responsibility of leading the club.  He summarised his hopes for the year and ended by saying “I will do my best to repay that confidence.  My thanks to all who are continuing their roles from last year, and for Bert for taking on the Speaker Finder position as Ben becomes Vice President.”

In his first official act, he officially handed over his Chain of Office to president-elect Ben Clarke.  Founder member Ben will assume the Presidency next year on the Club's 60th Anniversary.