The day was built round a trip through the most picturesque areas of northern Essex and south Suffolk, with lunch at the Fox in Finchingfield and a traditional champagne cream tea at the historic Swan Hotel in Lavenham. 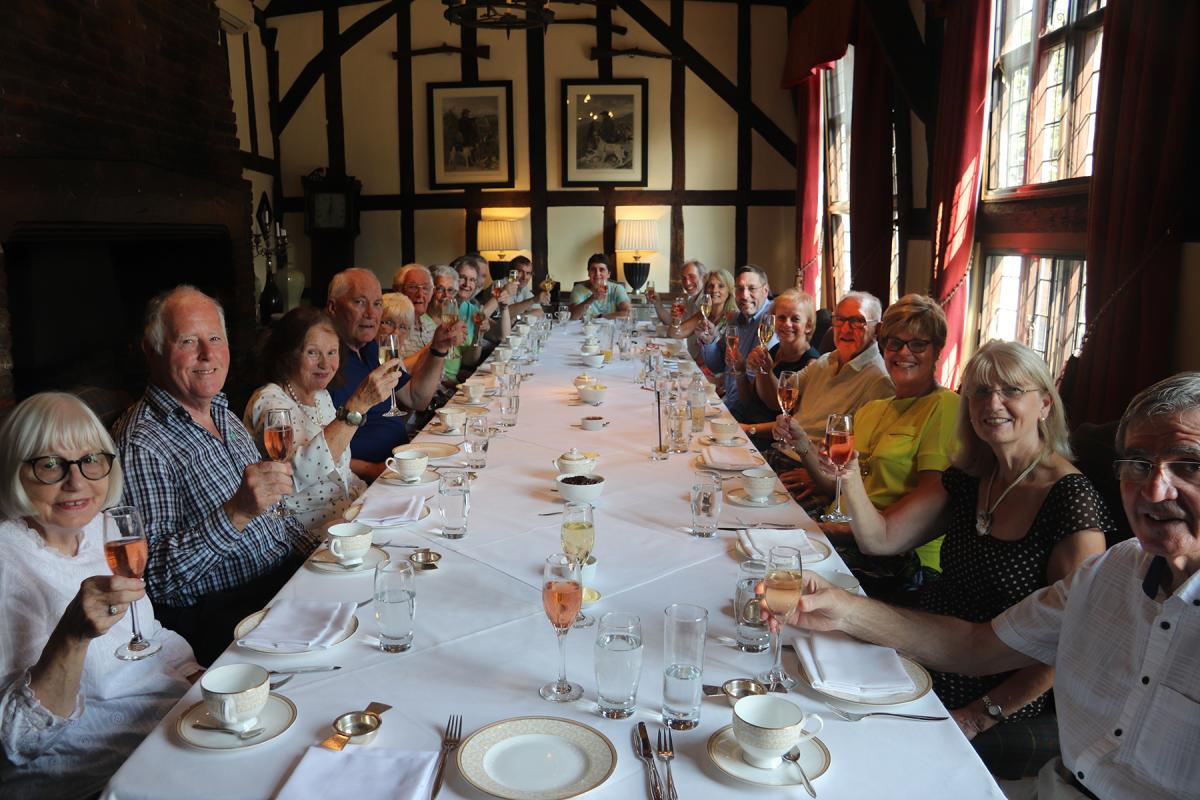 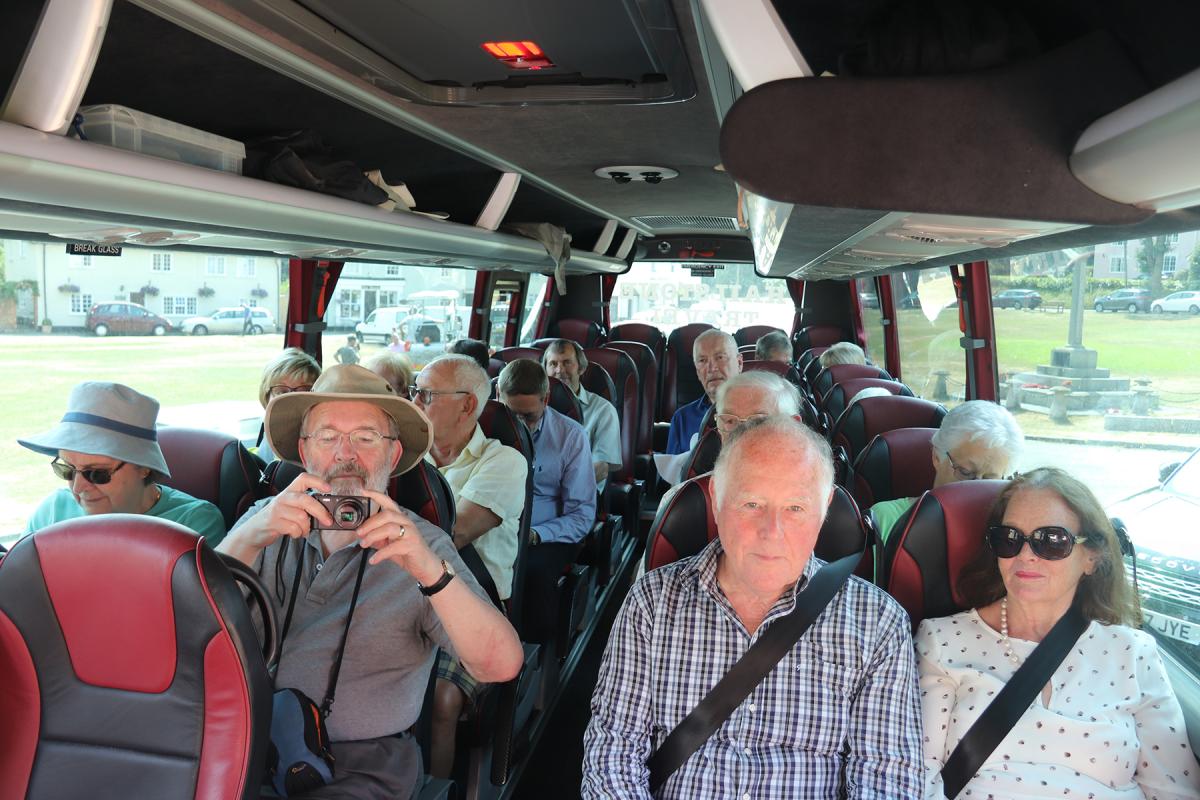 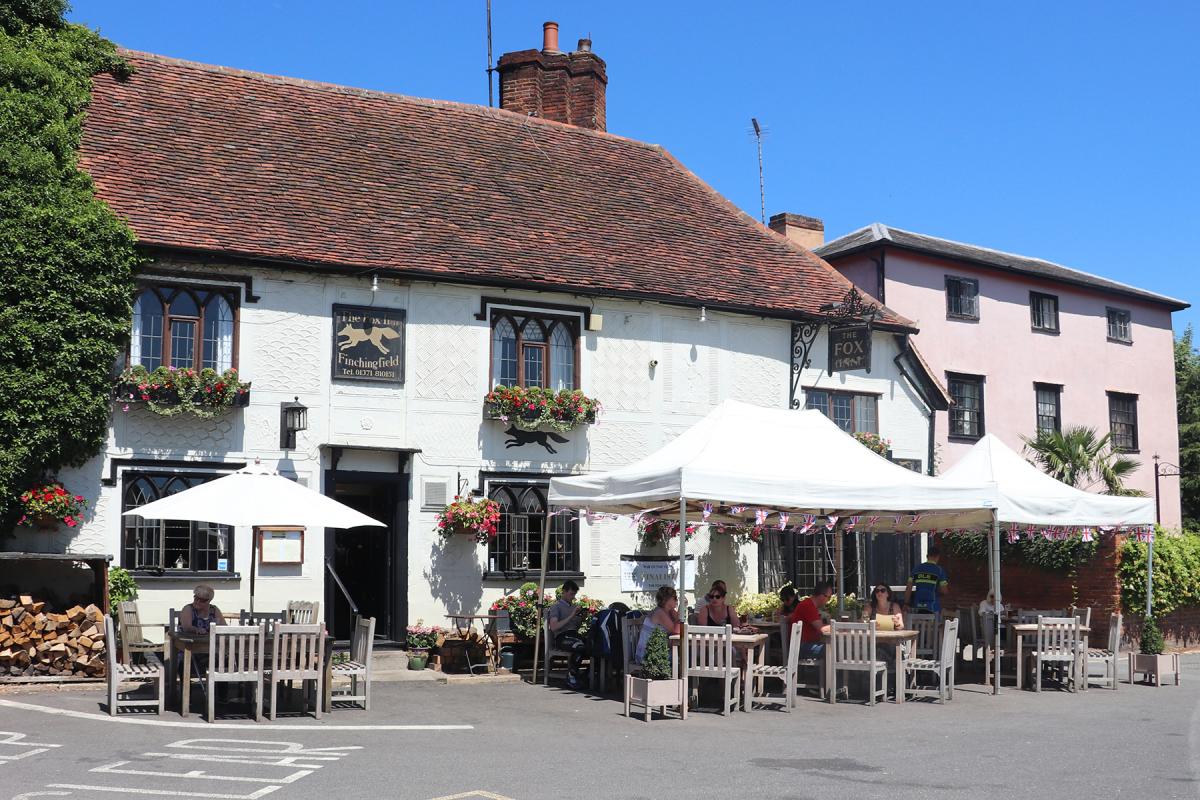 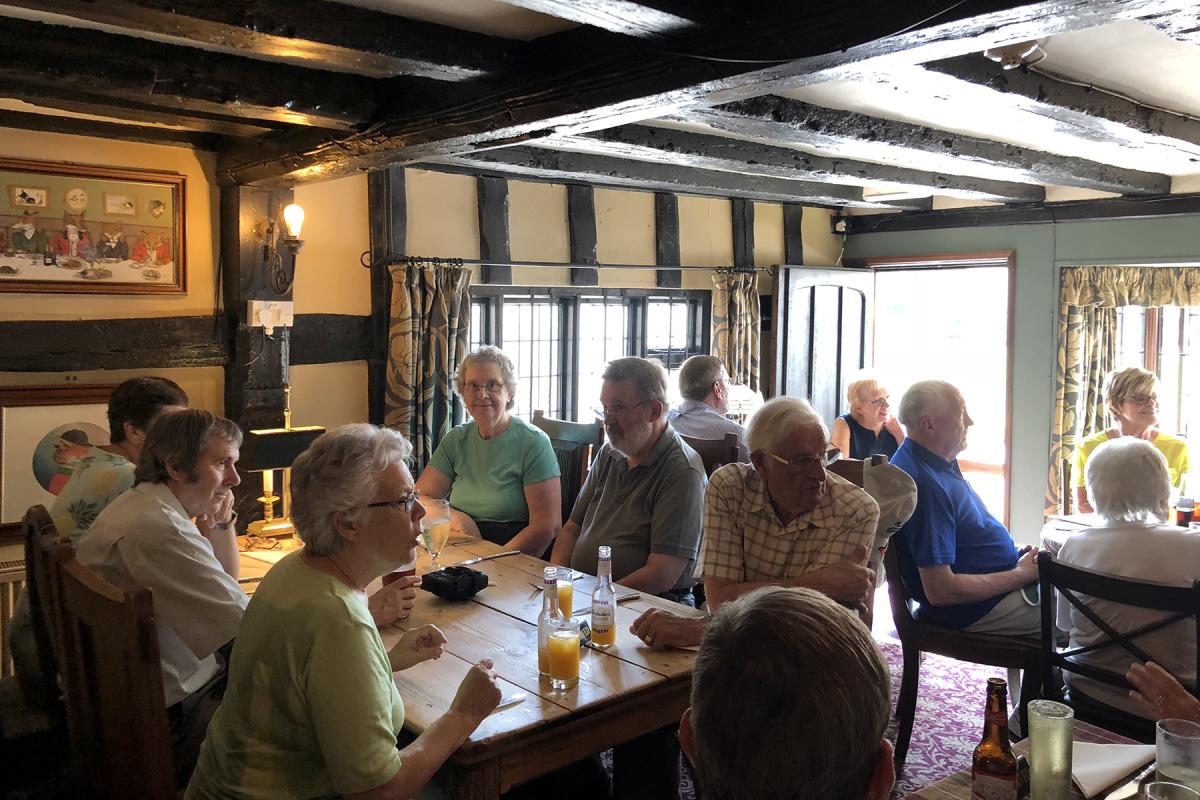 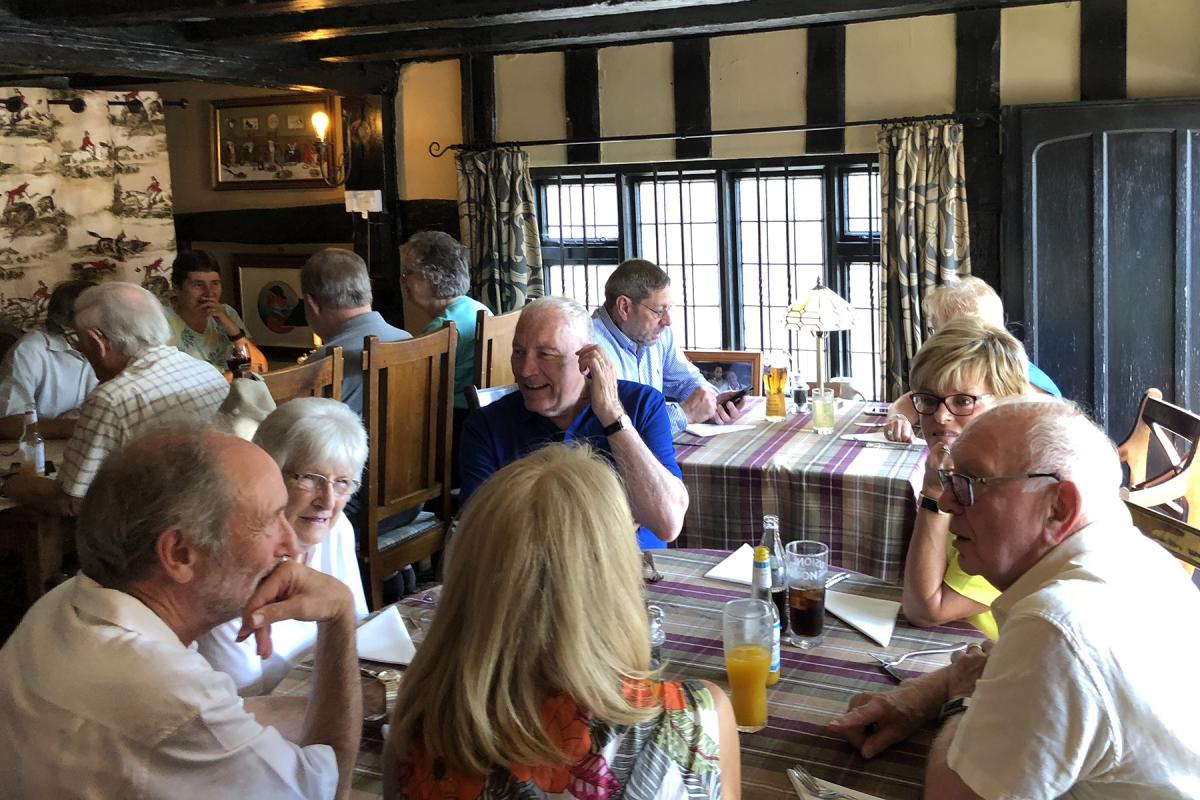 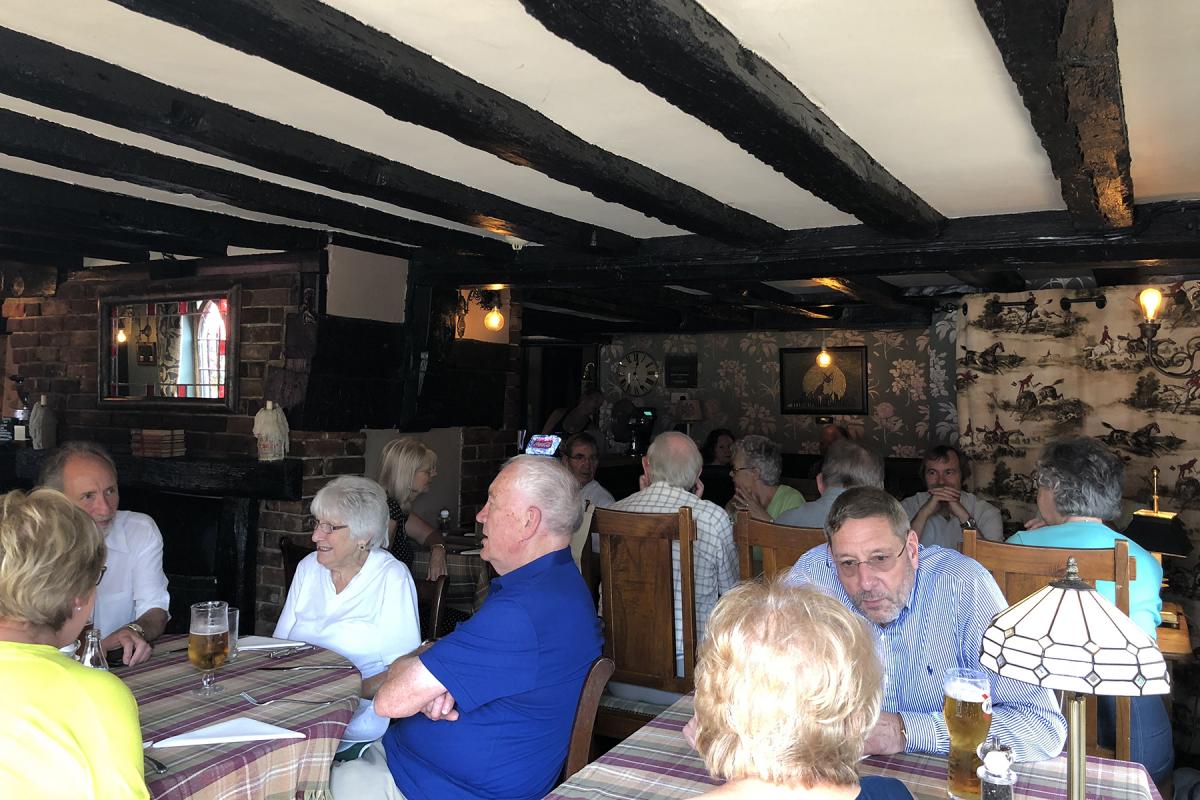 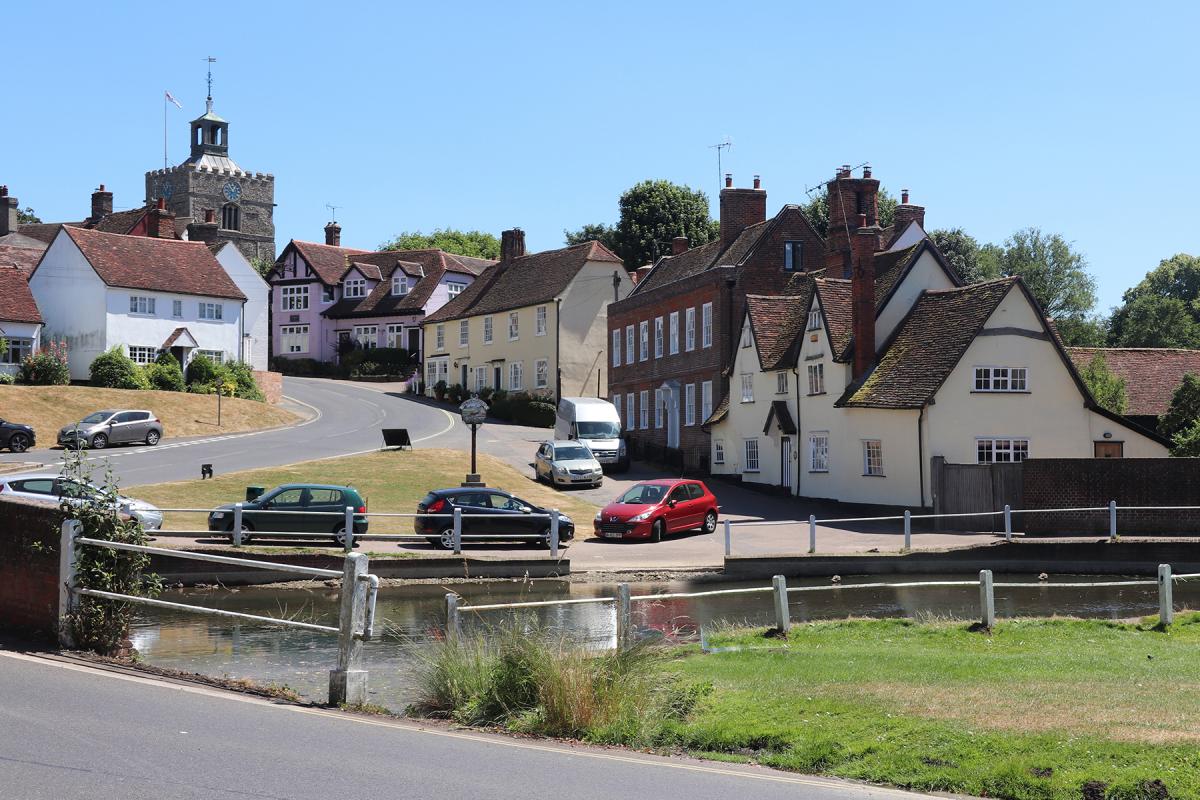 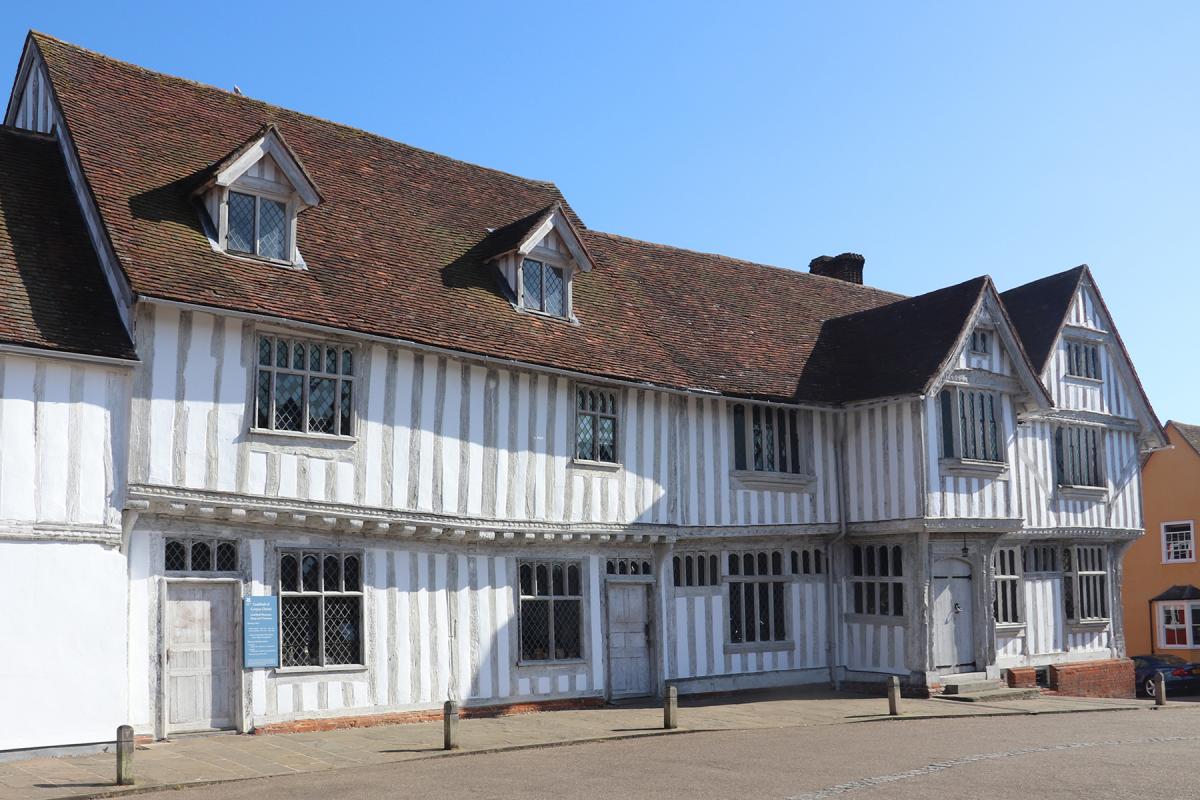 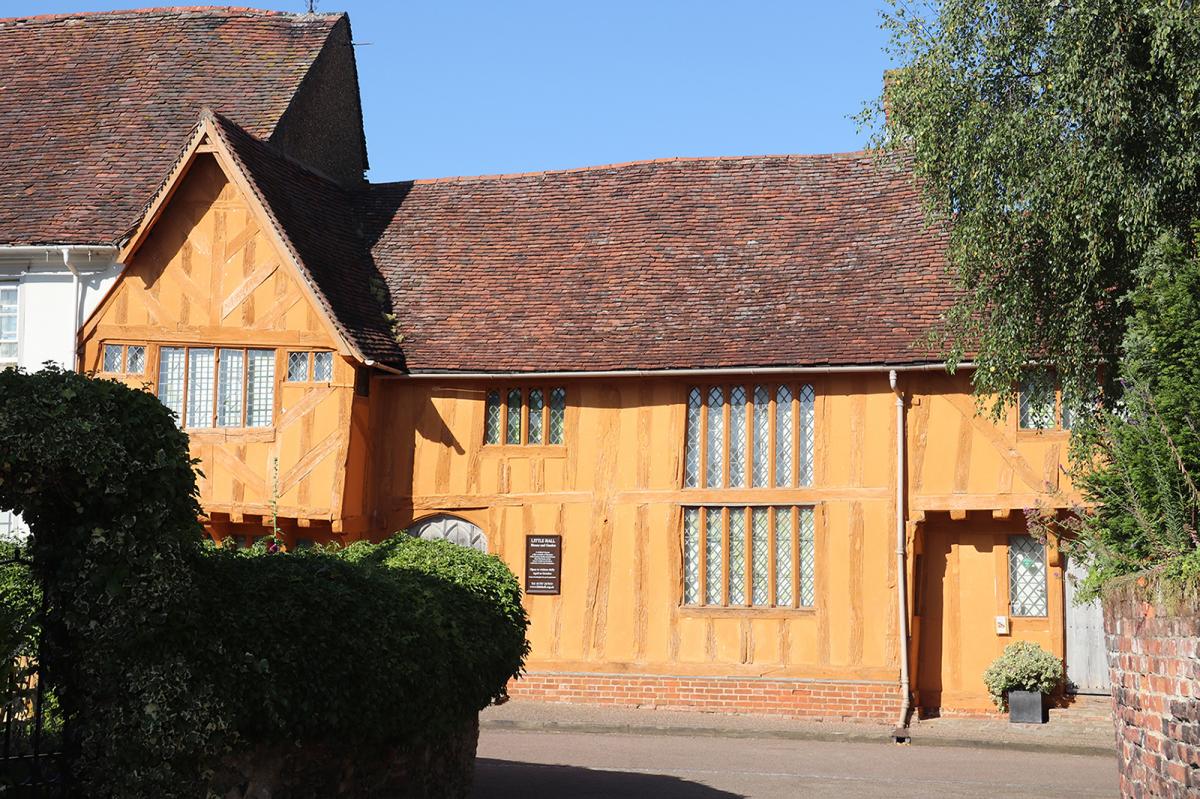 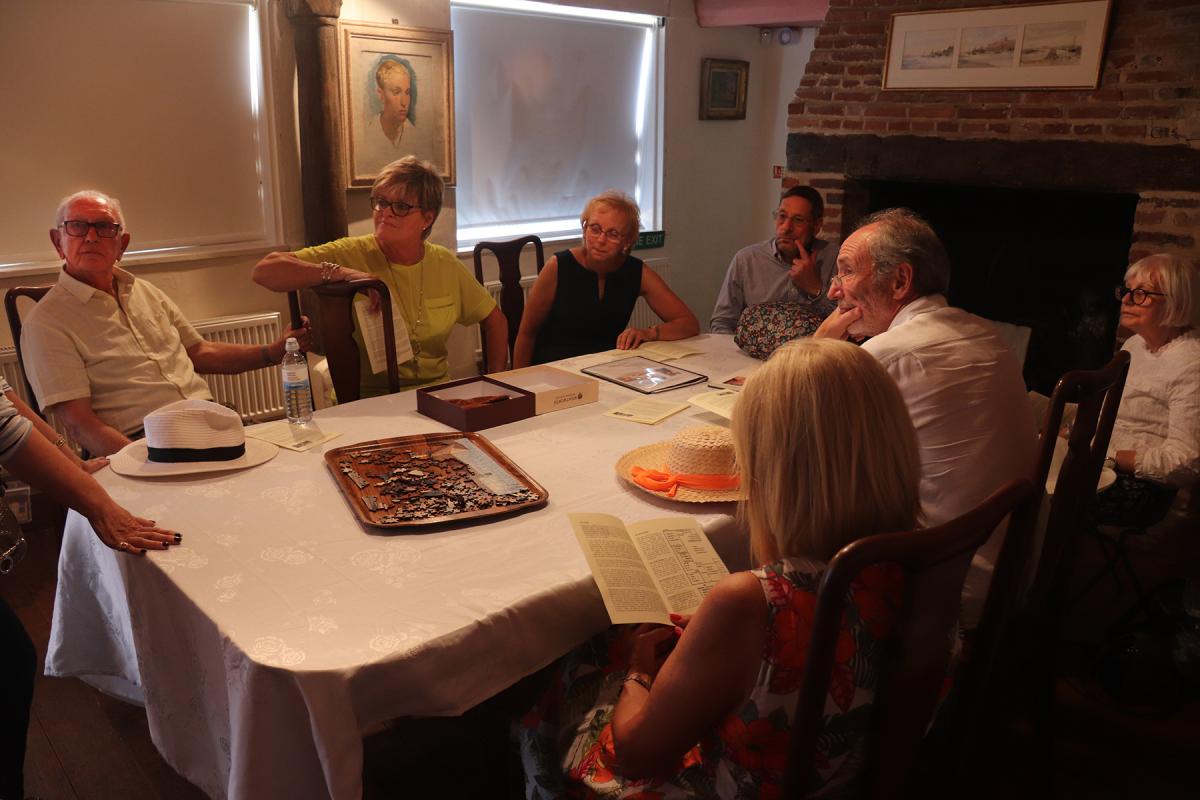 The Guide explains all

Hot ticket for a hot day

It is traditional in the Rotary Club of Billericay that the outgoing president arranges a President's Day for club members to celebrate his year.  This year it was built round a trip through some of the most picturesque areas of northern Essex and south Suffolk, ending up with a traditional champagne cream tea at the historic Swan Hotel in Lavenham.

We started at 11.00 a.m. from Billericay with everyone receiving a “goody” bag with information on Lavenham and its sights, a bottle of water, puzzles, crisps, notebook and pen/pencil – and even a chocolate bar although that might not have survived the heat!  The bags even contained a poncho, just in case the promised thunderstorms actually materialised!

We left from just outside the Methodist Church in Western Road, and within walking distance for half of the participants.  A small modern coach with plenty of space (we only half-filled it) took us north through the Essex countryside, around Braintree and on to Finchingfield.

It is often called the most beautiful village in England dating back to the Domesday book, a "picture-postcard" village and one of the most photographed, with a duck pond and village green surrounded by Georgian and medieval cottages; St John the Baptist Church on the hill; and an eighteenth-century windmill.  It often has appeared in television programmes, films, and commercials, as well as on chocolate boxes, biscuit tins, and other products.  (It was the home and is the burial place of Dodie Smith, whose books include The Hundred and One Dalmatians in 1956).

The sights were not the only attraction. Not least, the famous pub, the Fox, a beautiful 16th century coaching inn in the heart of Finchingfield, overlooking the village green and duck pond.  Here we stopped for a delicious light lunch, pre-ordered by our participants from the standard menu.  Service was friendly and efficient, and the food came quickly, almost immediately after our arrival. Delicious.

Time for a short wander around the village for those who could take the heat on what was almost the hottest day of the year, and then all back on the coach for another picturesque drive through the countryside, round the north of Sudbury and Long Melford – a beautiful drive.

Finally, on to Lavenham, one of the UK's most beautiful and best preserved medieval wool towns, located in the heart of Suffolk, with its shops, galleries and ancient architecture.  Ample time, for those who could face the heat, to wander around the town, enjoying the galleries and the shops, or, visit the medieval Guild Hall (a National Trust property) or, as ten did, tour the “Little Hall” where a group price had been agreed.

Only too soon it was time to repair to the Swan hotel, a stunning 15th century luxury hotel in a tudor style and steeped in history.  Some arrived early for a quick drink but shortly after 4 00 p.m. we all went to the MacCullum room reserved for our arrival.

A long refectory table awaited us, with white table clothes, beautiful china and Jo, ready to serve us our sparkling wine aperitif.  And especially welcome, the cool of an airconditioned room.  All seated, and then a traditional English cream tea  - sandwiches, scones, piles of cream and jam, tea and coffee and a cake.  As much as we could manage.  Free flow of conversation, hot drinks, great sparkling wine and loads of food.   What more could we have asked?

Finally, just before 6.00 pm it was time to reboard our coach and return to Billericay – replete but having had a great day.