Fundraising evening for the Essex and Herts Air Ambulance 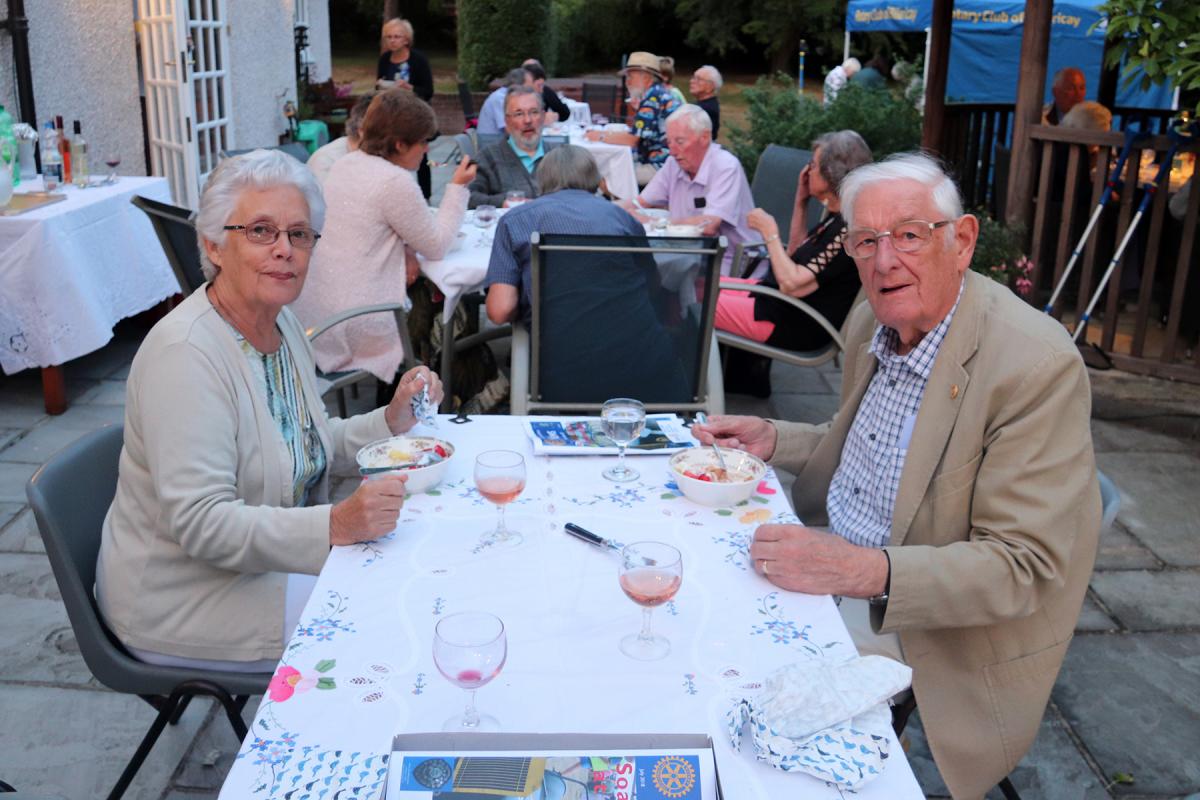 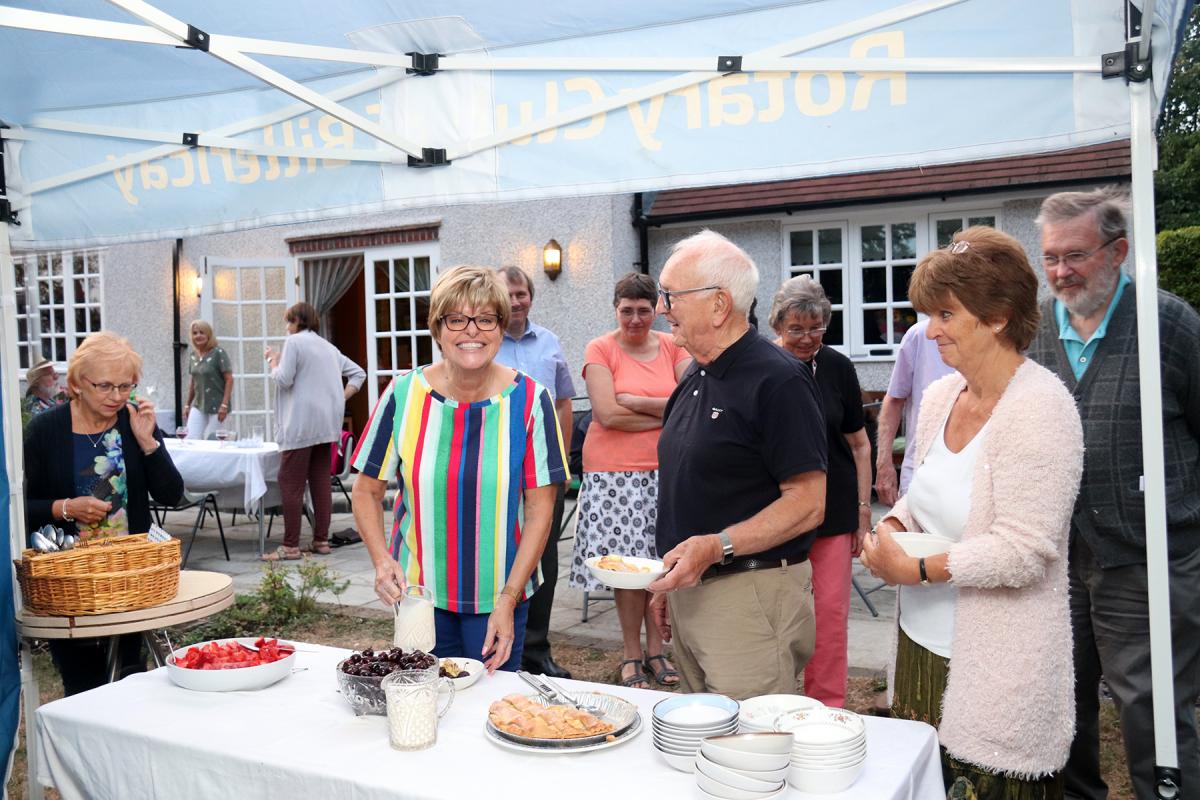 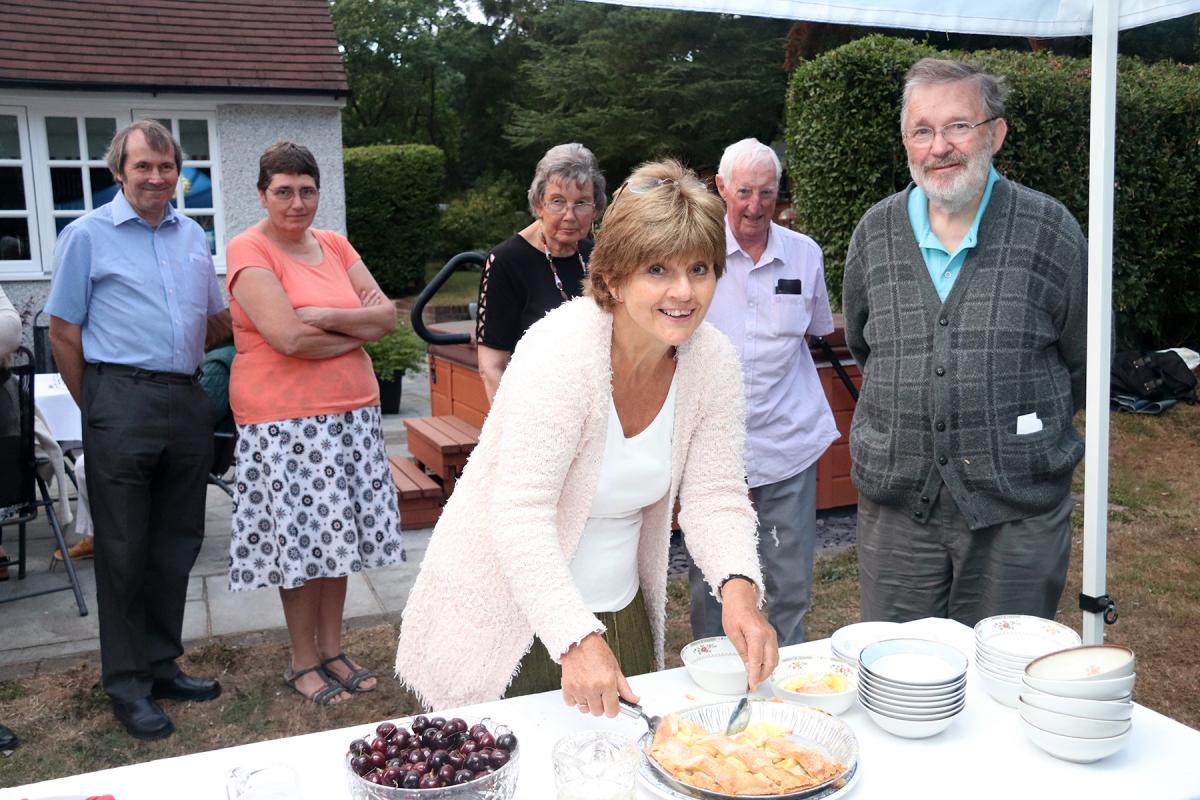 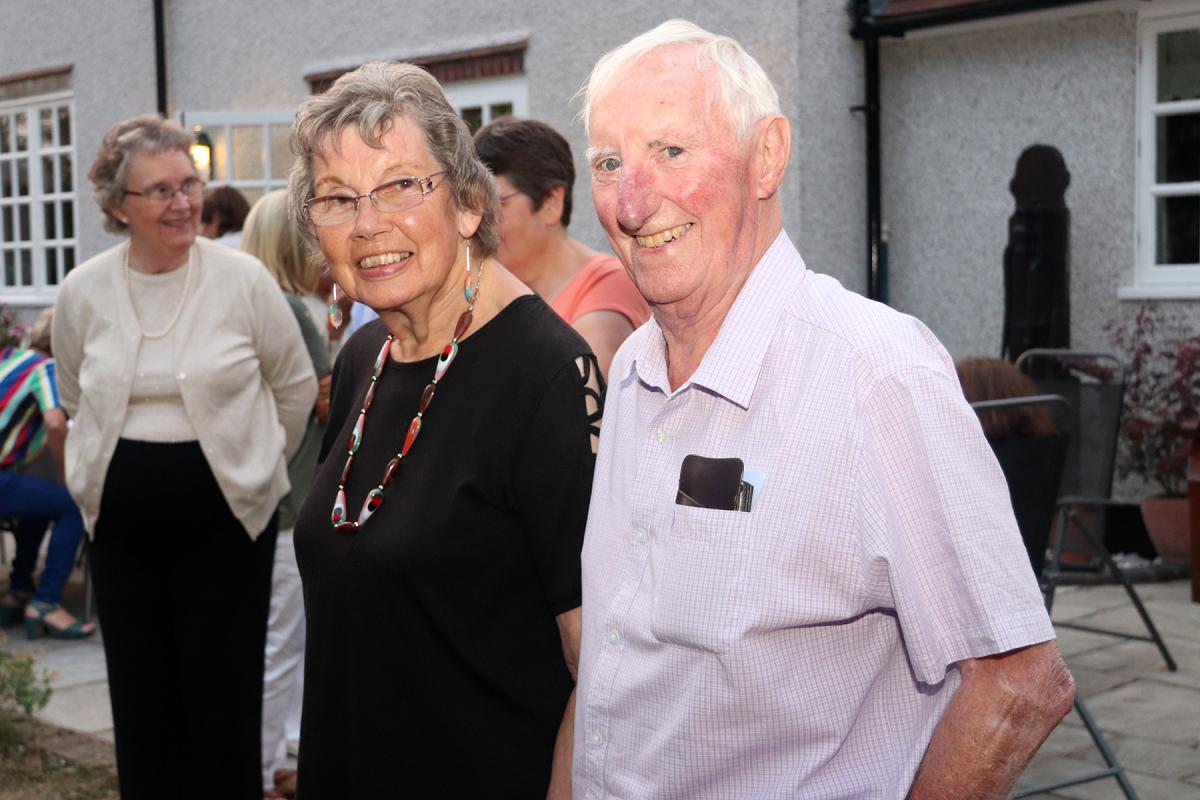 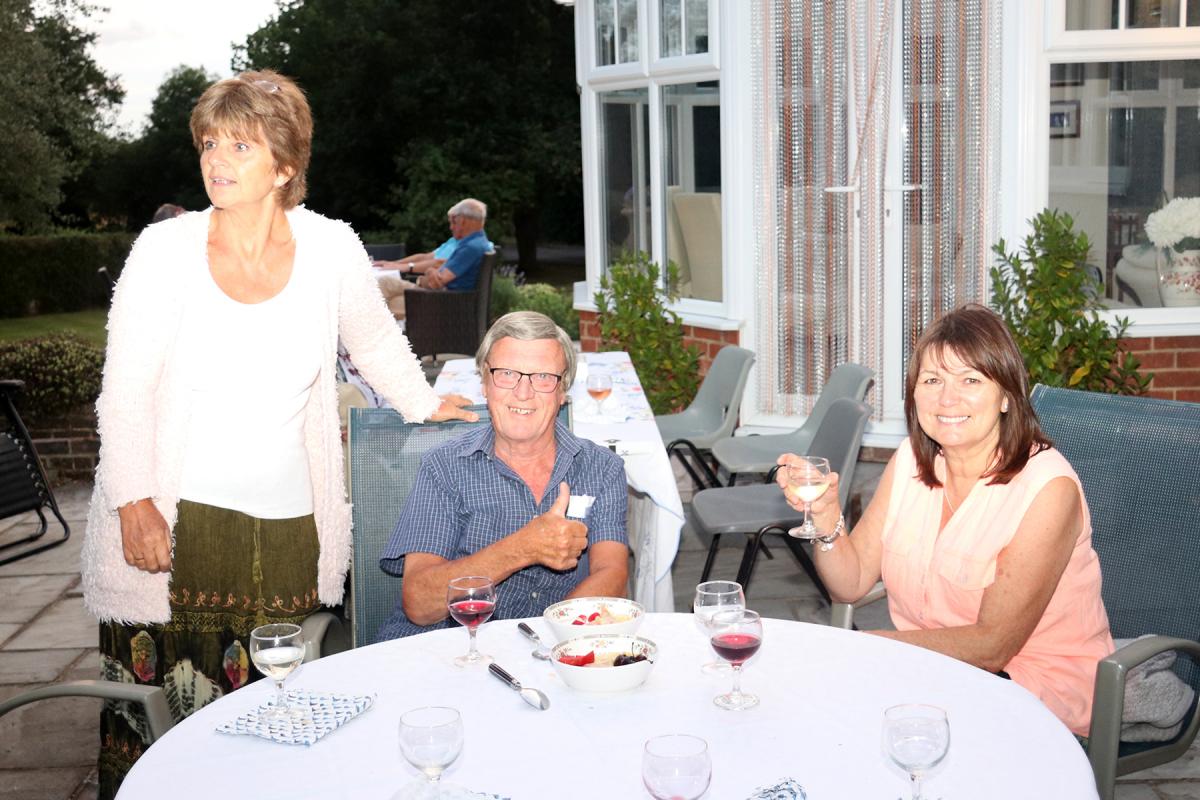 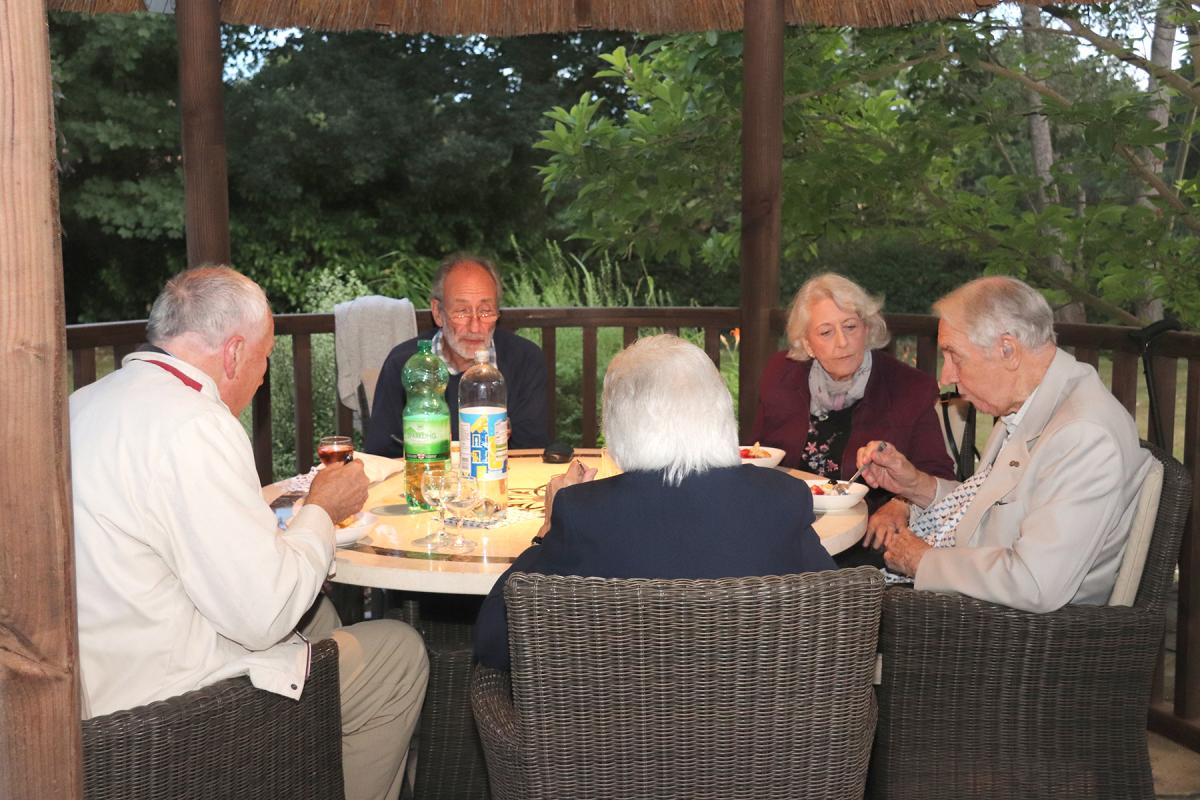 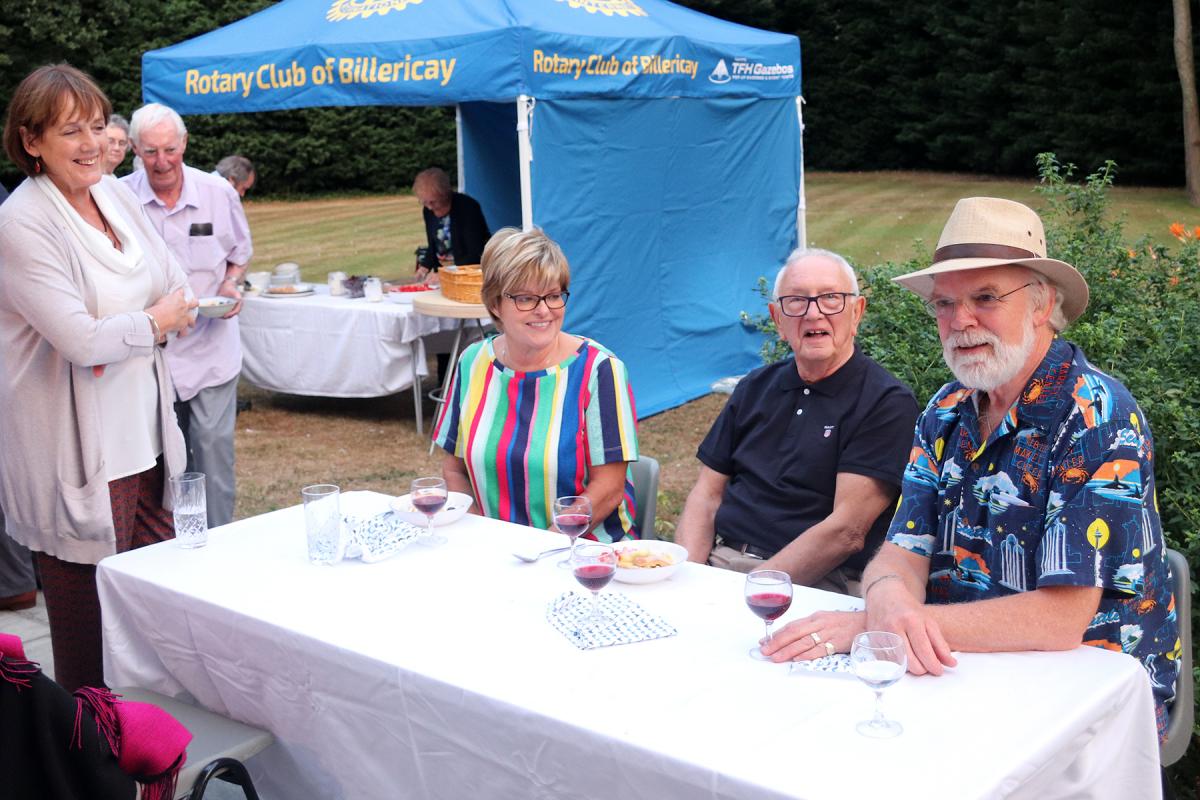 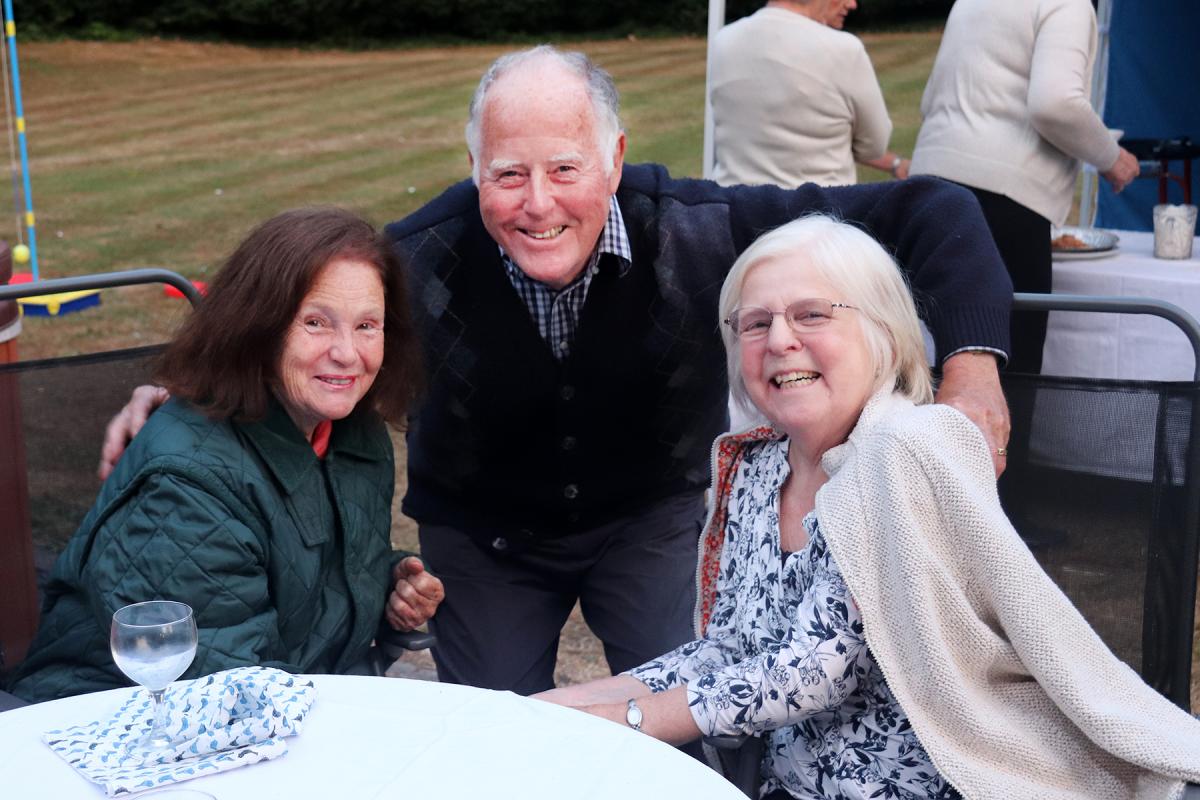 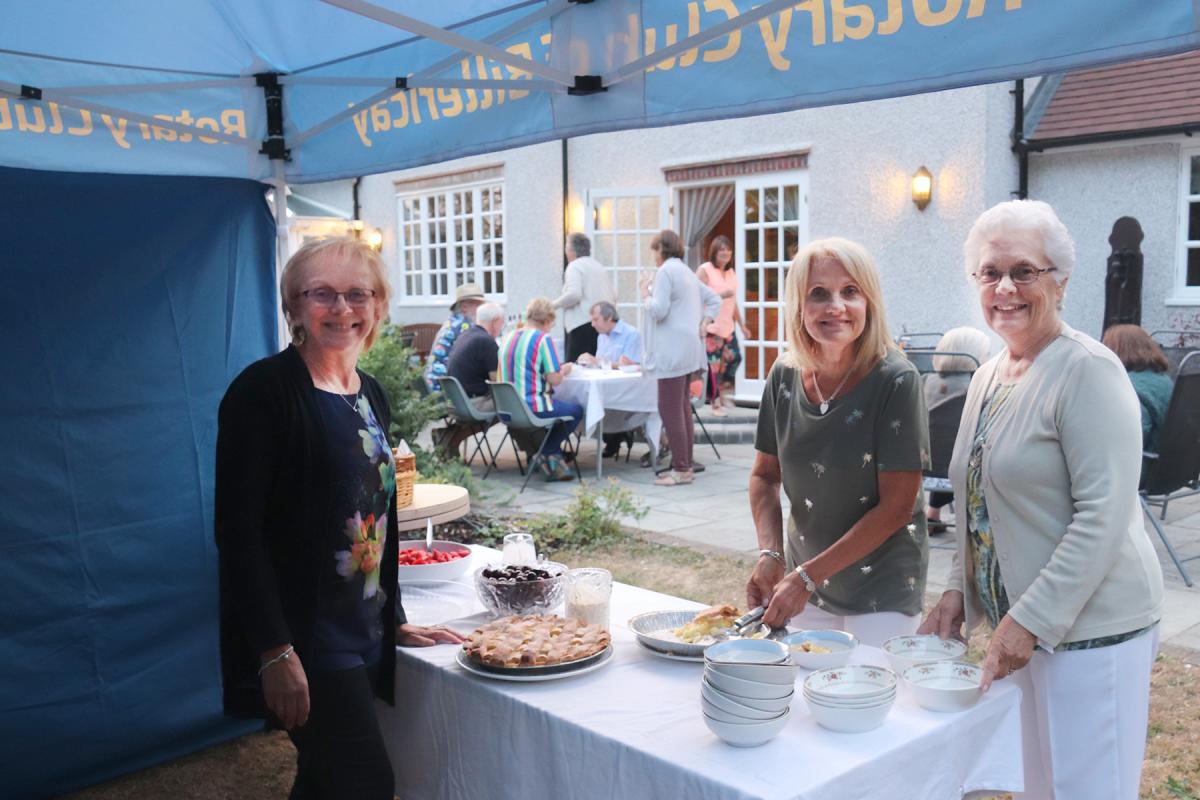 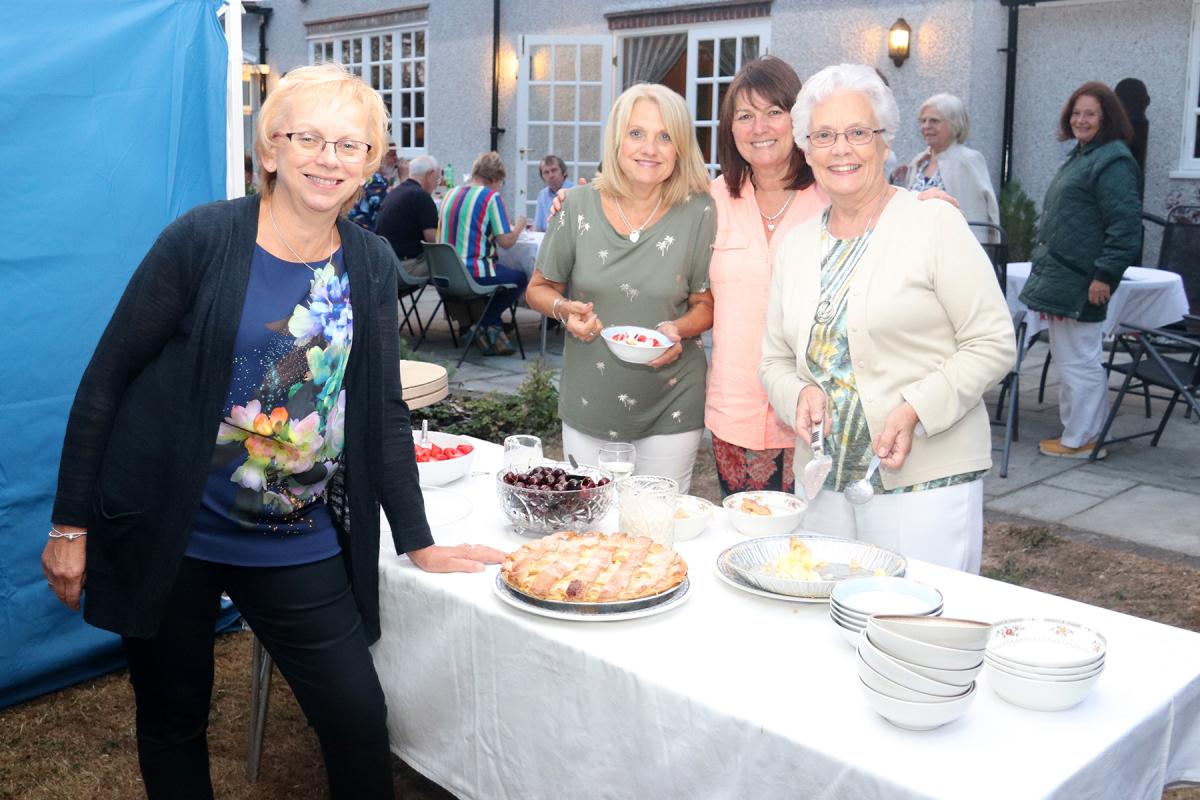 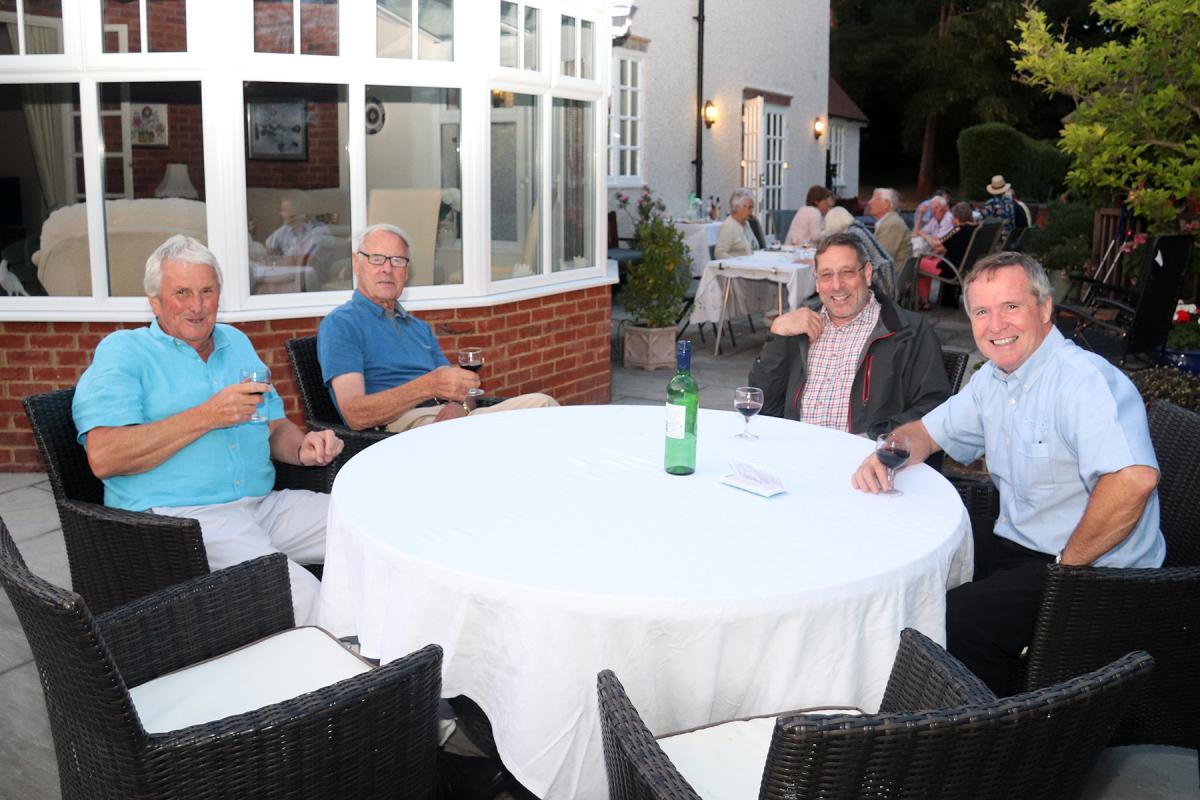 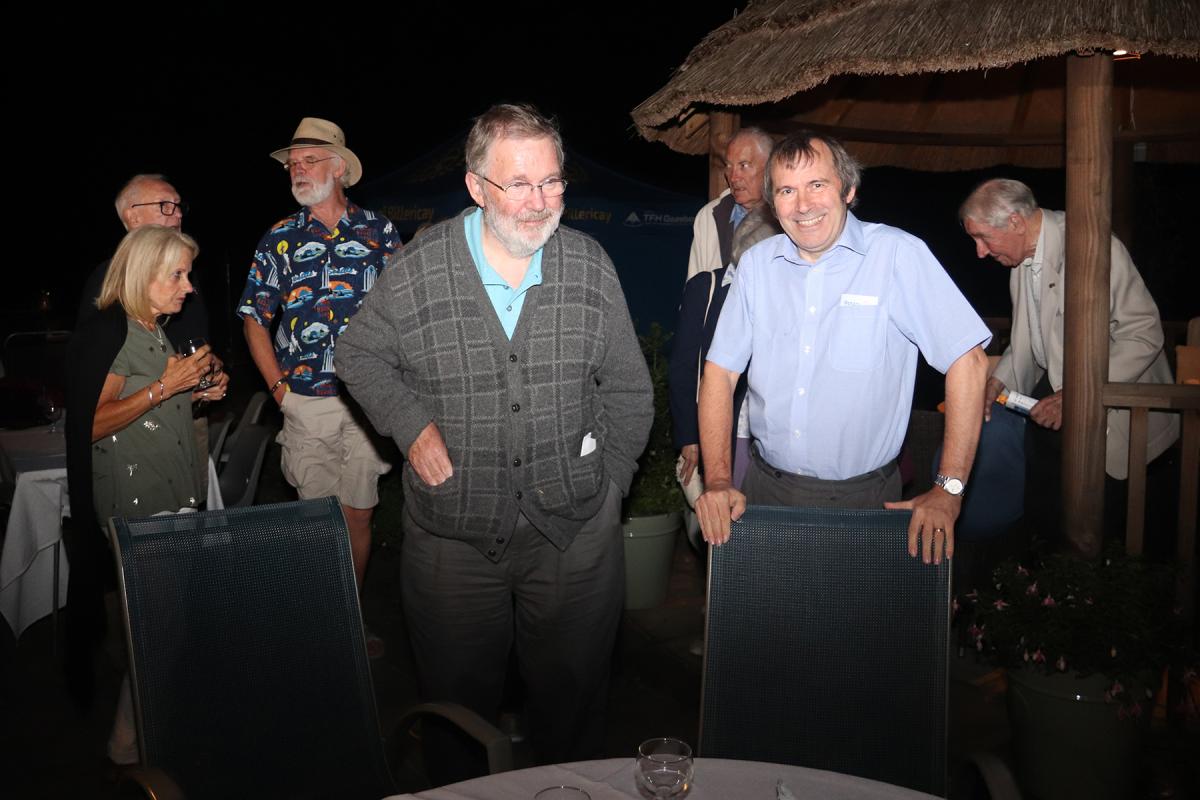 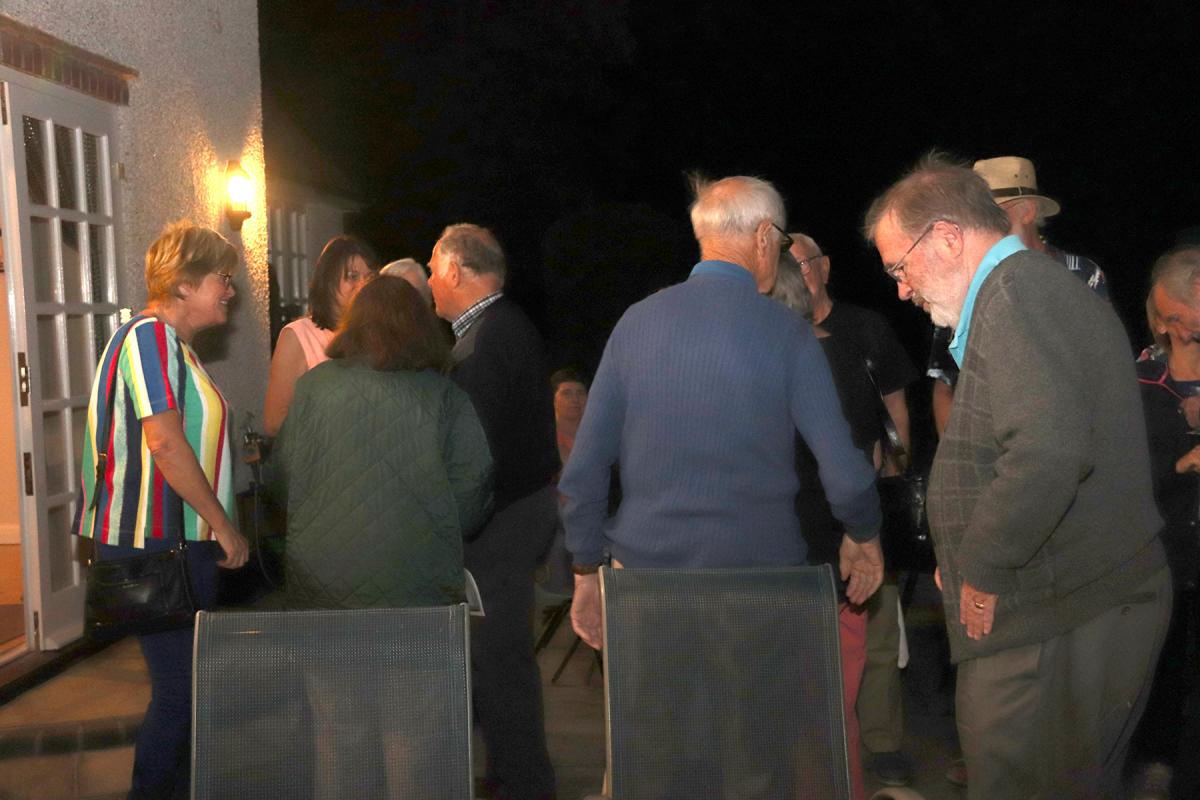 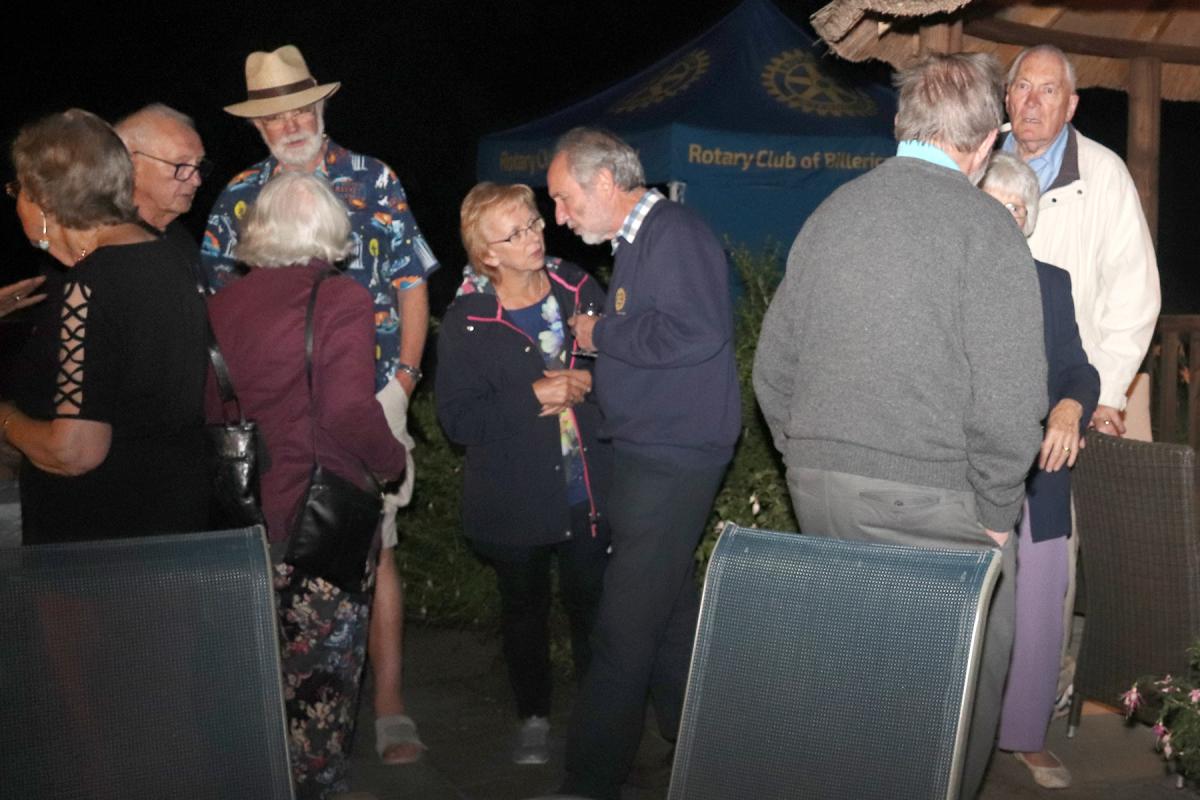 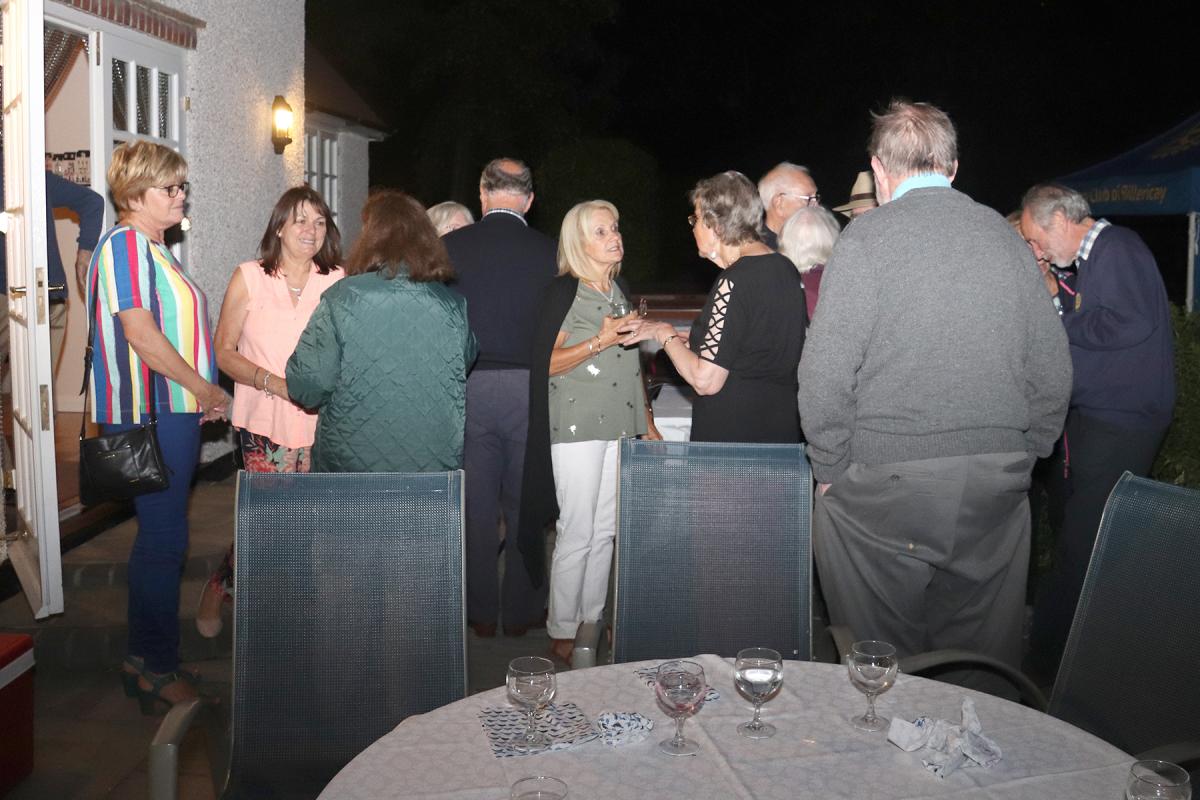 There is always something special about having an extra Monday in our Rotary month. No formal lunch, however entertaining; instead a chance to “dine out” and party.  So, it was on July 30 when friendship and fellowship met up in the form of members and partners at Brook Lodge for an evening of chicken paella, cooked and served by Carol Rothon and hosted in immaculate style as always by Patrick.

Plenty of parking in the field as we arrived, and what a sight greeted us with Patrick’s gazebo ready for all comers, ample tables and chairs all laid out ready for the guests, and plenty of wine and other drinks ready for our consumption.  And there was the club Gazebo, hosting the cooking rings with Carol hard at work cooking the Paella ready to serve us later in the evening.

The drinks waiter was good too – fellow by name of Roger - as everyone was handed a glass of white or red (another multi-choice event!)  on arrival. All but three members, all absent for good reasons, were there.  After the usual exchanges of meeting, we all adjourned to tables and conversation flowed.  The cry of “Food Served” resisted an untidy scramble but notice was taken of the first takers (no names) to head the queue.

Needless to say, the paella was superb, prompting one member to say to Carol: “You do make the loveliest paella.” and immediately refilled his plate.  Nice compliment but when later, he said: “Carol, you do make a lovely apple tart,” one began to see in him evidence of a great charmer. He was right of course. The apple tart, and the cherries and strawberries and cream was delicious – so thank you, Carol.

Roger may have proved an excellent wine waiter, but he is getting forgetful these days. How can the organiser of the 100 Draw forget to bring the winners' bag especially when the treasurer has remembered his cheque book?  Still it did delay cries of “Oh no – not him again!”

New president Les Sheppard thanked Patrick and Carol in a fitting finale when, everyone having chipped in to pay their way, it was announced that the event had raised £547 for Essex Air Ambulance.  Another great evening.  Another great cause.