Our Club welcomes both local and international visitors 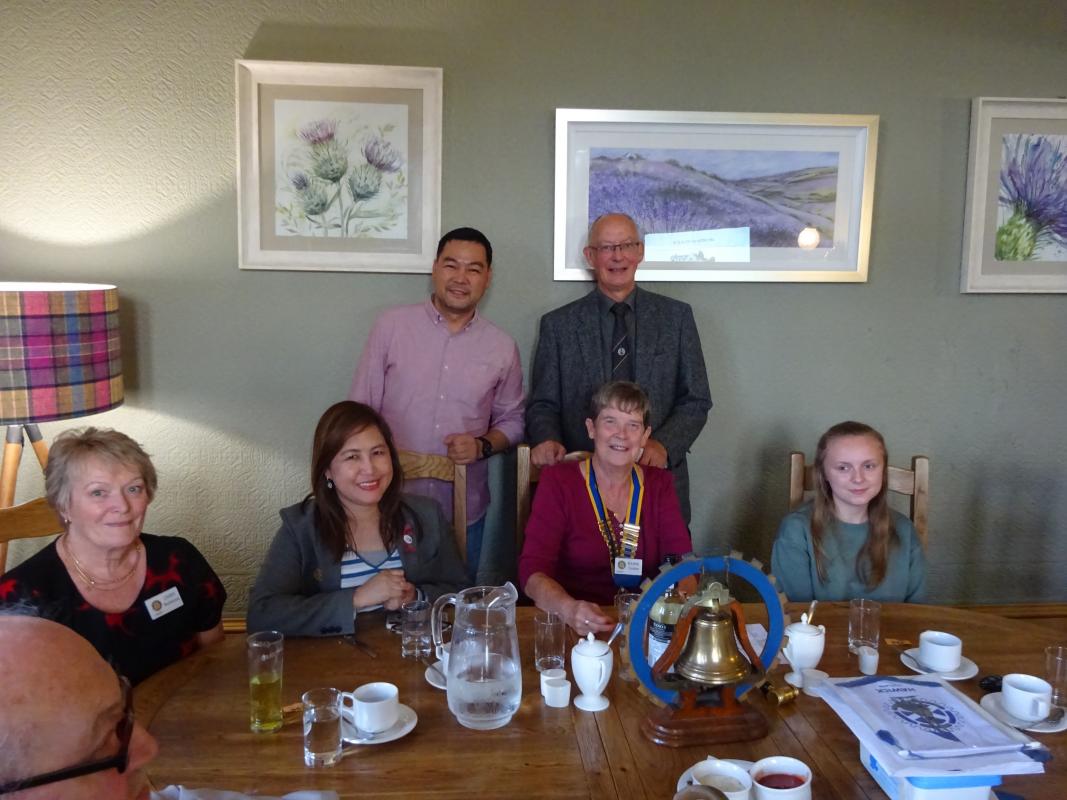 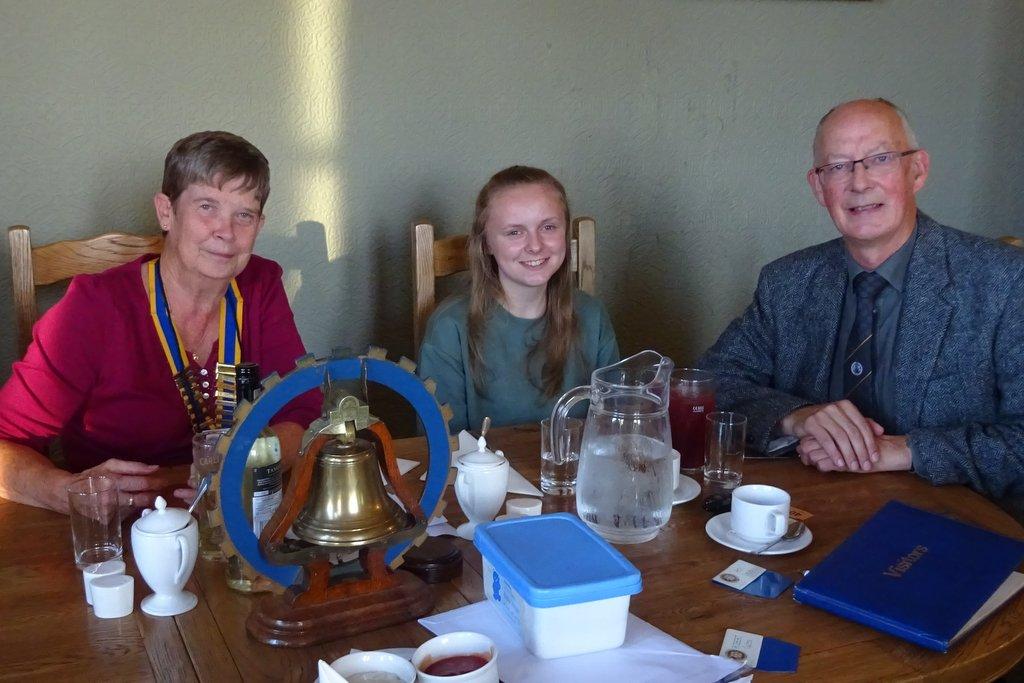 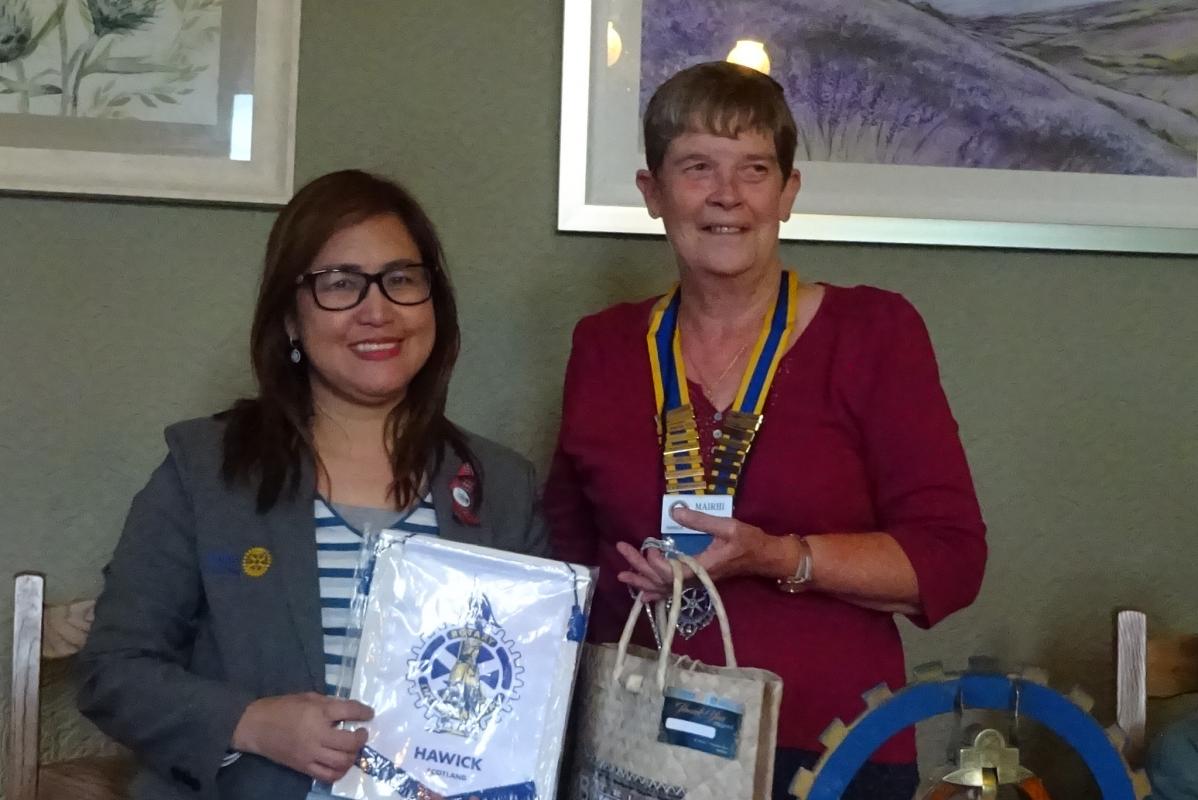 President Mairhi Trickett chaired last week's meeting of the Rotary Club and welcomed several visitors. President Ana Marie Dellora, President, Immediate Past President Marysel Olivan and her husband District Governor Nominee Everett Olivan of the Rotary Club of Naga City, Philippines, were part of a delegation from the club visiting Selkirk Rotary Club and thanked the Hawick club for their contribution to the project earlier this year in their country.  Also present was this year's RYLA [Rotary Young Leaders' Award] student Amelia Kench who gave an excellent powerpoint presentation on her participation at the Ardeonaig camp in July. She gave an account of the camp's activities which she had thoroughly enjoyed and which had increased her confidence. This was ably  demonstrated in her polished talk and sheexpressed her appreciation of the club's decision to select her.
It was reported that as a result of club members assisting at the Border Union Agricultural Society Show at Kelso, in handing out wrist bands to children, £212.35 had been added to the club's finances.
Several members and their wives attended a social function in The Haining, Selkirk on Friday evening and bade farewell to the visitors from Naga City Rotary Club, Philippines who returned home the next day.