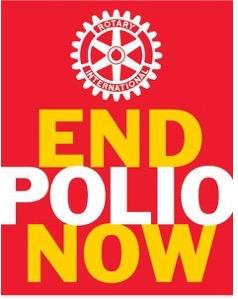 Rotary does many things to help local communities but one of the initiatives that is probably least known is the one we are most proud of – the fight to eradicate polio from the planet.

For most of the UK population under the age of 60, polio probably seems like one of those diseases that was wiped out many years ago, but the older people amongst us can still remember being at school in the 50s and 60s with children who had contracted polio and whose lives had changed for ever.

Thanks to the introduction of the Salk vaccine and a policy of mass vaccination, polio was gradually eliminated in the western hemisphere but was still prevalent in other parts of the world.

In 1979 Rotary began its fight against the disease by helping vaccinate 6 million children in the Philippines.

In 1988 Rotary and the World Health Organisation launched the Global Polio Eradication initiative. At that time, it was estimated that there were 350,000 cases each year in 125 countries.

By the year 2000 a record 550 million children had received the vaccine and the Western Pacific region spanning Australia to China was declared polio-free.

So, where are we today?

We have helped immunize more than 2.5 billion children against polio in 122 countries. We have reduced polio cases by 99.9 percent worldwide and we won't stop until we end the disease for good. Last year Afghanistan and Pakistan were the only countries where the disease was still classified as endemic.

How you can help – support your local Rotary Club in its fundraising efforts and/or donate direct at www.endpolio.org/donate - thanks to the Bill & Melinda Gates Foundation your contribution will be tripled.

Thanks to a very successful Bookham Brunch we were able to donate £1,000 to Sight for Surrey.

A Night at the Opera - a Touch of Glyndebourne

Songs from the Shows

Help us Make a Real Difference 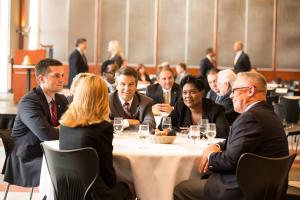 What we do and how you can help 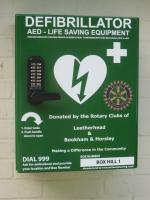 In conjunction with Leatherhead RC this AED is now installed at the NT Box Hill cafe.

The result of a successful fund raising event. 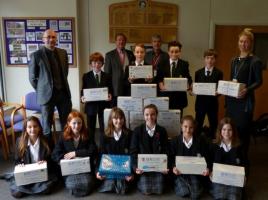