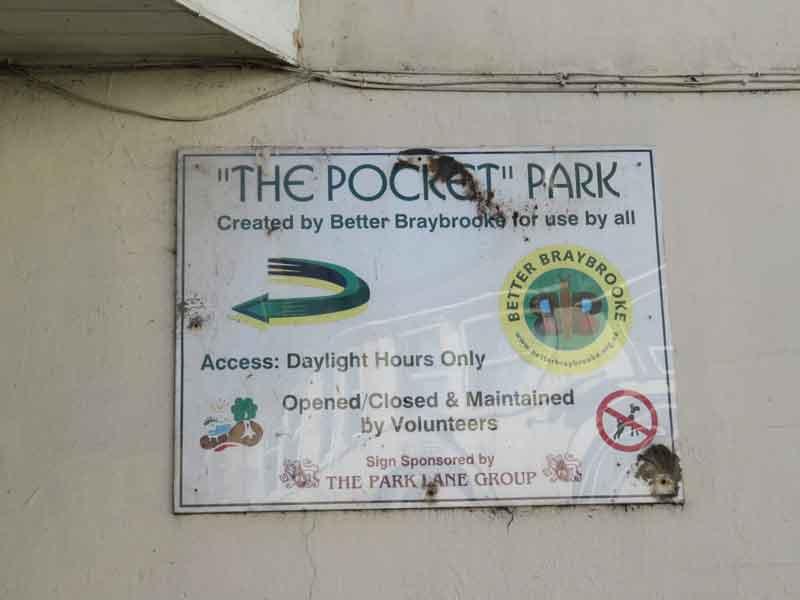 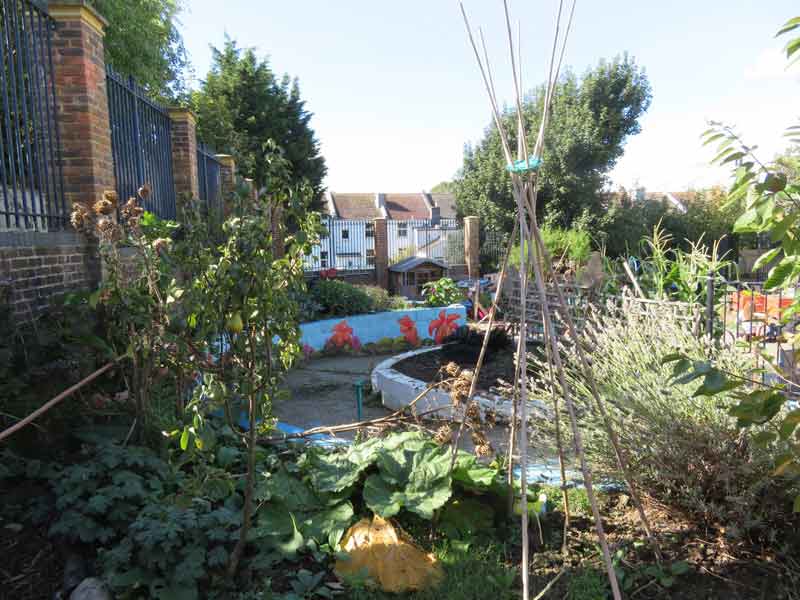 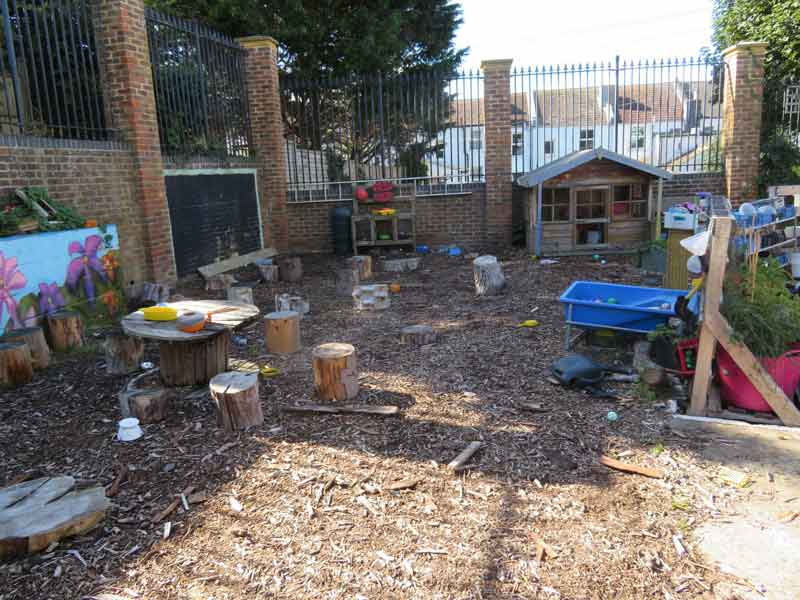 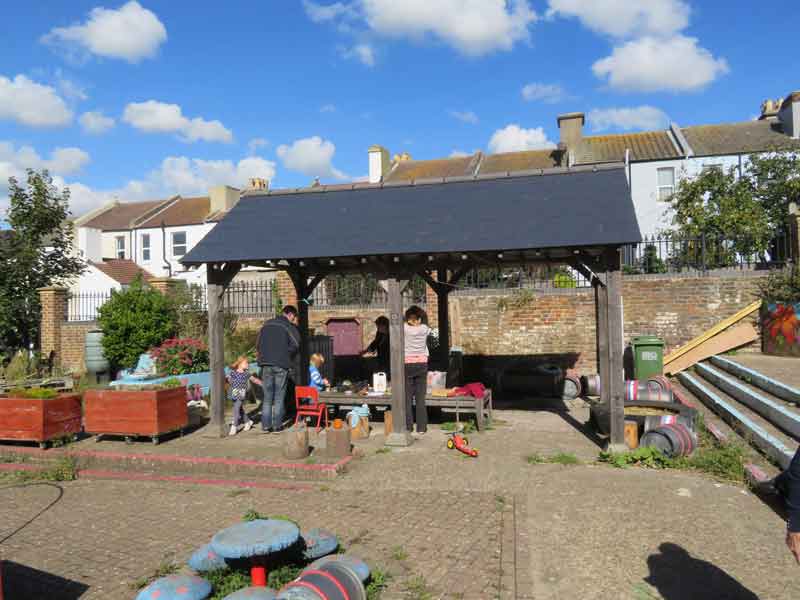 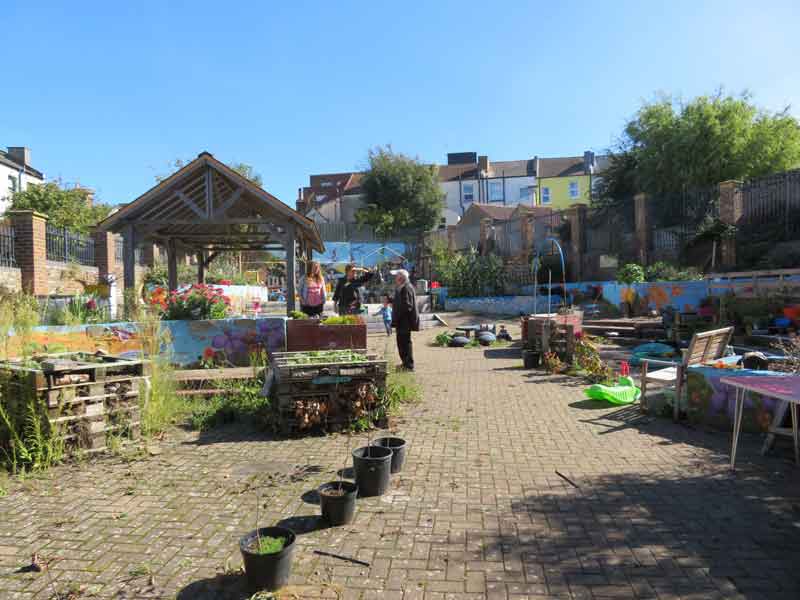 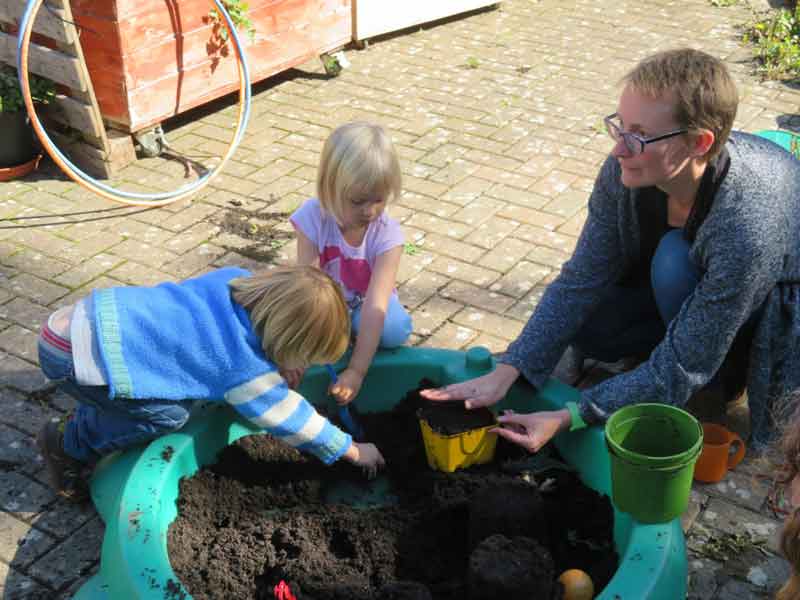 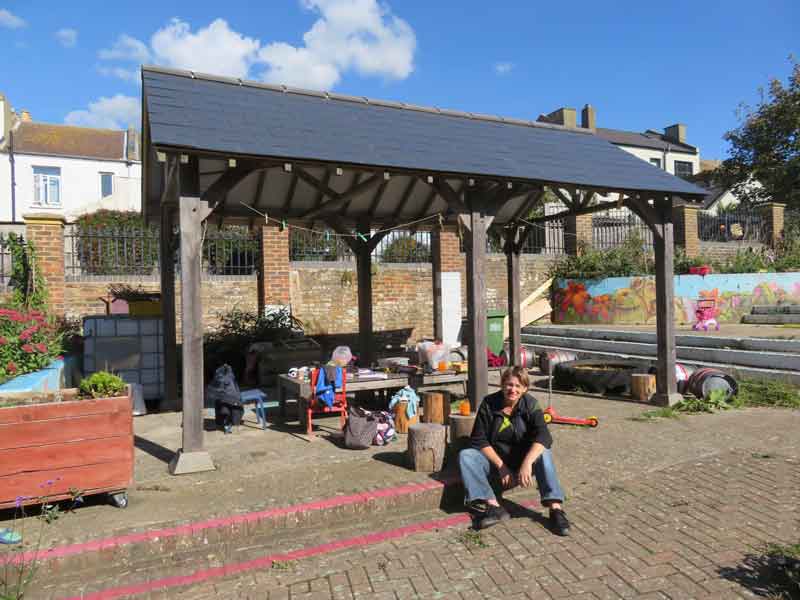 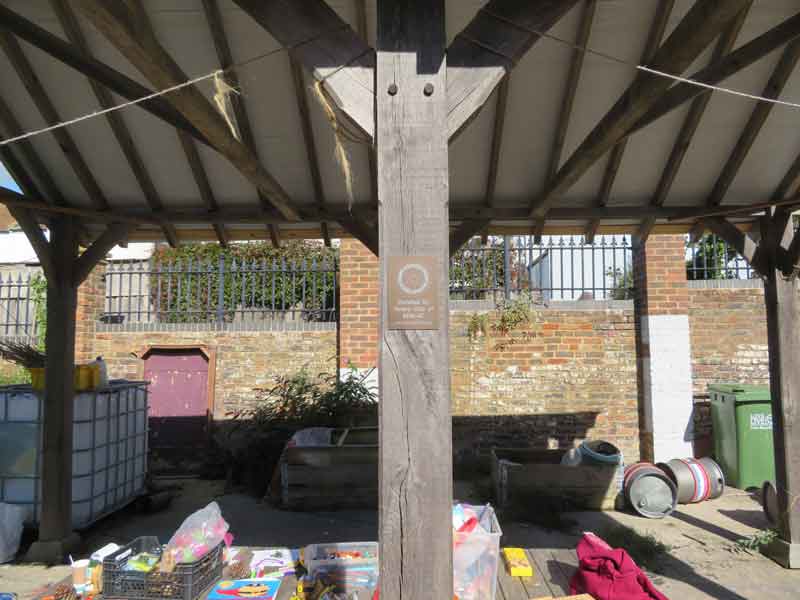 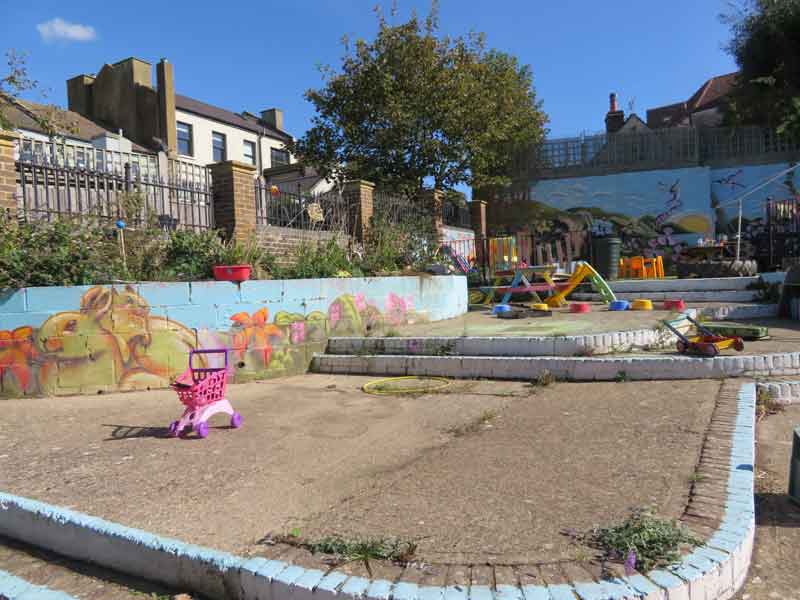 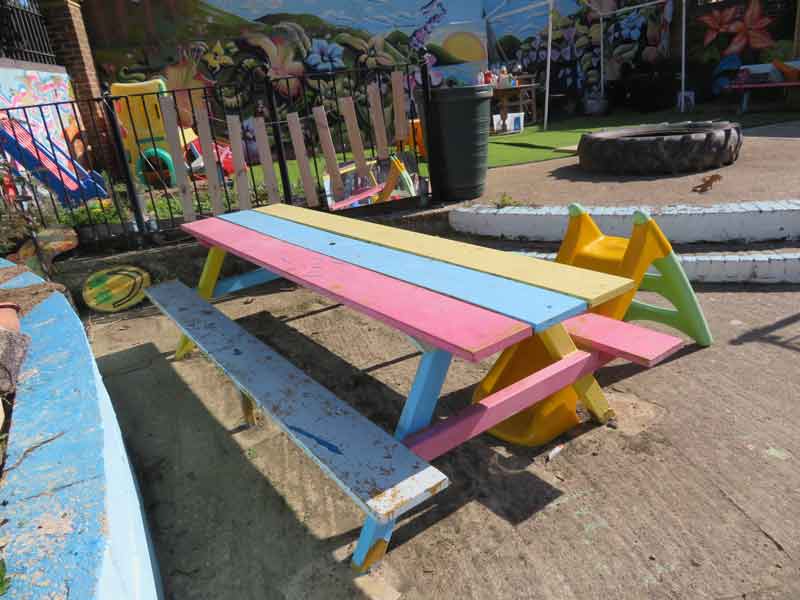 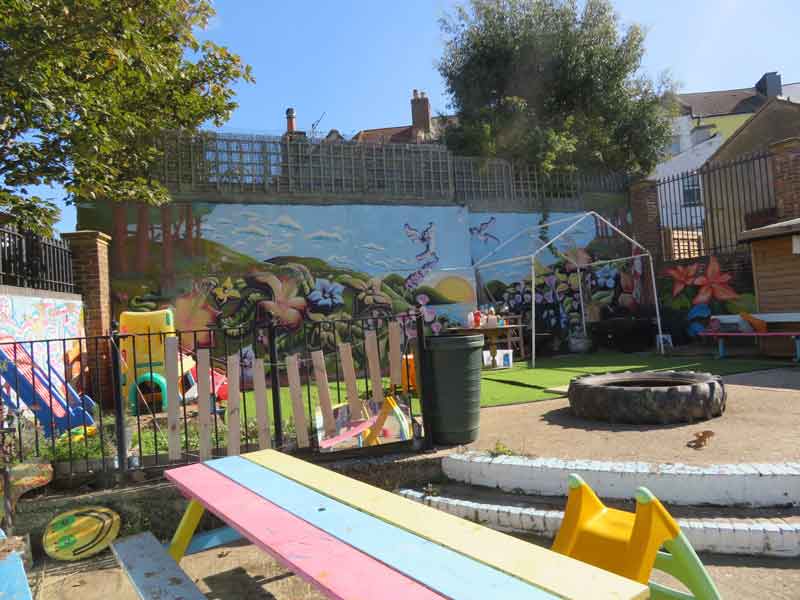 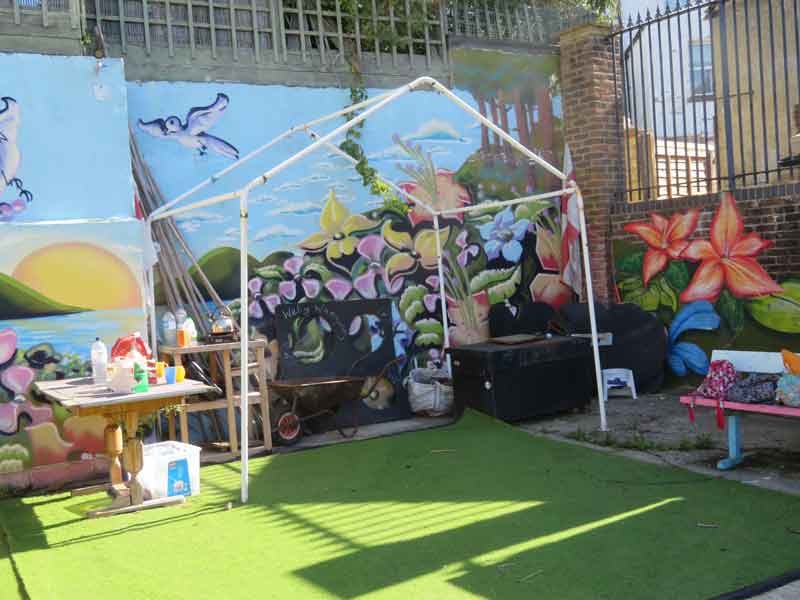 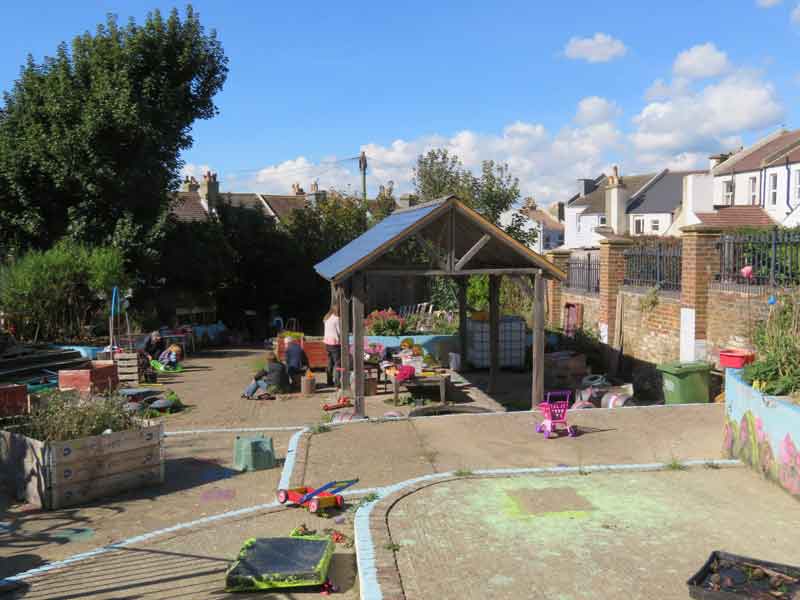 Last year it was agreed to support a project being undertaken in a deprived area of Hastings. The Braybrook Pocket Park had been set up a number of years ago but took off about 8 years ago following the appointment of Peter Messett as Chair. The Park is entirely reliant on volunteers and donations, no charges are made, and over a period of time they have been able to gradually increase and improve the facilities with help from the National Lottery, local organisations and volunteer labour. The mural was painted by a local artist, the step area painted by people on Community Service and the shelter frame built by students from the local college. However the shelter had no roof and the Park no money to pay for it. Council agreed to meet part of the cost and seek a District Grant to match. The application was accepted and the work has been completed over the past few weeks.

I visited the Park on 25 September and met Peter Messett and Sue Horgan, the Park’s organiser and co-ordinator, and was greeted with, “We are so grateful to you for the money. We can shelter from the rain instead of us all crowding into the playhouse!” The shelter will also provide sun protection of which there was none before and, as there is no piped water supply, a water-butt filler.

The Park has a strong community focus and is for use by all ages as a meeting place and, for the children, a learning play park. There are flower and vegetable beds, dirt, mud and soft play areas. The park has also been used by the scouts, occasionally by the local church for Sunday School and for Christmas Carol services.

Initially there was a lot of anti-social behaviour and vandalism but much of this is now past and the badly behaved youngsters are now amongst the politest and most willing and the neighbours have set up their own watch and report system.

In my view, having seen the Park and met with the organiser the project was well worth our input.