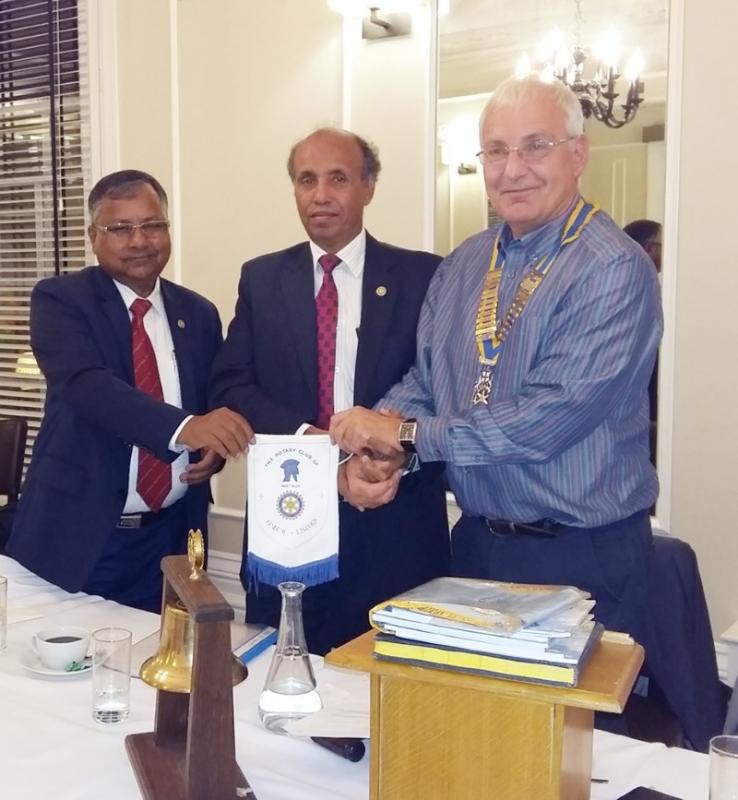 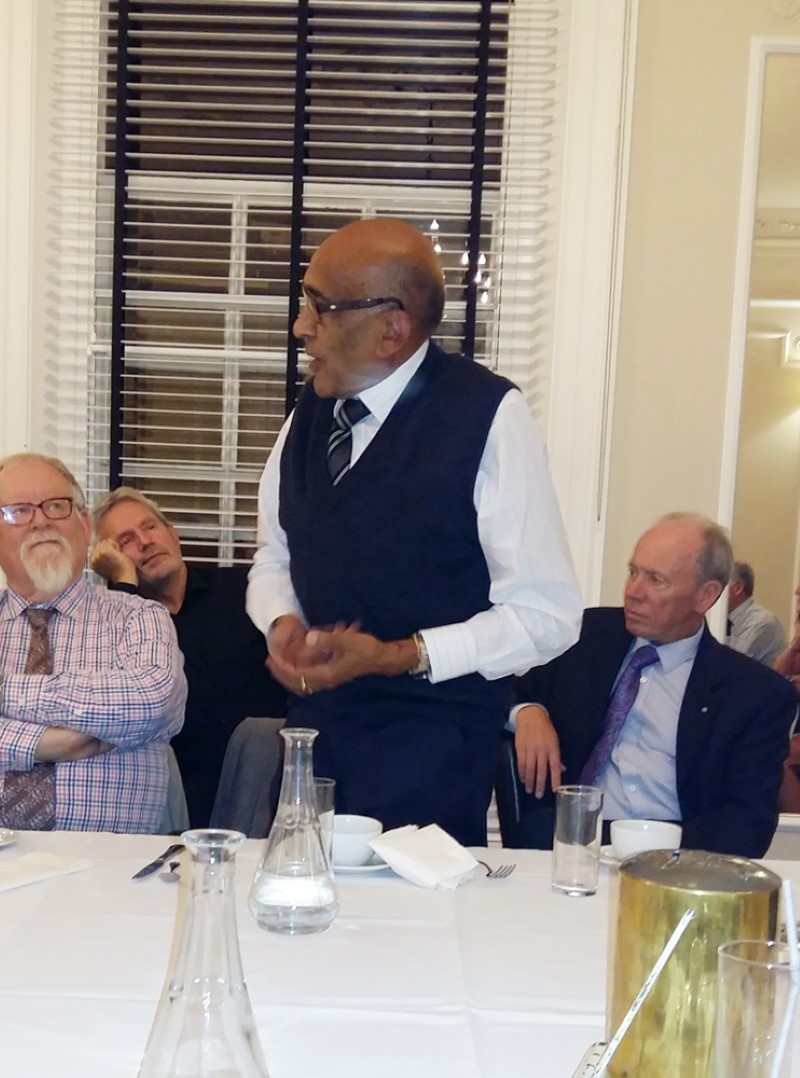 Simon Kalson with our visitors

Interview on BBC Radio Lincolnshire with Melvyn Prior

Visit to the Mayors Parlour Lincoln

Bashir Bhuiyan and Shahid Ullah from the Rotary Club of Dhaka New city visited the Club on Thursday October 4th to update the clubs members about the two clubs joint project to provide clean drinking water.

A total of 79 wells have now been sunk across 27 villages, allowing 24,000 people access to arsenic free water for the first time. The total cost of £48,000 was financed through fund-raising, sponsorship (The House of Shah), contributions from other Rotary Clubs and Rotary grants.

Bangladesh has one of the worst environmental problems in the world. Natural arsenic exists in top soil and causes many health problems, even death. The answer is deeper water wells. The village of Bhongergaon is typical of where wells have been provided. A population of 905, including 325 children, used to collect unsafe water from ponds for drinking and cooking. Now that 4 wells have been installed a survey of 150 villagers has shown a drop from 23 previously affected by water borne disease to only 1, and this one may have been caused by water taken from elsewhere.

Our guests were interviewed by Melvyn Prior on BBC Radio Lincolnshire. Click on the red circle with the white arrow head to listen to it.

The video below was part of the presentation to the club