The Club heat was held in St. Roch's Secondary School 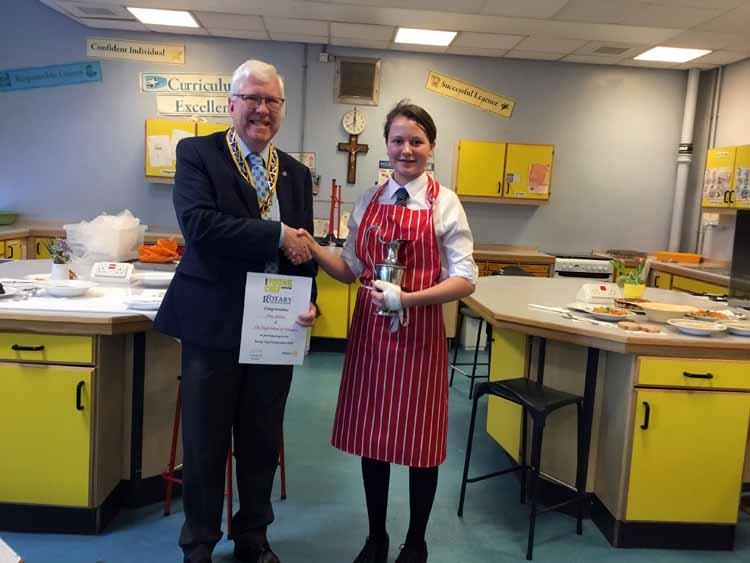 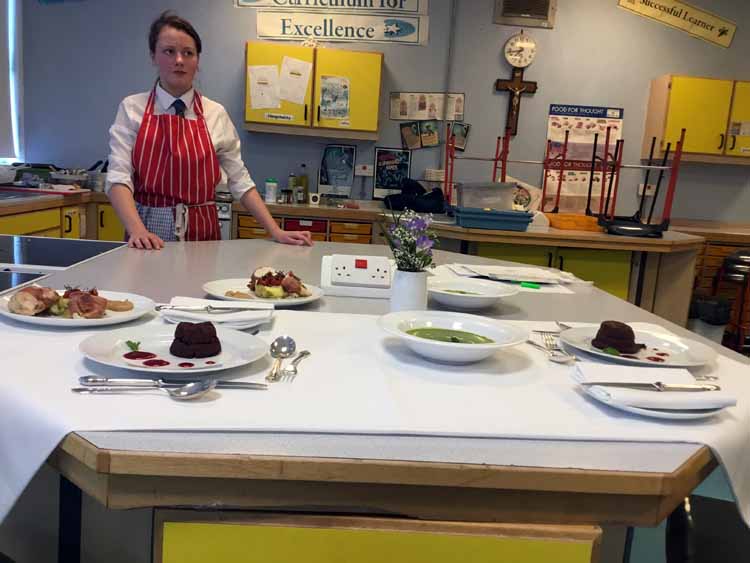 The winner was Amy Ashton of The High School of Glasgow and the runner up John McCuskey from St Roch's Secondary School.

Amy will now proceed to the District Final which will be held at South Lanarkshire College, East Kilbride on 23 January.

Past President Morag McIntosh, who organised the adjudicator, Mrs Sandra Gemmell  and Bill Christie were in attendance with President George presenting the certificates and trophy.

On Wednesday 23 January Amy Ashton from the High School of Glasgow competed in the District Final as the winner of our own Young Chef heat and was second.   Amy will along with the winner represent our District and The Club in the Regional Final to be held at South Lanarkshire College on Sunday 2 March.