The Great Buttsbury Bake-Off raised over £1200 for Eric, eldest son of headteacher Lucy of Ciamanda School, Kenya. Eric who has leukaemia. 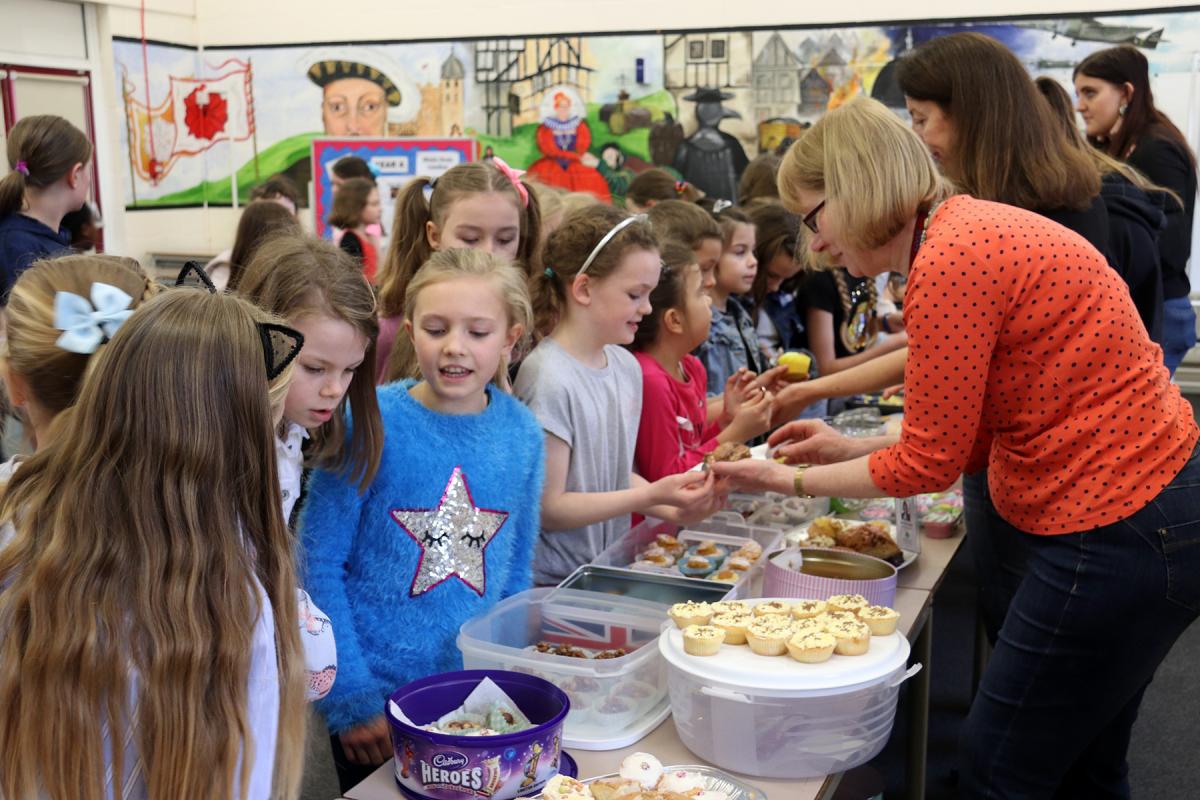 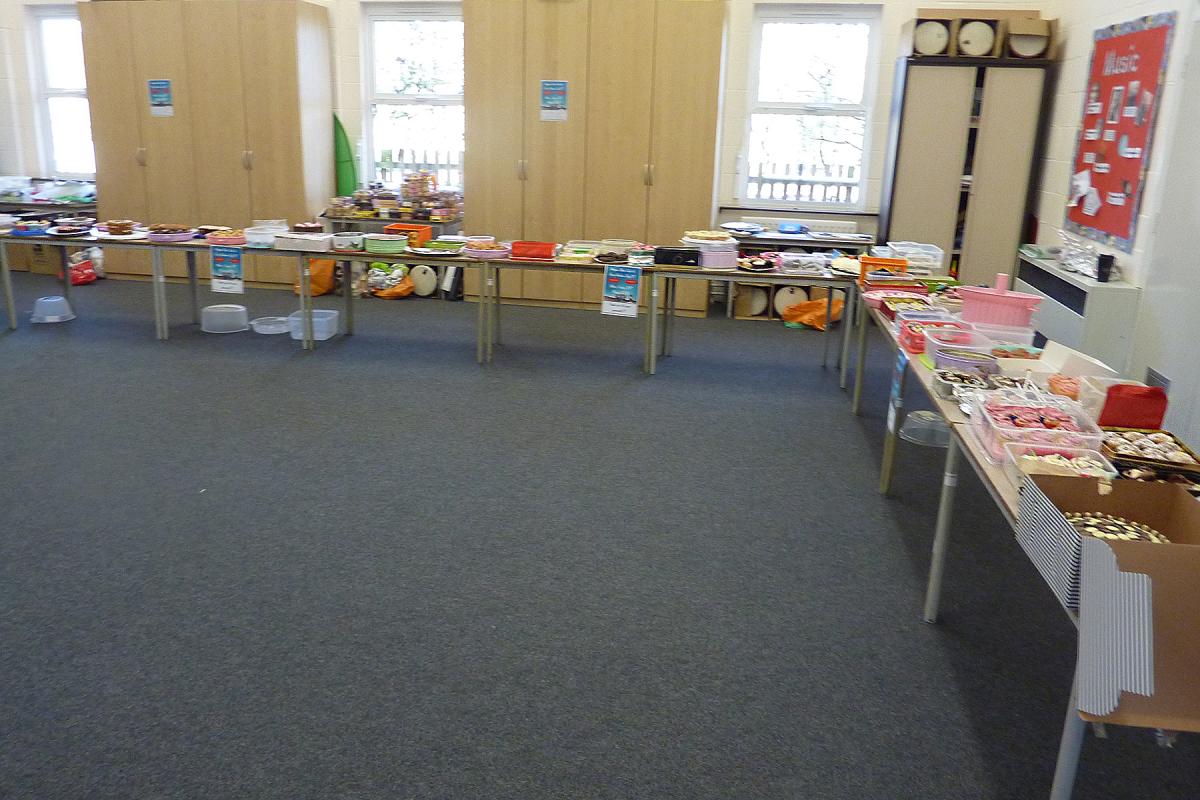 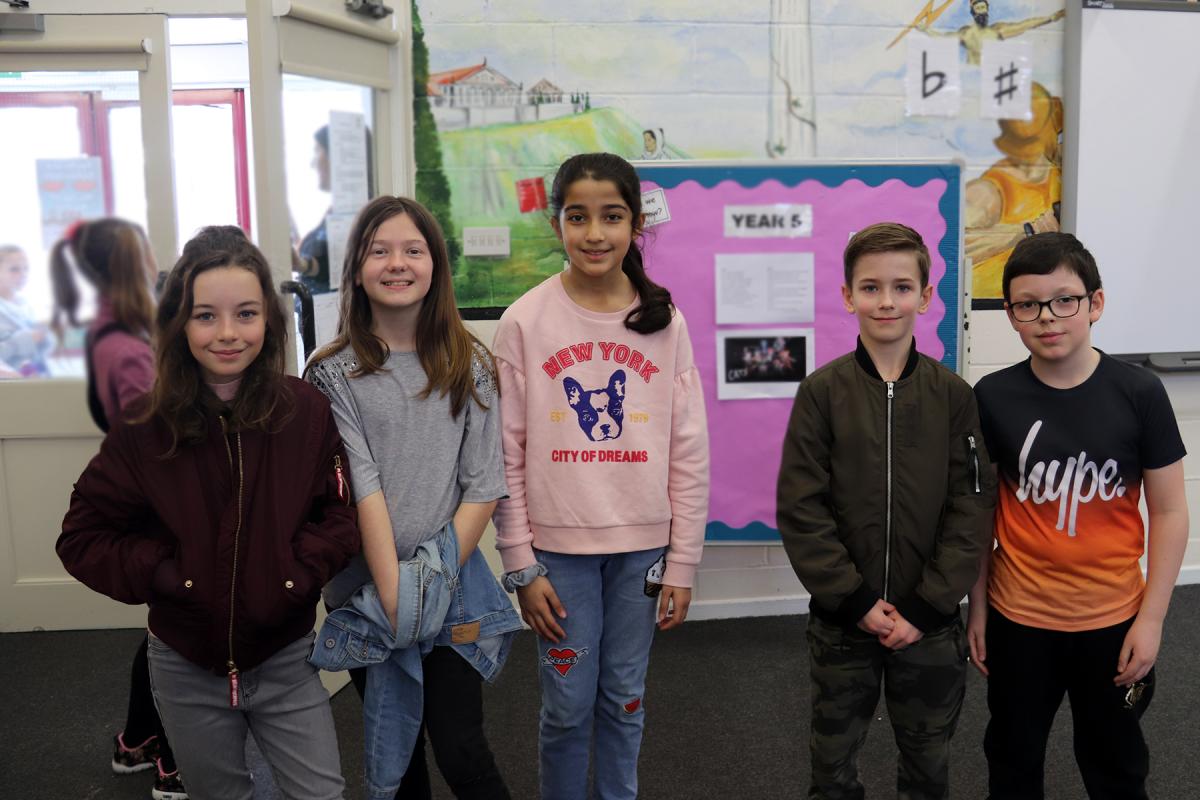 We all helped plan it - it was our idea 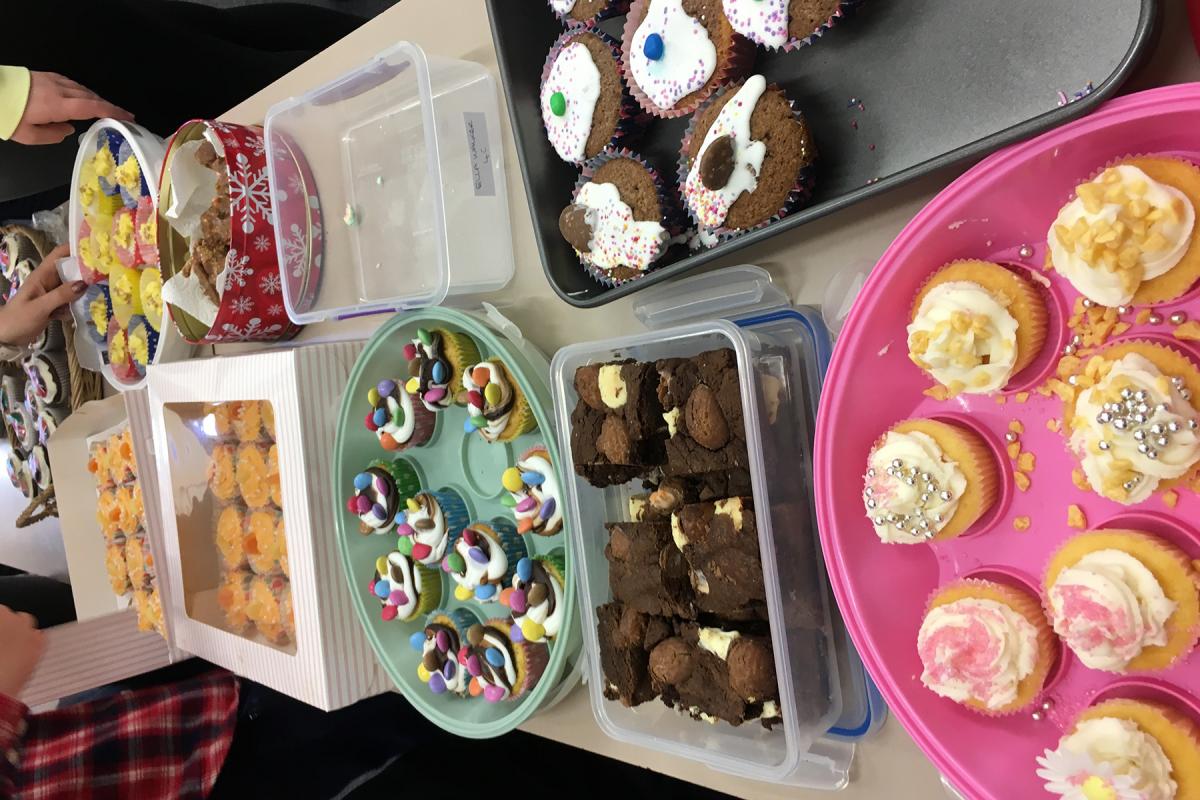 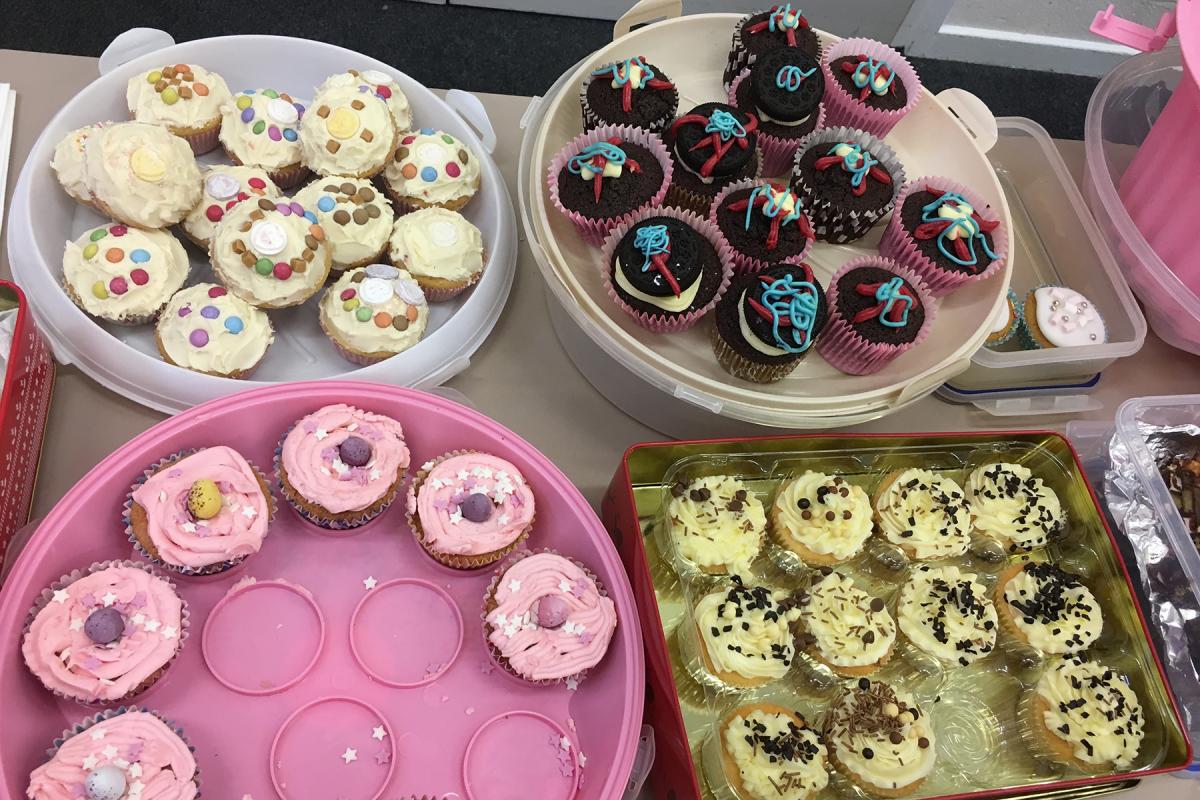 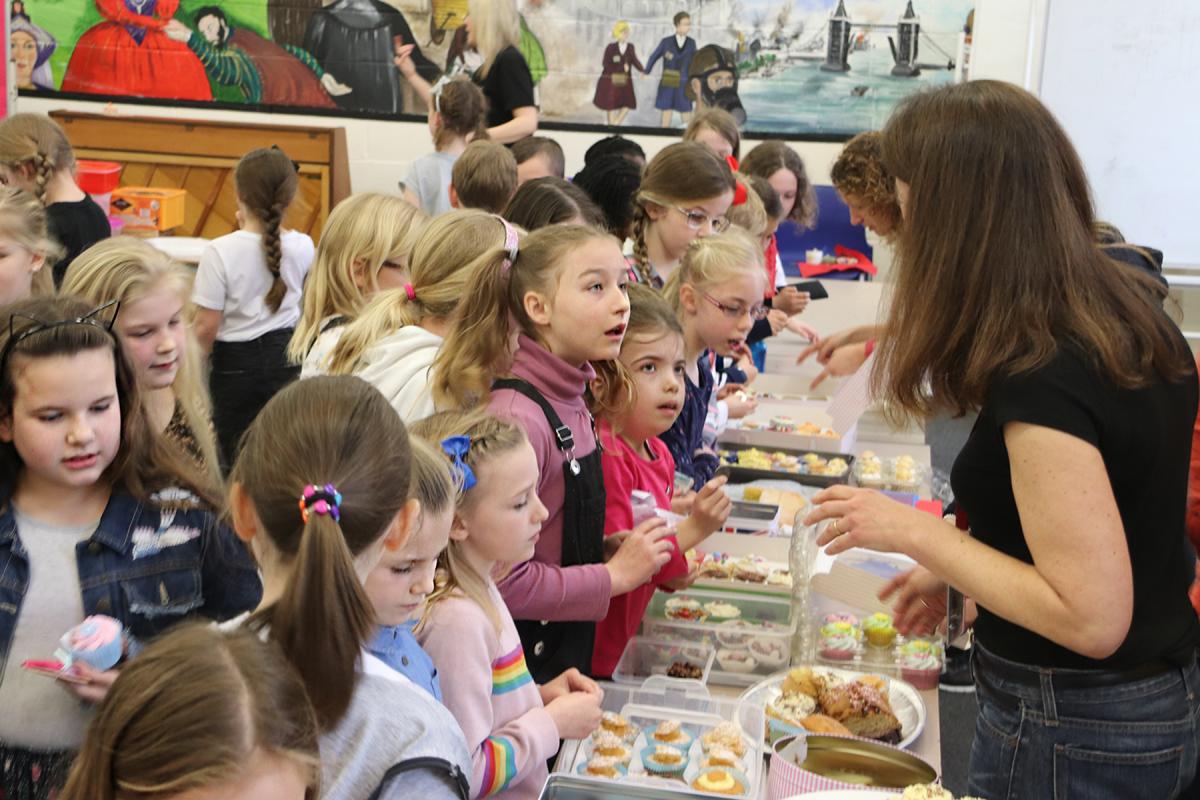 One at a time please 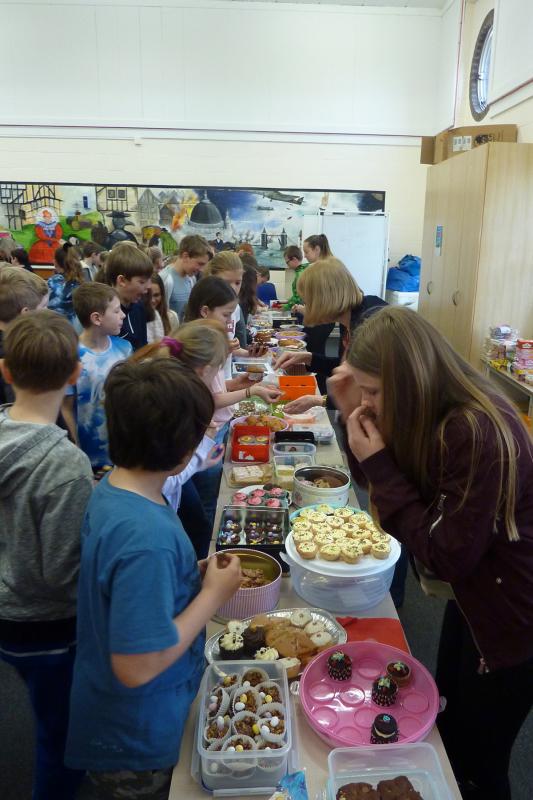 Where did you all come from? 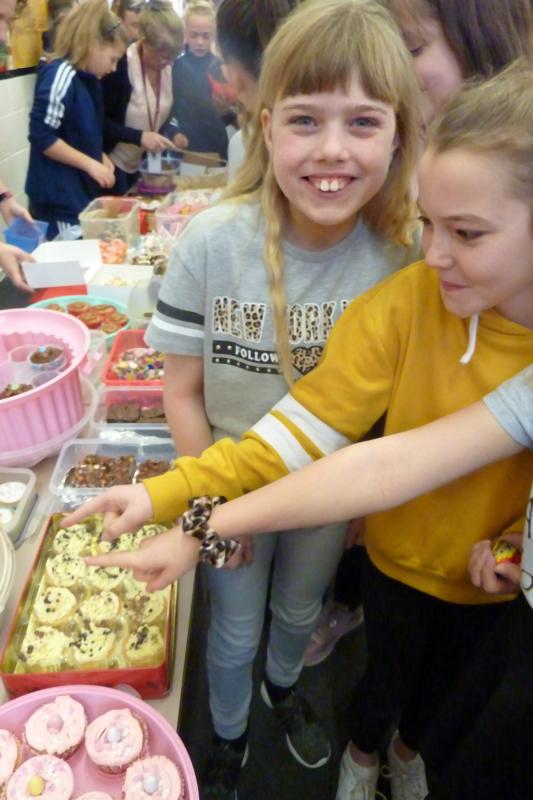 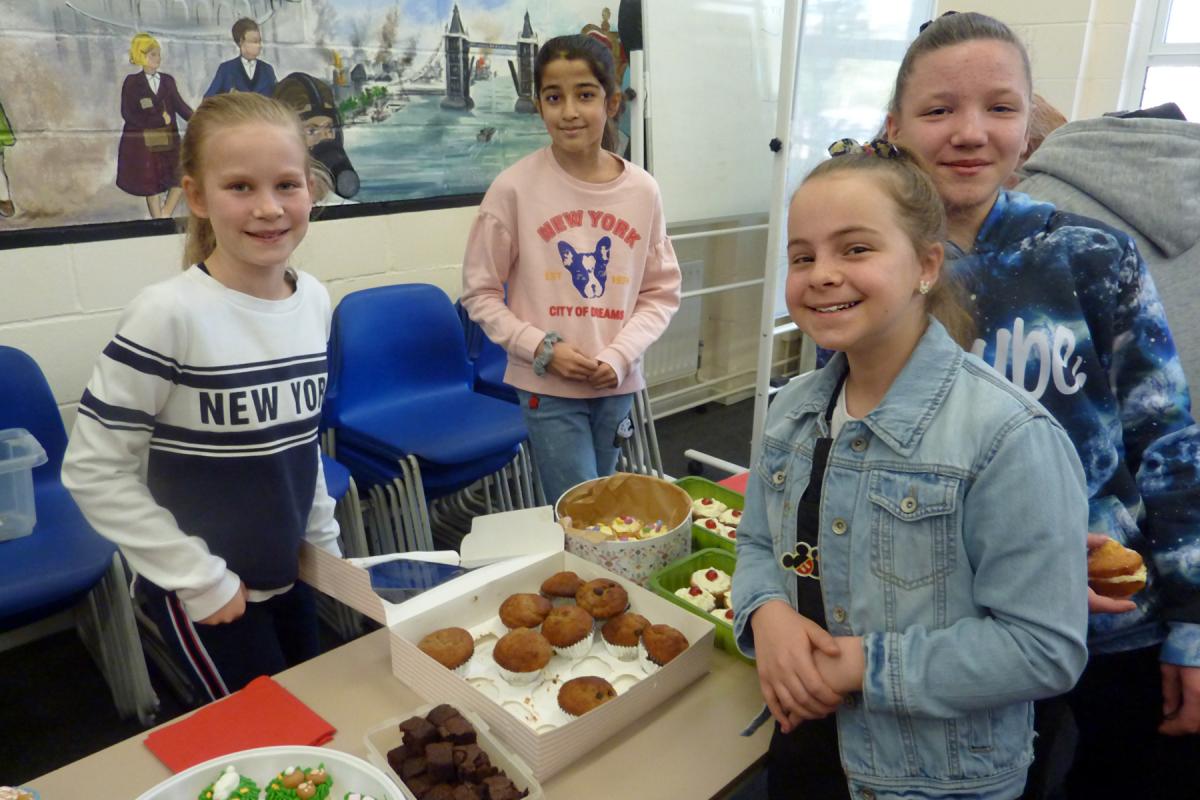 They look so nice 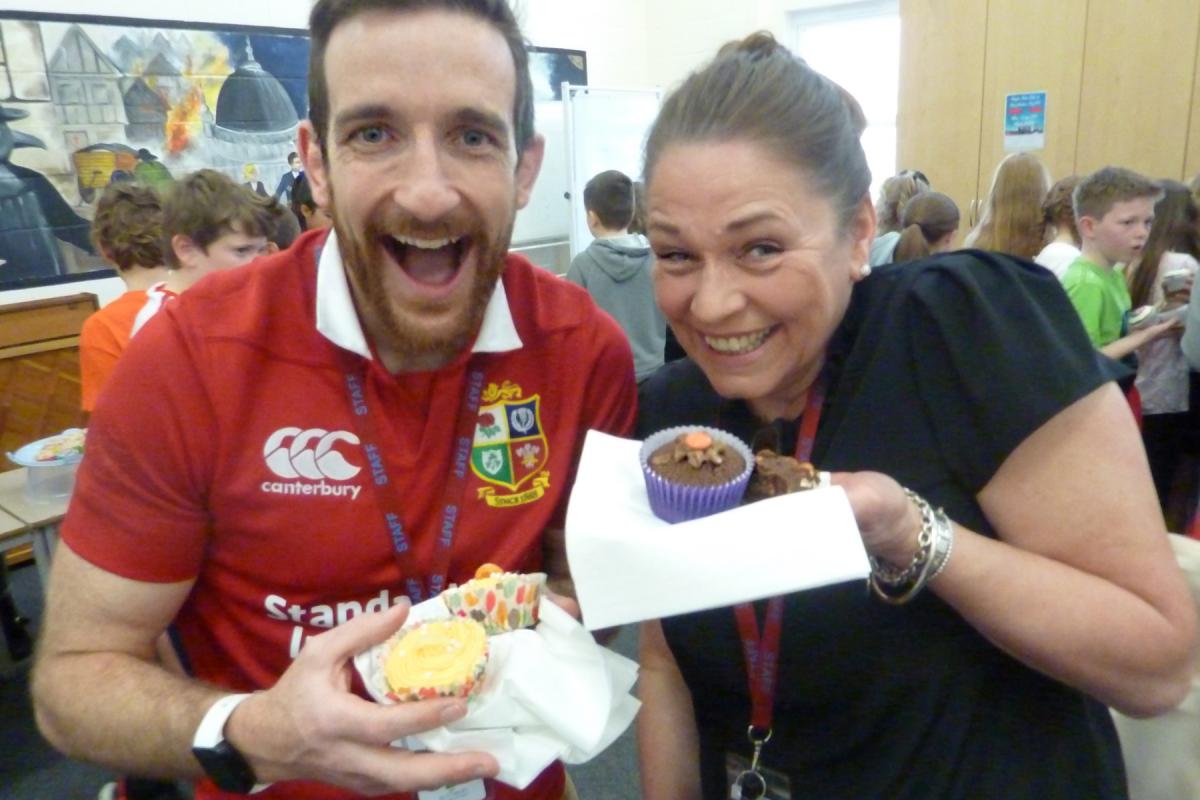 Not just for the children 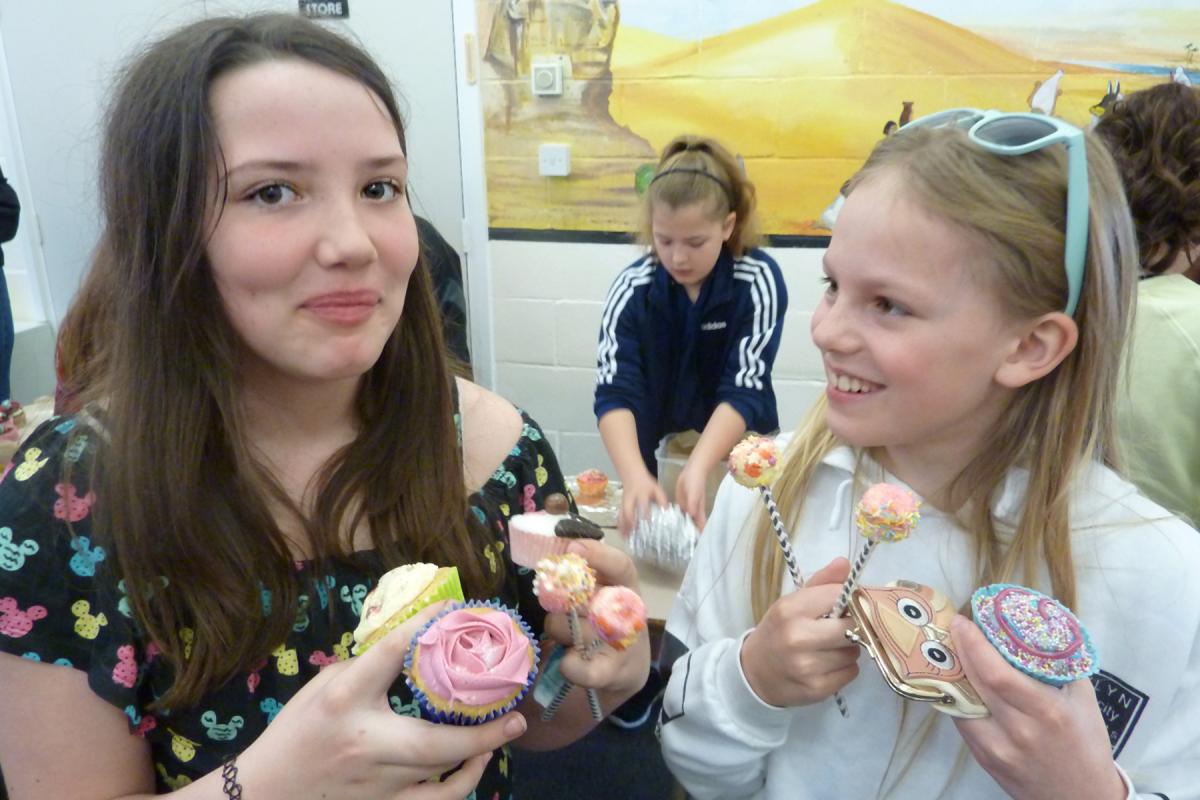 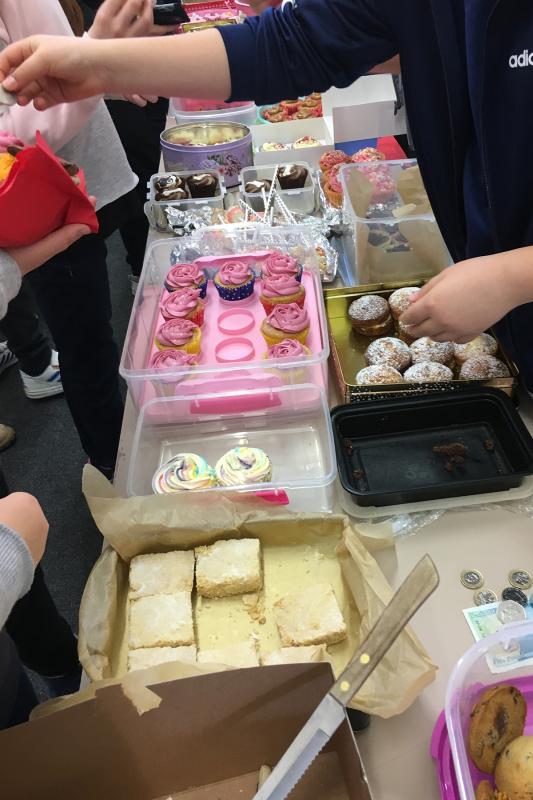 I'll take this one 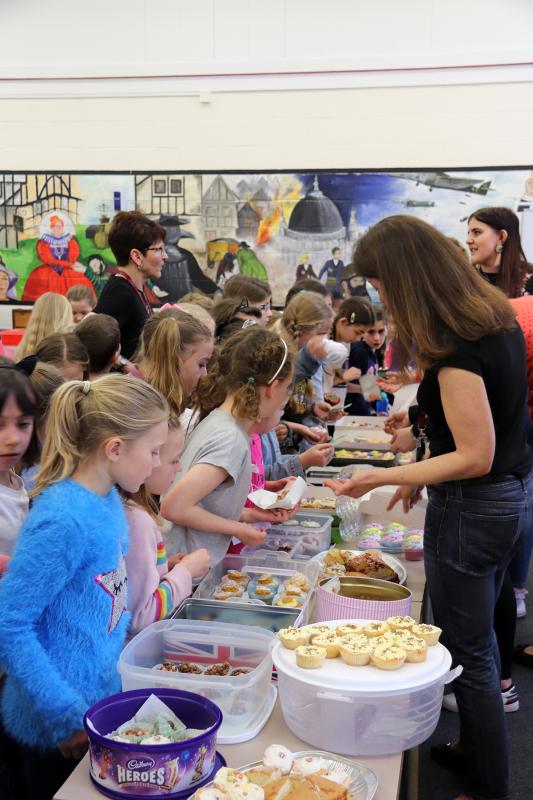 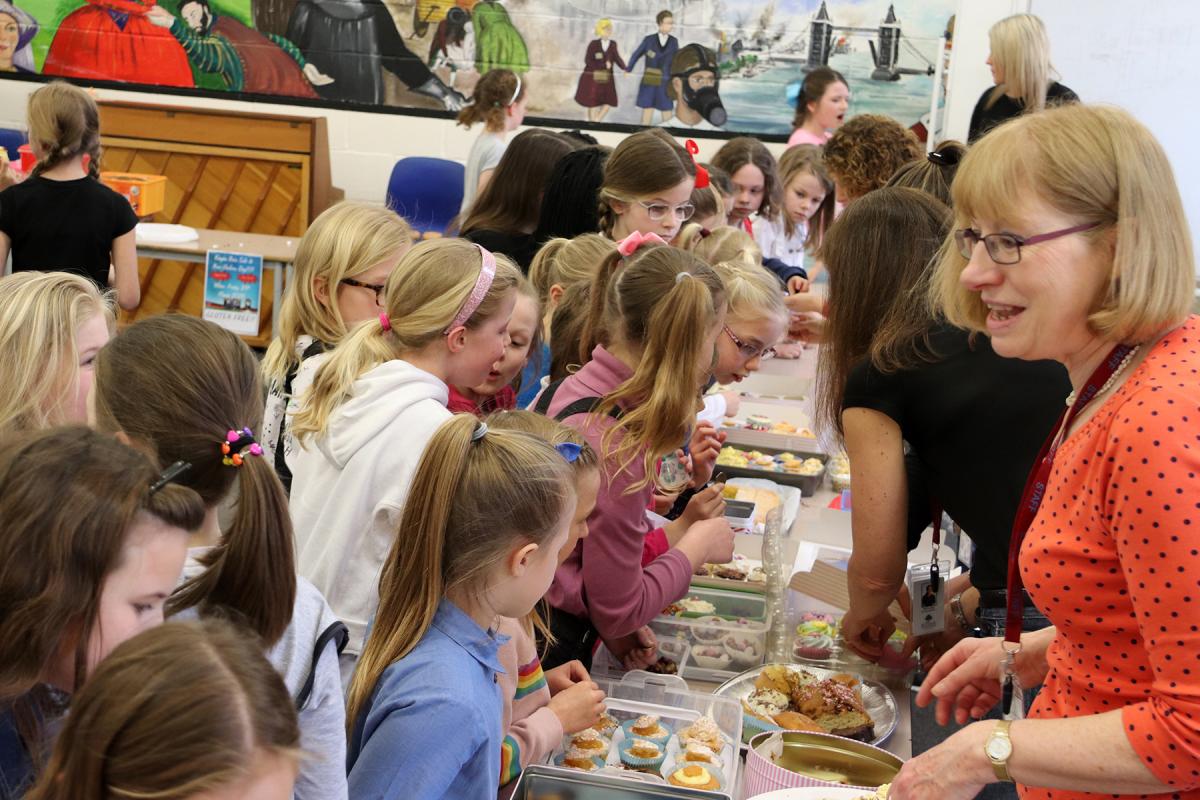 I'm rushed off my feet 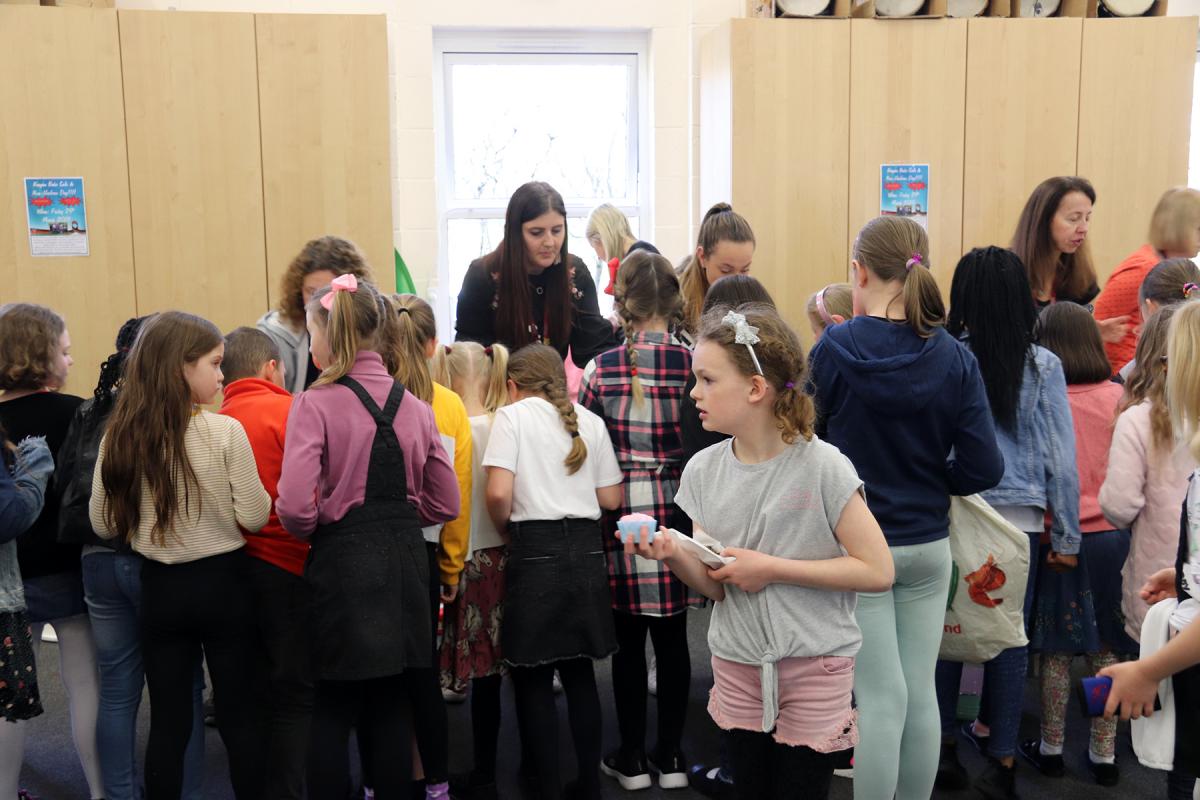 Across a crowded room

No Need For Mary Berry – All Kid's Stuff!

If I Knew You Were Coming, I'd Have Baked A Cake!

Just another merry song from the Sixties.......Well, Buttsbury RotaKids didn't know who was coming on Friday morning, March 29 when they staged the Great Buttsbury Bake-Off to help raise money for a very special cause.  The Junior School is very closely linked to Ciamanda School in Kenya where headteacher Lucy's eldest son, Erik has been diagnosed with leukaemia and needs to go to India for life-saving treatment.

Lauren Pretty, teacher and leader of the RotaKids says: “To help him receive the treatment we held a bake sale and a non-uniform day. The RotaKids Officers helped me and a few of the Buttsbury Teachers Assistants to sell the cakes to the rest of the school. It was an extremely busy morning, but we were overwhelmed by the generosity of the yummy cakes and donations made.”
Final figure raised: £1,292.00 !

The pupils did not know that Peter Greene and I would be coming to represent our Club. Which is just as well, since we arrived (although by appointment) just as the last purchasers were disappearing, clutching handfuls of cupcakes, muffins, chocolate and iced delicacies. Very yummy indeed since there was still time for me to chat to some of the prime RotaKids movers and Peter to indulge in a very large chocolate muffin while trying to compose some photographs – mostly of half-empty dishes! No problem. Images came pouring in from the school staff.

Balancing four cakes of all shapes and sizes, one pupil called Cathy told me she had “One for mummy, one for my nan, one for a friend (I think) and one for me.”

We Rotarians are aware of Ciamanda through our own Rev. Margaret Fowler whose last visit we featured in our March issue.  Margaret brings the story up to date.  “Eric has now gone to India with his father and twin sister. I have now heard that his twin sister is not a good enough match to give a bone marrow transplant, so a donor is now awaited."

“Buttsbury's fundraising is an amazing contribution to Eric's treatment. Before I went to Kenya, Mrs Robinson invited me to speak about Kenya at an assembly and I mentioned Eric's plight. The children were very concerned that medical treatment for something so serious was not available as it is in the UK. Parents and the children who donated their pocket money have been so supportive.”