Feb 24th, lunch - Mairead will talk about her life as a journalist.

Mairead is married to Ribblesdale Rotarian Nick Mahon. There are some quotes below. 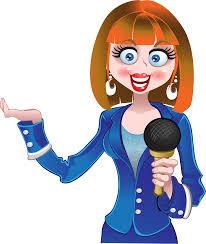 I daren't take a holiday. If I stop writing my column for a month it might affect the circulation of the newspaper - or it might not.

I get up in the morning with an idea for a three-volume novel and by nightfall, it's a paragraph in my column.

Sorry the article's late. Someone was using the pencil.

The conscience of an editor is purely decorative.

An editor is a person employed on a newspaper, whose business it is to separate the wheat from the chaff, and to see that the chaff is printed.

Everything you read in the newspapers is absolutely true, except for that rare story of which you happen to have first-hand knowledge, which is absolutely false.

You should always believe all you read in the newspapers, as this makes them more interesting.

I like The Times. It's not too rough on the buttocks.

Owen Newitt, The Vicar of Dibley

A journalist is somebody who possesses himself of a fantasy and lures the truth towards it.