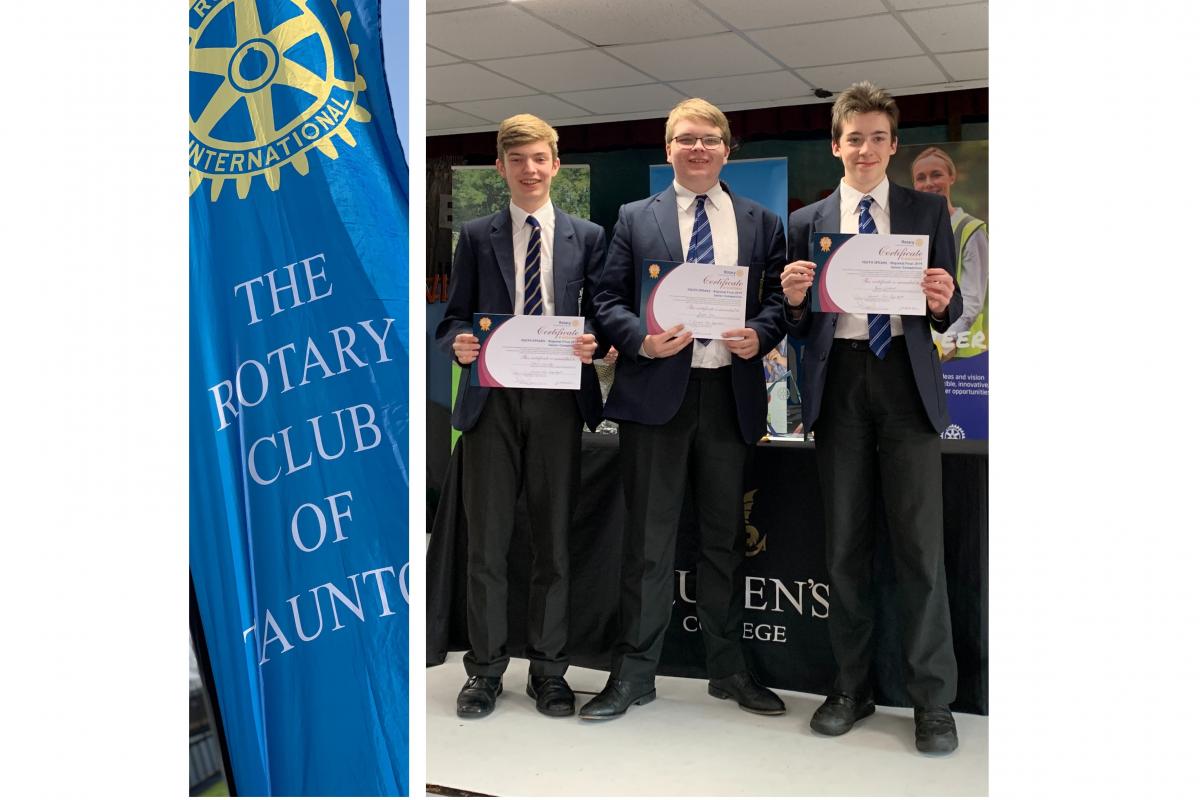 Elizabeth College's intermediate team in the Rotary Youth speaks competition was unsuccessful in its bid to go to the national finals.

The three students competed with teams from the Isle of Wight, Hampshire, Cornwall and Devon in the regional heat at Queen's College, Taunton on Saturday 30 March.

Chairman Oliver Connolly, vote of thanks Max Guilbert and speaker Joseph Tom, all year 10 students, saw Saltash Community College win the event and go through to the finals later this year.

But Elizabeth College head of English faculty and team coach Magnus Buchanan said it had been a great experience for them: 'They acquited themselves well,' he said. 'I think they were a tiny bit more nervous this time, with it being the regionals.'

The 15 year-olds created their speech - 'Vincent Van Gigabyte?' - around the argument that video games would be considered the great art form of the 21st century and that computer programmers would be known as the century's great artists.

As well as the higher level of competition, the question asked of the team on this occasion was tougher, since it came from one of the rival teams. At the previous round, questions were asked by Rotarians.

'They did well, it's just that the standard was very high,' said Mr Buchanan. The competition is open to entrants up to Year 12, and it was a senior team that won the event. 'But the experience had given the boys a taste for the competition,' he said. 'They'll have a good chance if they can find another really good subject.'

He thanked the Rotary Club and sponsor Mourant for providing the opportunity for the team to compete in the UK.