Starting the new Rotary Year off with a bang! 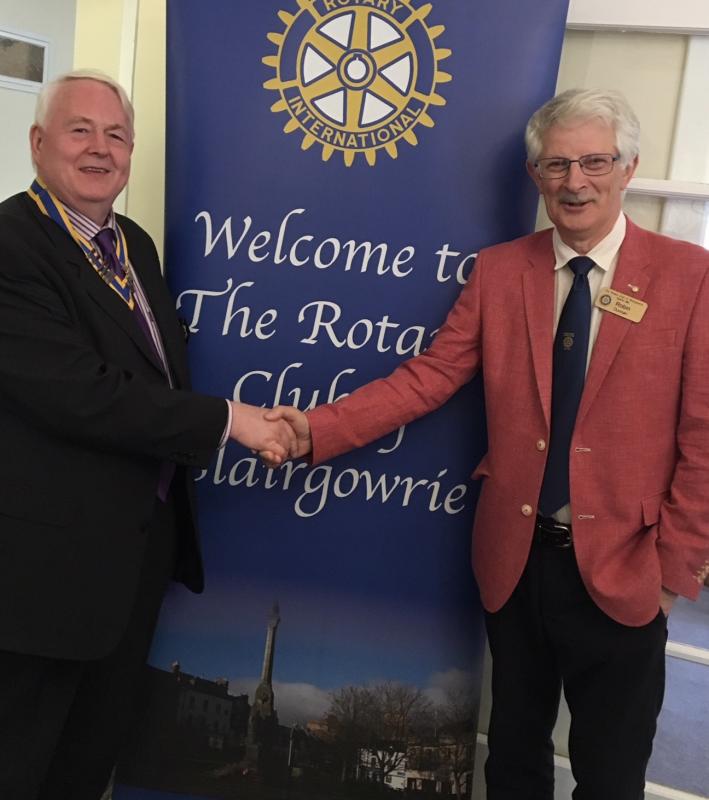 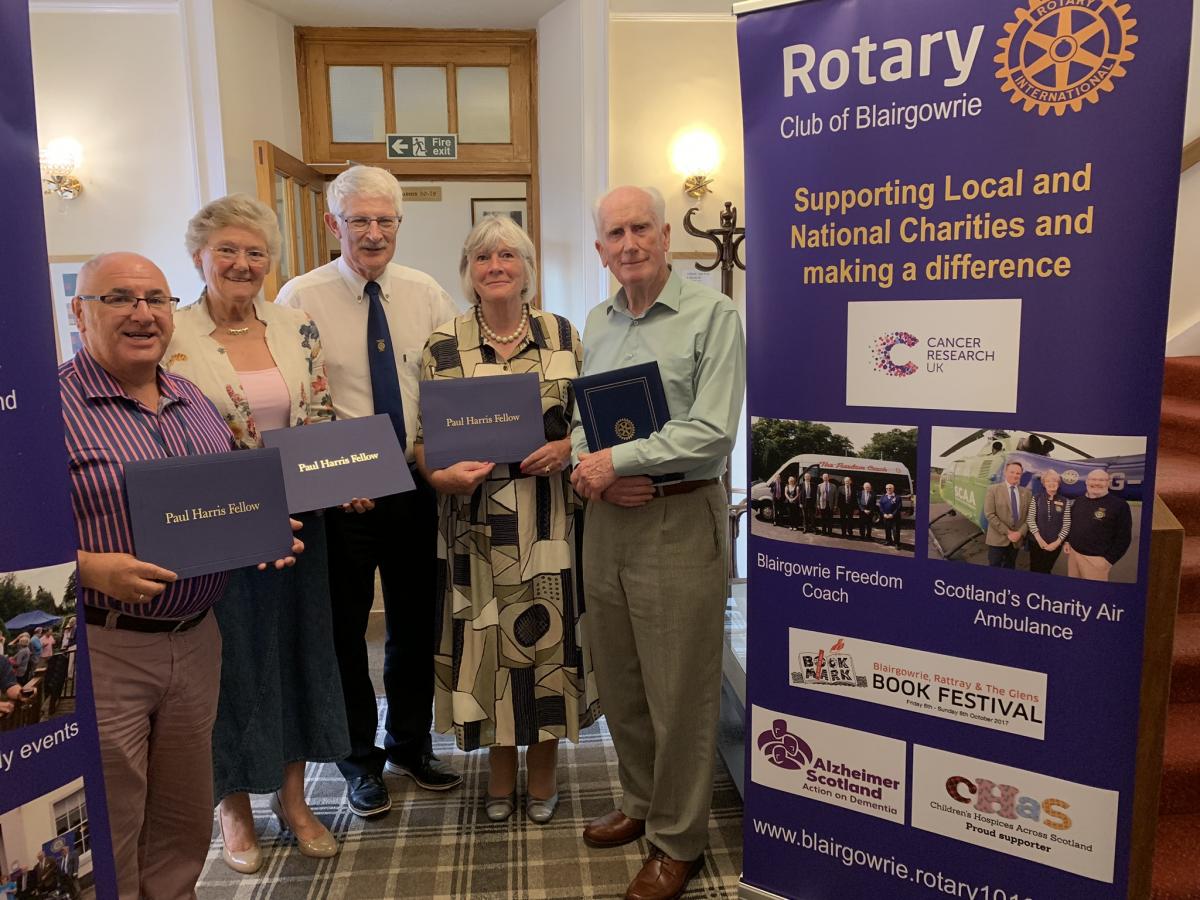 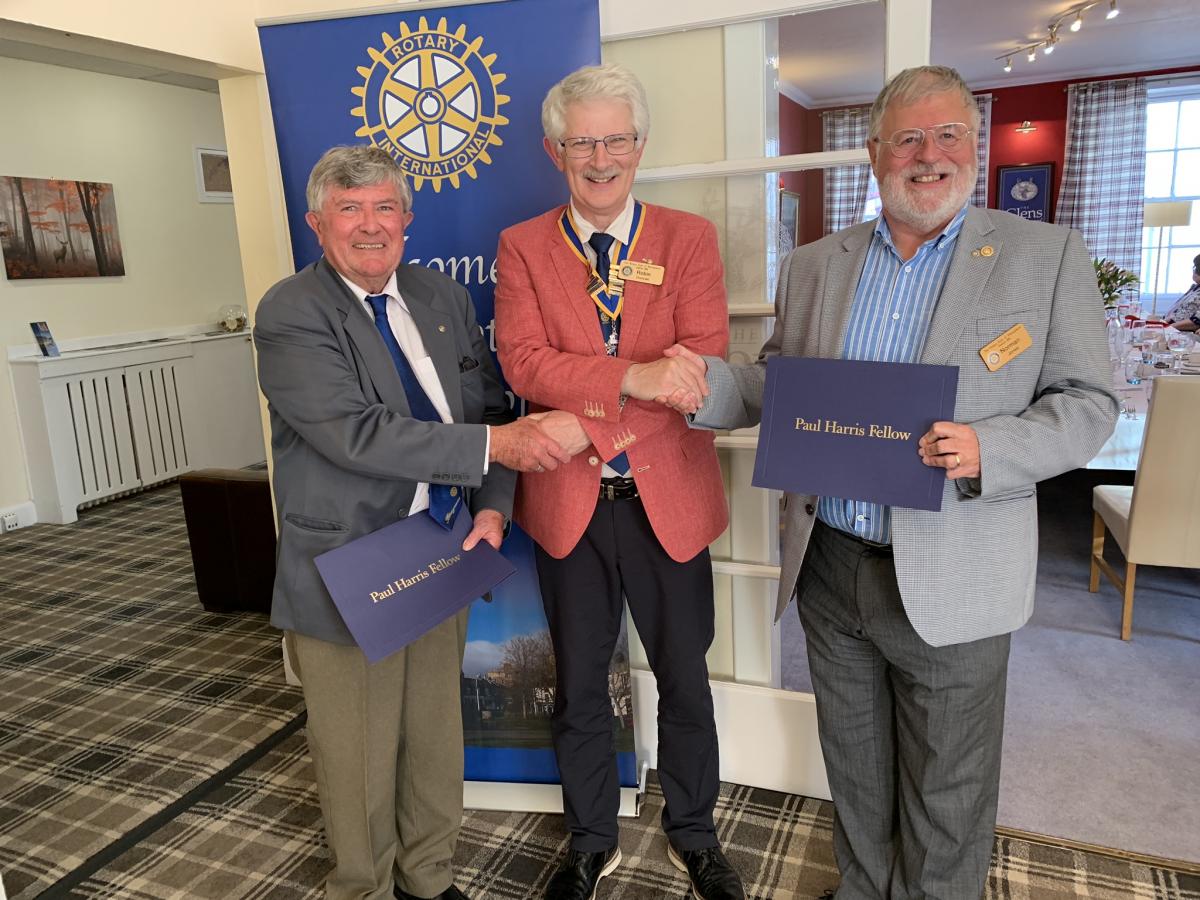 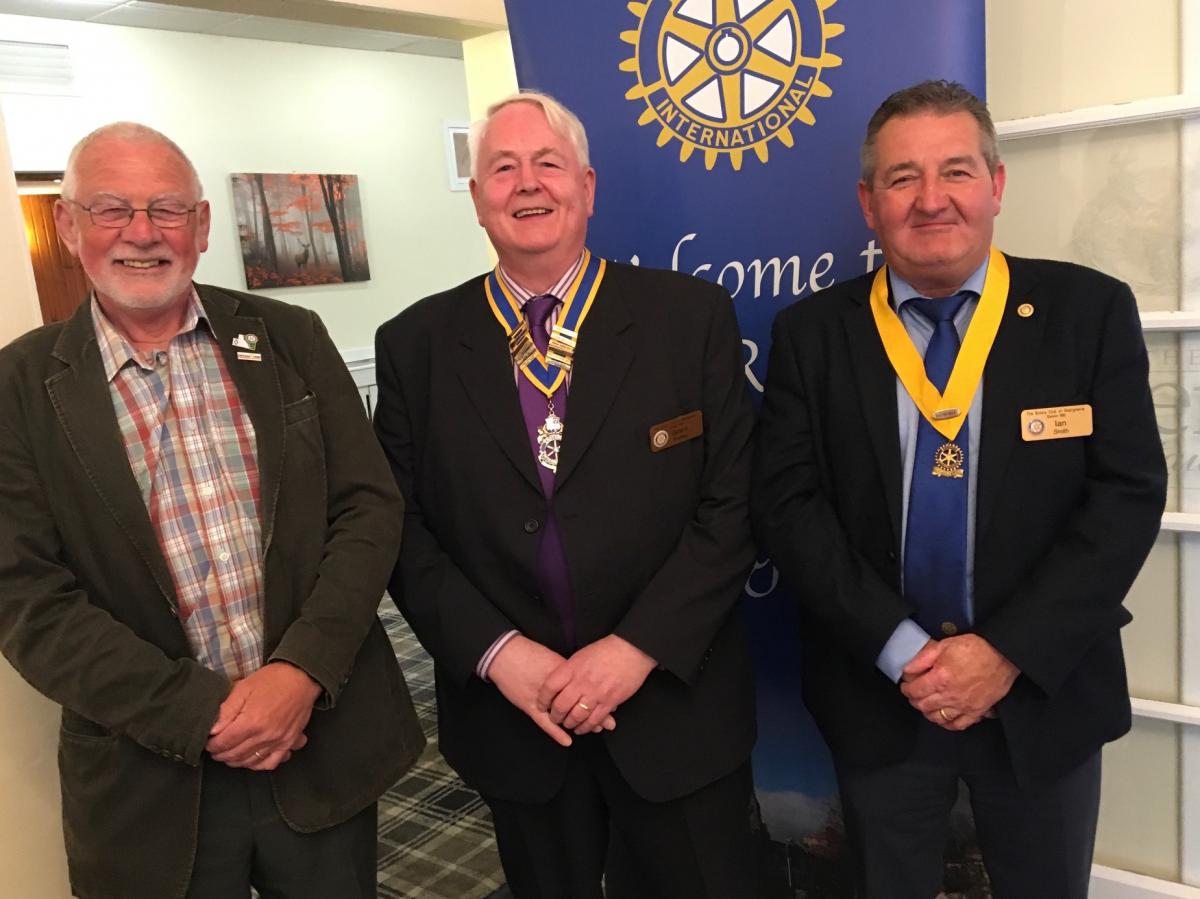 This was the first event of the new Rotary Year, when President Elect Grant Findlay took over from President Robin Duncan. Spouses, partners, friends and potential new members were invited to this social evening.

The highlight of the evening - apart from the actual Handover - was the presentation of  several awards. Robin’s flats act as Presidents was the award of Paul Harris Fellowships to club members Norman Jones, Brian Townsend and David Cuthill, and to Jane Davidson, wife of Club Treasurer Malcolm, and Anne Stewart, wife of Car Tour Organiser Colin. Norman, Brian and David had gone over and above the call of duty to make the Club’s fundraising activities successful - and safe! Anne and Jane had  worked uncomplainingly behind the scenes for several years, and by proofreading club publications and using their computer skills they had helped making the Drive it Days and the Charity Golf Days at Blairgowrie Golf Club the successes they had been.

Robin also presented Lex Dunlop with a certificate celebrating his 40years of unstinting service to the Rotary Club of Blairgowrie.

The actual presentations had to take place over two meetings, because of holidays and other commitments: David, Anne, Jane and Lex received their awards on the 24th July.