Susan Barlow Taylor spoke to us on behalf of the charity , Lymphoma Action. 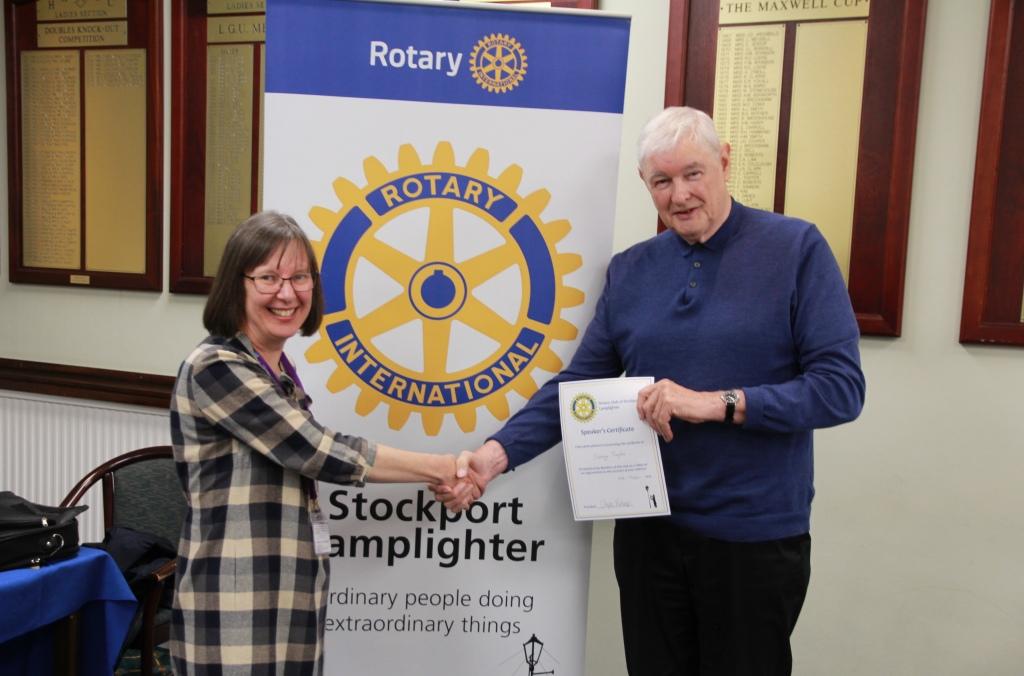 Susan Barlow Taylor described her impressive science background and experience leading up to her diagnosis of Lymphoma, which has now been treated, but significantly Susan described the support she received from Lymphoma Action, a charity entirely funded by voluntary contributions. She was so impressed that she is now a volunteer for Lymphoma Action and speaks to raise awareness of the condition and helps to provide support to others. We learned that the cause is not known and that there is no evidence family history plays a part