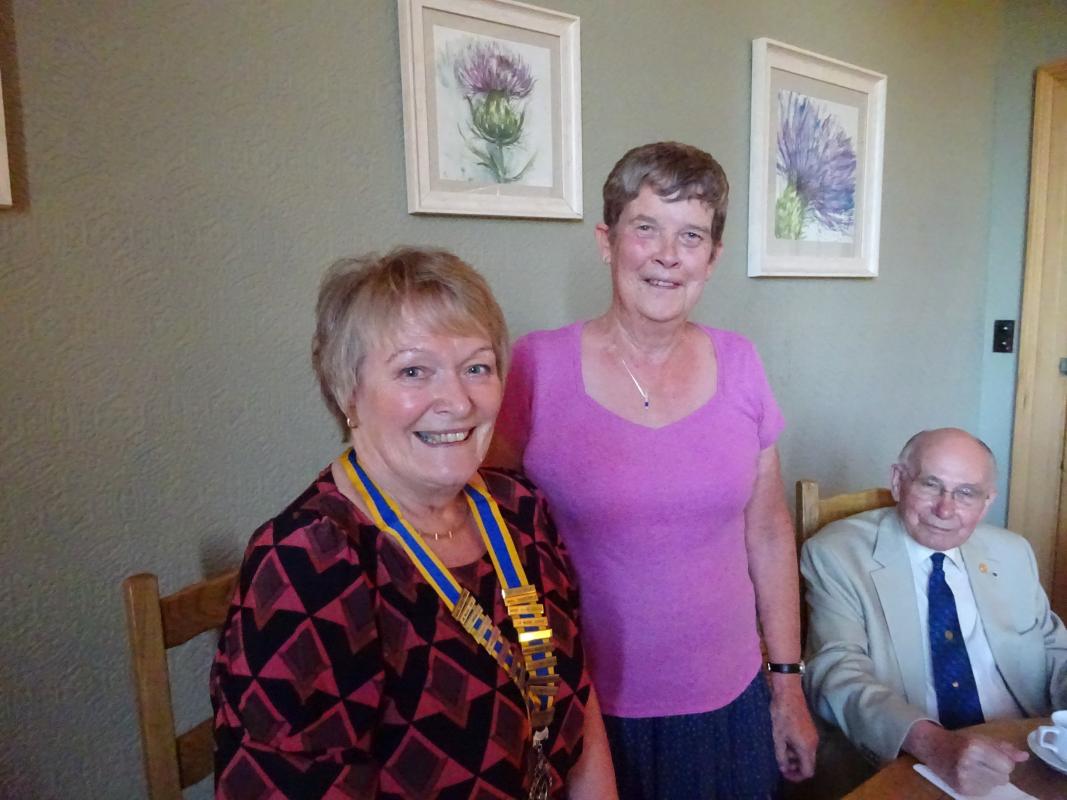 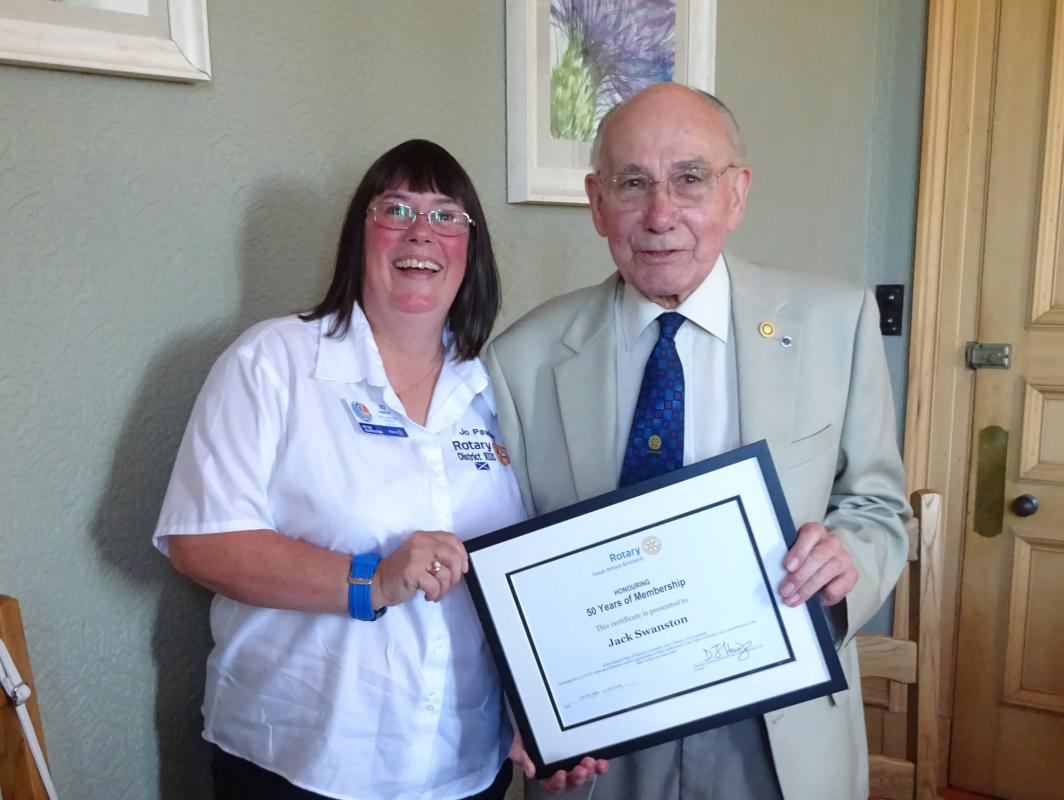 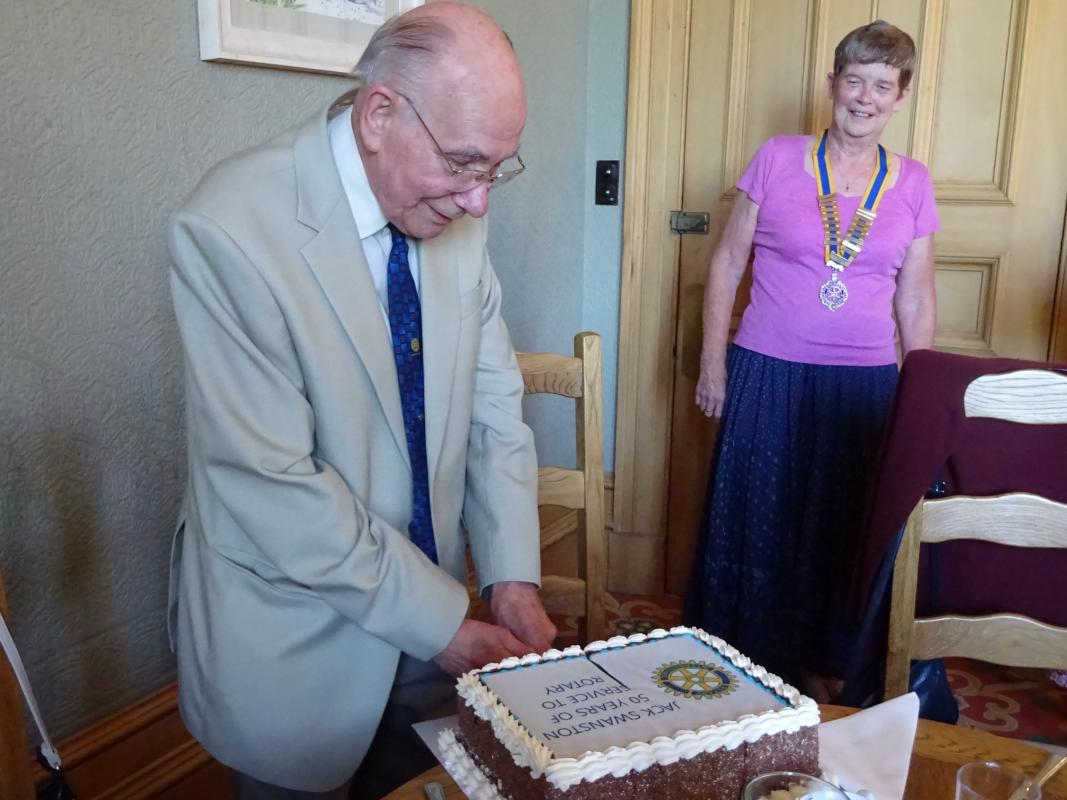 The meeting was a significant one for Hawick's Rotarians, with the Club Assembly and Handover from the 2019-20 office-bearers to the new team. President Mairhi Trickett's final duty was to invest her successor Linden Warburton with her badge of office. Linden then expressed her hopes for what might be achieved in her year in office before installing her Vice President Ron Smith.

This was a particularly well-attended meeting of the Club with several members welcomed back from longer absences, and with guests attending to mark a presentation to nonagenarian Jack Swanston to mark his 50 Years of Service to Rotary. Mairhi spoke first of Jack's 'high-powered Rotary service', before District Governor Jo Pawley handed over a framed Long Service Certificate, and a letter from Rotary International's President Barrie Rassin. Jack responded by relating tales of visits he had made to Rotary meetings in Peru and Australia, before cutting an anniversary cake.

DG Jo Pawley spoke of the impact of Rotary Clubs across the world with a recent survey calculating that Rotarians contributed 44 million hours of volunteering in community and wider activities within the past Rotary Year. She endorsed several of the local Club's initiatives and set members a challenge of marking World Polio Day (Thursday 24th October) by arranging for 'an iconic local building' to be floodlit in purple to draw public attention to the campaign, so . . . watch this space!