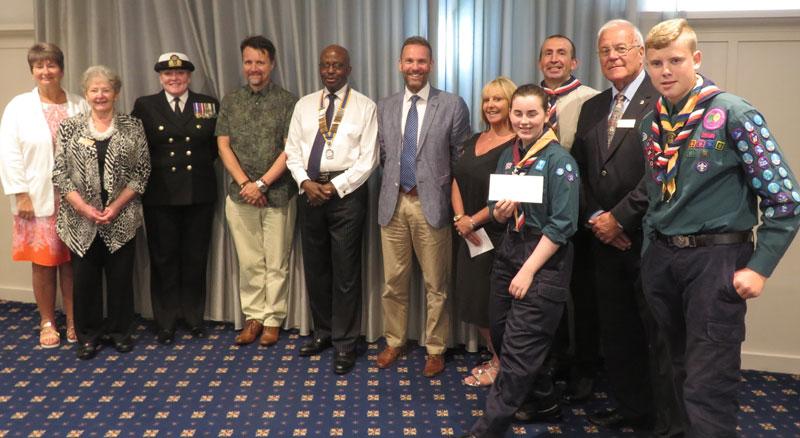 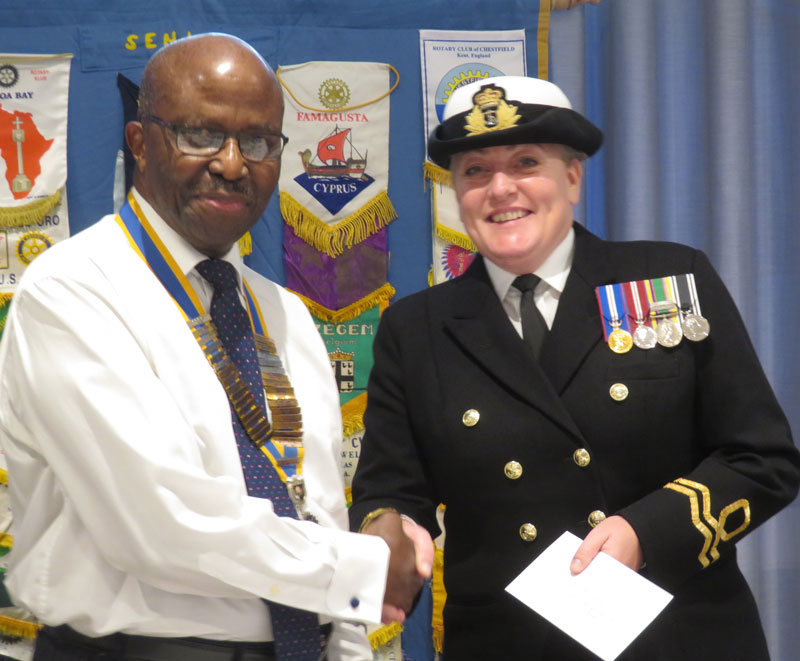 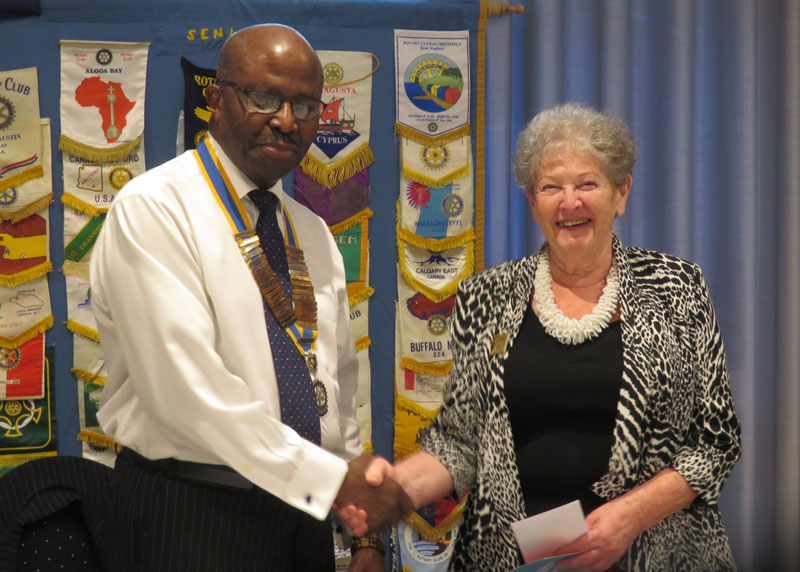 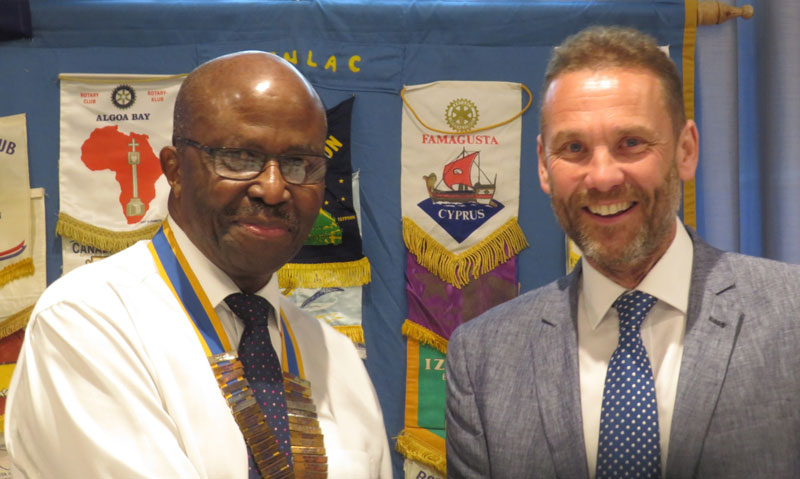 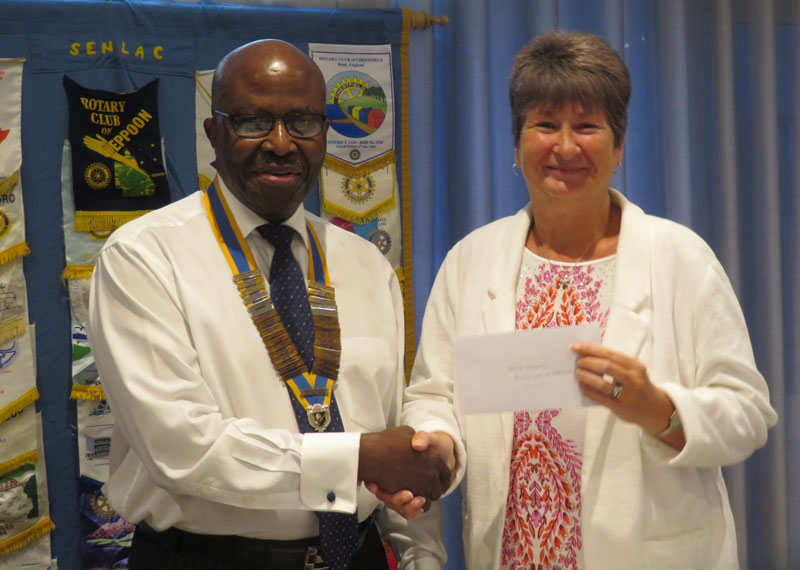 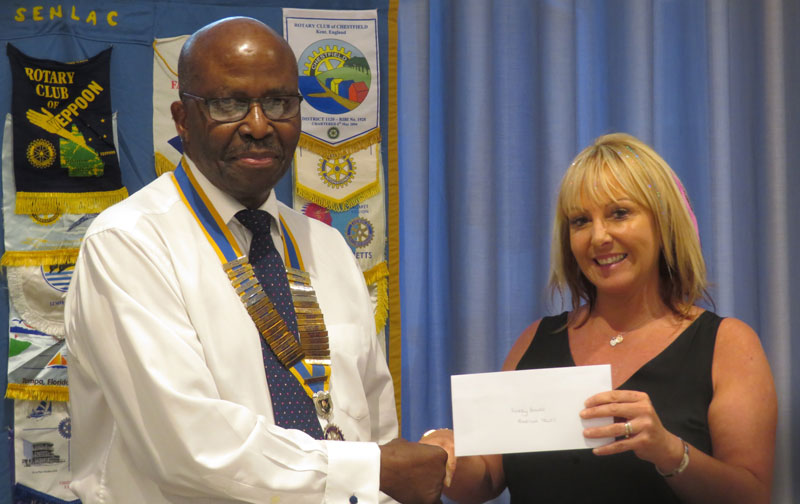 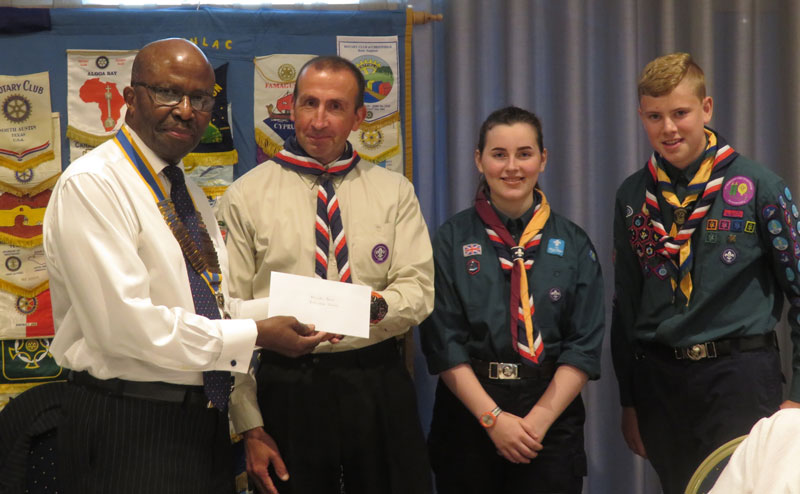 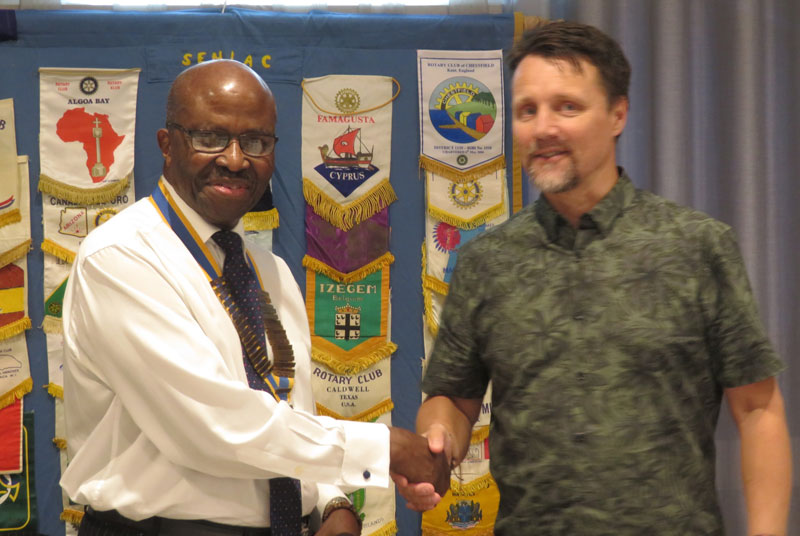 The show raised around £14,000 for good causes and proceeds were donated to the organisations at a special meeting of the club at the Cooden Beach Hotel on 7th August. Opening the presentation, President Fitz Fitzgraham said, “We had a wonderful new venue this year at Park Farm in Bodiam which gave much more space for the displays and for parking. The event was superbly organised by Dave Miles and his support team but it was a shame that the weather reduced the number of visitors and cars; nonetheless the show still raised around £14,000, a very good sum. As a result of that I am so pleased tonight to be able to hand out cheques to some very good causes.”

The organisations to receive a major share were The Bexhill Caring Community who will use the money to help their many activities, The Martha Trust who will put it towards building their new IT communication suite, the NET Patient Foundation which supports people with neuroendocrine cancer and the Rotary Club of Senlac’s Yellowmen Charity which supports villages in northwest Kenya. Smaller donations were presented to organisations that helped over the weekend, The Hastings Sea Cadets and the Explorer Scouts who will put the donation towards helping scouts attend the Eurojam in Poland next year. Robin Matthews, landlord of the Cross Inn at Staplecross, who provided the beer at the show nominated the British Heart Foundation as his charity.