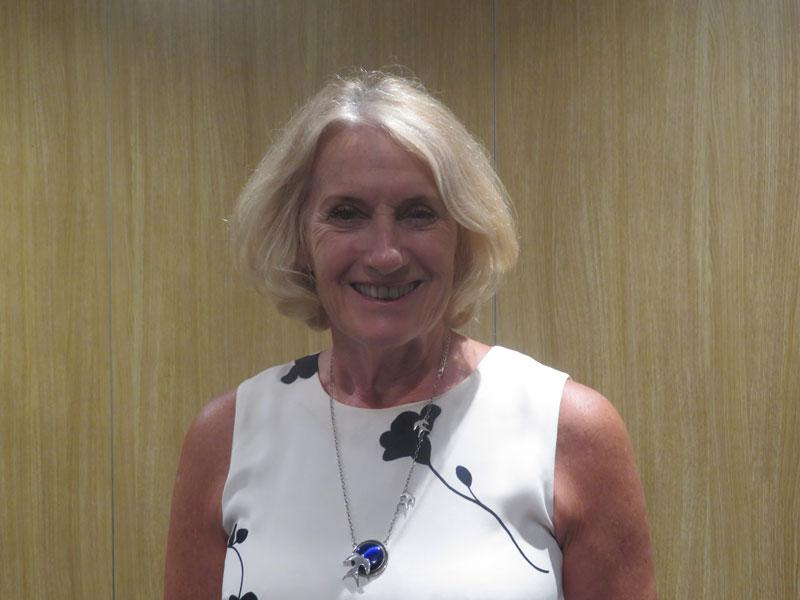 Our speaker on 28th August was international after-dinner speaker Jan Meek who is the holder of four Guiness World Records. No mean feat when they include rowing a two man wooden boat 3,000 miles in a trans-Atlantic race and a 400 mile race across the arctic to the magnetic north pole. And that is only part of her adventurous life, no wonder her motto is “Not why but why not?”.

Jan’s talk concentrated on her Atlantic crossing, the first of her major ventures. A call from her son, a 2nd Lieutenant in the Army, sounded simple enough, “Do you fancy Christmas in Barbados…. But you have to row there?” a “Not why but why not” answered the question and much planning, fund raising and training became the prelude to the race which took place in 1997. The race started from Tenerife where she and her son Dan met the other competitors, mainly 6ft plus marines and forces personnel and she a 53 year old widow, before setting off on the water. Jan told of how her son was soon taken sick and for three days she was the sole rower which slowed them down from the start. She spoke of the peace and emptiness of the ocean, of days spent rowing and achieving nothing, of the waves ranging up to 40 or 50 feet in the storm they encountered, of the fish they met from small fry to doritos, dolphins, sharks and whales and of 360 degree sunsets, sunrises and moonrises and how these particularly inspired her. Life was not easy, two hours on and two hours off, suffering  blisters, boils and stiffened fingers but they gained relief form their daily G & T kindly provided by one of their sponsors. They met little shipping but on one meeting they were given two fresh mangos which were a welcome relief. As they eventually neared Barbados they saw two boats ahead and flares being set off; Jan radioed them and, saying who they were, were met with the response that the two boats were out searching for them because they had not been heard of for some days – Jan and Dan were unaware their tracking device had stopped working - and the authorities were fearing the worst. Then with only six miles to go Jan and Dan raced to the line where they were met by crowds, fireworks and a great reception to add to their personal jubilation. 3044 mile and 101 days later they had achieved their goal and Jan became the eldest woman to row the Atlantic! The name of their boat was Carpe Diem and they had seized the day!

That adventure was only the start, Jan has since raced to the magnetic North Pole, joined a scientific expedition to the geographical North Pole, trekked to the Everest base camp and climbed Kilimanjaro. She is now planning an all-female trek to the South Pole.

What an inspirational lady indeed.

Much more information about Jan can be found onwww.janmeek.com, www.polar-maidens.net and Wikipedia