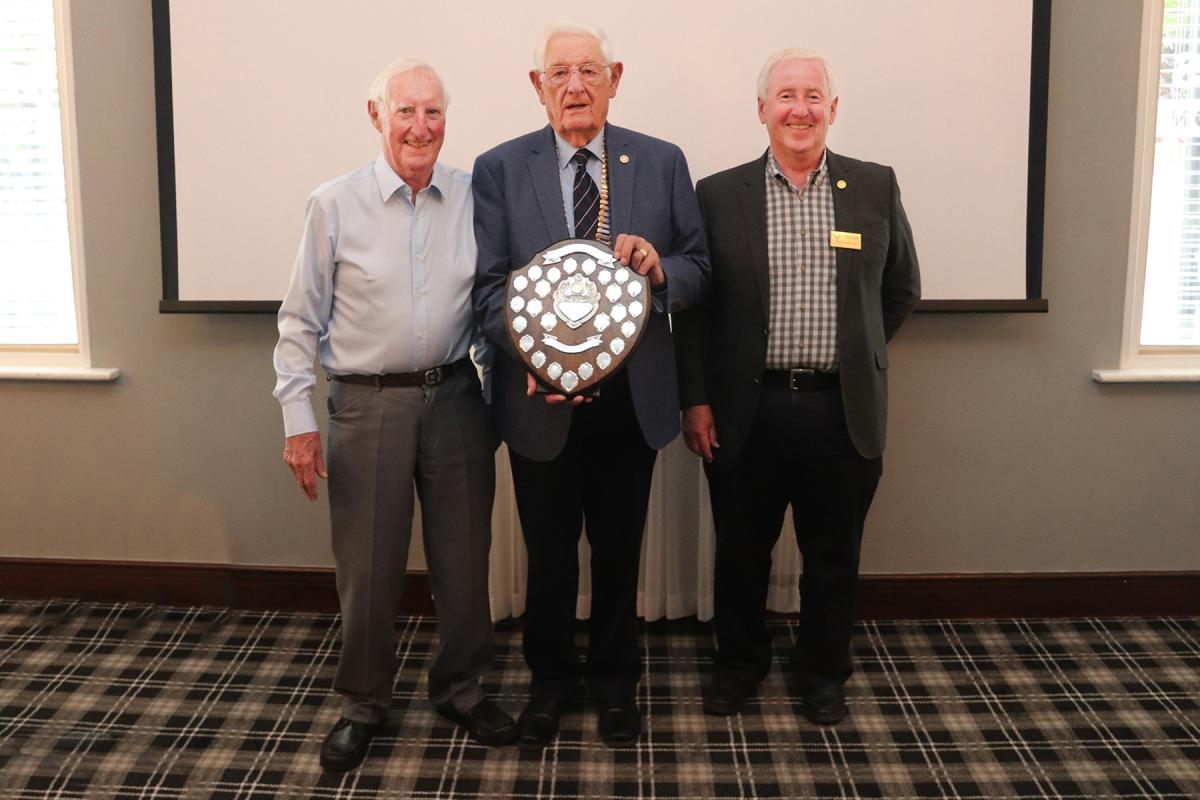 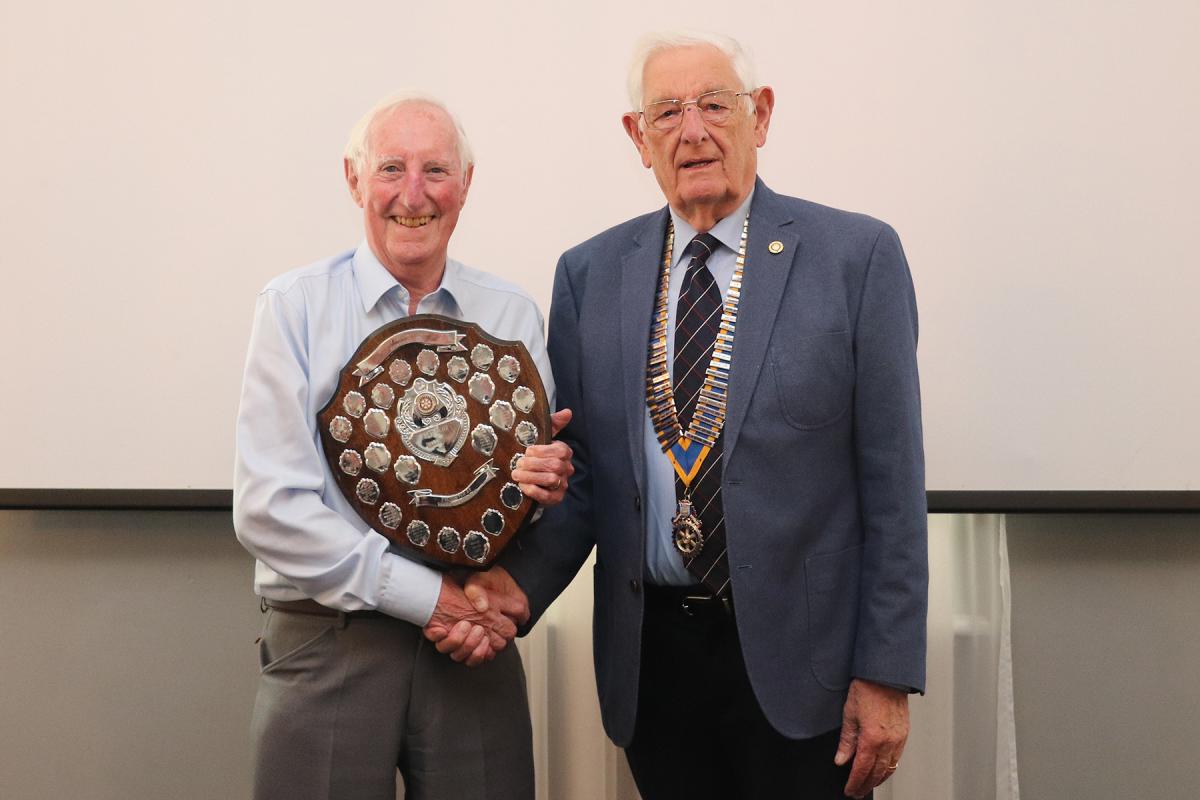 A Winner Again – Please Spare Me The Blushes!

Like buses, you wait and hope for one and four come along..... so it has happened with the District 1240 Bulletin of the Year.

We have won it again for the fourth year in a row! We being myself as editor and Peter Greene as co-editor/photgrapher and IT genius – and, of course our Club - our fourth time.

To me this came as a huge surprise and embarrassing moment at lunch on July 8 when president Ben called me up before members to accept the District 1240 shield with so many previous winners engraved. (not least since I thought the award had been “ditched”!, only to be told that it was the Rotary GB&I national award which had been dropped, not the District one, but OK, so you cannot win them all!

Attempting to sound humble, I stuttered some words of thanks to all the club members who have supported and contributed over my years of editorship to our award-winning newsletter.

Photograph taken by Peter as Ben presented me with the shield.  Alors! Only then did I realise my glaring omission of not naming Peter specifically in my thanks.  Meeting concluded, I urged President Ben for another photograph – this time including Peter who wanted to refuse on the basis that I was not wearing a jacket!

I said it was not so much the heat of the day but the heat of the moment!  I cannot stress enough that we are a team working for the same cause, not to win awards, but to give the Club kudos and promote what we do for and within Rotary.

I hope all members feel that we have achieved that.

I thank you all.