The Annual Rotary Bridge Tournament at the Croft Hall. 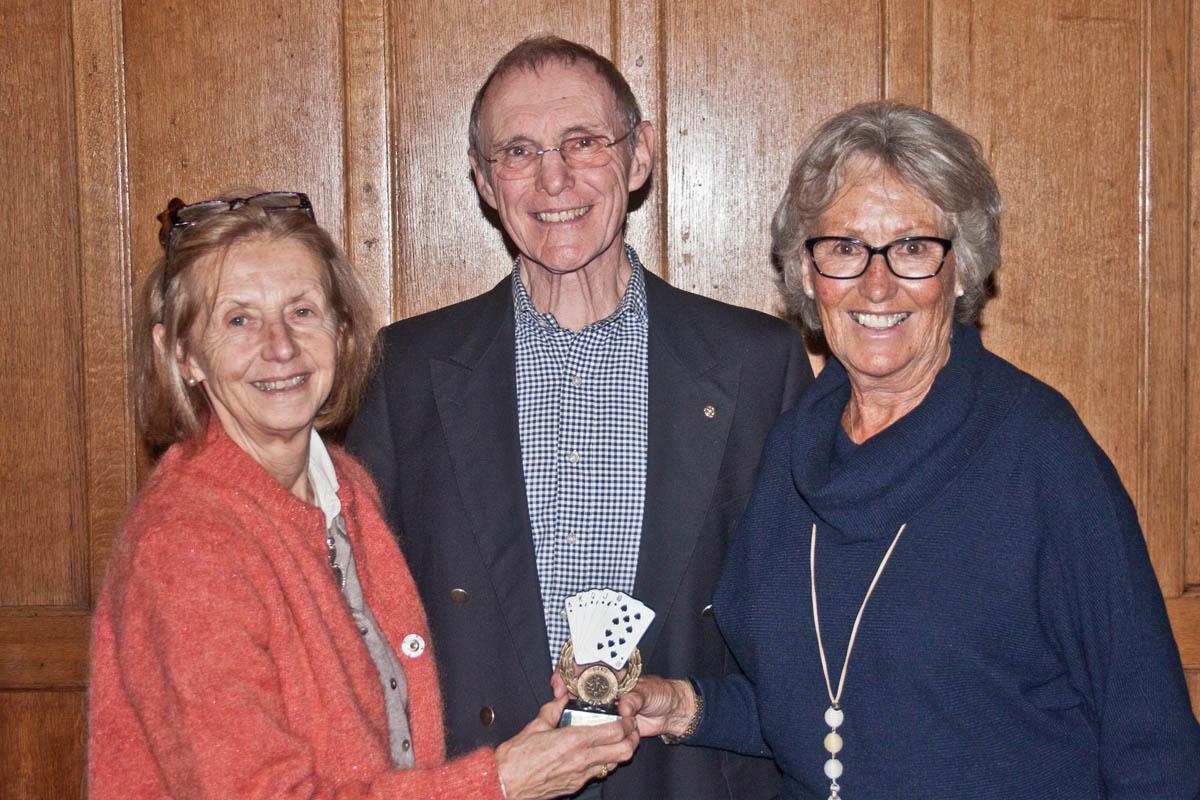 68 very keen card players were pitted against each other to win the coveted trophy.

In the end the result was a draw, but the true winners were the Rotary Club Charities who raised over £1,000.00. Nick Furr, the club's President Elect praised Sheila Jay, an honorary Rotarian, for organising the event and he was delighted to announce that this year they had raised a record amount of money for local and national Charities.

Pictured left is Rosie Cutbill and on her winning table were Caroline Stevenson, and Fenella and Christopher Evans. In the middle is President Elect Nick Furr and pictured
on the right is Christine Holmes and on her table was Liz Castle, Monica Moore and Louise Brown.