This year's Burns Supper was held in the Crowne Plaza hotel. 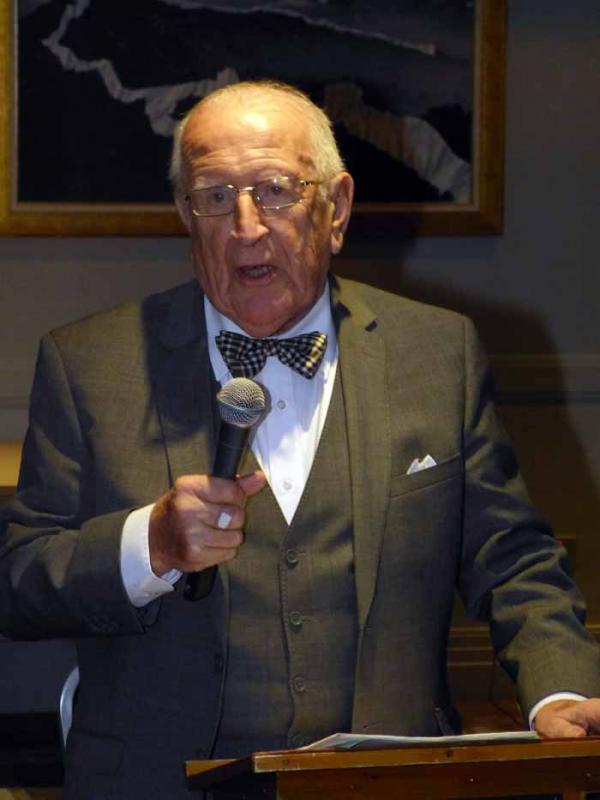 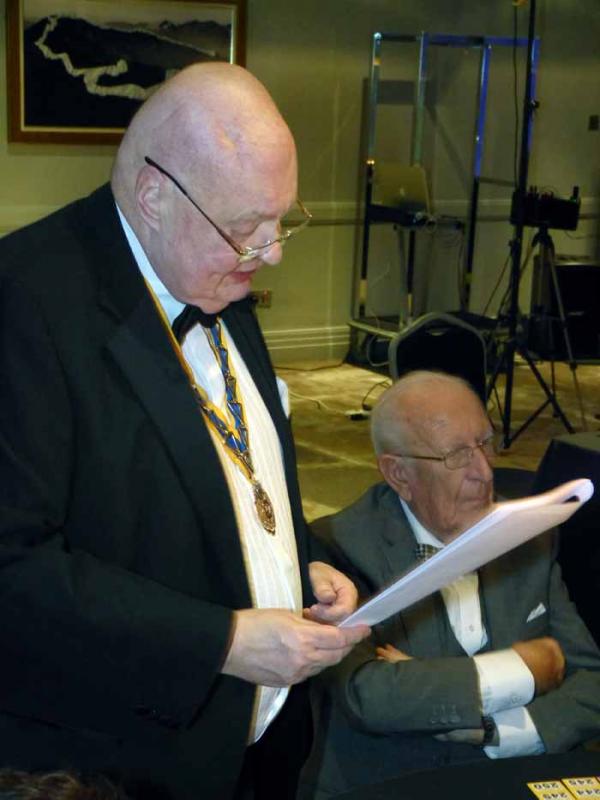 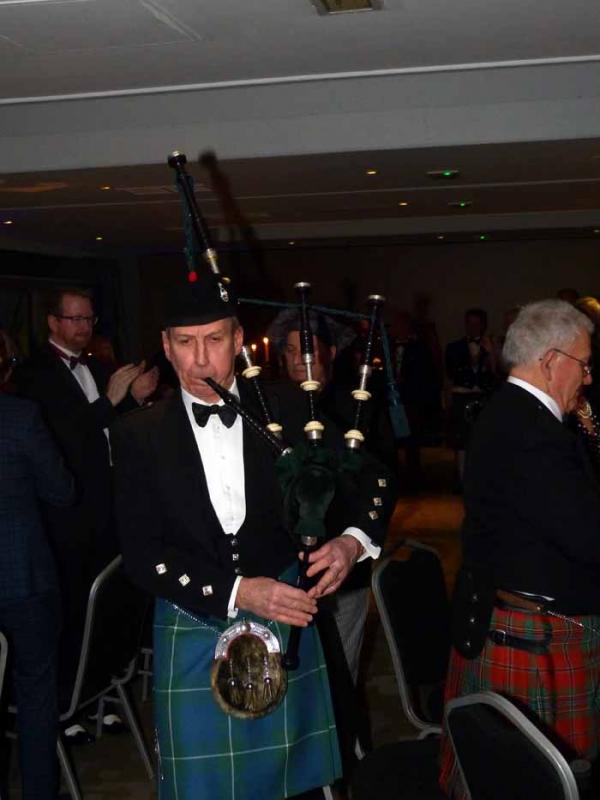 Iaqin Smith pipes in the haggis 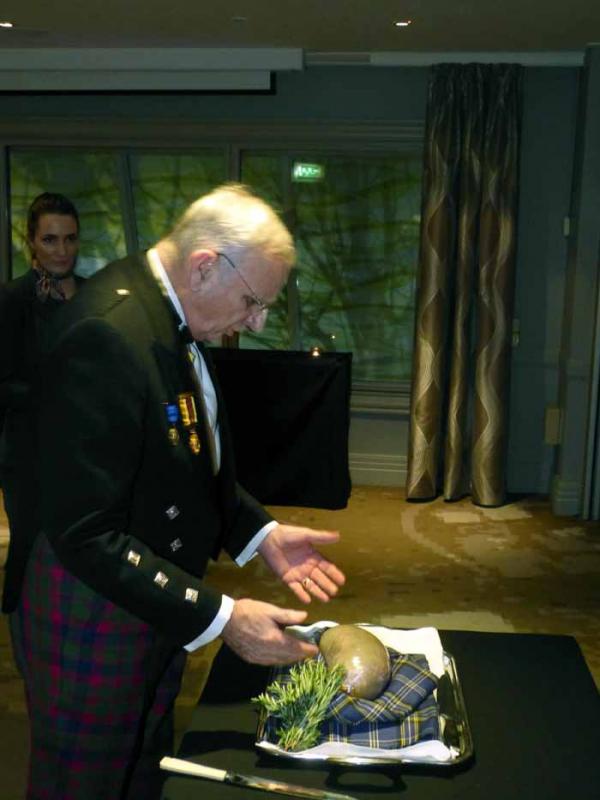 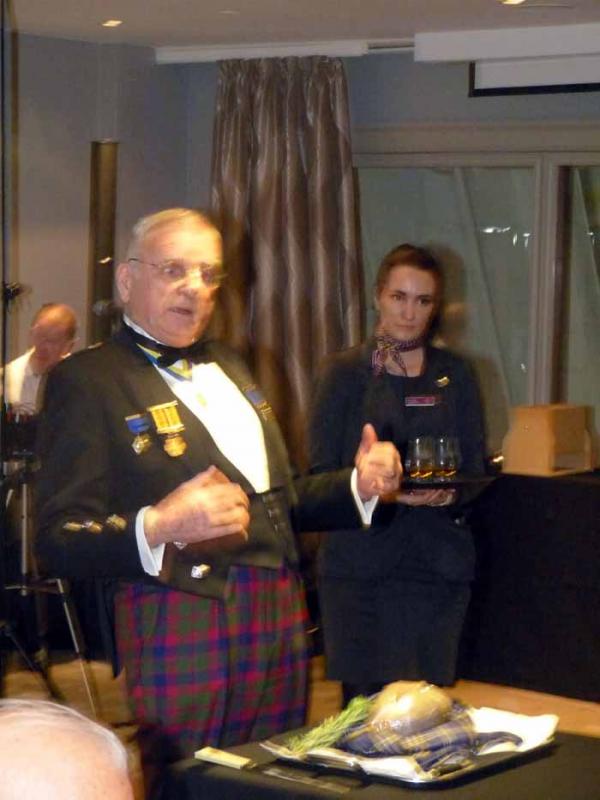 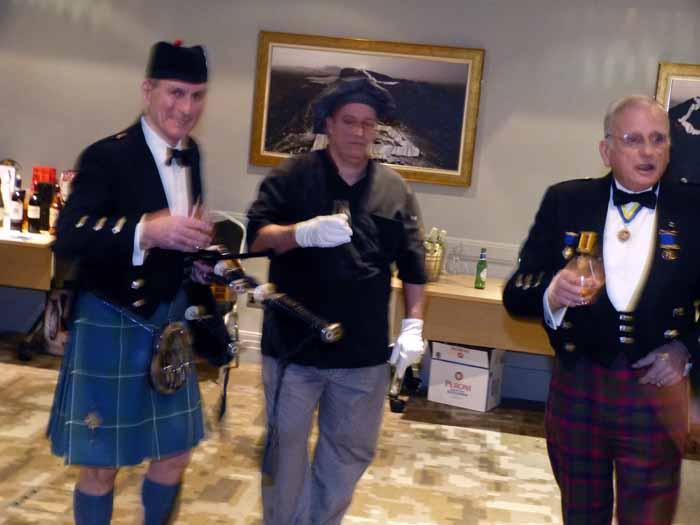 Drams for the piper, chef and speaker 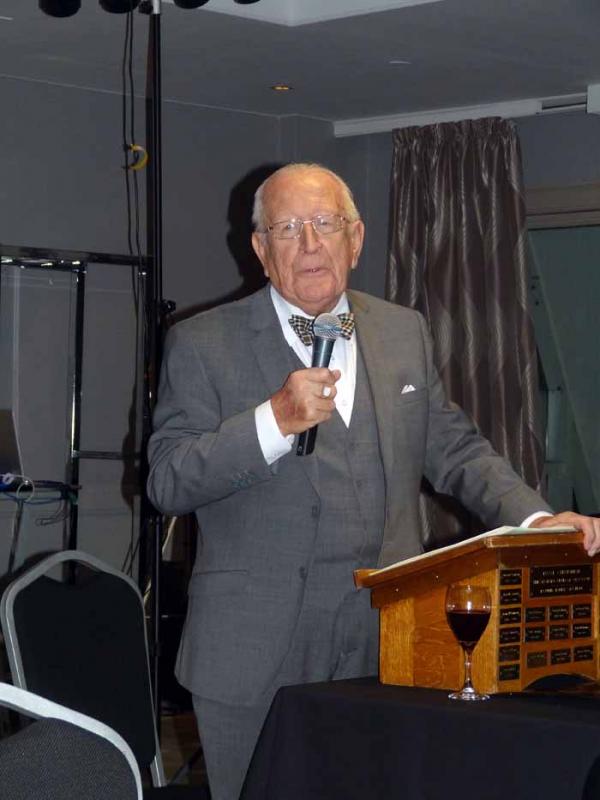 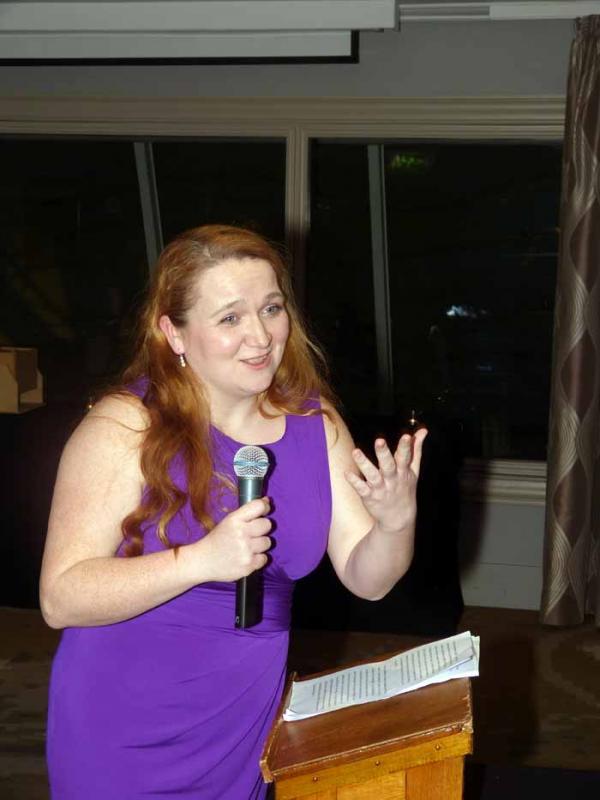 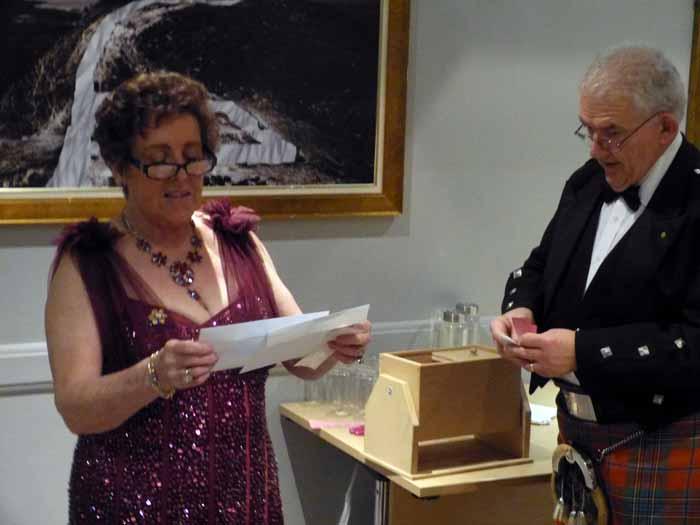 Caroel and Douglas drawing the raffle 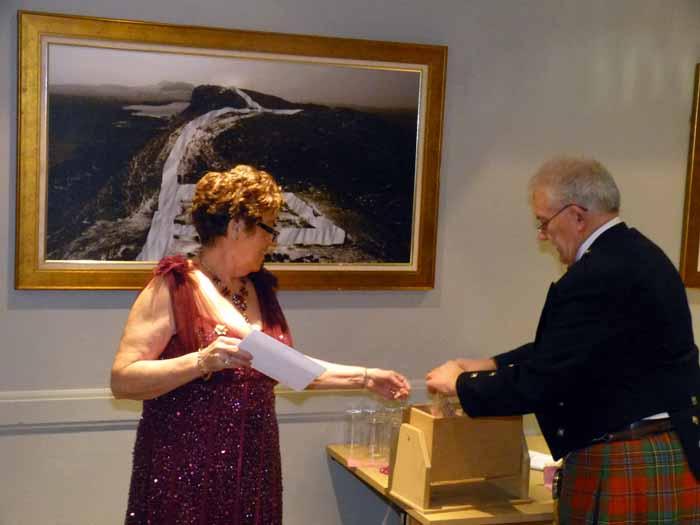 Caroel and Douglas drawing the raffle

President robin welcomed everyone to the Burns Supper.

The haggis was piped in by Iain Smith and addressed by Jack Steele.

Despite being unwell Len Murray gave a most entertaining Immortal Memory and he was warmly thanked for so graciously attending the event.

Stephanie Christie-Carmichael gave an amusing speech about the many women in Burns' life!

The local charity - Chagning Faces - benefited from the raffle.

President Robin and President-Elect Carole were congratulated on organising such an excellent event.