Special event to increase local awareness of the Club and provide information on activities. 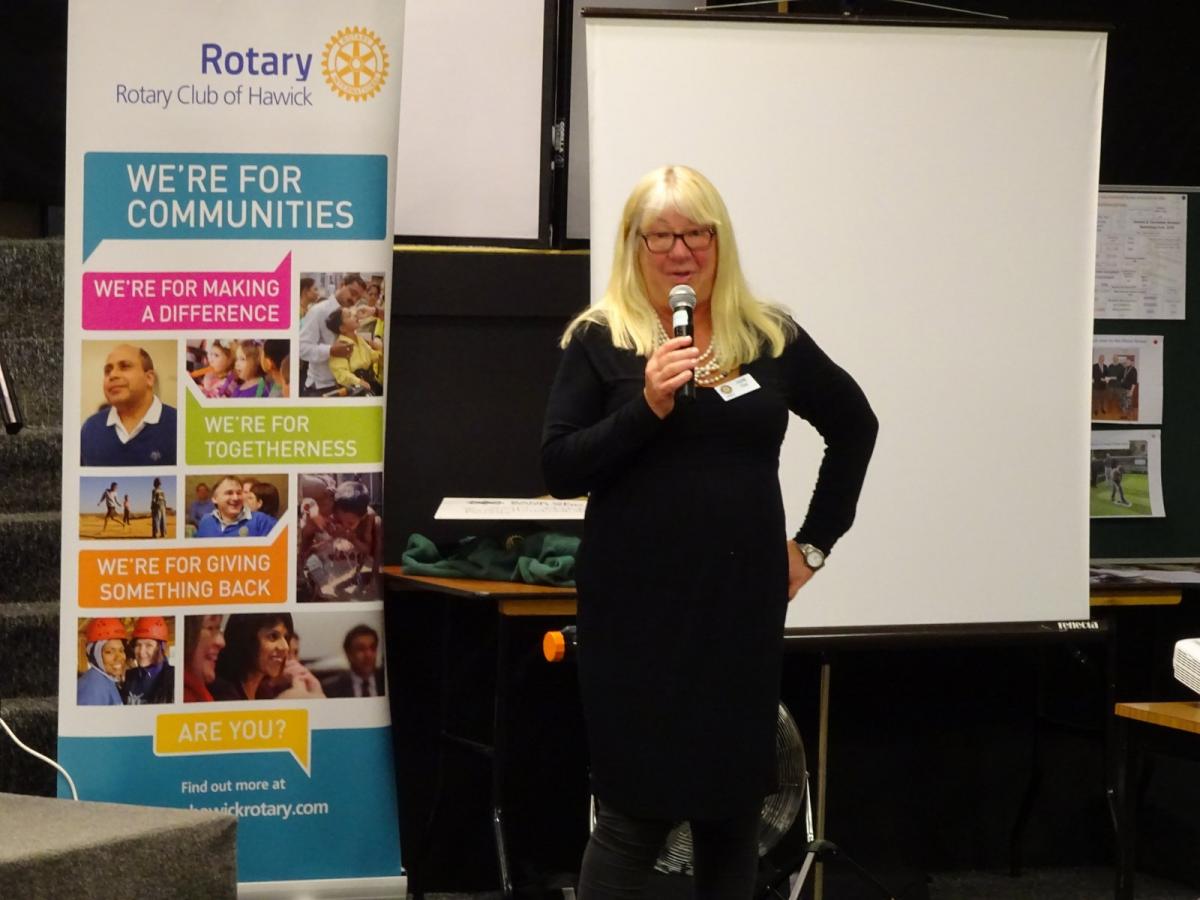 Jane Cox tells of the activities for local youth 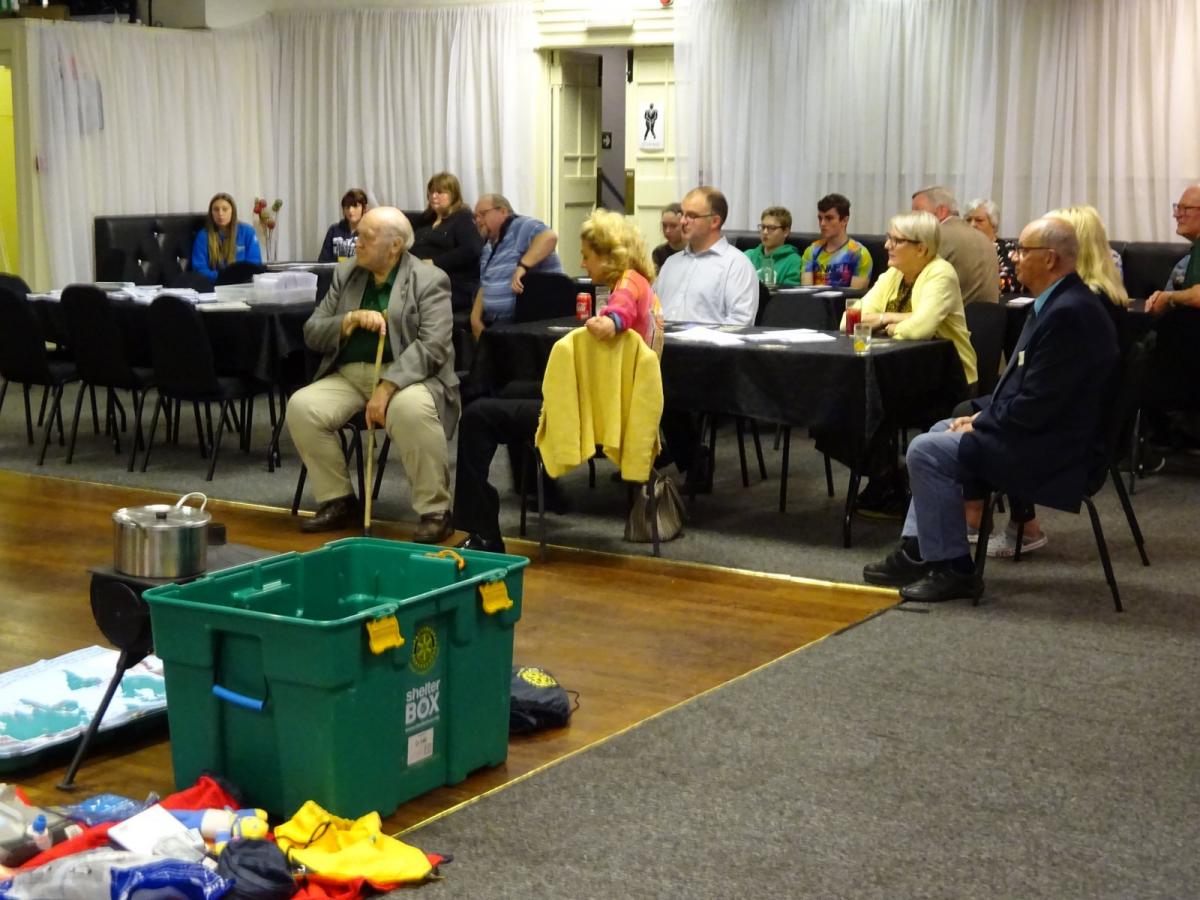 The audience hear of the good causes, while a Shelter Box is displayed at centre stage 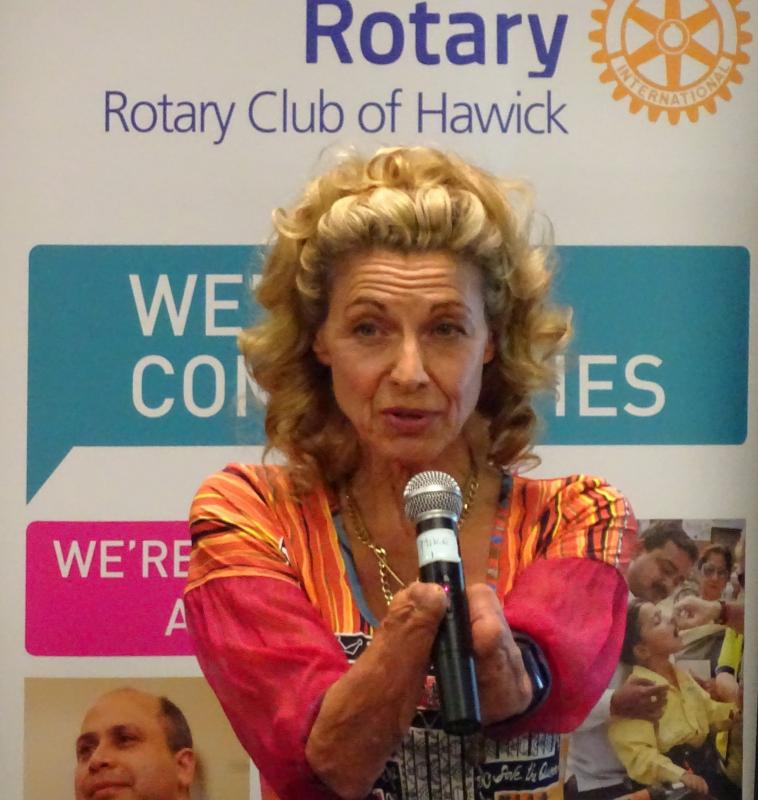 Olivia describes the work of the 500 Miles charity 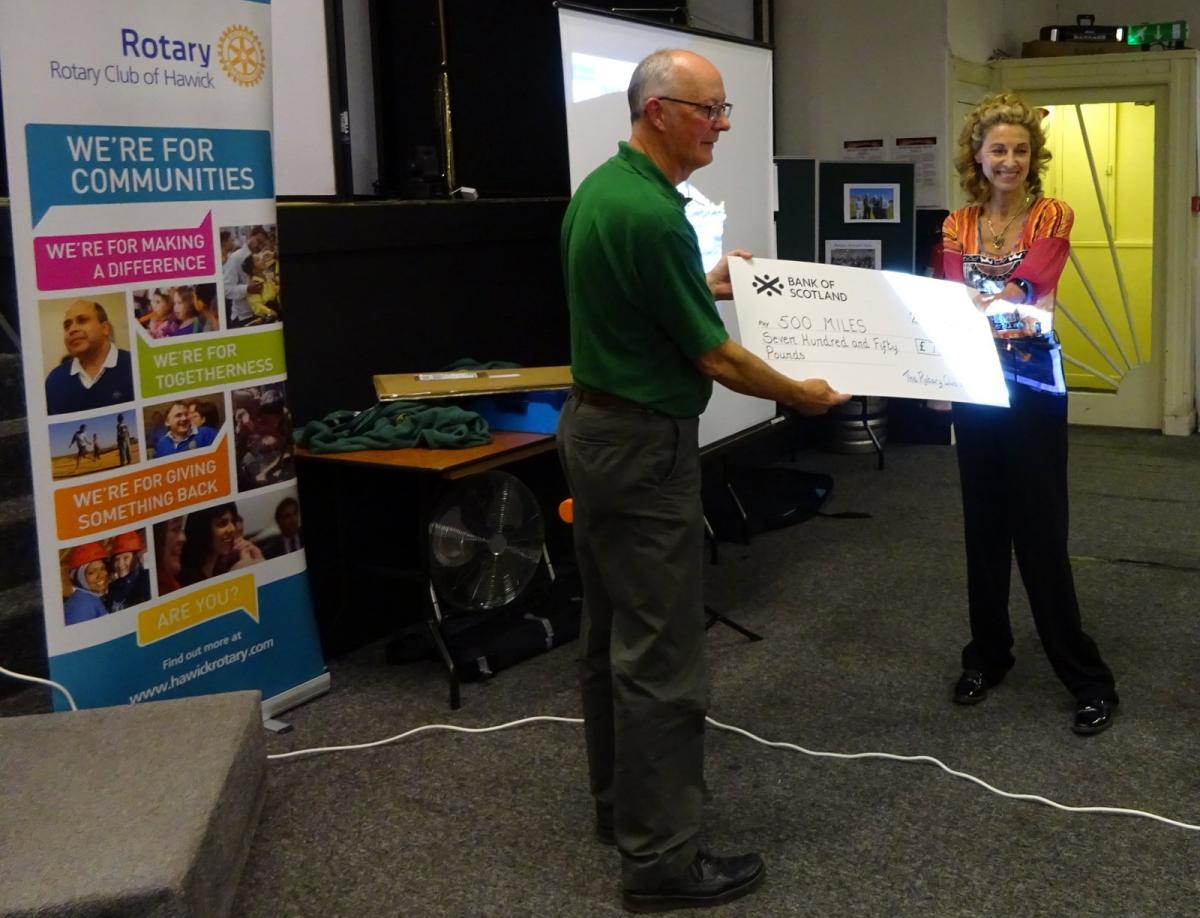 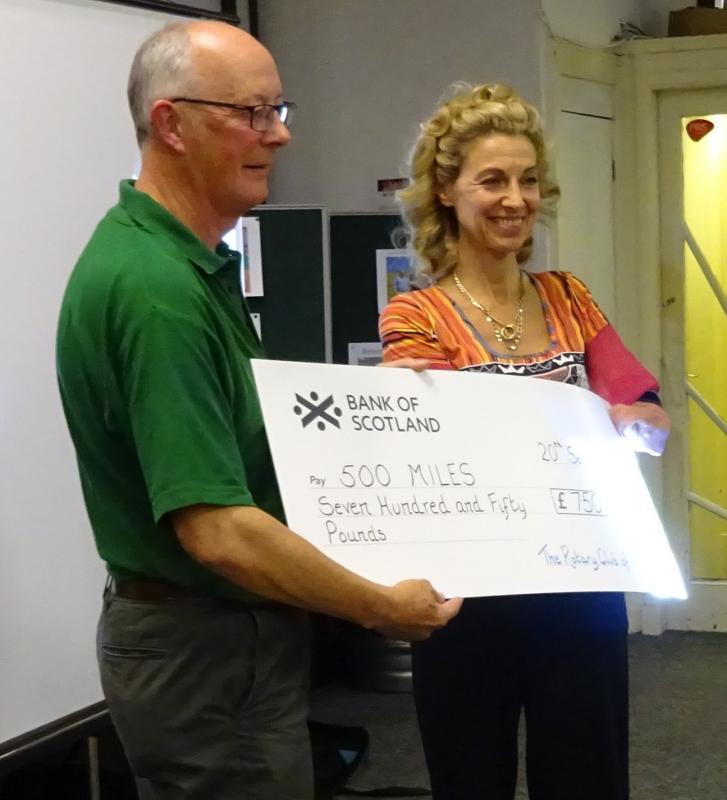 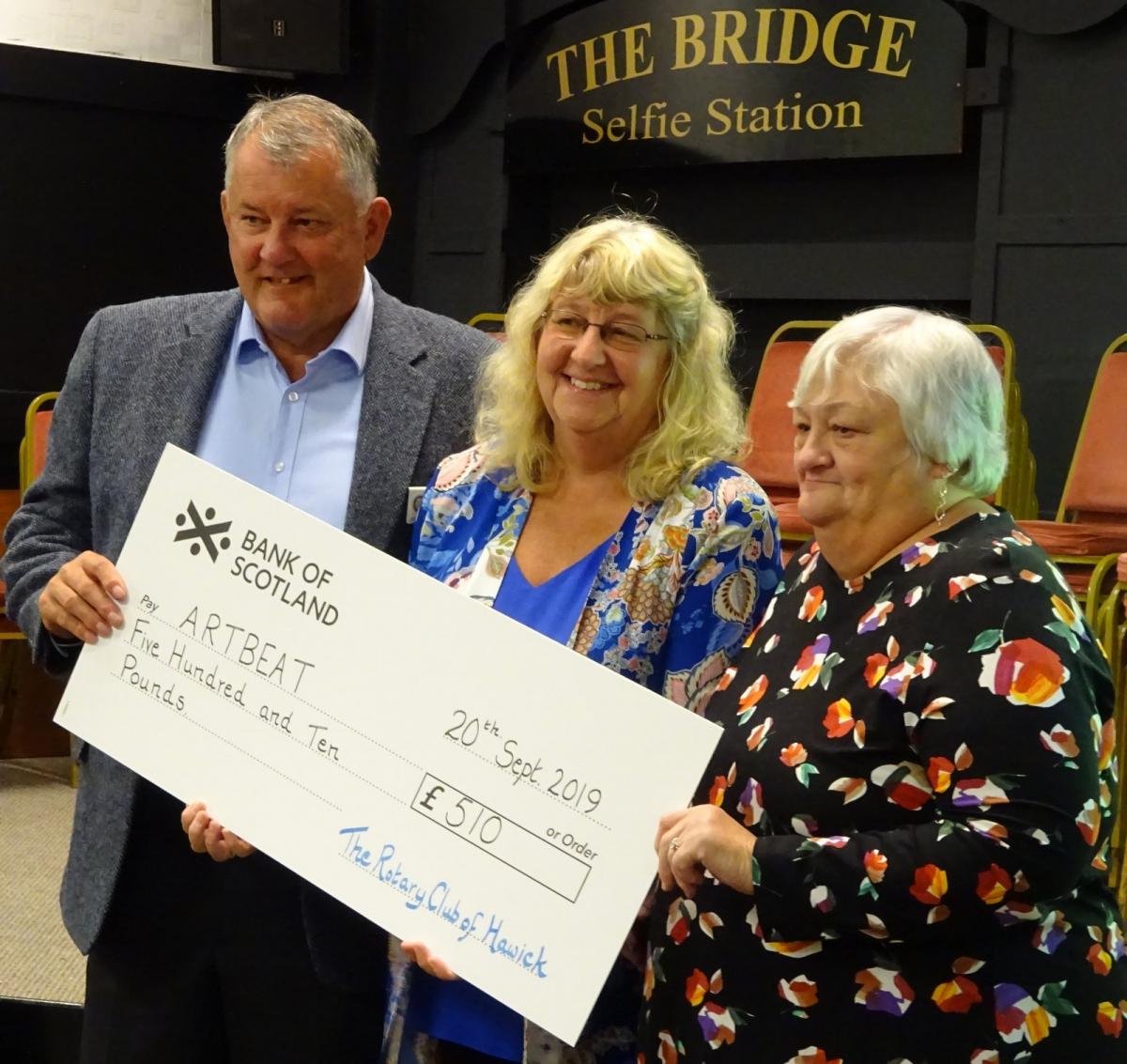 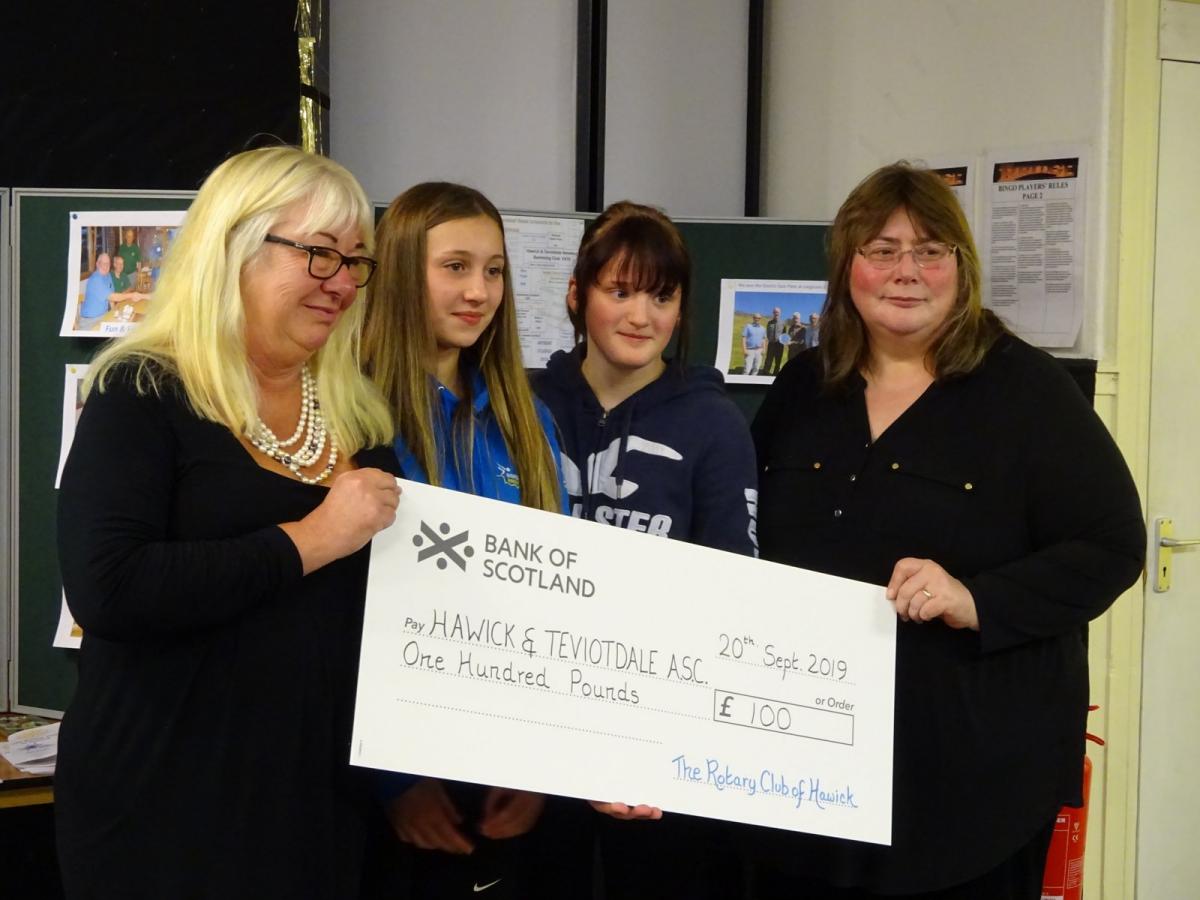 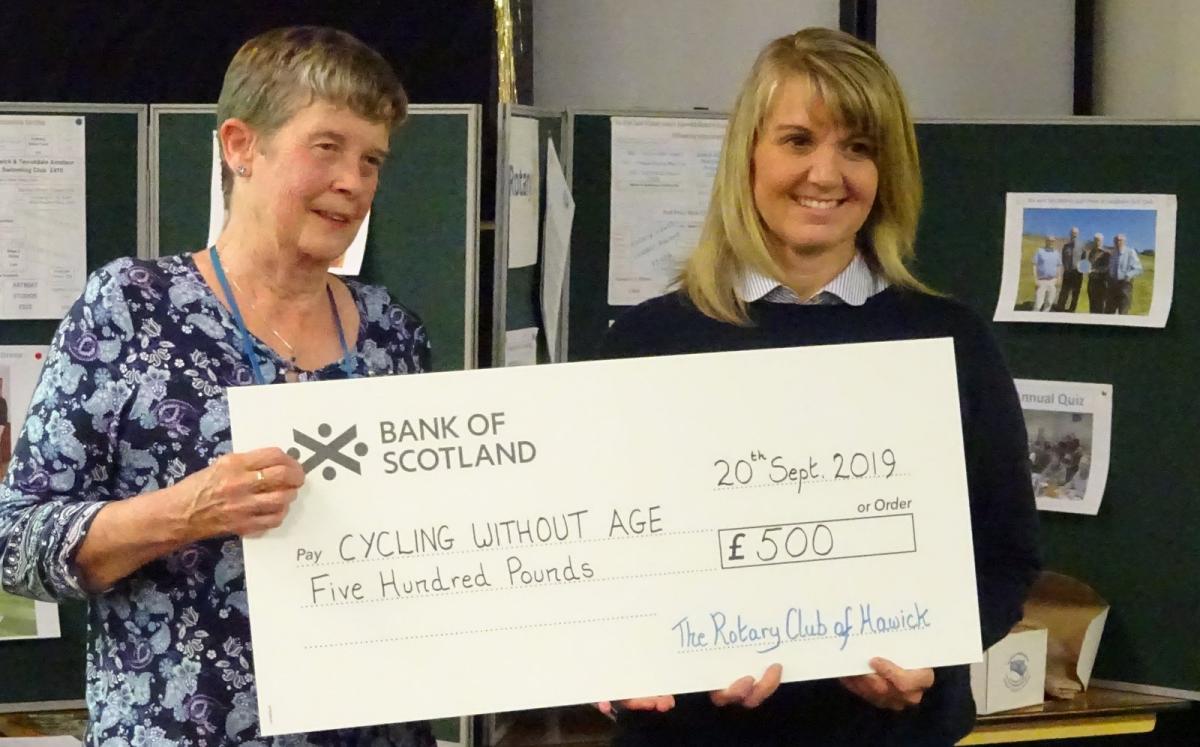 Rtn. Mairhi trickett gives Cheryl Fowler a donation to Cycling Without Age which seeks to provide trishaw outings for those in homes and hospitals 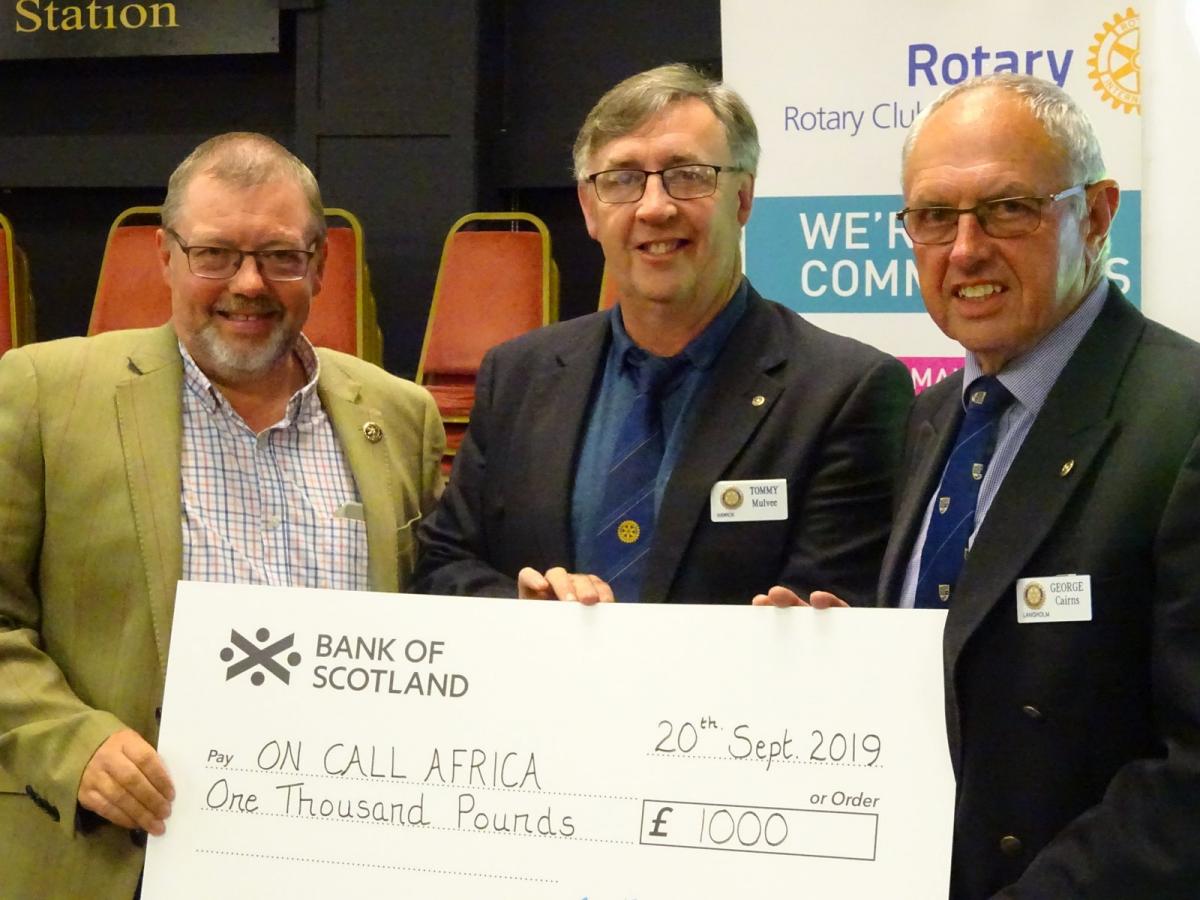 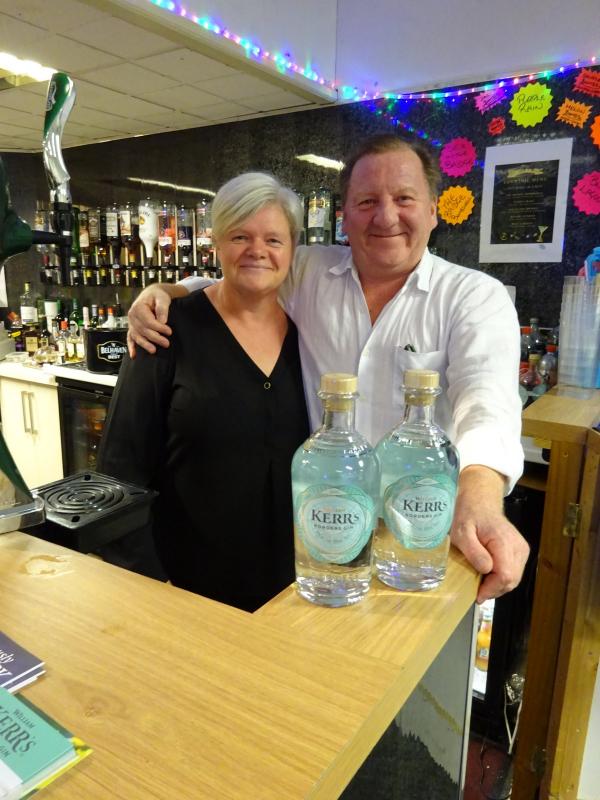 Mandy McGuigan of The Bridge Function Rooms and John Fordyce of Borders Distillery gave help and support for the success of the evening, with John donating locally made gin. 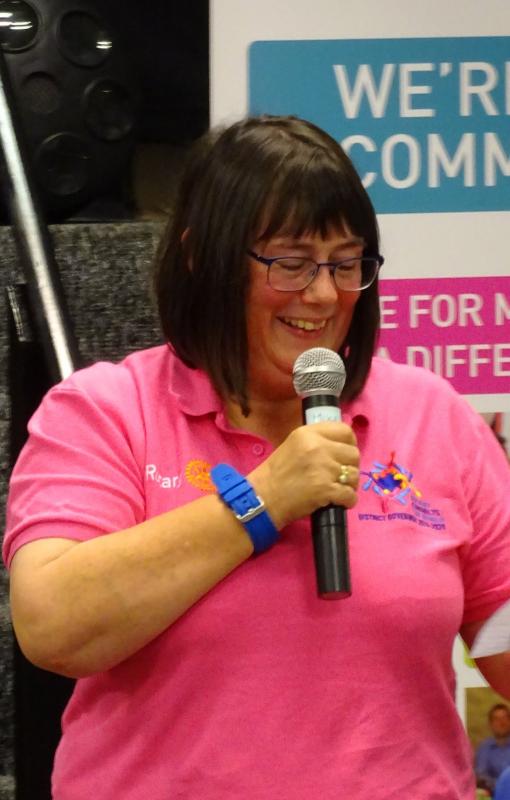 DG Jo Pawley of the Eyemouth Club rounded off the evening. District 1020 of Rotary extends from the Falkirk area through the Lothians and Borders and across to Kirkcudbright

Around fifty attended an Information Evening hosted by Hawick's Rotary Club at The Bridge Function Rooms on Friday 20th September. They were there to learn more of the charitable work done by the local club and, for some representatives of groups or charities, it was the occasion to receive cheques and to talk about the work their organisation does.

President Linden Warburton welcomed everyone and set the scene for the evening, before Rotarian Jane Cox described the Club's work with young people in the town. Competitions such as Young Artist, Young Chef, Young Musician and Young Photographer involve High School pupils, as does the Rotary Young Leaders Award which saw Kitty Morgan taking part in a week-long course in Perthshire in July.

Rotarian Ron Sutherland then introduced Olivia Giles from the 500 Miles charity which manufactures and fits prosthetic limbs in African countries. Hawick's support for this charity began some years ago and continued on Friday when Olivia received a further contribution of £750 for her life-changing work. She is an inspiration to others as she herself, formerly an Edinburgh lawyer, lost her own lower arms and legs as a result of meningitis.

Support for such international aid was also highlighted when two members of Langholm Rotary Club, Kenneth Pool and George Cairns, were presented by Tommy Mulvee with £1000 in support for their ambitious scheme to provide an off-road ambulance to help with rural health care in Malawi. The financing of this project echoes the recent work of Selkirk Rotary Club in the Philippines, supported by funding and personnel from Hawick, in that initiatives by local Clubs can then generate major additional funding from South East Scotland District and from Rotary International's Global Grants. The cost of the Langholm ambulance will be over £40,000 and that should be achievable!

Local community groups also benefited however. Cheryl Fowler of Cycling Without Age, which aims to provide trishaw transport for residents in local homes and hospitals though Wilton Lodge Park or other areas, was presented by Mairhi Trickett with £500, towards electric batteries for the scheme. Kerr Scott then handed over £510 to Etta Irvine and Annette Reeves of Artbeat , and Jane Cox gave a cheque for £100 to Hawick & Teviotdale Swimming Club's Hazel Garden who was accompanied by swimmers Poppie and Sophie. The Swimming Club receive support annually towards the medals presented at the local Primary Schools' Swimming Gala.

The support which was evidenced on Friday evening is only part of the Hawick Club's efforts. Distributed around the venue were leaflets showing the amounts given to both local and international charities over the past three years. The average has been over £4000 per year, and this amount is indeed increased through the Lend With Care micro-financing scheme which sees the Club make loans, rather than grants, to small business owners in a wide range of countries. From an initial pot of about £200, loans have been made, repaid, and given out again to become an overall total of about £2500 in support.

The Club also contributes towards the worldwide scheme to End Polio Now which is a joint effort of Rotary International and the Bill & Melinda Gates Foundation. A symbol of that support has been the 'Purple for Polio' crocuses which made such a show on Weensland Road in the spring, and which should also show on the Galalaw Roundabout.

On display throughout the evening was a Shelterbox. These large units contain items for sheltering and sustaining families in emergencies, usually after natural disasters. Each costing more than £600, a stock of them is kept at the depot in the south from where they can be sent immediately to crisis locations with Clubs able to contribute at any time to maintain these stocks.

District Governor Jo Pawley from Eyemouth then spoke in support of the local Rotarians efforts and gave a vote of thanks before the company mingled and chatted, enjoying the cheese and wine available, and the gin and tonics most generously provided and served up by John Fordyce of the Borders Distillery. The Club, which visited the Distillery earlier in the year, is very grateful to John for this gesture, and to Mandy of The Bridge Function Rooms for the cooperation and support in organising what was seen as a most successful evening.