This year's Santa Fun Run was a great success. 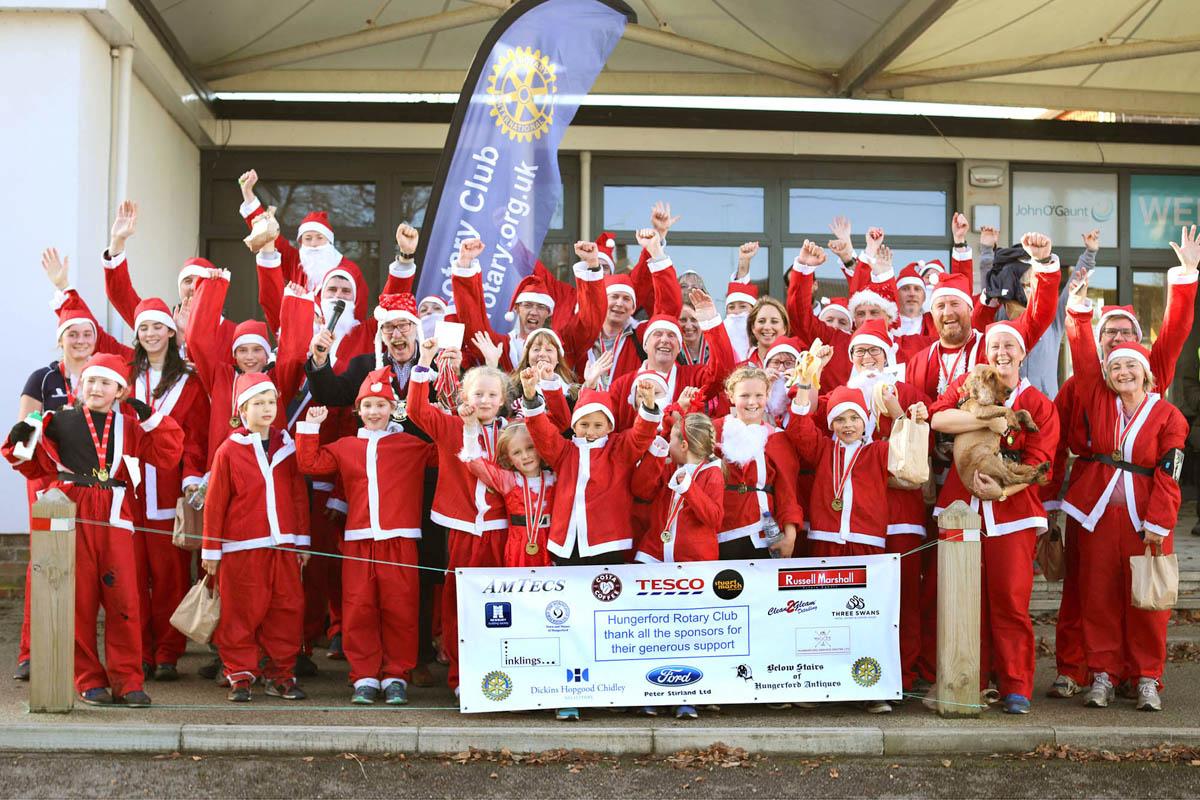 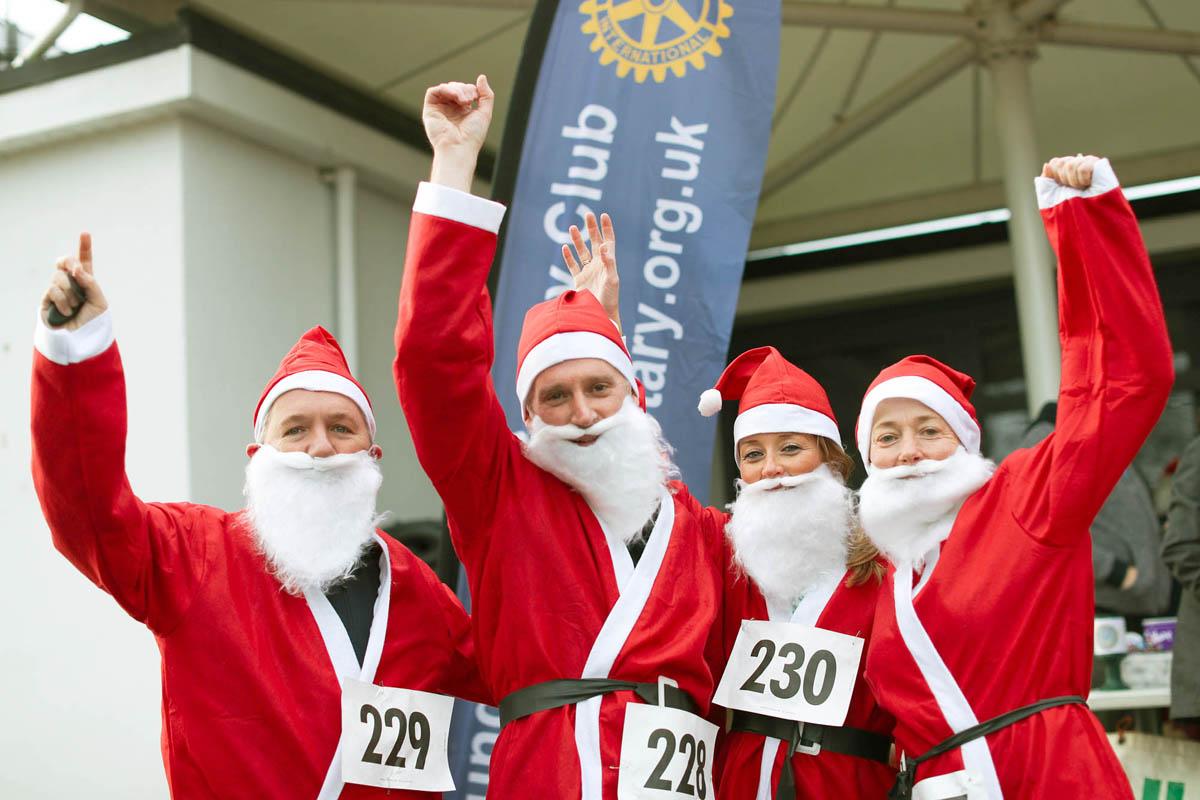 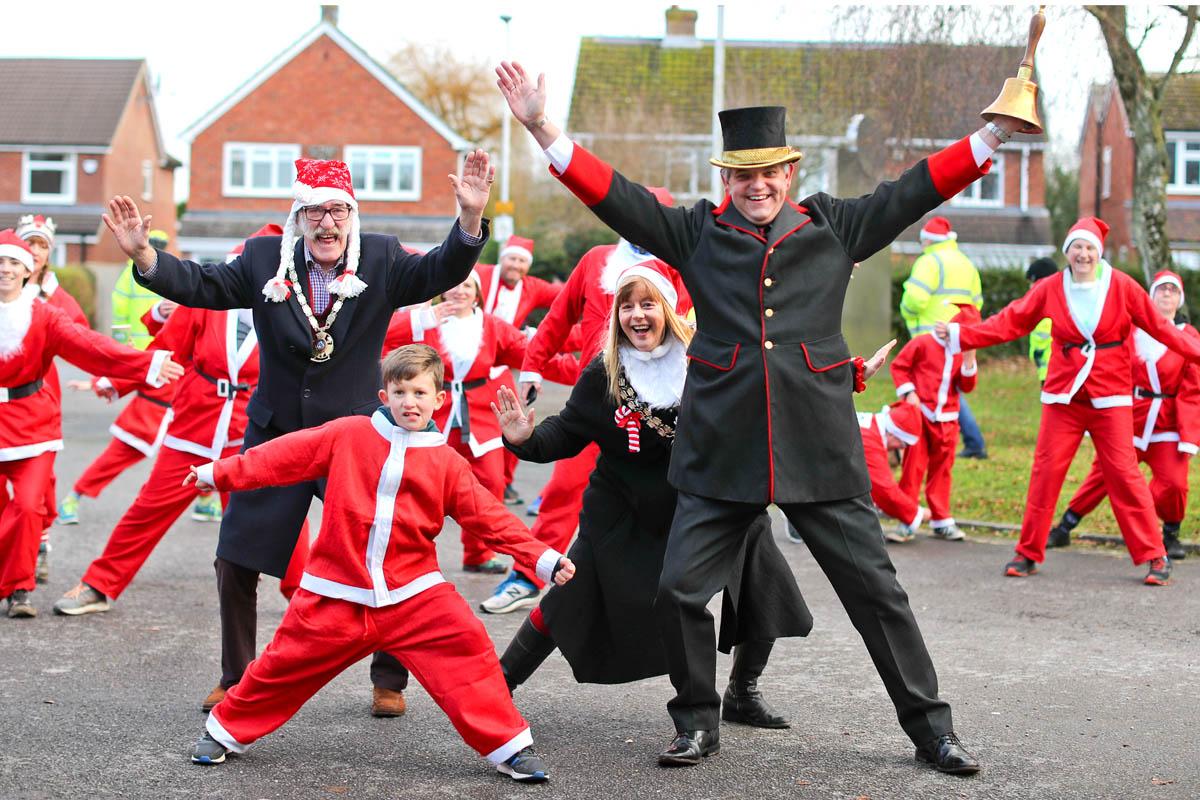 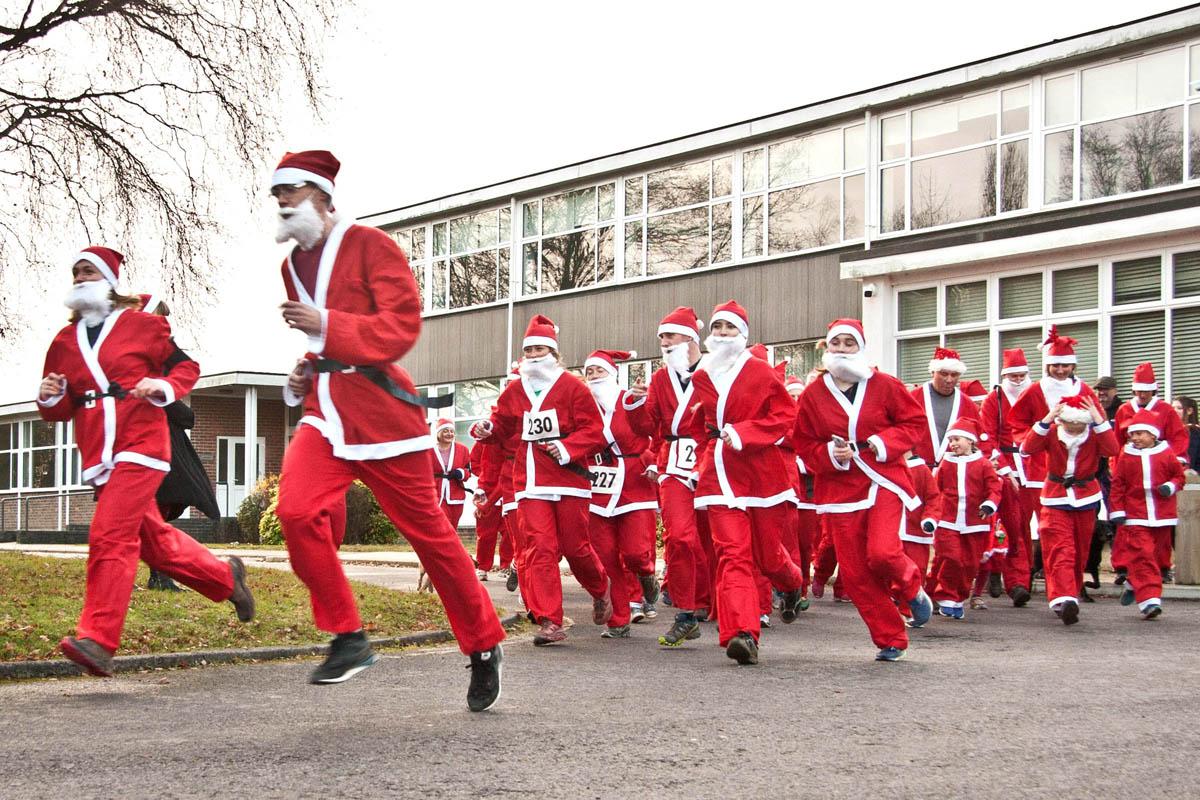 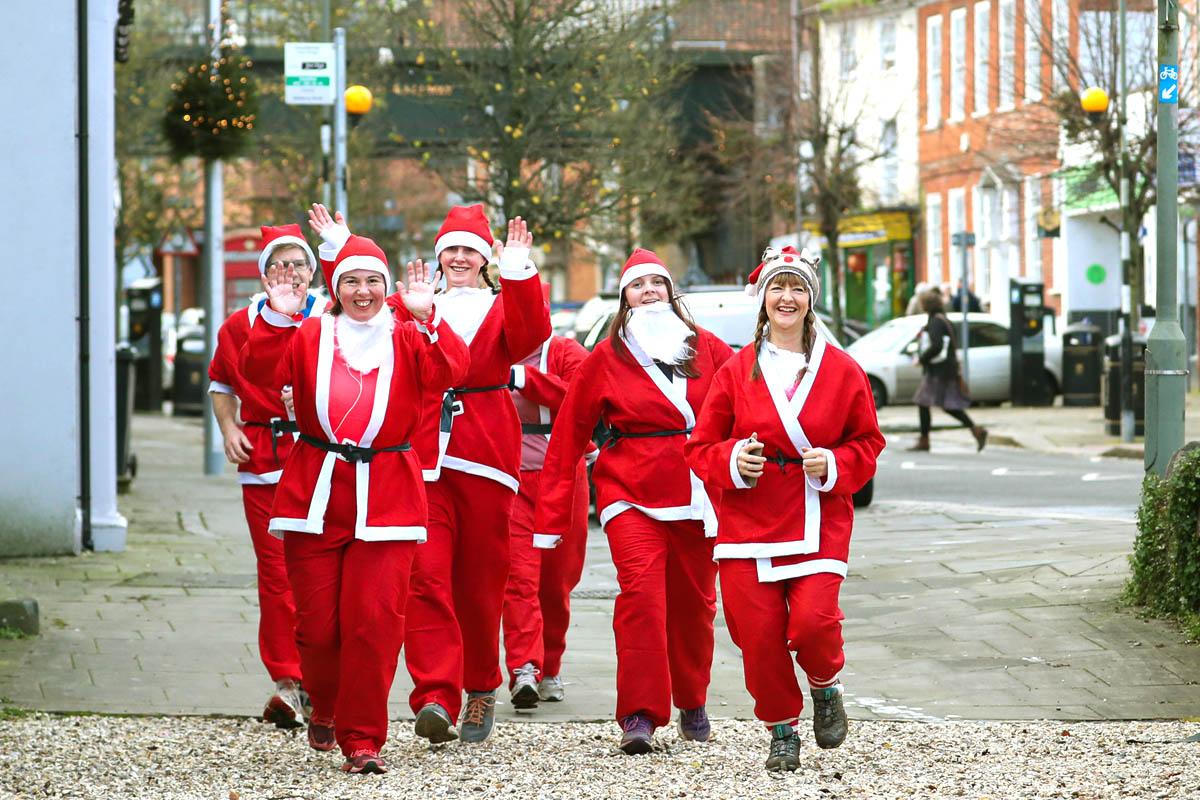 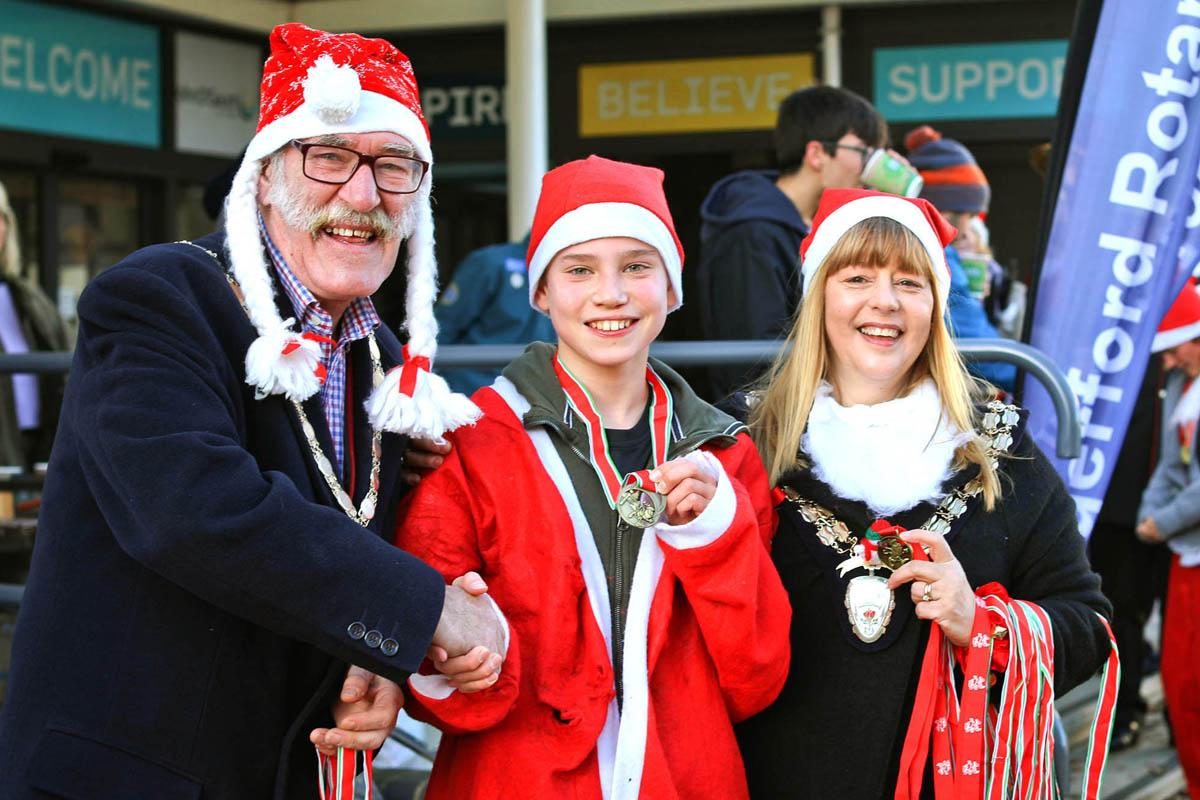 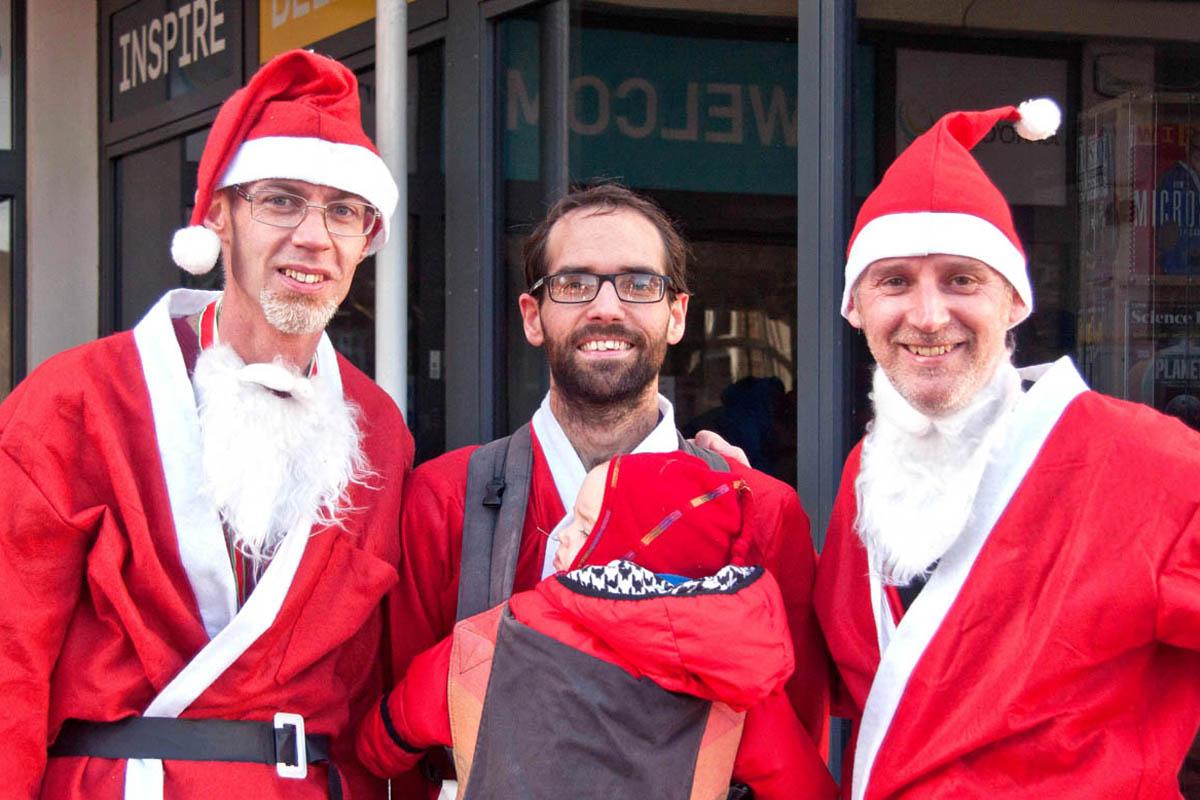 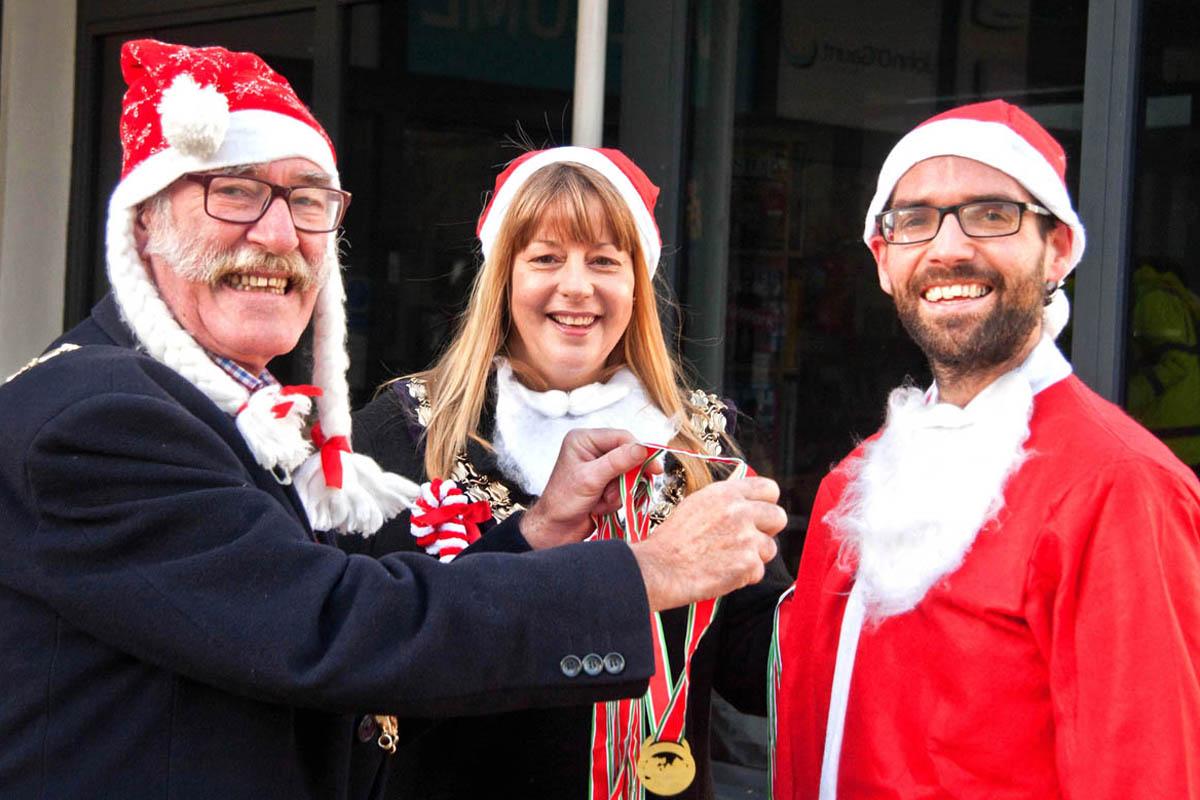 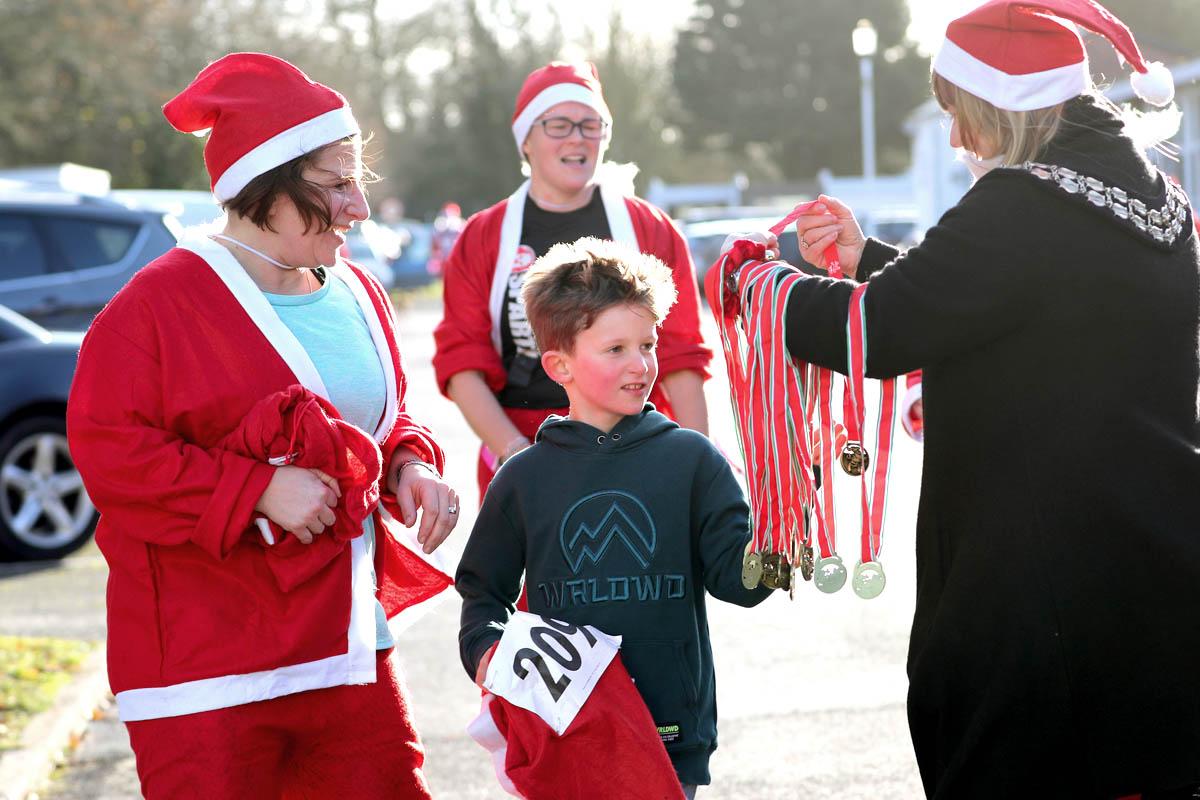 The weather was set fair for nearly 60 runners, joggers and walkers who took to the roads and common of Hungerford for Hungerford's  Rotary Club's 4th Santa Fun Run.  The Town Constable Nick Lumley and town Mayor Helen Simpson were on hand to start the race and hand out medal at the finish. Town Bell man Julian Tubb greeted all the finishers with a resounding ring of his bell to welcome them home. The High street was an amazing site, even stopping the traffic, to witness a sea of red Santa costumes heading towards the common. The eventual winners were 1st Andy Davy from Hungerford, second Alex Milne- White, also from Hungerford and 3rd Brian Billington from Baydon. The winner of the junior section was Charlie Ogilvy. The runners were collecting money for their own charities and the Rotary Club's charities will also benefit from the money raised for organising the event which is expected to be in the region of £1,500. An excellent day for the charity and for the fun runners. The club would like to thank all those that took part, their very generous sponsors and the many helpers on the day. Pictures by Stuart March Photography