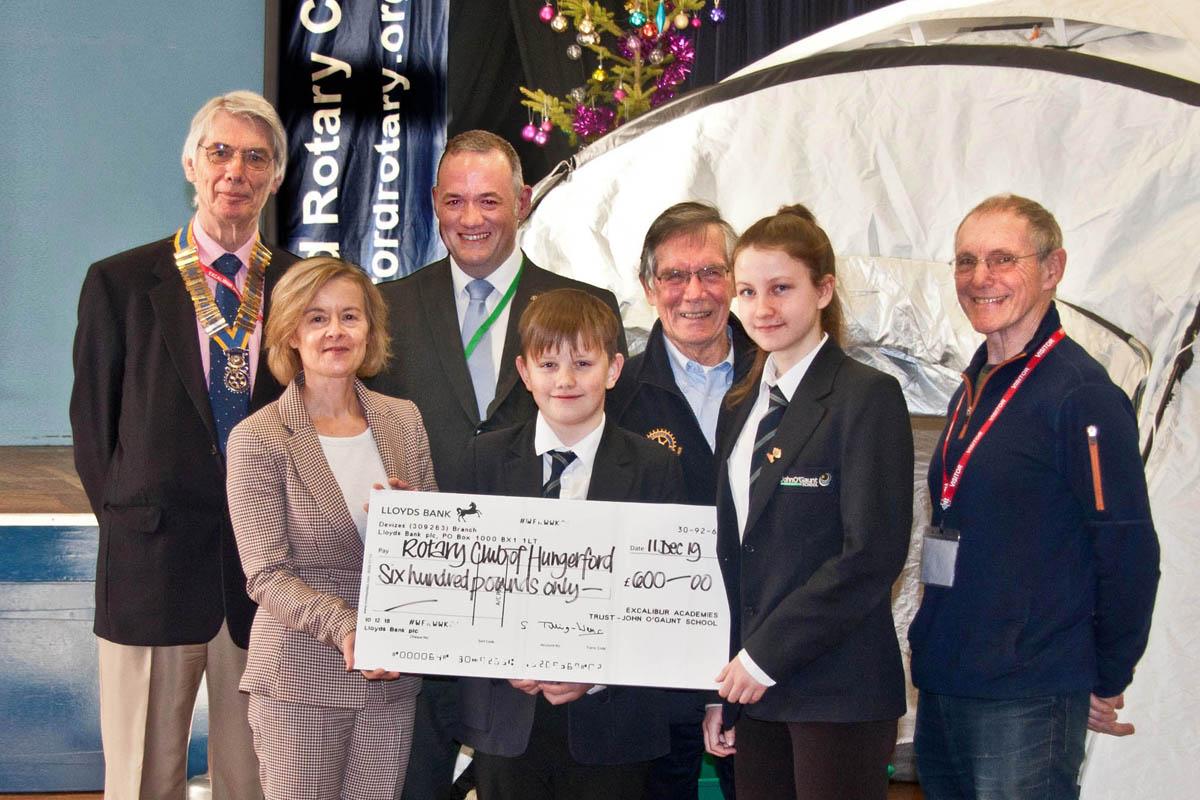 Years 7-10 (approx 300 students) of the John O'Gaunt school Hungerford held a sponsored walk on footpaths through the country side  to Inkpen and back through the countryside to raise money to help those in need in areas where natural disasters have taken place.

They raised between them £996 which gave enough for one Shelter box. This unit  which contains a tent for shelter and life support items is deployed to give a quick response to those in need where natural disasters have taken place.  Some money raised went towards the JOG fund, which is currently supporting the Arts and sports facility at John O'Gaunt School.

Hungerford Rotary Club President Mike Gilbert, Rotarian Jon Shatford one of the School Governors, Head of School, Corrine Walker, students James Dumelow and Izzy Barnes who were on the walk and collected a large contribution to the charity, John Smart of Shelter Box and President Elect Nick Furr.