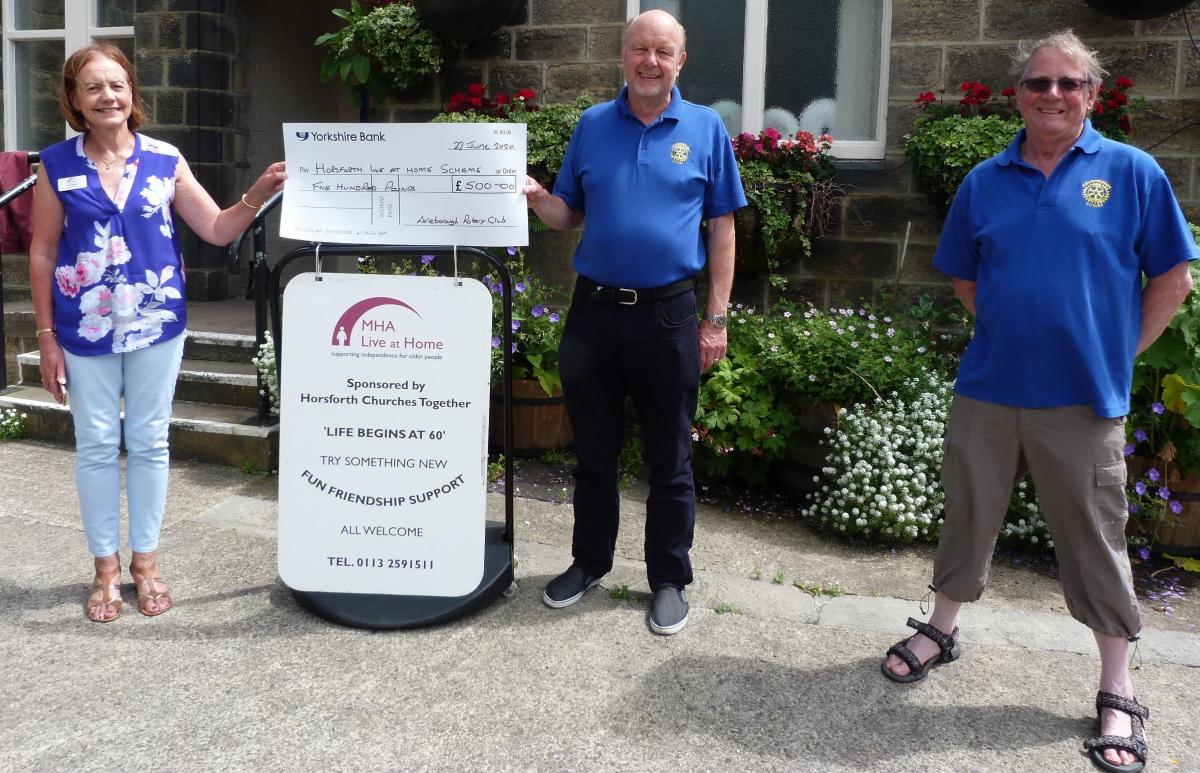 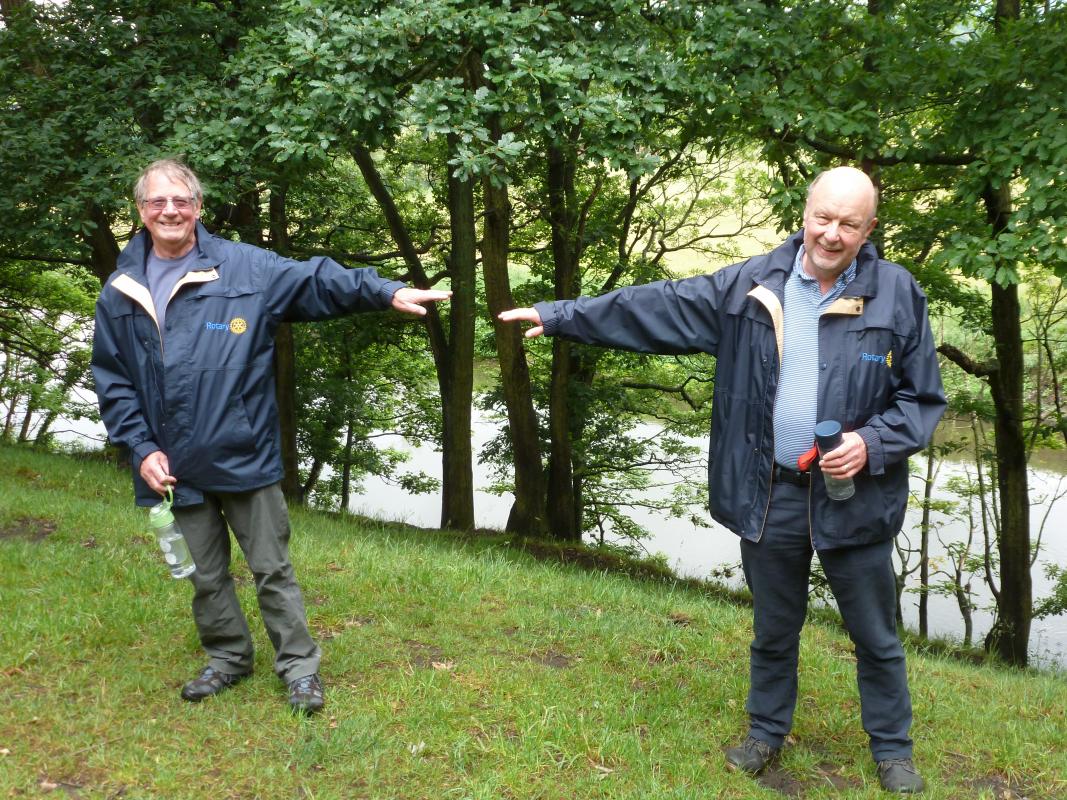 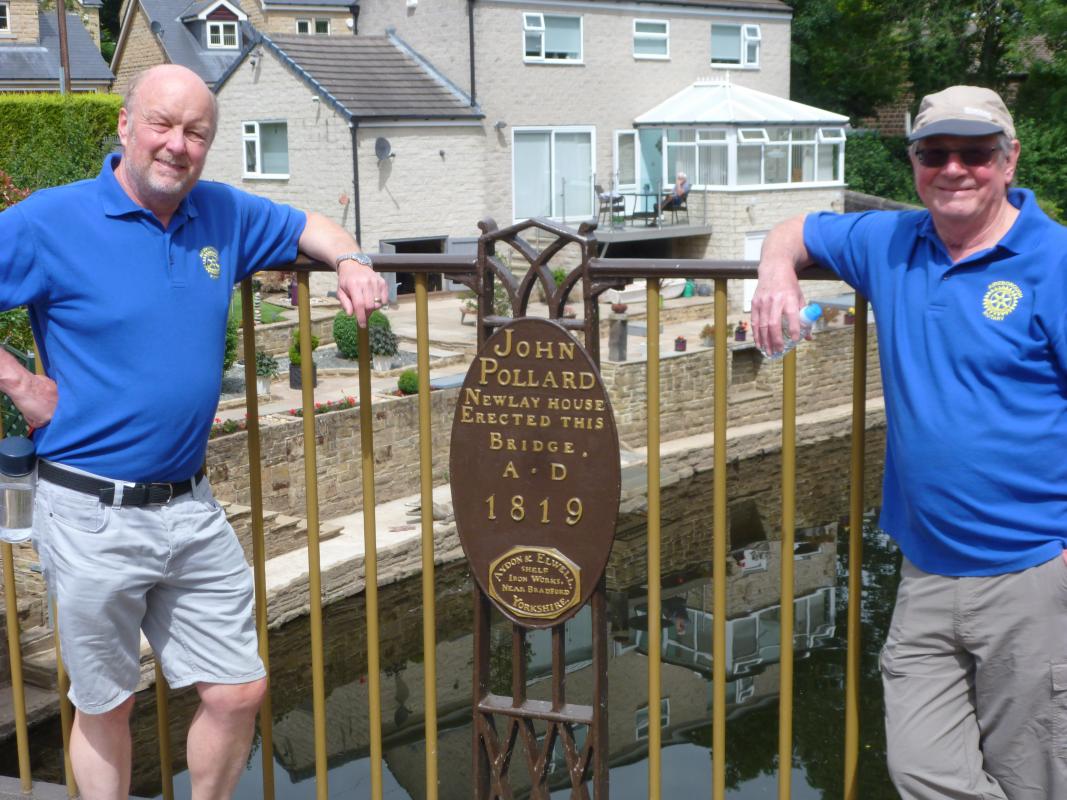 They joined Sue Oliver, the Local 'Live at Home' Co-ordinator who spoke at the Club this year, in a sponsored Marathon Challenge relating somehow to 26.2 miles. Their choice was to walk at least 2.6 miles per day for 26 days no matter what the weather. In the event they walked as far as 3 marathons and sometimes cajoled their wives Morag and Mitzi to join them.

Choosing different routes each day they discovered parts of Rawdon and Horsforth they did not know existed. The sponsorship target for the trio was £500 and by the morning of the final day the total stood at £1615. With Aireborough Rotary donating £500 on 23 June the end result will be past £2000. The pictures taken a week apart show social distancing is an acquired habit and they wore well looking especially cheerful donating the cheque to co-walker Sue Oliver.