Nik Harwood - CEO of Young Somerset - one of our Moonraker Charities this year.


To celebrate St Bartholomew’s day, and the birth of William Wilberforce in 1759, twenty Rotarians gathered in their studies and living rooms to attend a Zoom meeting, together with Nik Harwood the CEO of Young Somerset. This organisation is one of our main Charities this year, and after a short introduction by our president, Nik gave a very illuminating talk on the work of his Charity.

Young Somerset, which evolved out of the Somerset Rural Youth Project, began as a small charity in 2018, and has expanded over the past two year, working with children and young people under 25 at various levels in all areas of the county and beyond; their mission to ‘Put Young People First’

Young Somerset work is project based, in youth clubs, communities and schools, providing support to young people who need help with education and training; working to build relationships between young people and local agencies and seeking to reduce anti-social behaviour including drug problems.

One of their main projects concerns the mental health of young people. And of the 46 staff employed by the Charity and the 15 volunteers, Young Somerset have 12 Wellbeing Practitioners who work in the community and in schools, providing one to one support to young people for a range of mental health difficulties. Nik is sure that once schools go back in September after the Lockdown, their work in this area will dramatically increase.

Young Somerset’s budget for this year is 1.2 million pounds. They have at the moment contracts with the NHS Somerset’s Clinical Commissioning Group, to provide, in particular, Mental Health services to Young People, but need additional financial support for much of their other work.

After the vote of thanks was given by Michael Cooper, Tony thanked Keith, and all others involved in the Golf day which was very successful. Keith echoed this and told us that, as this was his final year as organiser of the event, he was looking forward to taking part himself next year.

Kathryn reported that the organisation of this years Moonraker was well advanced and that the committee had appointed a professional Health and Safety adviser to work with Andrew, our Club H&S officer, to draw up a Health and safety plan for the event. Kathryn also asked any member who had not yet volunteered to help on the night, to contact her or myself as soon as possible.

The next meeting of the Club is on 31st August which will be at Colin’s Tea Rooms; outside under gazeboes, start time, 7.00pm. Please contact Richard Austin by phone or email if you intend to be present by midday this coming Friday. Also, as this will be a steak night, please let Richard know how you want your steak.

Meeting by Zoom on 14th September, when we will be given a talk by Dr Chi from Oregon State University on the global effects of Covid-19. 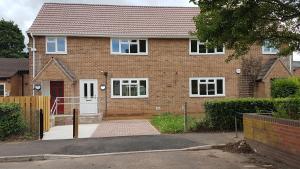