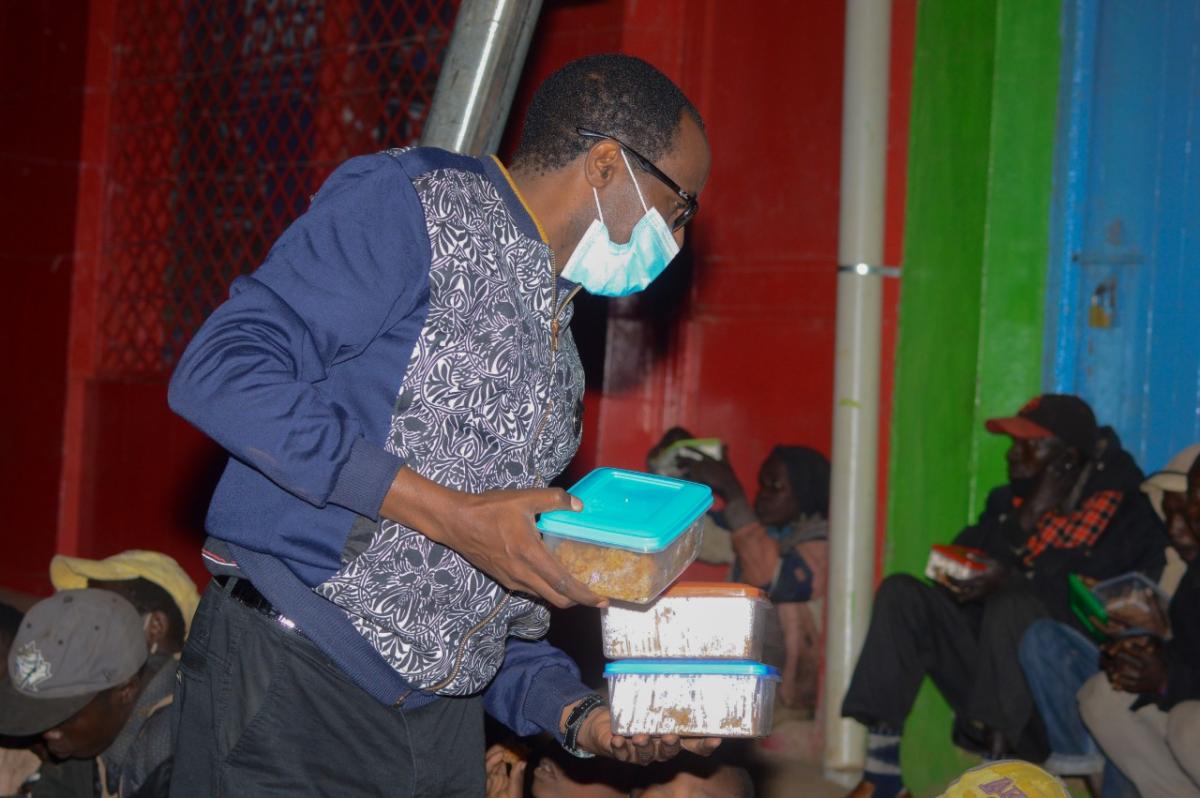 There are four categories of street kids.

The first is children who work and live on the street full-time, living in groups in temporary shelters or dark alleys.

The second category is children who work on the streets by day but go home to their families in the evenings. This category constitutes the majority of street children in the country.

The third category is children who are on the streets occasionally, such as in the evenings, weekends, and during school holidays.

The fourth category is known as “street families”, children whose parents are also on the streets.

There are many reasons as to why some of the kids are on the streets. Some of the reasons include -sexual, physical or emotional abuse, urbanization, HIV / AIDS, being forced into criminal activity, being rejected from their family for so called “moral” reasons, mental health issues, substance abuse, sexual orientation or gender identity. While there is no doubt that there are common reasons that push children on to the street, dealing with each child as an individual, with their own backstory and identity, is key to understanding their situation.

Rotary club of Meru has a feed a street kid program. They usually provide the street kids with one meal per day mainly supper. They interact with the kids as well as talk to them. Recently the club with a group of youth volunteers and rotaractors they donated to the kids some clothes and shoes and beddings.
Here are some of the stories from some of the street kids in Makutano, Meru town. 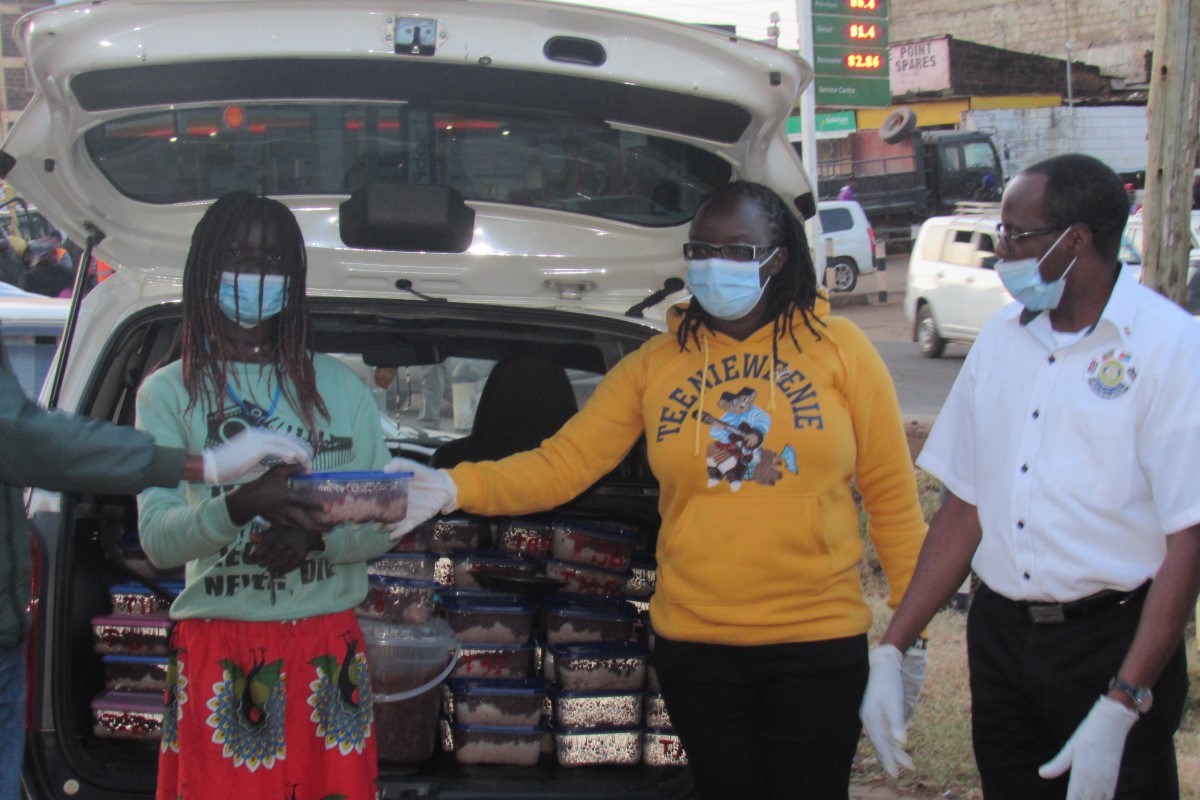 Jacqueline Kageni is one of the members of Meru street families. Her original home is in Kagaene, a small village before Thimangiri in Meru County. About a month ago she turned 20. She joined the street life last year in 2019 after her mum passed away. Her biological father abandoned them when she was still young.

She escaped to her grandmother's house but on arrival she was met with a lot of hostility. One of her uncles threw her a long knife which injured her left leg and threatened to harm her if she ever returned to that home. Jacqueline fled to the streets to save her life. Ever since then she has become part of the street family. Her street friends refer to her as “Kamama”. She sniffs glue with them and begs for food from passersby with them. To become part of the gang, one must sniff glue failure to which, one is beaten up or not accepted.

“Every evening when I see Rotarians coming to feed us I am hopeful that I can also be like them – I want to become a policewoman and help girls like me,” Jacqueline says. “But for now, I can only be grateful to the Rotarians that I can stay alive as I am assured of at least one meal a day.” 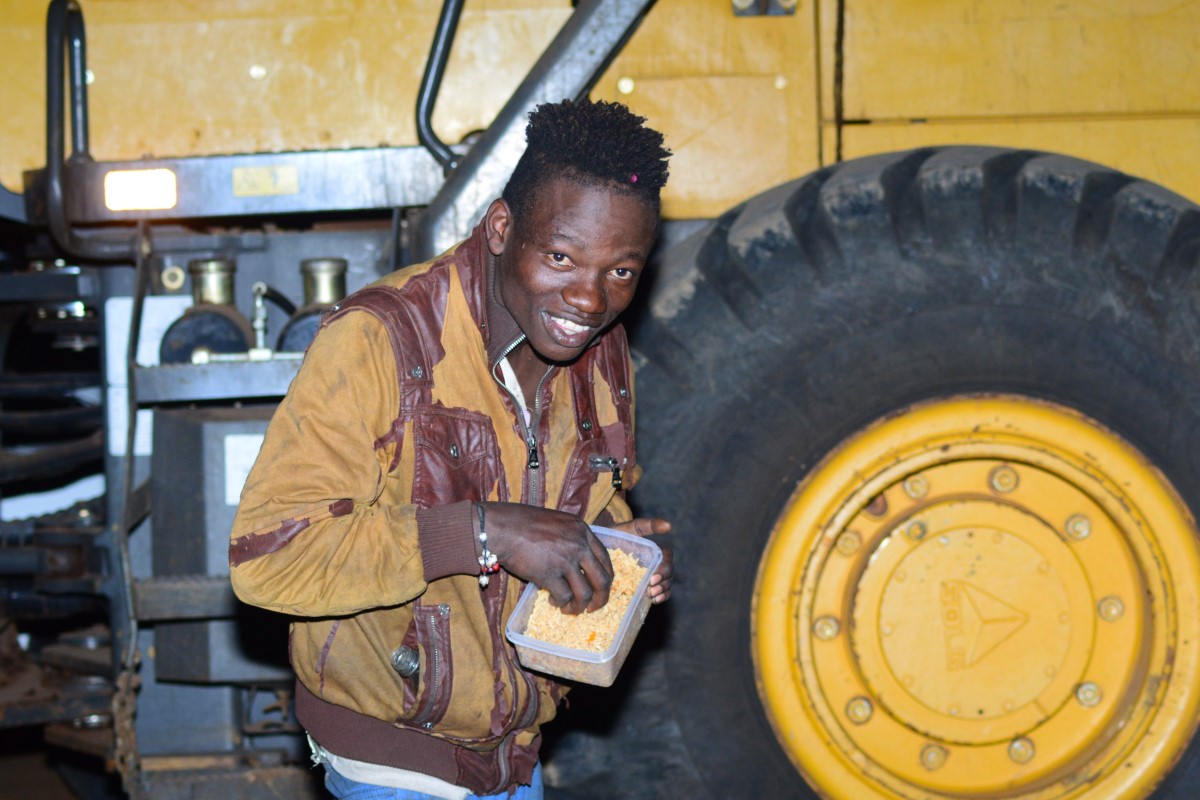 Pius Muriungi is also part of the Meru street family. He is 20 years old. His street friends have nicknamed him Kadenge ( a football legend in Kenya), some call him Mc Tricky ( a famous comedian in Kenya) while others call him msanii which is a Swahili word meaning artist due to his passion for music mainly rapping.

His original home is in Miathene. He joined the street family in 2012 after his mother passed away. He was left with his father who lived in abject poverty. They only had a small wooden house and a small piece of land. Pius' father demolished the house and sold the wood as firewood and left in search of greener pastures.

He left Pius with his uncle who was abusive. Therefore Pius escaped to the streets in search of a better life. Pius is skilled in carpentry and shoe repairing. He dreams of one day starting his own workshop where he will make all sorts of beautiful furniture. He says he loves carpentry as he enjoys creating new things although he doesn't have enough cash to start off.

Pius can also rap and is a huge fan of music. He also wishes to stop sniffing glue as he is already addicted. Pius says that he has made new friends from rotary and also he doesn't have to beg a lot from passersby because he can get at least one meal a day from rotary club of Meru. 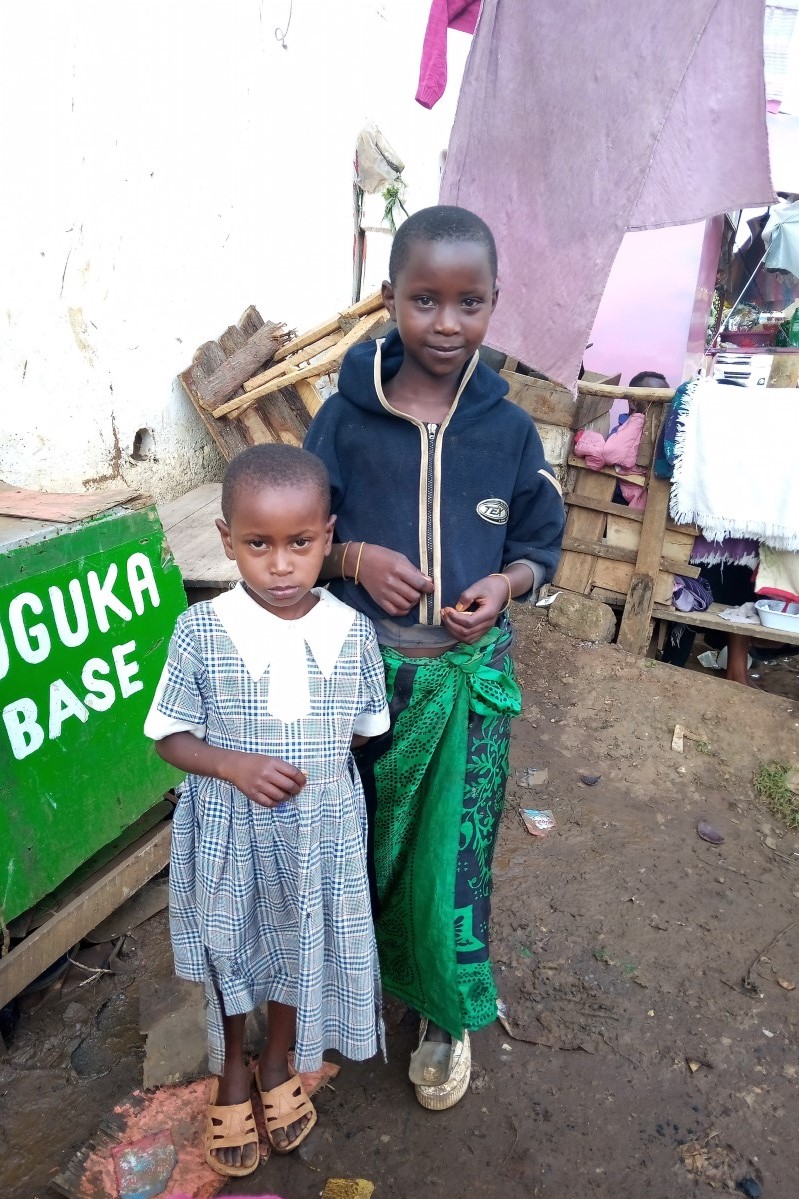 Halima and Zawadia are sisters. They live in Mjini slums together with their parents. Halima is 7 years old while Zawadia is 5 years old. They have three more siblings with the oldest being 10 years and the youngest being 2-years old.

Halima's mum is mentally ill and requires a certain medication to keep her sane for a while. If she lacks it, she becomes uncontrollable. Halima's dad works in a car wash. He cleans cars for a small fee in order to be able to feed his family. Due to the coronavirus pandemic and cessation of movement, few cars are travelling and business is not as good as before.

They barely have enough to feed on so Halima and Zawadia go to the streets to try their luck. The little they get they take it to their family. The girls live in abject poverty. They don't have even a bed to lie on so after a long day in the streets, they spread their clothes on the floor in their single roomed house and lie their tired bodies. Their house has no electricity or running water. Legally they do not own the house and their parents are required to pay rent which they have not done so for the last six months. But despite all odd the two are jolly kids with big dreams of making it to the future. Halima and her sister Zawadia are really grateful for the meal that is provided daily by the rotary club of Meru.

“I pray that God too will bless me like the Rotarians so that I can help other kids,” says Halima 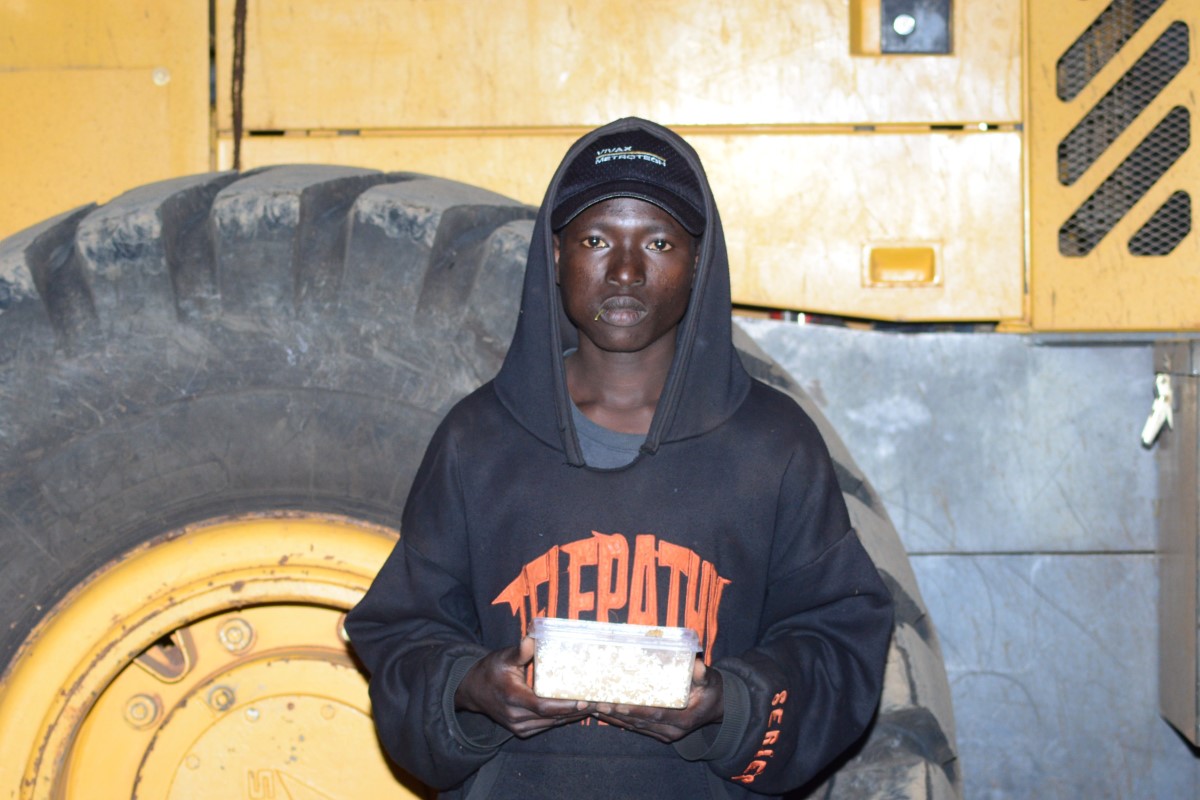 Moses is also a member of the street family. He is popularly referred to as the OG or DJ by his street friends. OG means original gangster in layman's language someone who is a master in something and in Moses case he is a master in music.

Moses joined the street family when he was a kid and barely has any memories of his parents. His is a story of survival. All the things he has learned on the streets are mainly as a result of trial and error as he had no one to guide him through life. Moses says that he is a recovered drug addict. Sometimes back he would even sniff petroleum in order to get high as glue according to him didn't give the feeling that he wanted.

The street kids who are his friends have become part of his family and he knows no other family apart from them. They usually hang out together during the day and sometimes if they are lucky, they get some manual jobs and are paid a small fee.

OG says that besides the one meal provided by the rotary club of Meru, he has also learned a lot from them and made new friends and if God blesses him too, he will help others out.

Children are one third of our population and our future. They are the living messages we send to a time that we will not see. Mother Teresa said that the child is the beauty of God present in the world that's the greatest gift to a family. So let us reach out to the children. Let us do whatever we can to support their fight to rise above their pain and suffering. 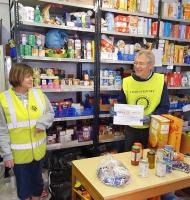