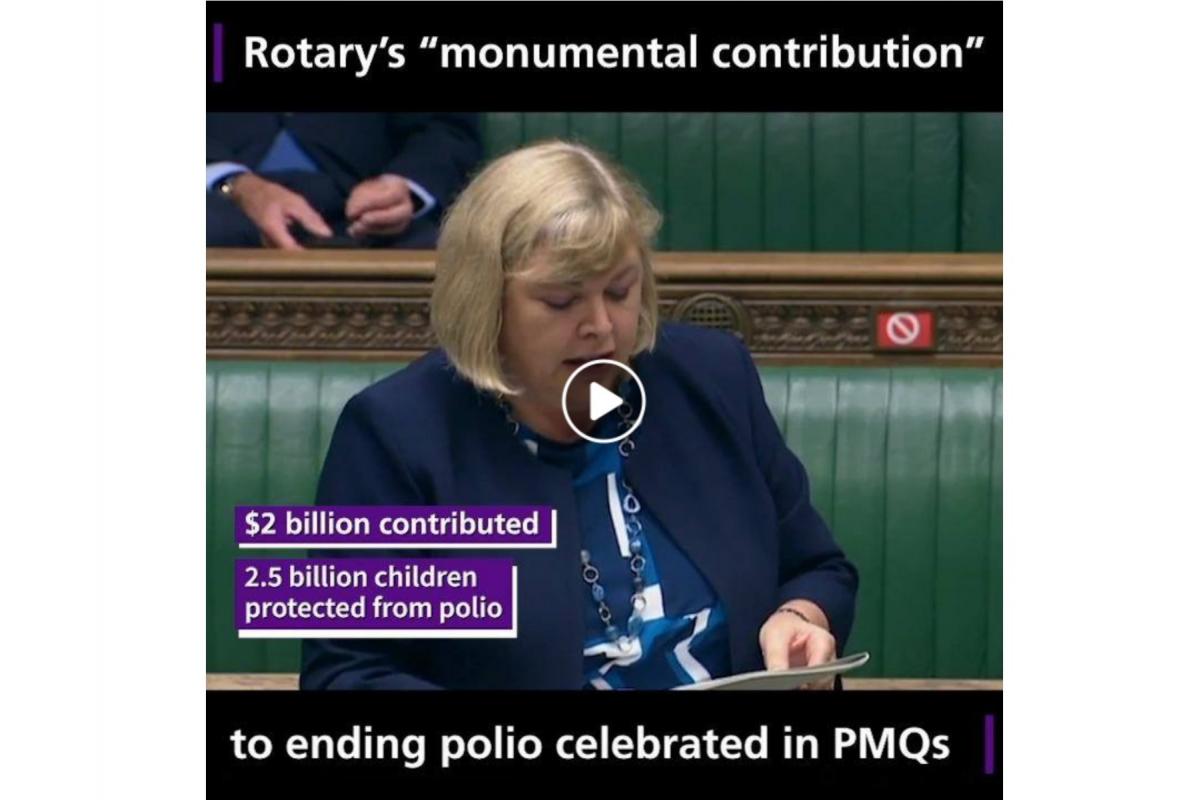 Rotary's "monumental contribution" to global efforts to eradicate polio was celebrated in the House of Commons this week at Prime Minister's Questions.

Rotary members, volunteers and supporters around the world have raised over $2 billion in the global fight to eradicate the disease, which has helped to immunise and protect over 2.5 billion children around the world.

The address was raised by Loughborough MP Jane Hunt, who recognised the contribution of her local club, Loughborough Beacon Rotary, and clubs around the world.