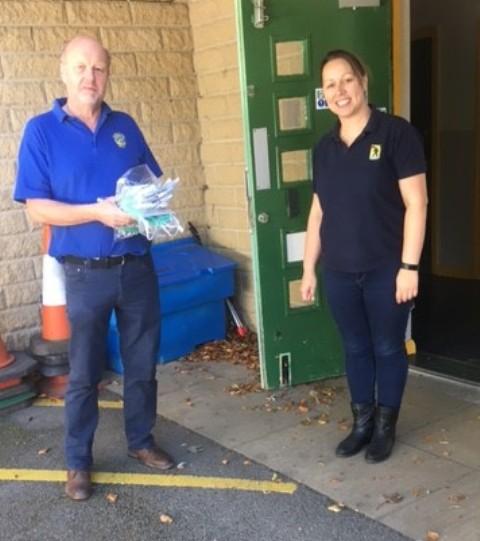 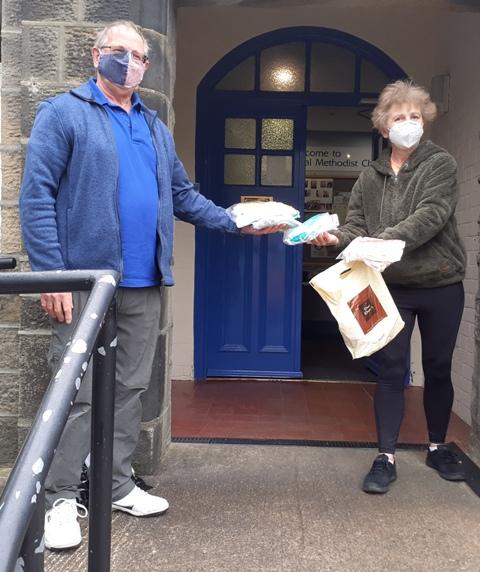 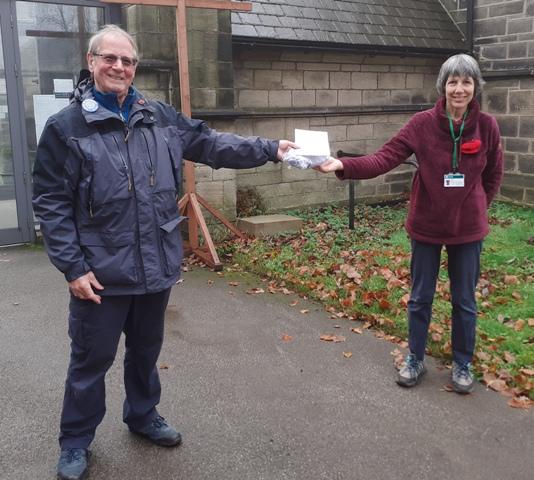 Aireborough Voluntary Services for the Elderly was Aireborough Rotary's first destination as part of a project begun within the Yorkshire and North Lincs Rotary District of 100 Clubs. Club Secretary Graham Davies handed over the first 50 masks to Debbie Fawthrop Project Co-ordinating Manager of AVSED for the use of her members in the local community which the charity supports. Brian Whitham later handed over 89 masks to Horsforth Live at Home before taking on the treadmill challenge. More followed for OPAL, the staff of Aireborough Children's Centre and the Horsforth Foodbank Hub. The latest request has recently come from the Autism Society. The driving forces behind the project are Janet Kerr, Bagshur Mani, Di Oldam, Jackie Gowing and other members of the sewing group.

Each mask is supplied with a flyer explaining how it should be used and washed together with a short explanation of the Aireborough Club's project driven activity within its community. It is hoped other groups will take up the offer of free mask for their members.