The Bailiwick is blooming #Purple4PolioGSY 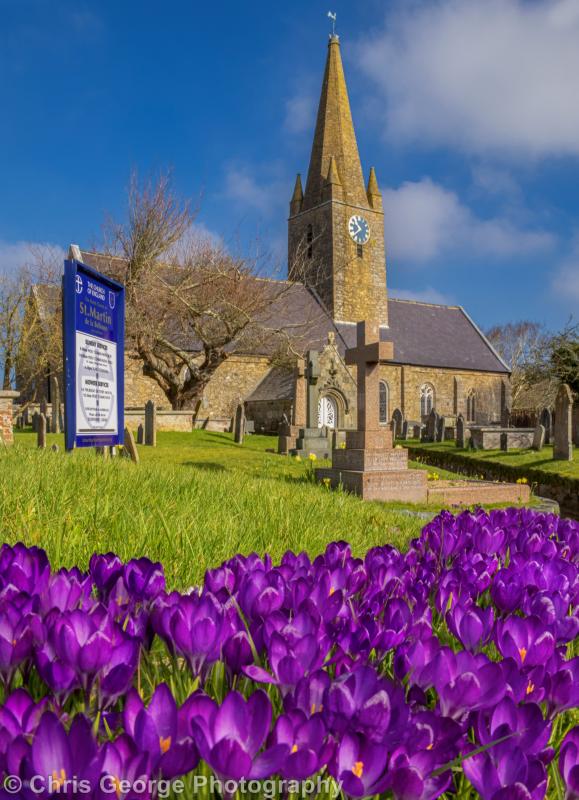 The parishes and islands are a vision of purple as crocuses are now brightening up our day and reminding us of Rotary’s End Polio Now campaign and the ongoing work to wipe the polio virus off the face of the earth.

With over half a million crocus planted in recent years and a further 68,000 last Autumn Rotary also wanted to recognise the efforts so many have made and continue to make in the Covid-19 response.  Those of you who have to go to the  Hospital for your Covid test can smile when you see the purple crocus on the grass verge on the corner opposite the testing tent.

Team work is critical to ending polio just like it is in the fight against Covid.  Rotary is really grateful to have the support of Appleby (Guernsey) LLP who sponsor the purchase of the corms as well as a team of helpers through Floral Guernsey, Bernie’s Gardening Services and States Works’ Parks and Gardens department who together made many hands light planting.

The whole world now truly understands just how quickly a virus can spread. Polio is a highly infectious disease which can cause paralysis and even death, mainly in children under the age of 5.

Some may remember outbreaks in the 20th century, with closures of swimming pools and other public places in the UK and the US amongst many other countries to experience this. There were appeals for manufacturers to make breathing apparatus called iron lungs. And once an effective vaccine had been developed, long lines of people waiting to receive theirs. Sound familiar?

Dave Mullins from Rotary Guernesiais said: “We are very grateful to everyone, including Dr Nicola Brink who braved the wet and cold weather to plant the crocuses. Their purpose was three-fold: sharing the story of Rotary’s promise to wipe out polio; brightening the Bailiwick and saying thank you to everyone across the Bailiwick and particularly at the testing centre at the Hospital.

Please share your photos of the crocus you see whilst out exercising so those staying at home can enjoy them too. Please post them on social media with hashtag #Purple4PolioGSY.”

Rotary’s Purple4Polio activities, raising money for Rotary End Polio Now, are so-called because purple is the colour of the dye placed on the little finger on the left hand of a child to show that they have been immunised against polio.

Dave Parish from Rotary Guernsey says “We wanted to let everyone know that we decided we had to postpone our annual Purple Pinkie Day which is usually held around Spring half term to coincide with the purple swathe of colour from the crocus.  It will now be on Friday 22nd October, just two days before World Polio Day.  So please put 22nd October in your diaries and hold a purple dress down day, bake purple cakes, dye your hair purple or just have purple fun.”

Rotary has helped mobilise over 20 million volunteers and immunised almost 3 billion children against polio since 1985, and there are nearly 19 million people walking today who would otherwise have been paralysed and an estimated 650,000 cases are prevented every year.

Every year Rotary and our partners continue to immunise over 450 million children in around 50 countries with 1.2 billion doses of vaccine given in 2019. In 2020 there were only wild polio cases in Afghanistan and Pakistan but the work and immunisation in all those countries most at risk must continue.  Without vaccines, within 10 years there could be 200,000 new cases every year all over the world, including previously polio free areas such as Great Britain and Ireland and our beloved Bailiwick.

It is Rotary’s dream for a polio free world so that children everywhere can look ahead to lives full of possibilities instead of one filled with the pain caused by deformed limbs, paralysis and other polio effects throughout their life.

The Polio Legacy goes far beyond just polio with the latest example being the invaluable contribution the personnel, expertise and infrastructure are all bringing to the COVID-19 response and the vaccine rollout in many parts of the world.

None of this can be achieved without everyone working together and without full funding and political commitment. There needs to be three years of no new cases anywhere in the world and no trace of the virus in any environmental samples before the world could be declared polio-free.