Crossing the Pacific from Los Angeles to Sydney 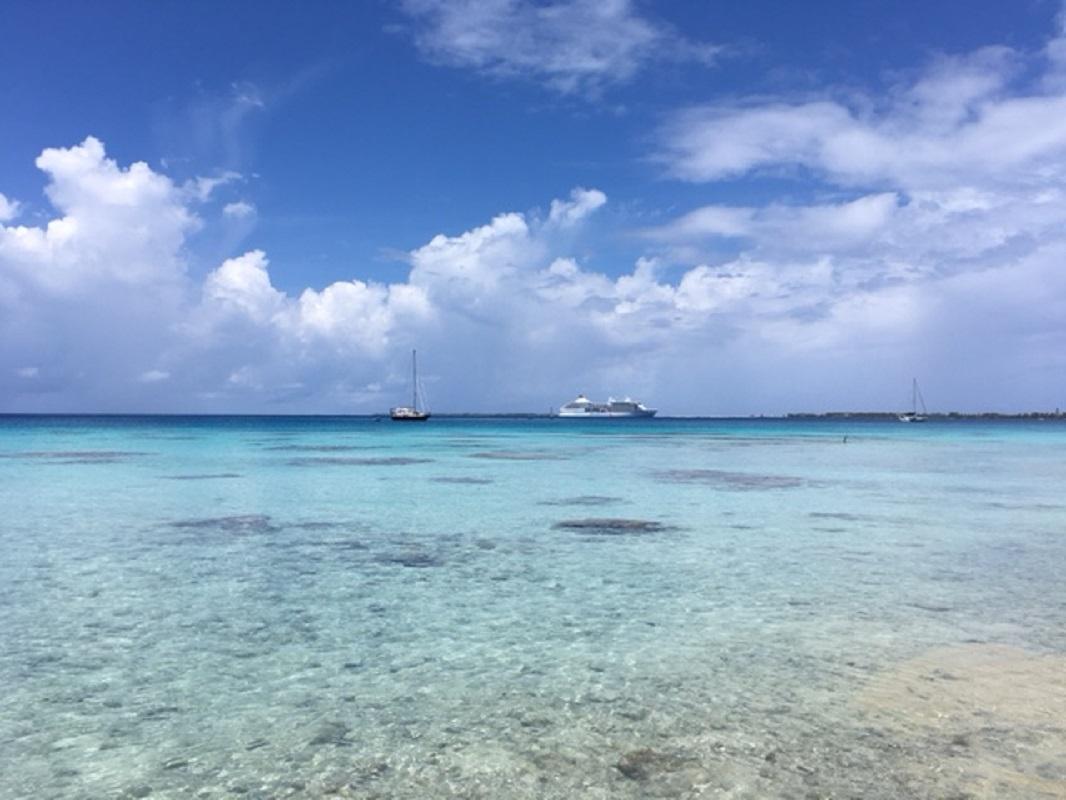 President Mike Dow opened the meeting with a heartfelt thanks to all those members who had volunteered and taken part the previous day in a beach clean operation on the West Sands, St Andrews.

From one sea to another – member John Fernie gave a presentation on a trip made by himself and his wife two years ago across the Pacific Ocean.

Having long had an interest in Thor Heyerdahl’s famous trip across the same stretch of ocean in his craft, the Kon Tiki, John was keen to see and visit many of the Pacific islands where Heyerdahl and others such as Captain James Cook had landed.

Naturally, John didn’t fancy the journey on a raft-style boat constructed mainly of bamboo, so he and his wife joined a 500-passenger cruise ship at Los Angeles. After six days cruising, they first landed on the Hawaiian Islands, which had originally been name the Sandwich Islands when discovered by Captain Cook. Their itinerary around the various islands in the group took in whale spotting and looking into extinct volcano craters. John was surprised to find that Hawaii, the biggest of the islands, also has the smallest population.

From there, next stop was Polynesia and the island of Kirbati – better known as Christmas Island where in the 1950s the UK infamously carried out nuclear bomb testing. In fact, the French continued to do so until 1996 and there is still radiation present meaning that there are Polynesian islands which remain uninhabited as a result.

In a packed programme, visits were made to more extinct volcanoes, pearl farms and swimming with stingrays and sharks. But, as John remarked, “Not of the Jaws variety!”

John’s fascinating slide presentation included a shot of a memorial on American Samoa. This commemorates a tsunami which struck in 2009, destroying all the churches with the exception of the Presbyterian Church, which is now the main focus for the extremely religious islanders.

The cruise ship moved on to Samoa itself, where Robert Louis Stevenson spent the remaining four years of his life and where he is still revered.

Next was Fiji, which Captain Cook originally named New Caledonia because – despite his Yorkshire roots - the landscape reminded him so much of Scotland. However, John was fairly firm in his view that the weather in Fiji bears no resemblance to that of Scotland.

The cruise was completed by stops in Brisbane and Sydney then flights home to the weather delights of Scotland.

In his vote of thanks Forbes Lockhart admitted to great enlightenment on many places he had heard of but never seen.