Each year the Rotary Club of Crowthorne and Sandhurst donates to many community, national and international charities.

Rotary Foundation's campaign for the eradication of polio is well published and is supported the Rotary Club of Crowthorne and Supports this but each year the Club President nominates a charity or charities and who receive a major portion of the money raised. These are generally charities whose focus is on community activities. The Club also supports many other varied charitable causes both local, national & international. We also reduce emphasis or change our charitable causes on an annual basis, and this is done democratically within the club.

2019 / 21, our last complete year of activity due to the pandemic, those benefitted from our donations included.

The President’s Charities were:

·         Salvation Army & Pilgrim Hearts, both supporting the vulnerable and homeless in our communities. 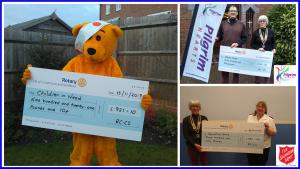 more The Rotary Club of Crowthorne and Sandhurst works with local branches of National Charities to support local needs. 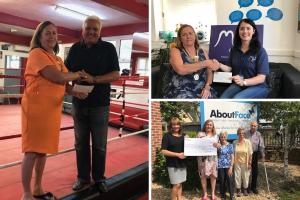 more Donations presented to me2, About Face and Boxing Club 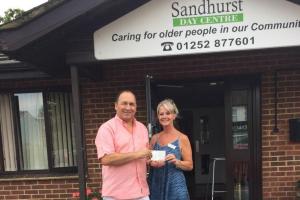