The History of Quilting - Carol Morris 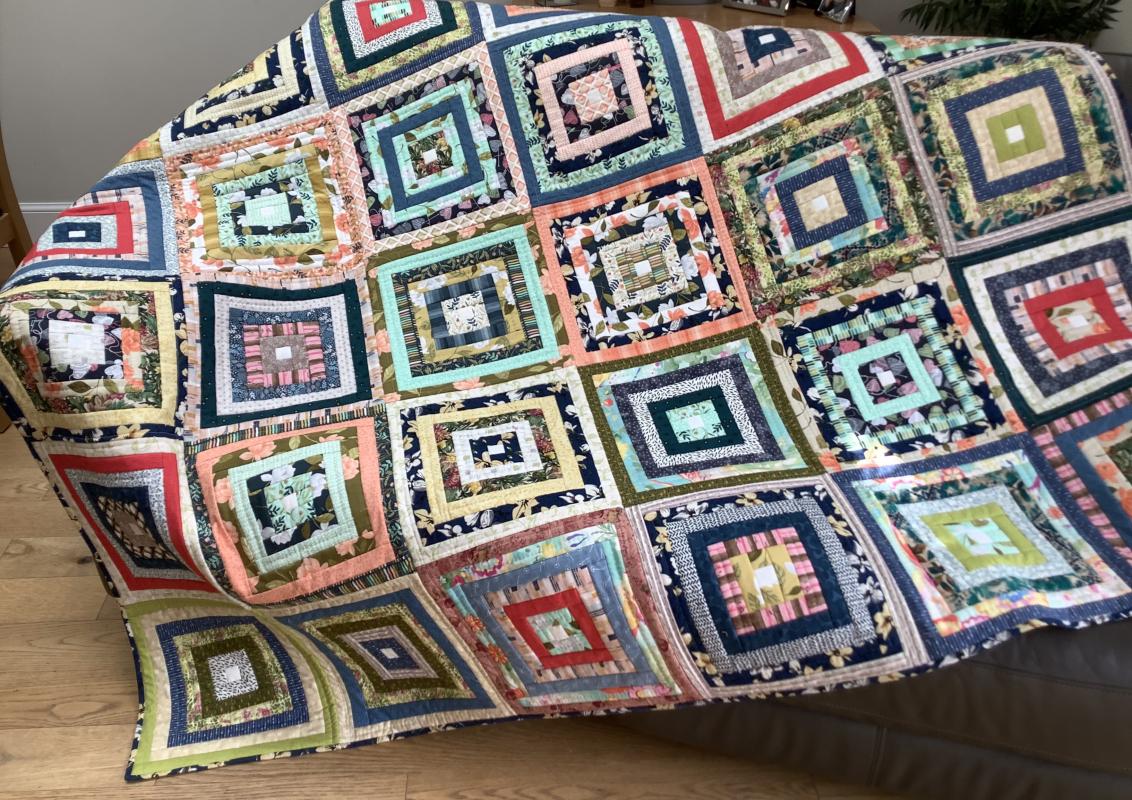 A Short History of Quilting was the subject of a talk by Carol Morris to fellow members of Kilrymont St Andrews Rotary Club.

Carol explained that quilting and patchwork could be found in a large range of objects from bedding, wall hangings and artwork.

Some of these might be celebratory or commemorative pieces or just examples to show the skills of needlework groups. Carol said quilting involved stitching layers of material together with a fabric between. Patchwork was a different technique was small pieces of material joined together to form a larger piece which could be functional or artistic. Carol said quilting dated back to Egyptian times. Some of the first examples found in the UK were from the 12th century with padded quilting used under armour. Later bed quilts were made and by the 17th century quilted fabric was found in clothing such as doublets which gave wearers comfort and warmth. By the mid-1800s dyed materials were being used for patchwork and in the 1960s patchwork jeans were popular in hippy culture. Carol also told about the history of quilting and blanket making in the United States involving the frontier people, the civil war soldiers and anti-slavery designs for abolitionists. Quilting was also part of community effort in the US where quilt designs were formed on large frames where a number of people could work together on the same piece. Quilters were also recyclers using material from cigar wrapping or farming sacks. Carol showed slides of various examples of patterns including crazy style, nine-patch block, eight-pointed star and drunkard’s path. Quilting has moved with the times with much fabric and patterns produced by machines and it has been estimated that the industry is worth $3.7 billion in the US alone. Carol said much help and advice can be found on social media and during the COVID-19 lockdowns YouTube has been a great source of learning about techniques and skills and fellow quilters are a very helpful community.

John Spittal thanked Carol for a fascinating talk.otograph of one of her quilts.  Carol is going to tell the club about The History of Quilting.