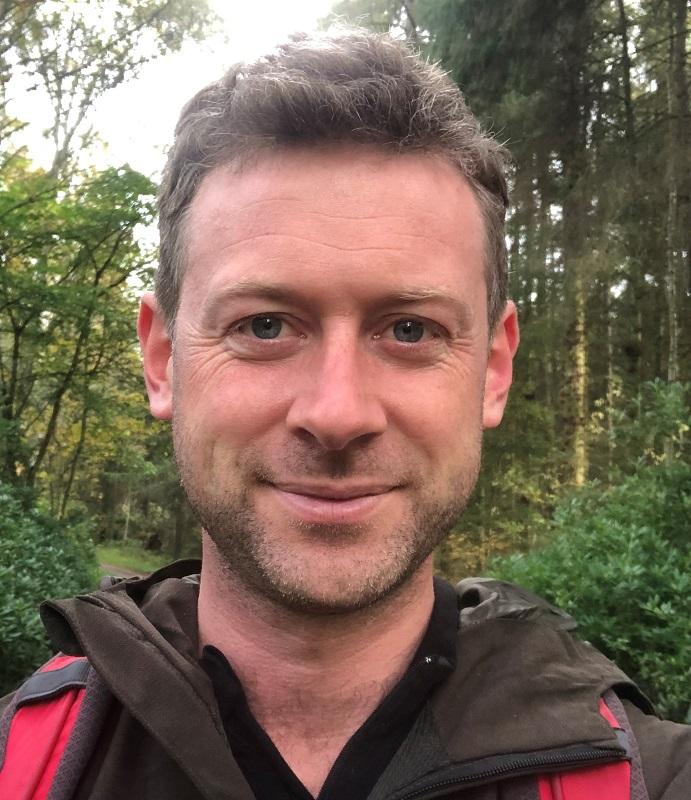 Harry Watkins, Landscape Architect at SThe opening address of Harry Watkins to the assembled audience of the Club was that in the last year the Botanic Gardens of St Andrews had reduced its carbon footprint by 95%.

Certainly an achievement worth bragging about by the Executive Director of the Gardens.

Harry, a graduate of St Andrews University and who also holds the post of lecturer at University College London, returned to the City last year to take the lead role at the Botanic Gardens.

He outlined many of his challenges, aims and projects to upgrade the Gardens and introduce long-term sustainability to on organisation which relies solely on donations.

Plants, he said, either compete or trade off each other for survival and factors which can limit growth almost always involve stress and disturbance.

Much of the recent and ongoing work at the Botanics is to create an infrastructure to meet the needs of a changing community. The large boiler house has been discontinued and will be turned into a meeting and classroom space.

In fact, the decision to switch off the boiler entirely has been the major reason for the carbon emission reduction.

The huge glasshouse which was in dire need of TLC will also be refurbished as a welcoming area for visiting groups.

Harry showed a number of slides which gave an indication of what he called “meaningful changes” to the Gardens, with the potential to adapt existing resources rather than having to build from scratch.

Botanic gardens worldwide are struggling, particularly in the current climactic conditions, both weather-wise and financially.

It is, he said, some matter of pride that a town the size of St Andrews has a Botanic facility which is the envy of many.

Harry was honest in his opinion that although many have embraced his forward-thinking plans, there are an equal number who have concerns about the changes. That said, his projects intend to improve every aspect of the Gardens and to involve the entire community.

Eric Fraser’s vote of thanks suggested Harry was not “letting the grass grow underneath his feet” and the Club wished him well with what was clearly a big task.