Spirituality and Wellbeing in the NHS - Amitashuri Yule 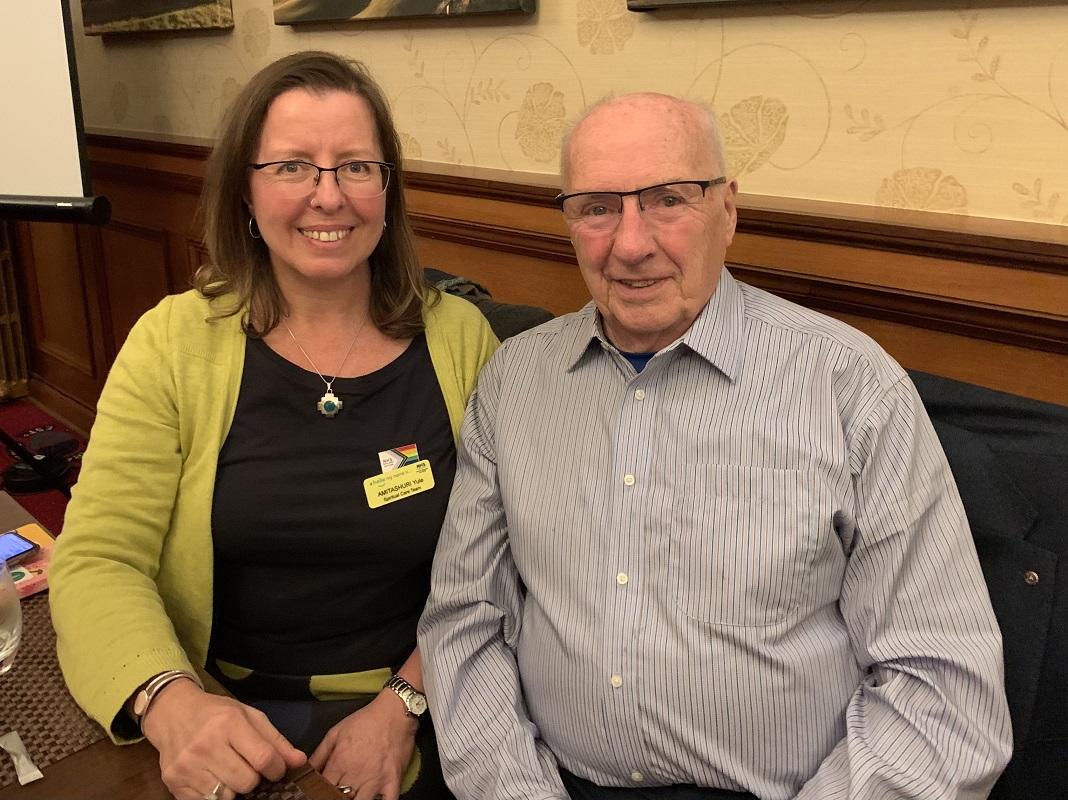 Introduced by her father, Club member James Yule, Amitashuri Yule had travelled from her home in Glasgow to illuminate the gathering about her work as an NHS Chaplain.

Based at Glasgow’s Gartnavel Hospital, Amitashuri’s main task and that of her colleagues is to offer “Spirituality and Wellbeing” to patients.

She told her audience that she concentrates on the spirituality of caring for people. All this prompted by what she termed “My own journey through medical issues”.

Amitashuri was referring to her severe illness some 8 years ago which led to a kidney transplant in Manchester Royal Infirmary. Her recovery was aided immeasurably by the work of Spiritual and Wellbeing chaplains and it led to her embracing Buddhism.

As a result, she decided to follow that path and graduated as a chaplain.

She explained the Buddhism word “metta” – meaning to practise kindness and compassion - is coupled with “darma”, which in her religion refers to the path through life being dedicated to helping and supporting people. In her hospital work on a daily basis she meets both joy and suffering and relies on such Buddhist teachings to do the best she can.

An explanation of her own adopted Buddhist name is that “Amit” means limitless, while “ashuri” means generous and kind-hearted. All of which she regards as both comforting and necessary for the patients she treats who have a wide variety of physical, emotional and mental conditions.

As part of her training, Amitashuri spent 18 months in a “Healthcare Chaplaincy” in India before returning to be employed in the NHS.

She then played a video which showed how she was introduced to and became qualified in the NHS Chaplaincy. Her role is to give as much help as possible not only to patients, but also to their families.

It is rare for a father to have the honour of giving a vote of thanks to his child. However, James was clearly quite moved by the experience when he said he was proud to have a daughter who could address the Rotary Club so eloquently.