Mark Wakeman, whom many local people will know as the ‘face’ of Bakewell Pet Supplies, has been a resident of Bakewell for over 30 years. Originally from South Staffordshire, he came for a short visit and never left! Mark has been a leading light in the Bakewell British Legion Poppy Appeal for quite some time, and now hopes to find a successor for this worthwhile role. He is the Derbyshire Dales District Councillor for Bakewell, Ashford, Sheldon and Over Haddon, with a 2-year term yet to run.

Married couple, Marion and John Gerrard hail from Plymouth, but have lived in the Chesterfield area some years now. They are both heavily involved in the Staveley Royal British Legion; John is the Poppy Appeal Organiser and Marion, Secretary. They are also members of the Bakewell RBL. Both have strong connections with Staveley Armed Forces and Veterans and are members of the Derbyshire Constabulary Independent Advisory Group. John and Marion have long histories of volunteering in a variety of roles.

We are delighted that Mark, John, and Marion have become members of our club and look forward to tapping into their energy, enthusiasm, and expertise to help our club grow and succeed and continue to provide much needed service both at home and further afield. 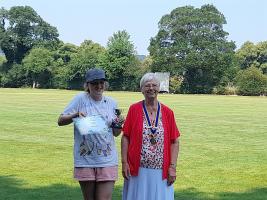 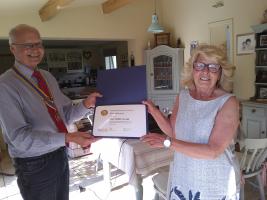