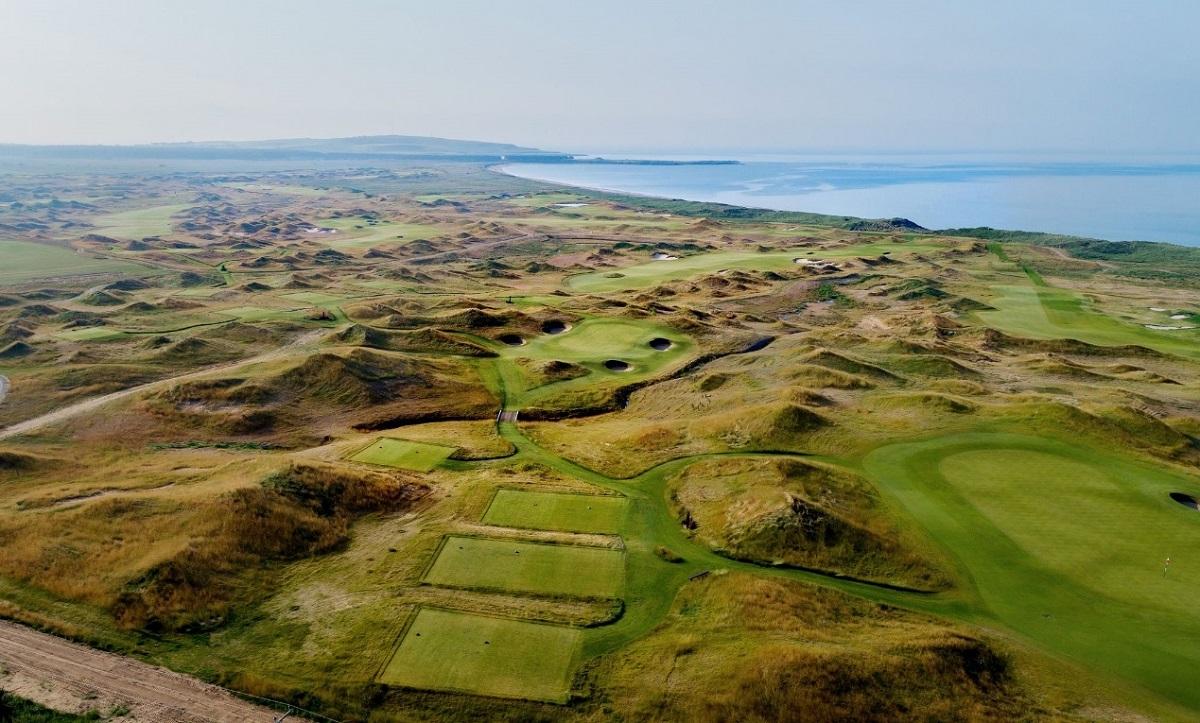 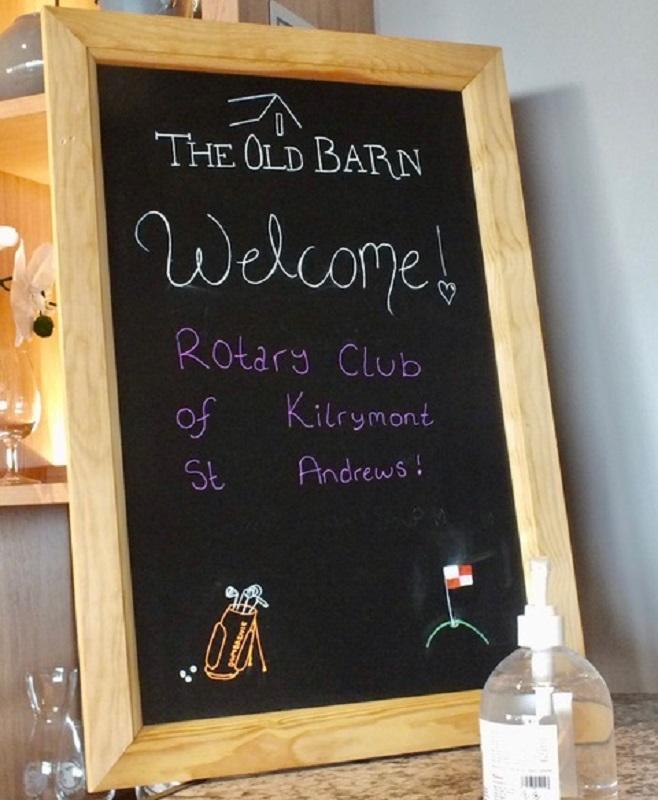 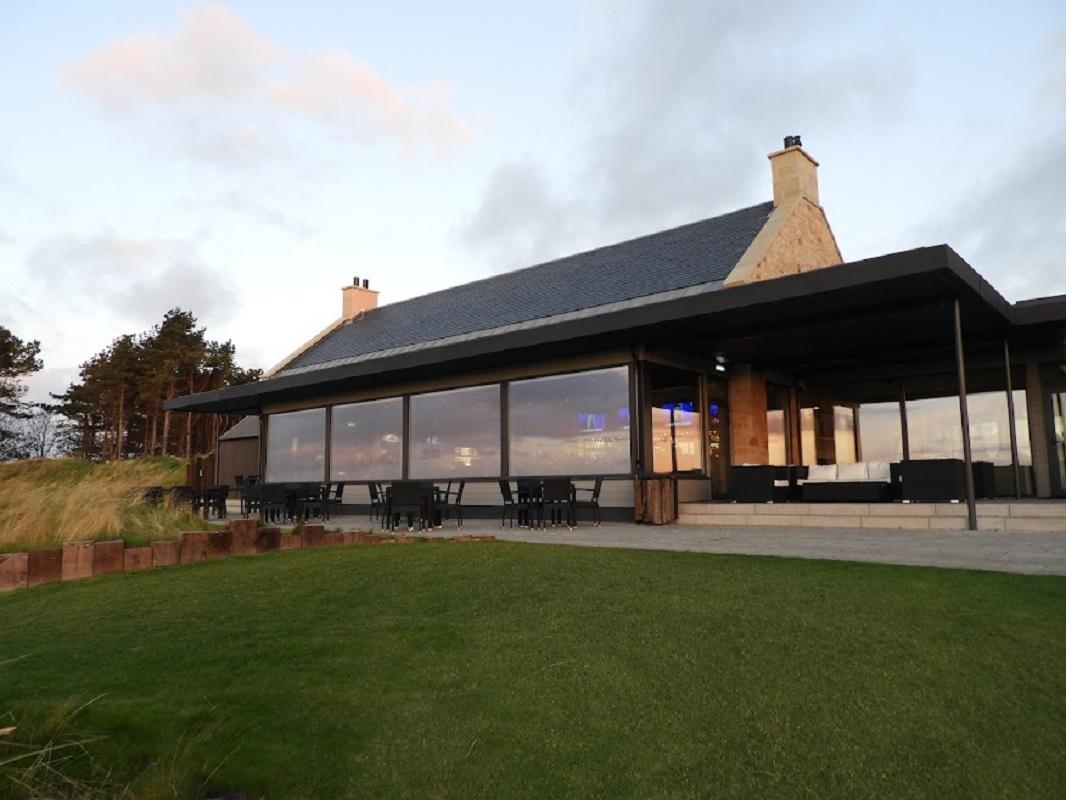 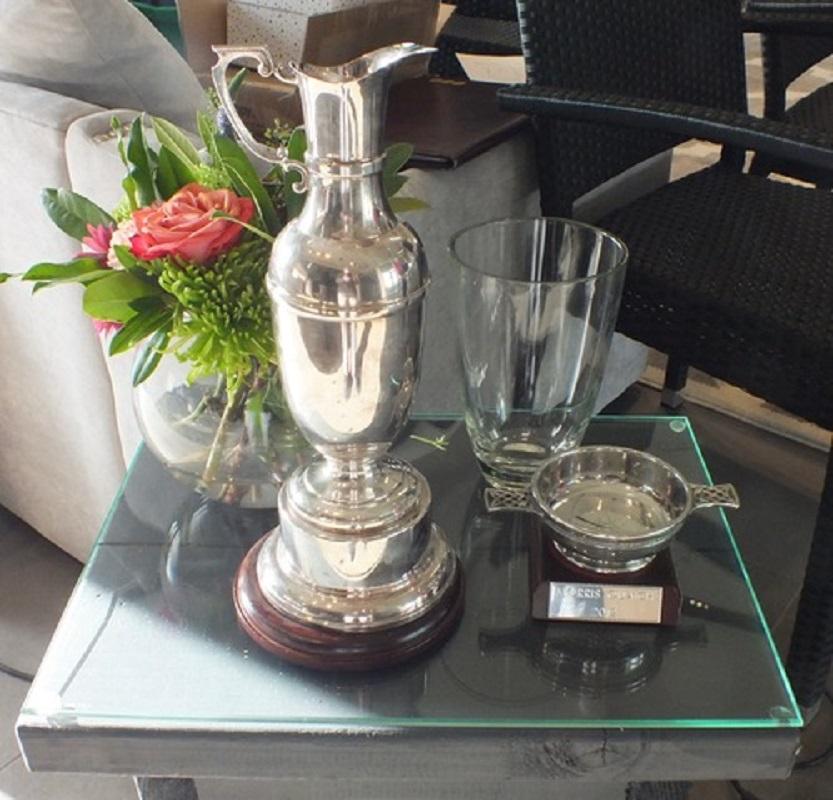 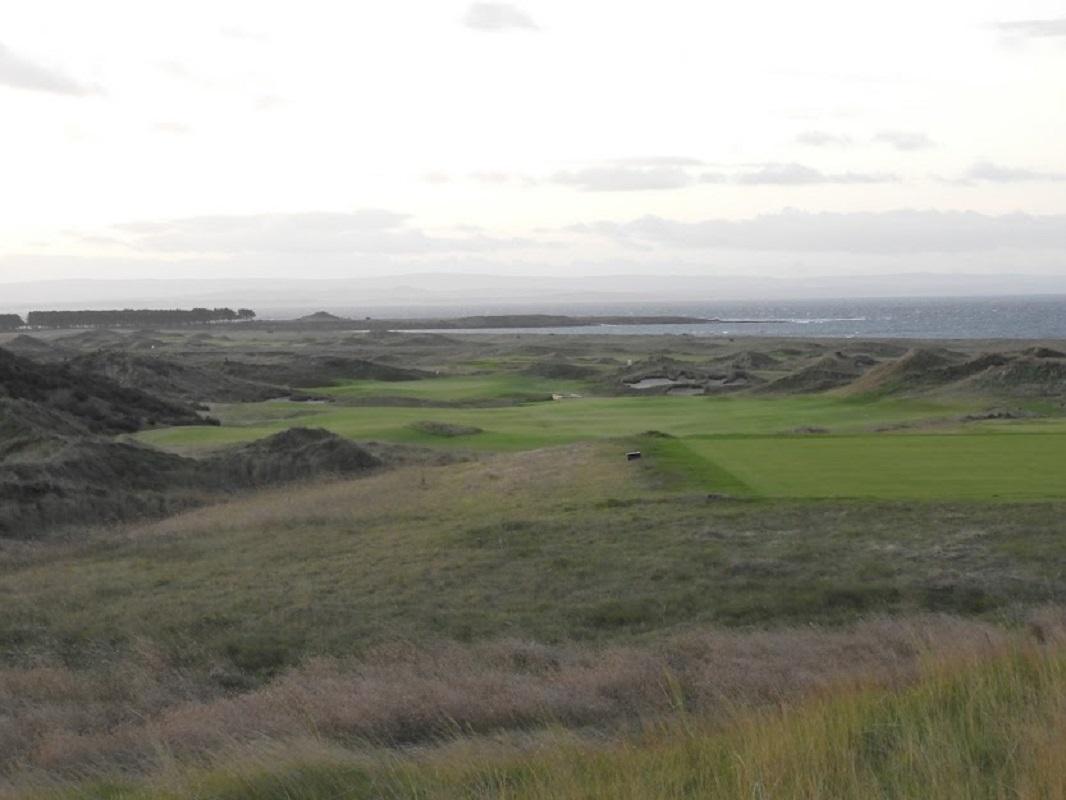 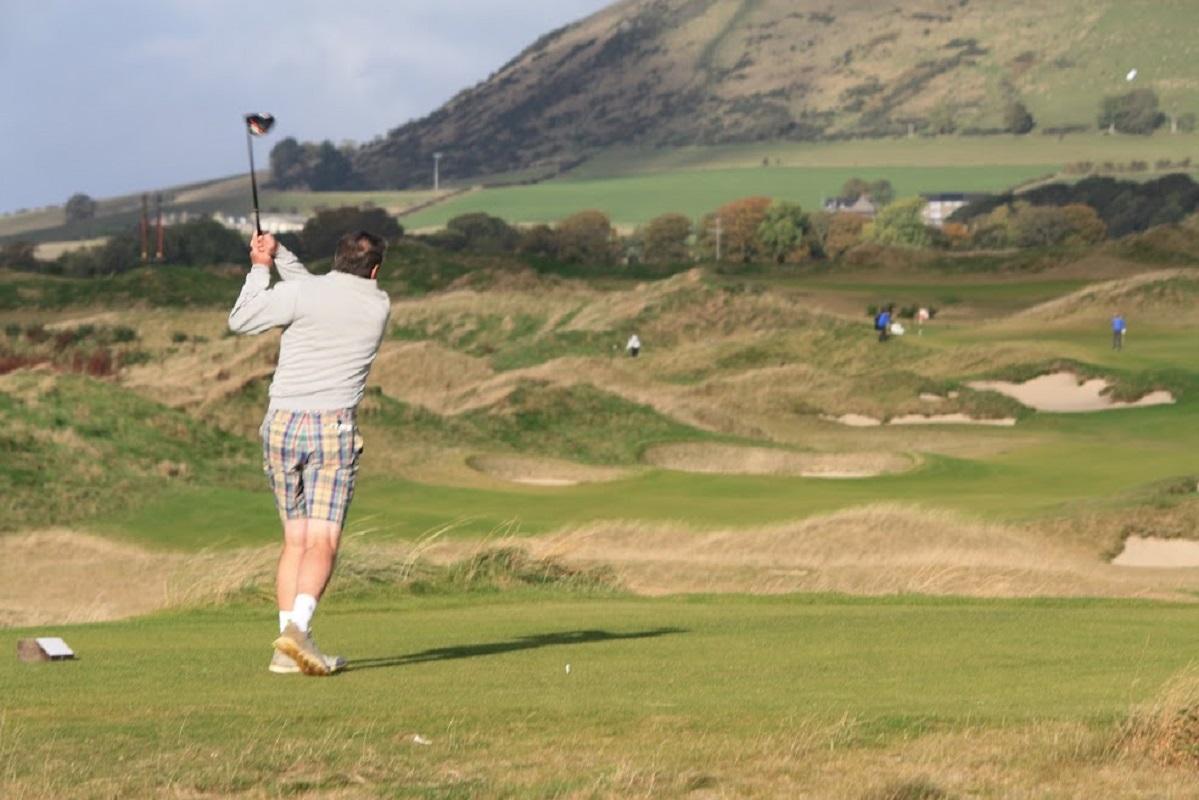 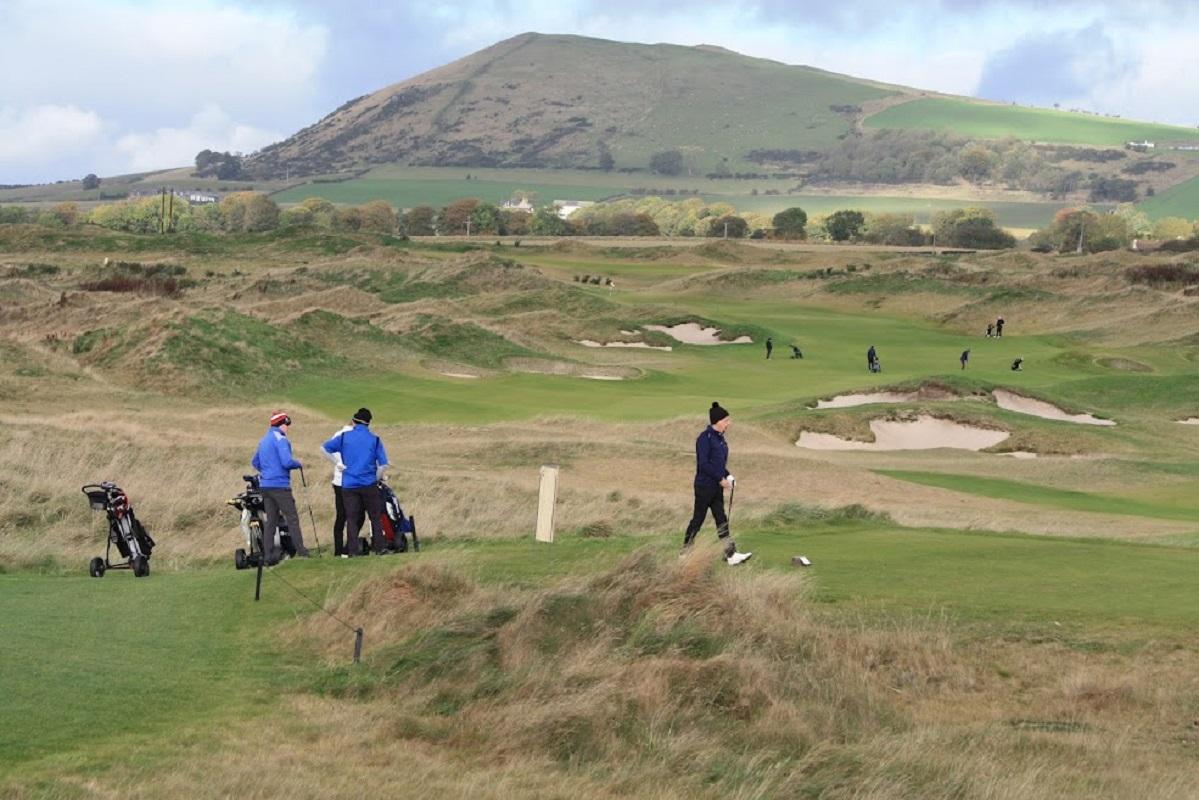 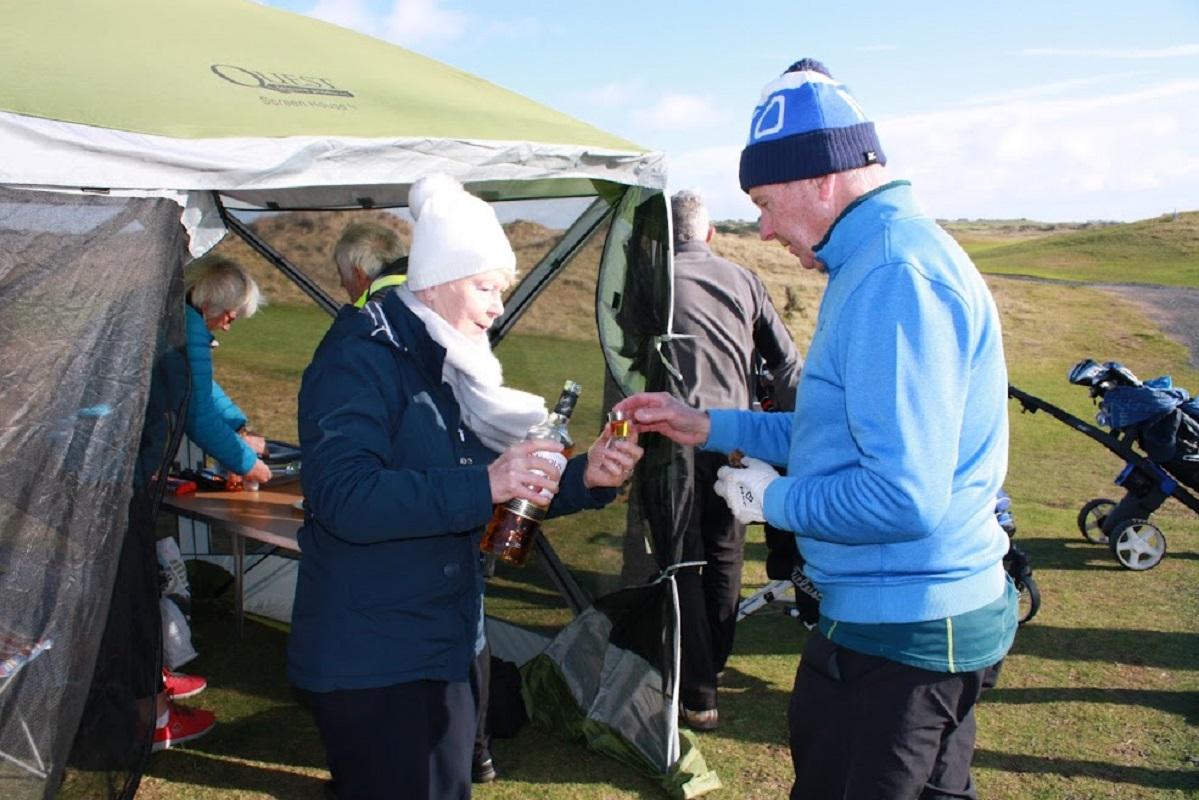 A dram and some clootie dumpling 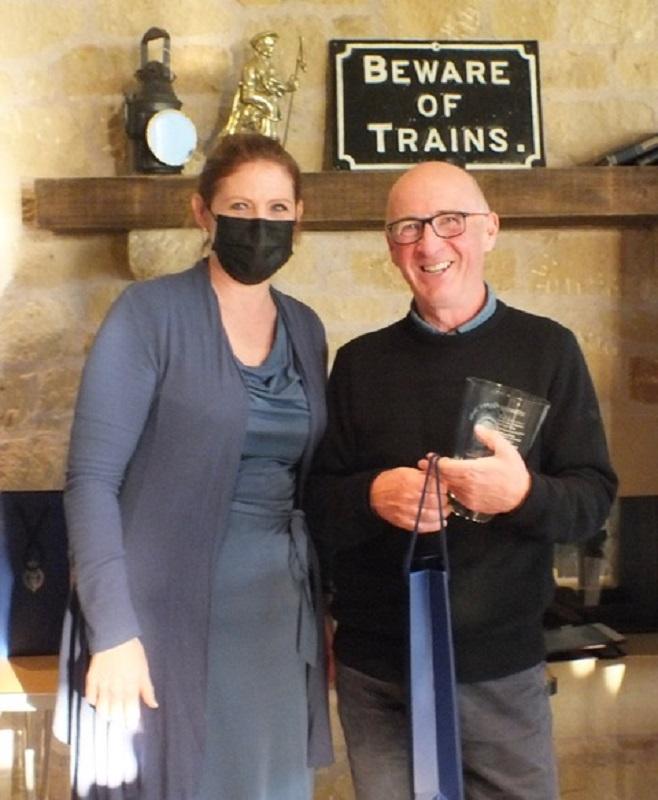 Winner of the Kilrymont Vase 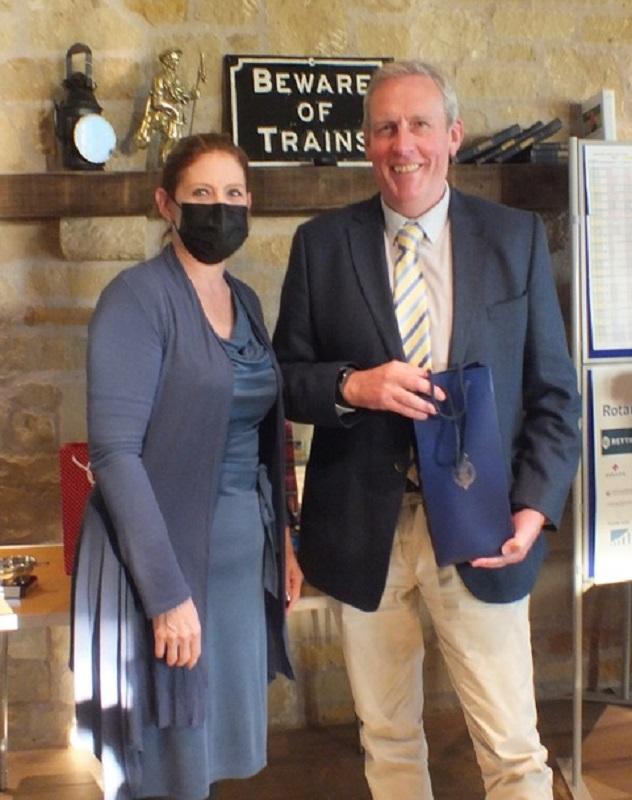 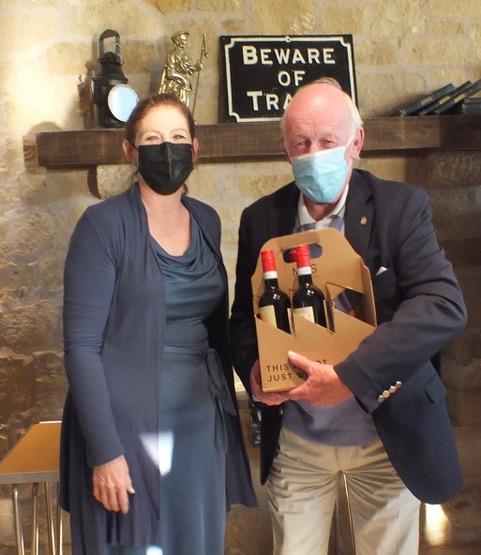 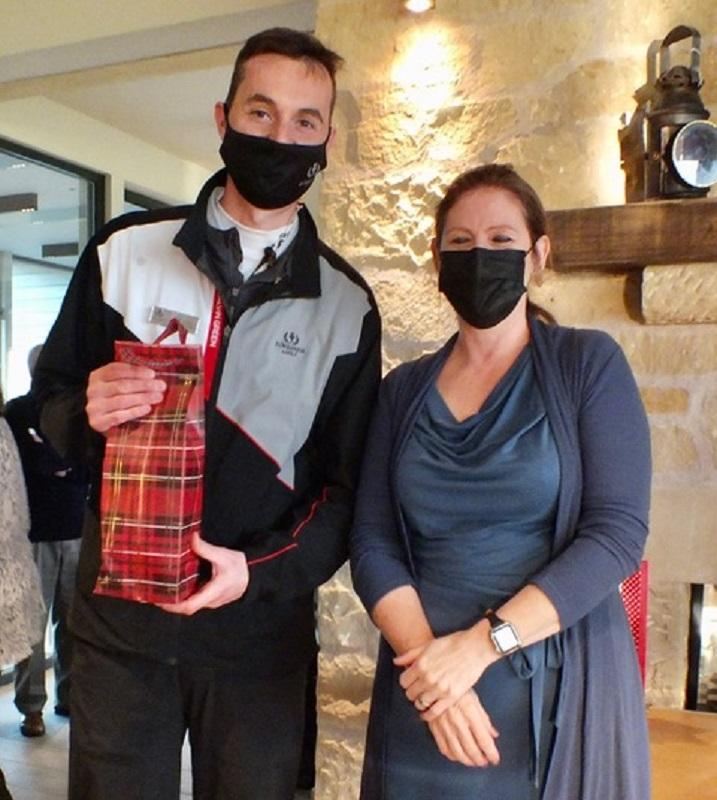 Thanks to the Pro 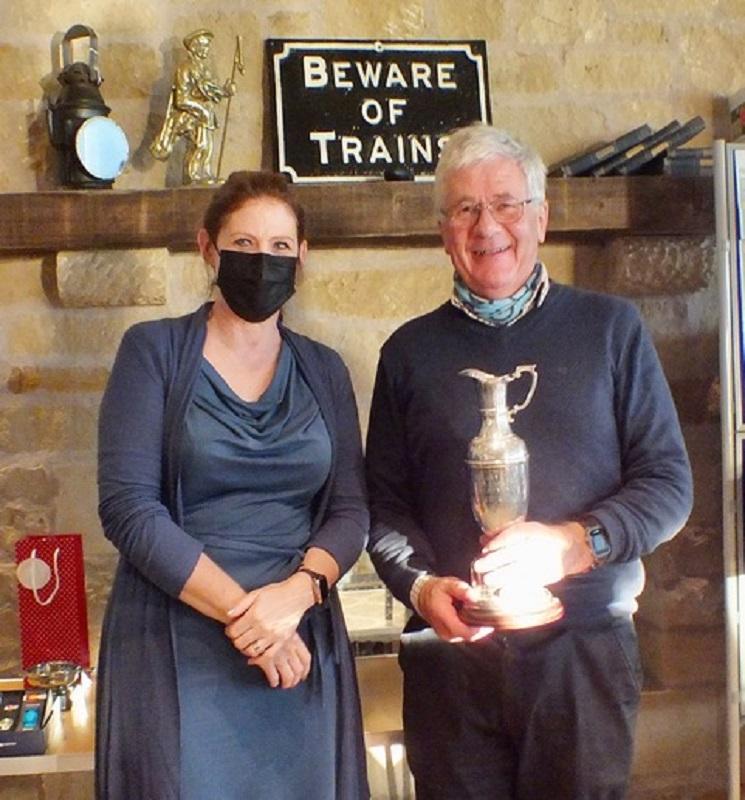 Awarded to Martin Forster (Ellon) on behalf of Scotland North 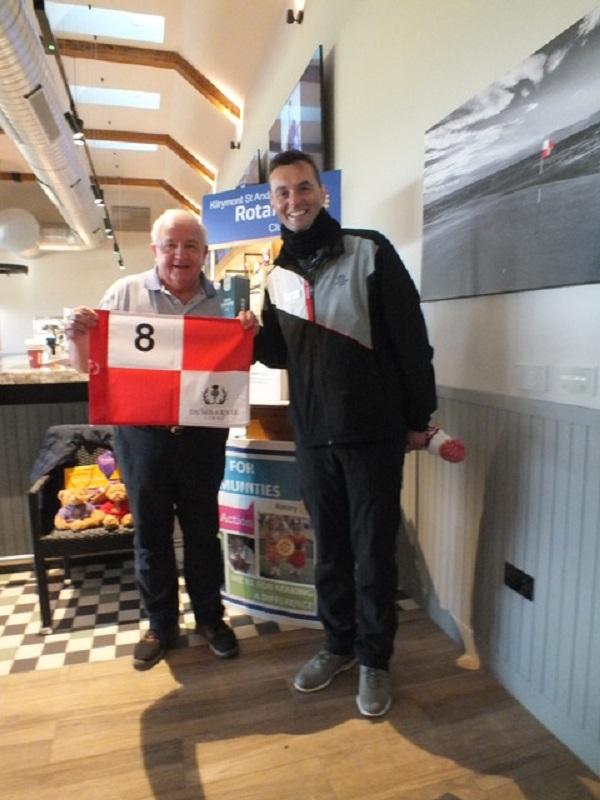 Another highly successful Charity Golf Day played over DUMBARNIE LINKS on Monday 25th October 2021. The pandemic led to the cancellation of last year’s event and so the Club was delighted at its resumption this year.

It was the nineteenth running of what has always proved to be a highly popular event but the first to be held over the highly acclaimed Dumbarnie Links. A field of 104 golfers teed off under clear blue skies albeit into a stiff 20mph south westerly wind blowing which led to challenging playing conditions!!  The weather remained fair throughout apart from a few sharp, heavy showers mid-afternoon but fortunately this did not dampened the spirits of the hardy competitors. A welcome dram at the Social Hole coupled with a slice of Clootie Dumpling generously baked and donated by Barbara Wilkie of The Strathkinness Tavern helped to overcome the conditions and provide an inner boost for the challenges of the back 9!!

18 Rotary Clubs from 5 Districts were represented with Rotarians travelling from as far afield as Shropshire, Kirkcudbright and East Sutherland. Kilrymont members were delighted to welcome for the first time golfers from Dalbeattie and Musselburgh.  Golfers competed individually for The Kilrymont Vase and The Morris Quaich and in regions for The Chesterhills Claret Jug.

The Kilrymont Vase was won by Willie Skene (7) from Glasgow returning 38 stableford points thanks to a better inward half from runner- up Albert Jaster (19) from Dalkeith.  The Leading Lady and winner of The Morris Quaich was Angela Grant (19) from East Sutherland with 28 points.

Kilrymont Members were pleased to welcome District Governor Heather Stuart to present the above trophies and prizes along with further prizes to:

Marc Grant (6) from Lanark for the longest drive at the 12th by hitting the green at this 332yard hole!!

A further highlight of the day was provided by Ronnie Smith from Glasgow who holed his tee shot at the 122 yard 8th hole for an ace. Ronnie has been a great supporter of this event and has been an ever present since its inception in 2001.  Dumbarnie Links took a photograph and presented Ronnie with a commemorative pennant and a bottle of whisky.

Thanks must go to Blair Cross, the Dumbarnie Professional, for his sterling shift on the 16th tee throughout the day when he challenged the 104 competitors to better his tee shot and so “Beat The Pro”. Few if any were successful but nearly £500 was raised in the process.

Attracting over 100 Rotarians every year from all over Great Britain, the Kilrymont St Andrews Rotary Club’s Autumn Charity Golf Event has raised more than £90,000 over the past 20 years for the benefit of local, national and international charities.  All told, this year’s event raised over £6,000, the main beneficiaries being:

The Club is very grateful for the generous support from all the participating golfers, Dumbarnie Links and the many local businesses and individuals who sponsored holes and donated prizes. Their contribution makes the event not only such a successful fund raising day but also a very special day of fun and fellowship.

More photographs can be found at https://photos.app.goo.gl/eChCdfJkv9rxVVpM9