Mike McKeon will talk his visit to the Calvert Trust

An interesting perspective on the Calvert Trust. 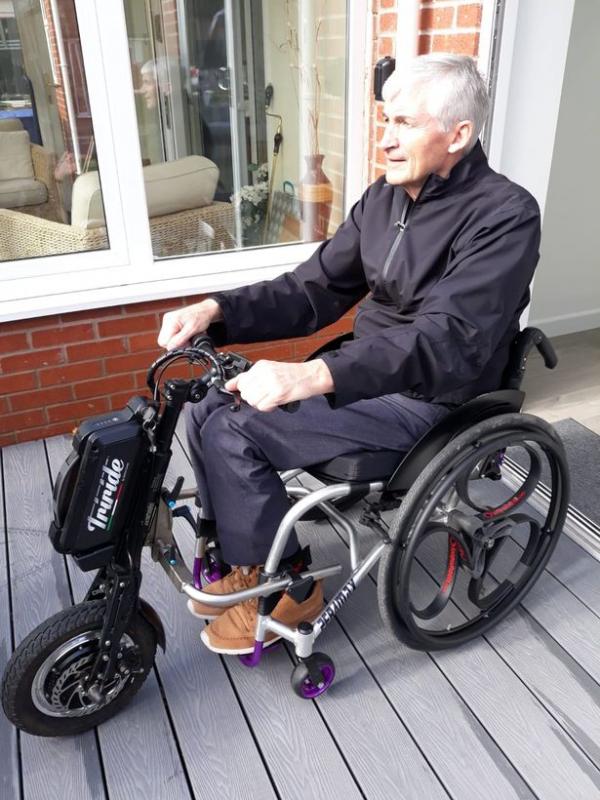 A former PE teacher who dreamed of spending his retirement skiing, golfing and walking, has been paralysed in a horrific cycling accident.

Mike McKeon was thrown off his bike in a horror smash on a descent to Ribchester in Lancashire back in March.

The 68-year-old said he believes something stopped his bike while going at 40mph downhill and flipped him over the top, breaking a bone in his neck.

He then spent a month in Royal Preston Hospital and four months in rehab at Southport and Ormskirk Hospital's spinal unit, the Manchester evening News .

Now paralysed from the chest down, Mike said his life has been "completely thrown upside down" and "the hardest thing is acceptance".

Mike, from Rishton, near Blackburn, in Lancashire, said: "My head was sort of pushed down into my chest. I broke my nose, I had black eyes, I had broken ribs. Then the force of landing on the road on my back caused the major injury.

Why people join and stay so long in Rotary

Community projects initiated or supported by club members. There are normally about a dozen events each year - and some are major projects.

Projects initiated or supported by members to provide opportunities for young people in our local area.