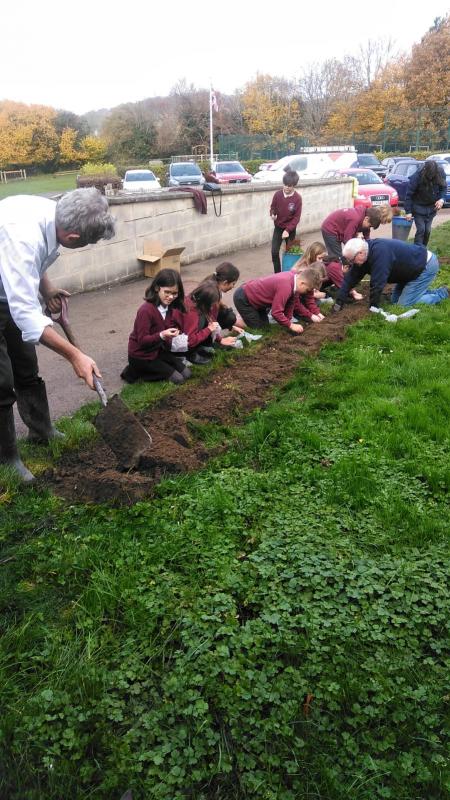 We were allowed into the classroom where Charles explained to the children about various viruses and Rotary's involvement with the eradication of polio throughout the world. The children were delighted that we were there and willingly joined in with Charles when he talked to them.

Afterwards, with great difficulty because the grass was long and very wet, the men dug a trench along the edge of the path. The children came out in groups of five and we all helped to plant the bulbs.

The six of us then made our way to The Barn, a new coffee shop just up the road and had a lovely social coffee together.

The purple crocus will be in bloom next spring  - purple being the colour used as a finger dye to denote when children, in those few countries where polio still exists - that they ahve been vaccinated.    Stonehouse Rotary has been a staunch supporter of thie project to rid the workd of this dreadful disease.