Speaker: President John McCarthy gave a talk on the house build with Habitat for Humanity, Mfuleni Township in 2007 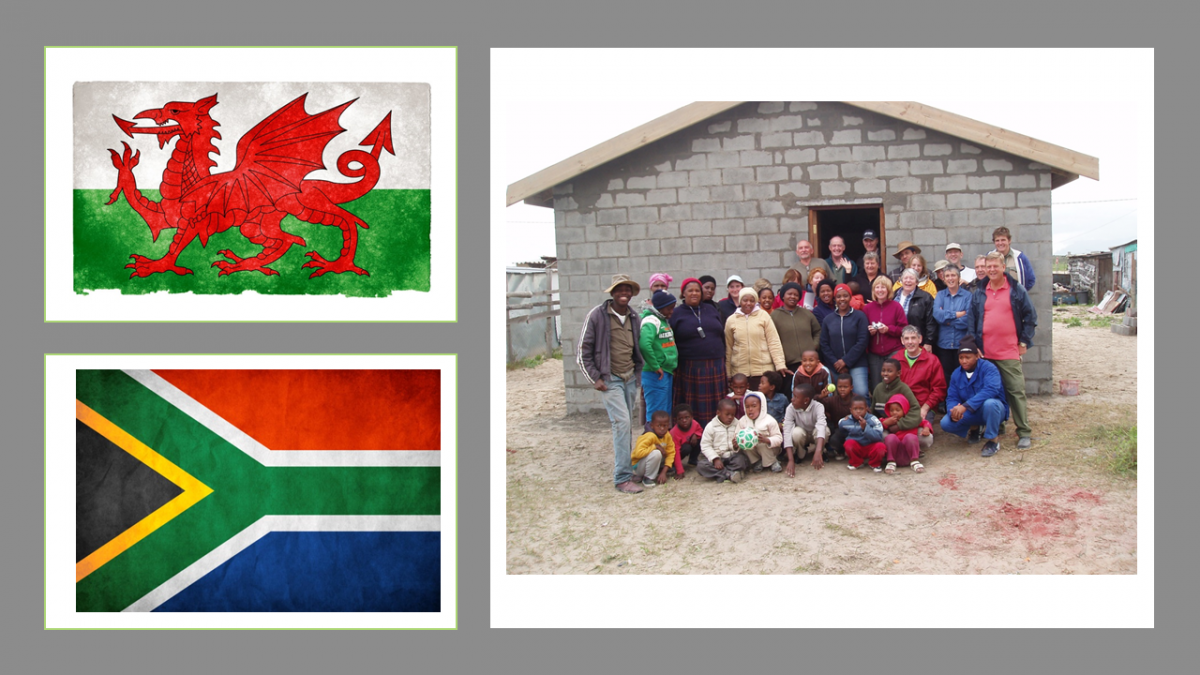 In 2005 Rector Nick Jones and his wife Chris spent 3 months working in the township seeing the plight and hopelessness of these people and realised that a small difference can make a big change in people’s lives.

On their return to Saint David’s Church in Pencoed, a lot of discussion took place on how we could help; it was decided working with Christ Church Kenilworth Cape town to build a House in Cape Town.

The team intended to replace a so-called ‘informal dwelling’ made of scavenged timber and sheets of plastic, with a simple three roomed structure of concrete blocks, with sanitation and power supply.

Team members would pay for themselves, by meeting the total cost of their flights and accommodation, amounting to approximately £1500 to £2000 per person.

The cost of each house was £5,000 and takes approx. 5 days to build. To raise all the money Church members took part in funding raising events, such as the Taff trail sponsored work (over 50 miles); buy a brick appeal, plant sales, coffee mornings etc. In the end, raising over £13,500.

In August 2007 the 12 person team, led by our Rector, Rev Nick Jones and his wife Chris went to Cape Town, where we worked with a local church group known as the Warehouse Project and with the charity SASDI, South African Sustainable Development Initiative, to build the house using a local builder and materials.

Prior to the team arriving, the foundations for the house had been laid, with all the planning consents agreed. The team worked well engaging with local builders and fellow Town ship owners taking time out to visit a local school. The House was completed on time. The new home owner Marina was very pleased with the work.

As so much money had been raised, this allowed us to pay for a cooking course for Marina and for us to go back the following year to build another house.