The Bailiwick is blooming purple! 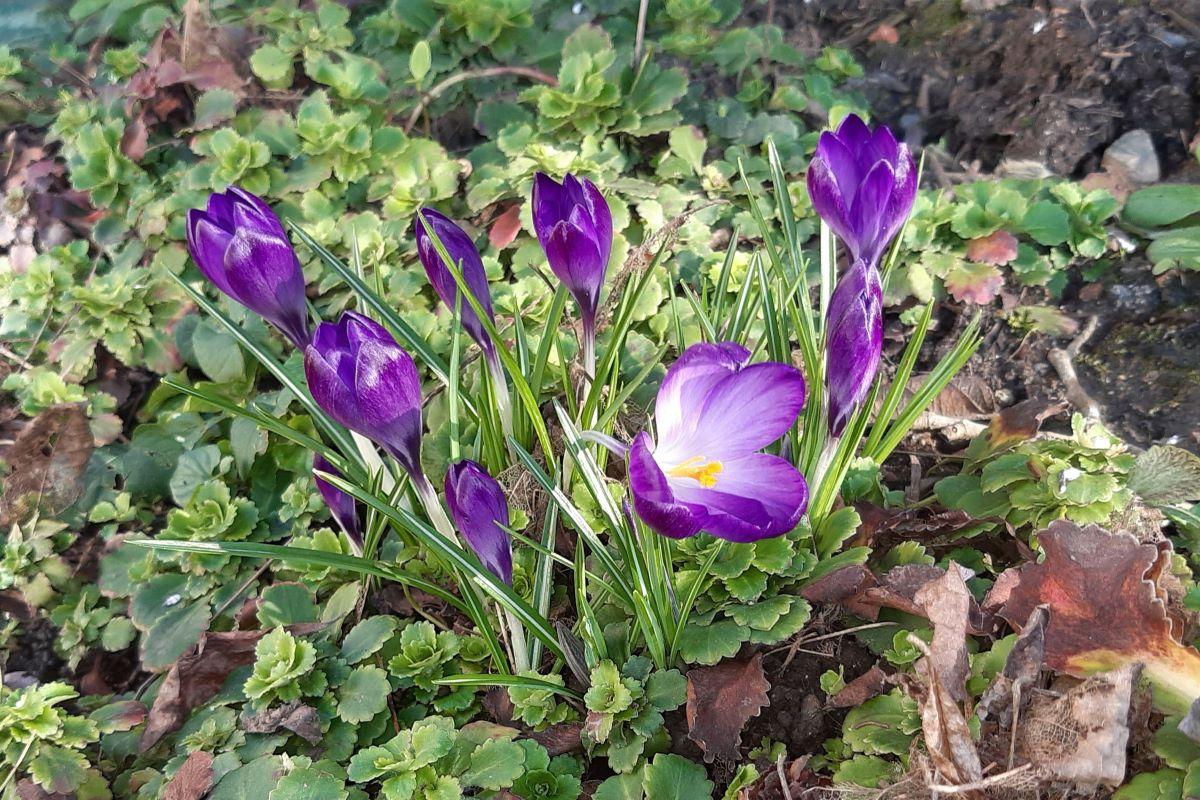 The weather forecast is kinder for the next few days so why not go out and see the purple crocuses in bloom across our parishes and islands. Despite these small purple flowers having been hit by the recent very strong winds most have survived ready to open beautifully each day when the sun comes out. They are a visible reminder Rotary’s End Polio Now campaign and the ongoing work to wipe the polio virus off the face of the earth.

This is also a time for reflection with the tragic news yesterday of the killing of 8 polio vaccination workers in Afghanistan. The senseless attacks have been condemned by both the United Nations and the WHO and our thoughts are with all those affected. Our heartfelt thanks also go to those who are determined to ensure the efforts to vaccinate children continues by delivering the polio vaccine in to their mouths despite these horrific attacks.

We have always said that polio anywhere is a threat to children everywhere. This month also saw a real reminder of this with a confirmed case of type 1 wild poliovirus in Malawi. This virus is genetically linked to wild polio detected in Pakistan’s Sindh province in October 2019. Until the entire world is free of polio everywhere remains at risk of importation and high vaccination coverage is essential to protect all children from polio.

Teamwork is critical to ending polio just as we are all part of the fight against Covid. Rotary is really grateful to have the support of Appleby (Guernsey) LLP who sponsor the purchase of the corms as well as a team of helpers through Floral Guernsey and the parishes, Bernie’s Gardening Services and States Works’ Parks and Gardens department who together made light work of planting 72,000 corms last Autumn bringing the Bailiwick total to 650,00 purple blooms.

The whole world now truly understands just how quickly a virus can spread. Polio is a highly infectious disease which can cause paralysis and even death, mainly in children under the age of 5. Just 20 pence could provide the lifesaving polio vaccine to a child so every single donation makes a difference.

Robin Gonard from Rotary Guernesiais said: “Thanks to everyone who braved the wet and cold weather to plant the crocuses. Everyone’s support is essential in helping end polio for good. Contact any of our 3 Rotary clubs in the Bailiwick to see how you could get involved.

We would love you to share your photos of the crocus on social media with the hashtag #Purple4PolioGSY.”

Rotary’s Purple4Polio activities, raise awareness and money for the Rotary End Polio Now camapaign. They are so-called because purple is the colour of the dye placed on the little finger on the left hand of a child to show that they have been immunised against polio.

John Moses from Rotary Guernsey says “A positive way to help Rotary and our partners to wipe polio off the face of the earth once and for all is to get involved in our annual Purple Pinkie Day.

Save the date of Friday 7th October 2022 and start planning how you, your family and colleagues can have some purple fun. Maybe you could dress purple, bake purple cakes, dye your hair purple or paint the little the nail on your left little finger purple.”

Rotary has helped mobilise over 20 million volunteers and immunised almost 3 billion children against polio since 1985, and there are nearly 19 million people walking today who would otherwise have been paralysed and an estimated 650,000 cases are prevented every year.

Every year Rotary and our partners continue to immunise over 450 million children in around 50 countries with 1.2 billion doses of vaccine given in 2019. In 2021 there were only wild polio cases in Afghanistan and Pakistan but the work and immunisation in all those countries most at risk must continue.  Without vaccines, within 10 years there could be 200,000 new cases each year throughout the world, including previously polio free areas such as Great Britain, Ireland and even the Bailiwick.

It is Rotary’s dream for a polio free world so that children everywhere can look ahead to lives full of possibilities instead of one filled with the pain caused by deformed limbs, paralysis and other polio effects throughout their life.

The Polio Legacy goes far beyond just polio. Currently it includes the invaluable contribution the personnel, expertise and infrastructure are continuing to bring to both the COVID-19 response and vaccine rollout in many parts of the world.

None of this can be achieved without everyone working together, along with financial and political commitment. A clear period of three years without any cases worldwide, in addition to no trace of the virus in any environmental samples is necessary before the world can be declared polio-free.