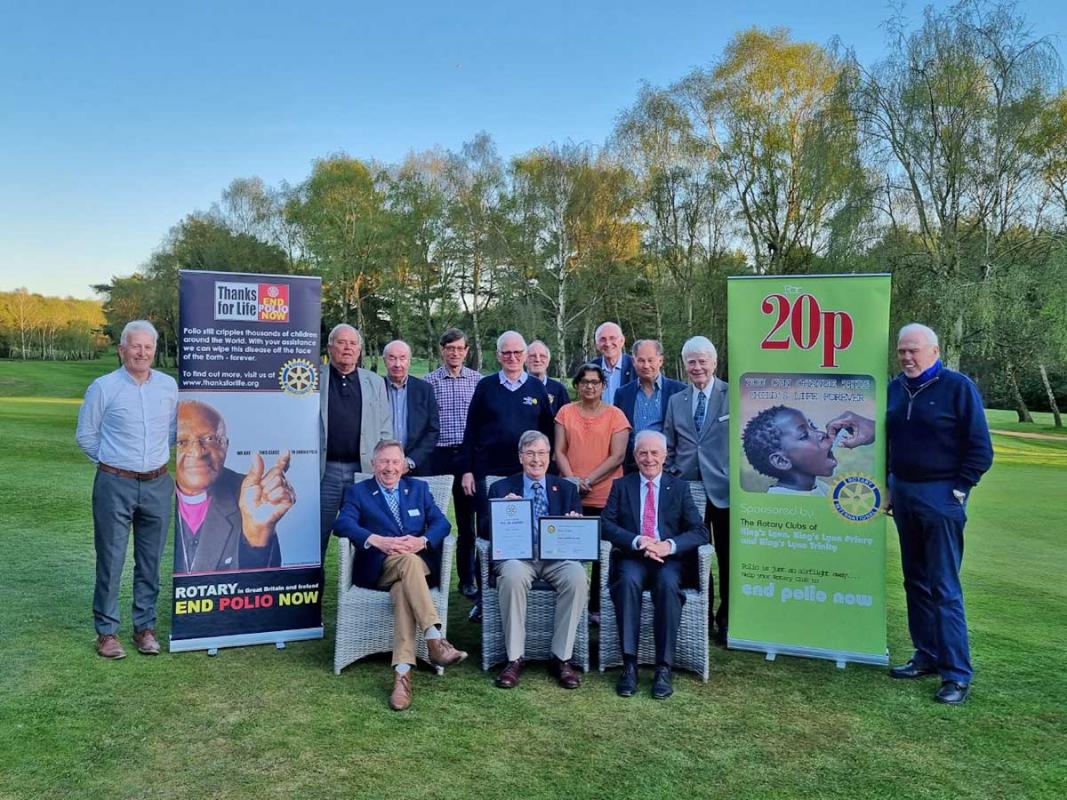 Well known retired GP, Dr Peter Tasker who is a member of King’s Lynn Priory Rotary Club has received the National Rotary Award for outstanding performance over many years in support of the worldwide eradication of Polio, the disease which causes life changing paralysis.

At the same time Dr Peter also received The Paul Harris Fellowship award, the most prestigious recognition given by Rotary.

On receiving these awards, Peter said he felt quite humbled to be nominated by his Rotary colleagues for these items of recognition and wanted to point out that all of the activities behind the Polio Eradication Campaign were only successful because of the ongoing support which he had received from his Priory Rotary colleagues, the other two King’s Lynn based Rotary Clubs and the public who have given so generously over time. He added that Rotary world wide has raised an incredible $2.1 billion over the past 35 years with the goal of irradiating polio across the world. Vaccination against polio started in The Philippines in 1979. The world is almost free of polio now but not quite. There remain a small number cases of polio in Pakistan and Afghanistan. One thing that everyone is agreed on is that if funding ceases, the disease would very quickly become re-established again, hence the reason that Rotary Clubs remain committed to the Polio Eradication Programme in the long term.

Derek Stringer, 2021 Rotary President said, “that for a Rotarian to receive two such prestigious awards at the same time is very rare and demonstrated the immense respect and support which all the members of Priory Rotary have for Peter and his amazing achievements in the interest of killing off this awful disease”. 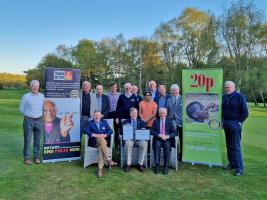 Rotary has adopted "Supporting the Environment" as its 7th area of focus. We have set up a group to promote environmental initiatives

The satellite club is for anyone who enjoys meeting new people and getting involved in giving something back to the community - both locally and internationally.