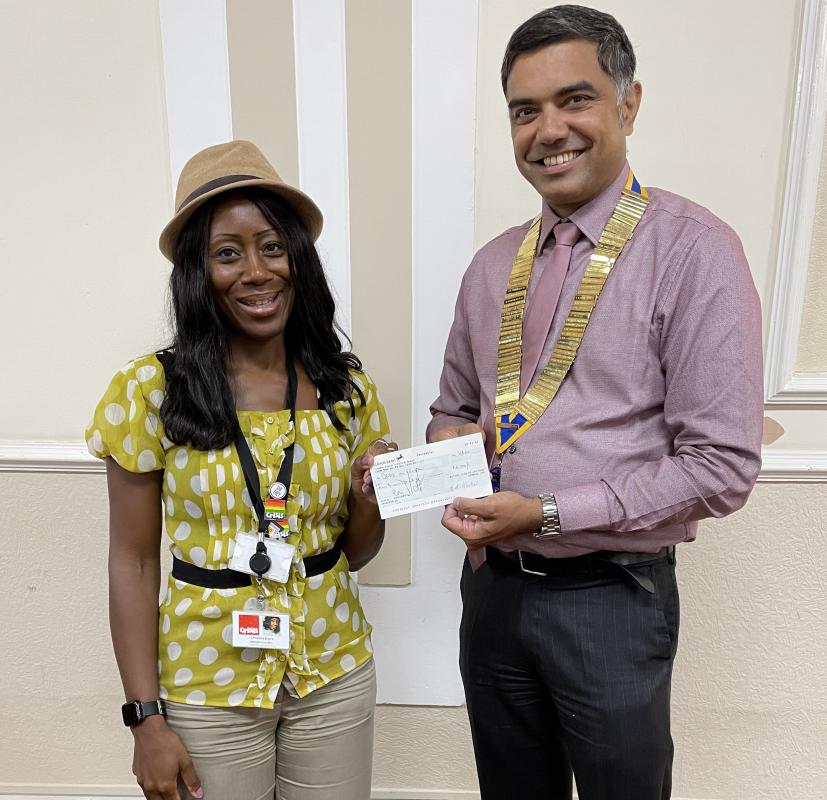 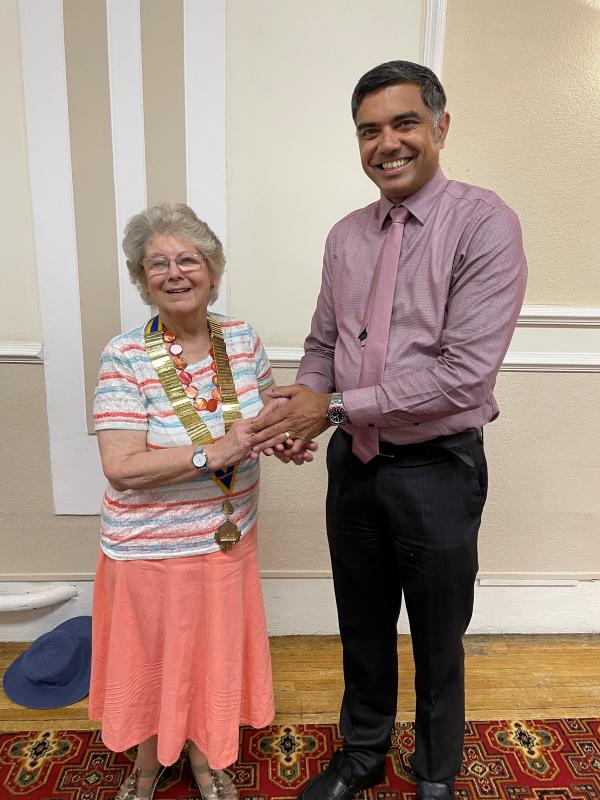 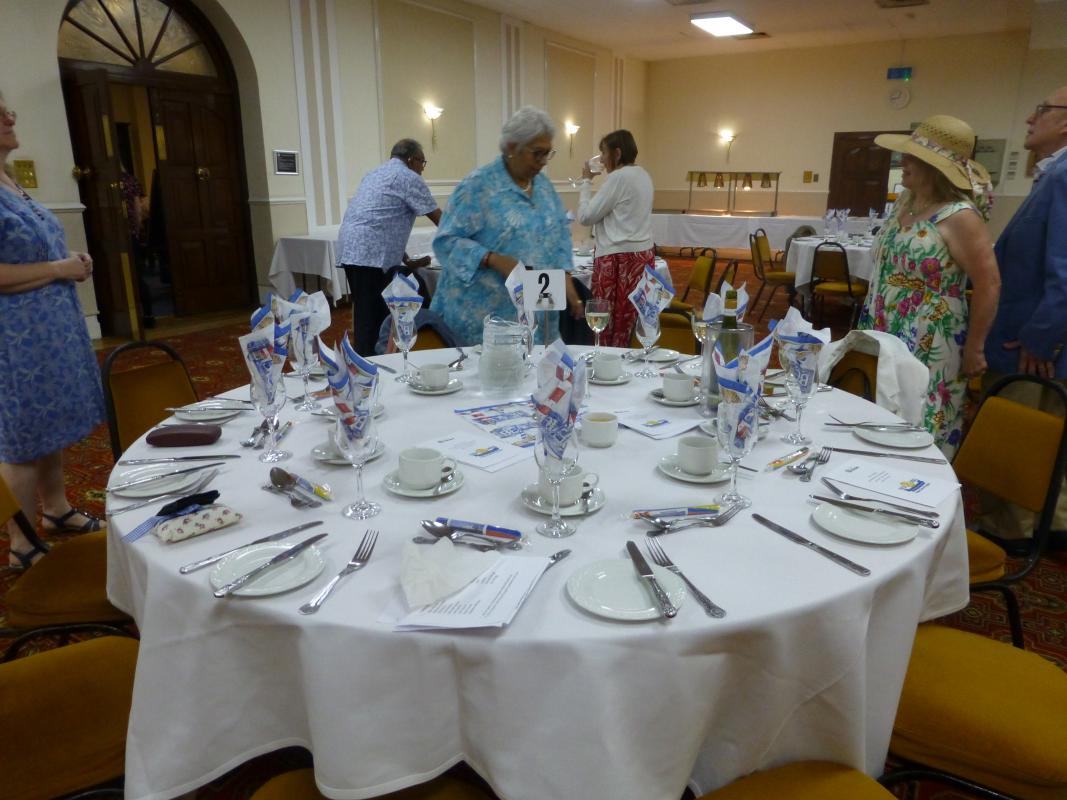 On June 28, around 40 members, partners, friends, and guests made their way to the Masonic Halls, suitably dressed in summer shirts, dresses and hats, for the Rotary Club of Croydon Presidents Handover Beach Party.

Beach-themed napkins and sticks of Brighton rock adorned the tables; fish, chips and mushy peas followed by ice cream was served for lunch, and Ian Rae entertained us with appropriate music.

As our first official face-to-face handover for three years, we thought we would celebrate with a party. Everyone got into the spirit of the occasion, and one member even brought a bucket and spade.

Our special guest was Christine Eyers, Director of the Crisis Skylight Centre in Croydon. Our
Club had been fundraising for this charity over the past three years and it was President Oumesh’s final duty of his year to present Christine with a cheque for £4000, raised at the recent Centenary Golf Day.

Before handing over the Presidents regalia to incoming President Patricia Painting, President Oumesh spoke briefly about his year, the first part of which had been via Zoom, and thanked his team for their work and for their support.

President Patricia then inducted her two Vice-Presidents, Loraine Davis, and John Cheetham who stole the show with his beach outfit.

Before the final toast, Patricia briefly outlined her plans for the coming year, and announced that our new charity for the next three years is to be the Croydon Health Charity.

more The first of our celebrations held on 12 March 2022 at Croham Hurst Golf Club.

ROTARY AND THE UNITED NATIONS

Remember, remember the 5th of November

more An evening of poetry

more Today, we were delighted to welcome
DG Alan Moss a member of
Highdown Rotary

more With two speakers from the Palace For Life Foundation

more On 6 June 2017 Croydon Vision displayed a plaque to recognise the donation given by the Rotary Club of Croydon.

more Our annual get-together with our European friends.