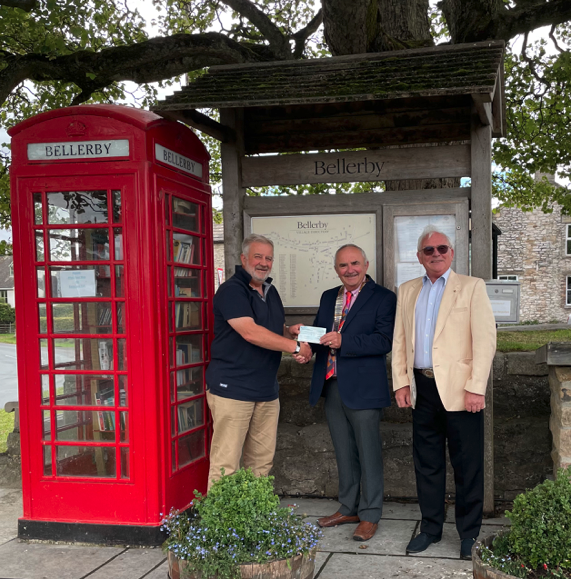 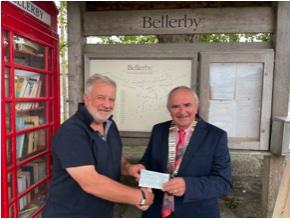 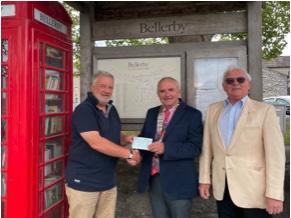 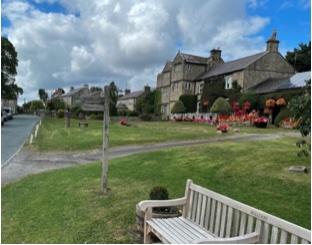 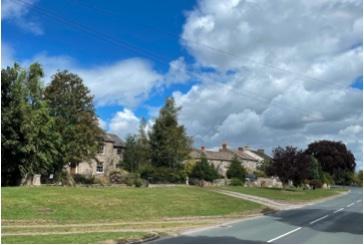 Another view of Bellerby 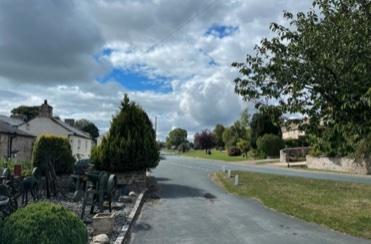 Rotary Club member David Stewart who organised the event praised the efforts of participants and explained the way the wide-ranging contest works:

‘We send judges to all the villages during the same two weeks in July and they score each village on seventeen criteria ranging from public spaces and private gardens to the condition of bus shelters, shops, guest houses, inns and the encouragement of wildlife. Villages without some features are not penalised. After the first scoring a second visit by different judges is organised to the front runners to be sure that the scores are fair’, he said.

Receiving the winning prize of £400, the Chairman of Bellerby Parish Council John Hutchinson said: ‘Winning the competition this year was a lovely surprise. When we last won about five years ago, we used the prize to refurbish the telephone box. This time I hope that we might be able to support our Community Garden’

Richmond Rotary Club President Jos Huddleston presented a cheque to Bellerby this week and said that he was delighted that the competition encouraged people to participate and take pride in their locality.

‘Rotary is an international organisation that has tackled global issues such as the elimination of polio, but it is probably at its best when supporting local communities.

It was clear that a lot of hard work had taken place in preparation for this year’s Best Kept Village contest. Each year the event reminds us of the beautiful area where we live and our exceptional villages well deserve the recognition that Rotary gives them through this challenging competition’.

Further information is available from:

Rotary Technology Tournament is Back

After a break due to the pandemic - schools compete in the Technology Tournament!

Click on the links in the Details section to catch up with the local news.

Two lucky students, one from Risedale Community College and one from St Francis Xavier School have just returned from a character forming week on the North Sea, thanks to Richmond Rotary Club.

Click the Details below for video, news release and details of Richmond Rotary's Communications Exhibition in August 2021.

As part of the Richmond 950 celebrations Richmond (Yorks) Rotary Club was delighted to have a Zoom meeting with Richmond Rotary California. 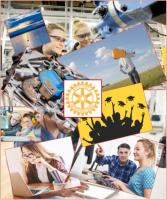 Richmond’s non-profit food bank - StoreHouse - is based in the Influence Church in the town.