The campaign ties in with the 100 year anniversary of The Rotary Foundation, Rotary’s own charity, which has played a key role in making polio eradication become close to a reality, along with hundreds of other projects both in Great Britain and Ireland and overseas. 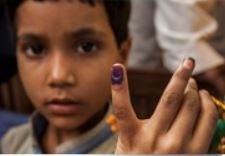 I’m delighted to let you know that Rotary and the Bill & Melinda Gates Foundation just announced the extension of our fundraising partnership. The Gates Foundation will continue matching donations to Rotary’s PolioPlus program 2-1, up to $50 million every year.

Share your commitment by showing this video from Bill Gates at your next club meeting or event and help Rotary and the Gates Foundation spread the word about our extended fundraising partnership. You can also share this news by forwarding this email to your Rotary network.

Whether you’re a new Rotary member, or you’ve been fighting polio for decades—there’s a role for you to play in ending this disease. Visit endpolio.org to learn more and donate.