Jack Miladinovic, winner of the Scarborough heat of Rotary Young Chef, has now won the East Group Heat in York.

The competition is open to all youngsters aged 11-17 years old in full-time education on 31st August, 2015.

Competitors are expected to prepare a healthy 3-course meal for two people, costing less than £15.

“We are extremely delighted with the quality of the entries this year and wish our 3 finalists all the best in the district heat in York in January.”

Jack Miladinovic, a level 2 student at the college, won with a menu of scallops, sea bass and deconstructed cheese cake, will be joined by Alice Brayshaw and Anthony Wilson in the next round.

Chief judge James MacKenzie, from the Michelin-starred Pipe and Glass at South Dalton was most complimentary about the standard of the entrants. He said :-

“There was fantastic quality on display here today and I was especially impressed by youngsters Ebony and Zac from Eskdale School in Whitby.”

“Entering a competition like this at their young age is very daunting and they did exceptionally well.” added James.

He went to say : “We are in the heart of a great tourism resort area and finding enough committed staff is always a challenge; so it`s wonderful to see Rotary focussing on this important skill set.”.

Jack Miladinovic has now won the East Group Heat in York and will go on to the District Final at Betty's in Harrogate on February 8th. 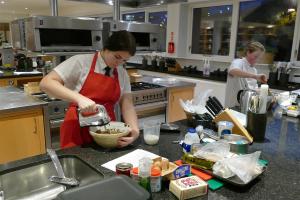 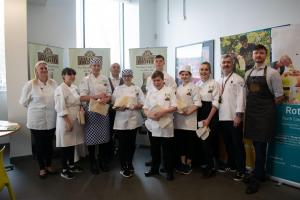 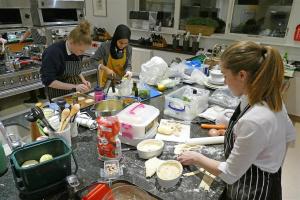 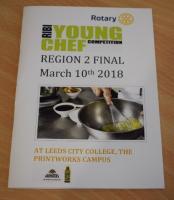 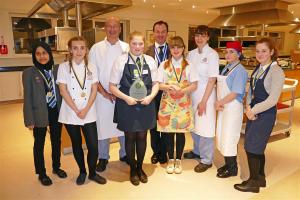