DGE Maggie Hughes was invited to represent Rotary at an event held at the Wales Millennium Centre, Cardiff to celebrate the communities, organisations and individuals who are helping to make Wales a dementia friendly nation. 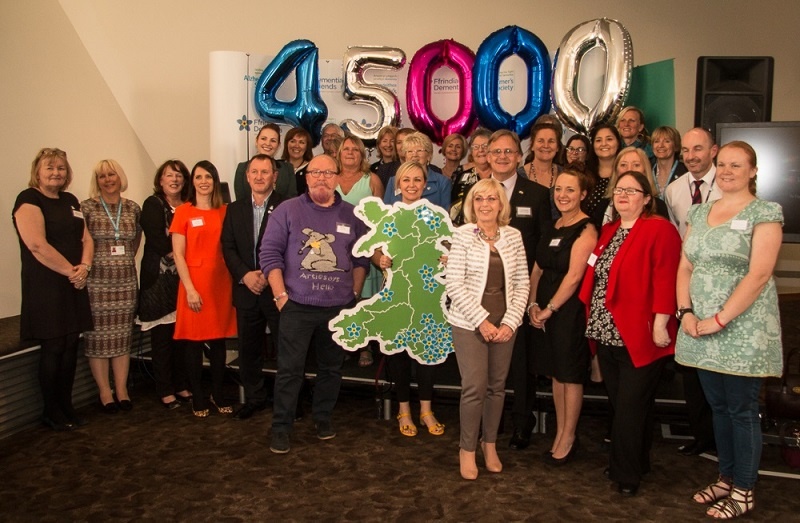 The event was to showcase some of the work already underway in Wales to build Dementia Friendly Communities and how local business and organisations, like Rotary, are working together to improve the lives of people with dementia and their carers.  It was also to celebrate that the number of Dementia Friends in Wales has now reached 45,000 which is a great achievement for the initiative which began in February 2014.

There were presentations confirming their commitment to supporting people with dementia by the CEO of Western Power and AM Rebecca Evans, Minister for Social Services and Public Health.   Sue Phelps, Director for Alzheimer's Society in Wales, reported that an economic analysis commissioned by the charity showed that Dementia Friendly Communities could save £11,000 per person per year by helping people with dementia to remain independent in the community, to stay out of care for longer and have a better quality of life.

Robbie Savage, who lost his dad Colin aged 64 to Pick's disease (a form of dementia) in 2012, gave a message of support via a video link and said "I am a proud ambassador for the Alzheimer's Society and pleased to support this important programme of work in Wales.  In the absence of a cure for dementia, building Dementia Friendly Communities will make a huge difference to the lives of people living with dementia and their carers.  A little understanding and compassion can go a long way in making life a little easier" 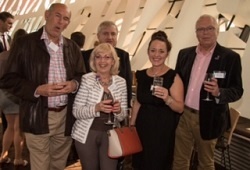