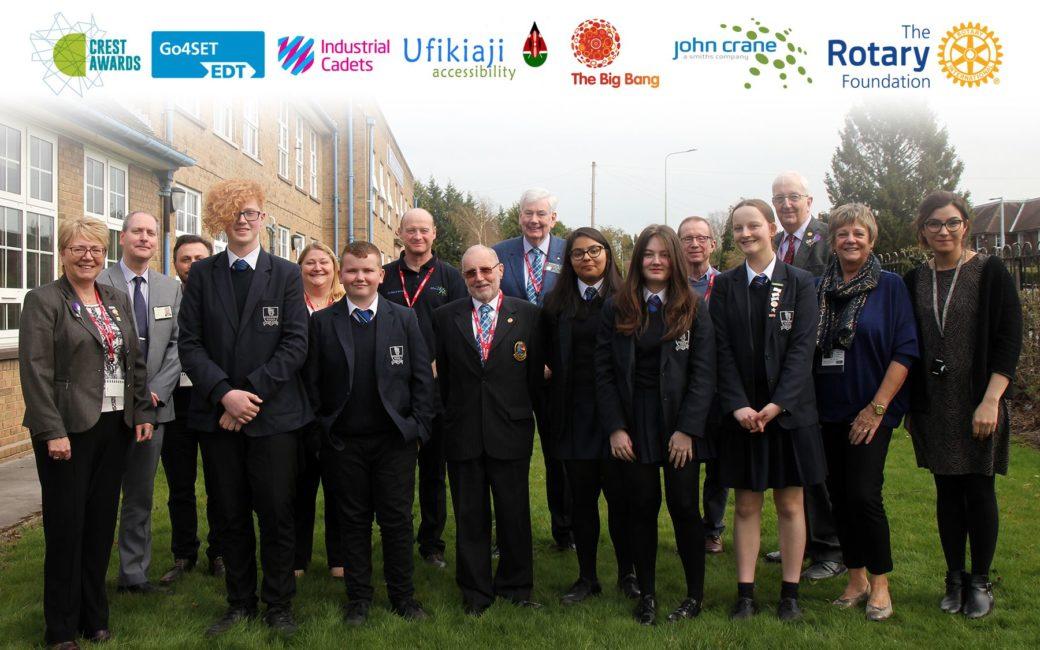 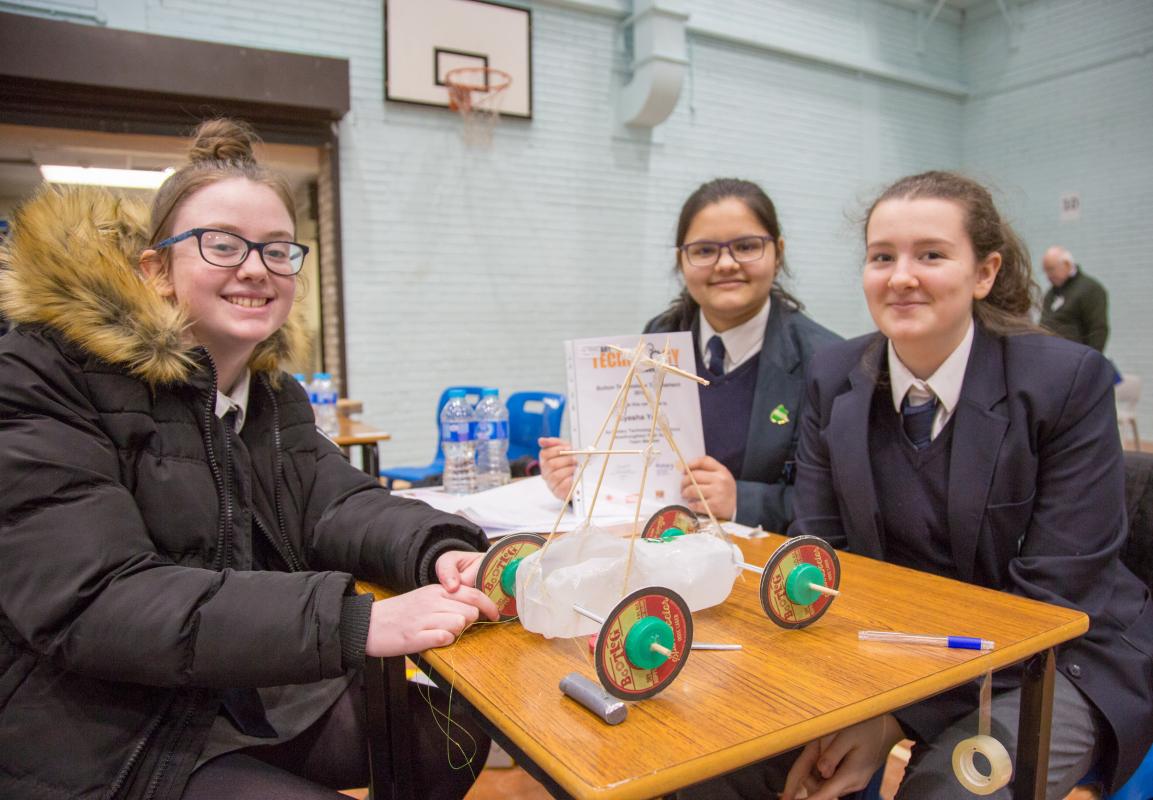 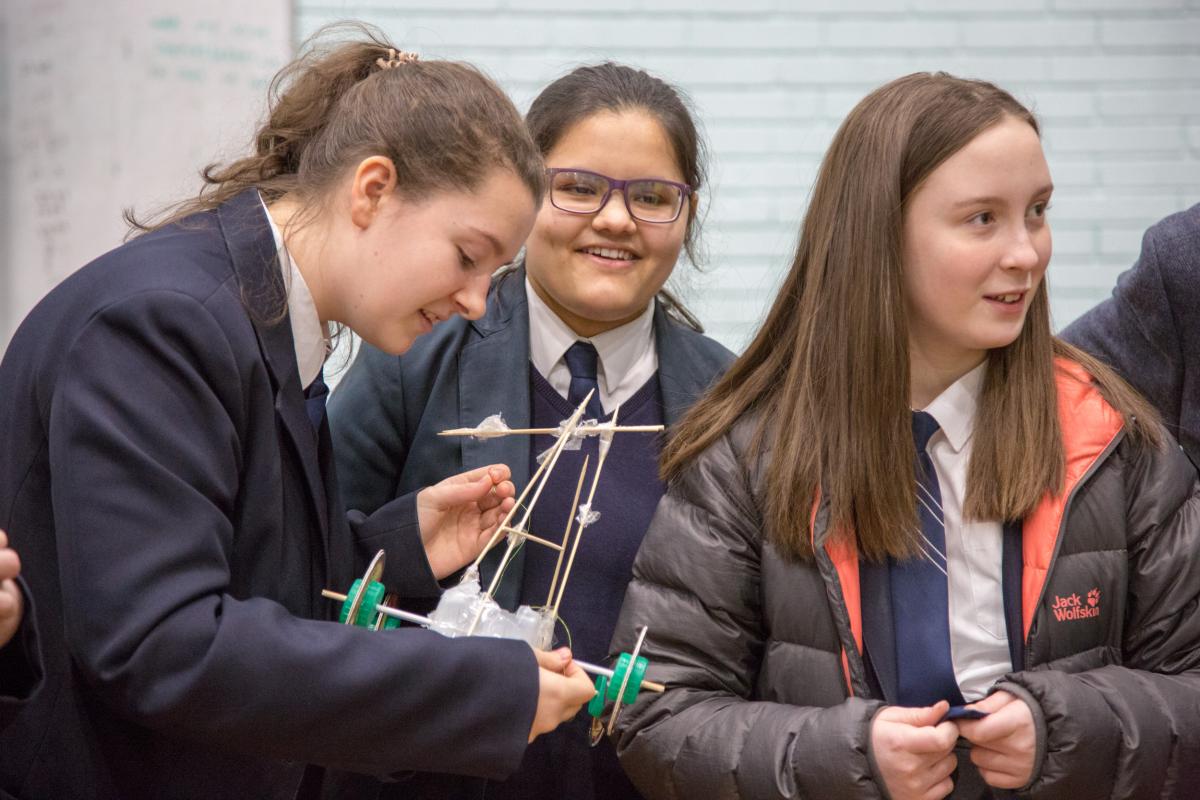 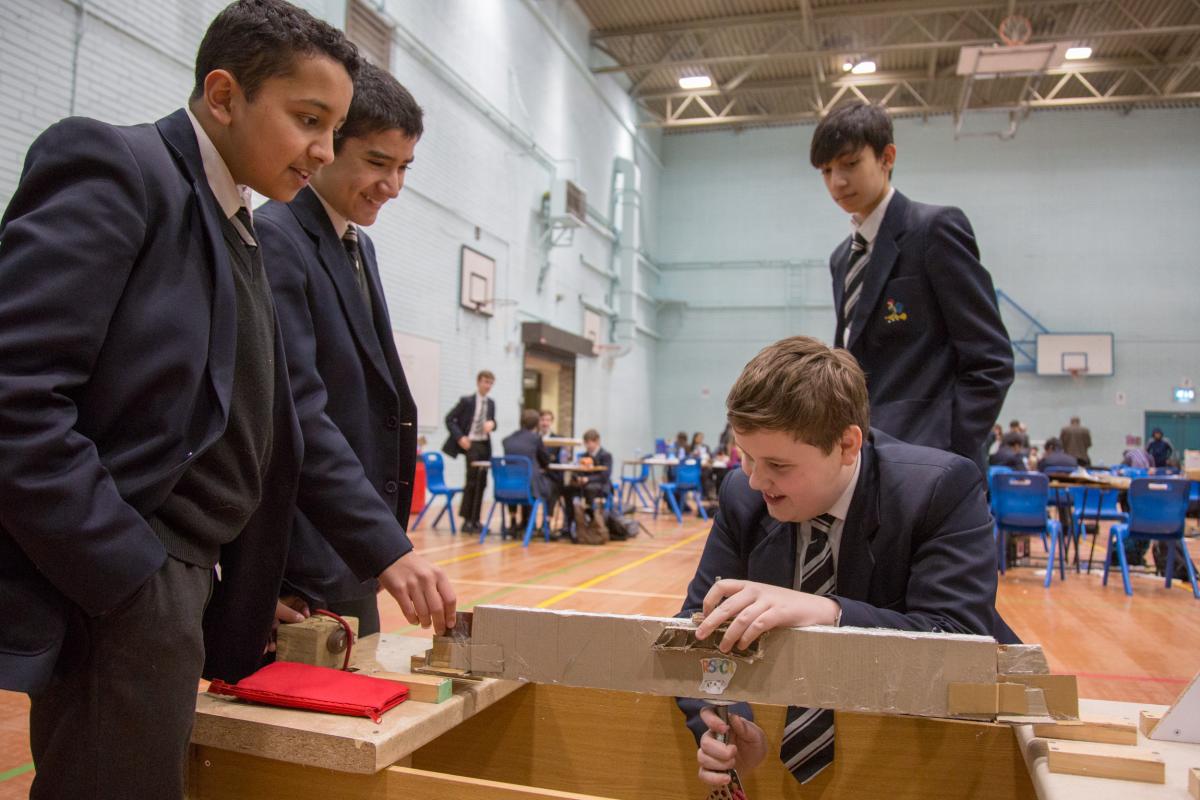 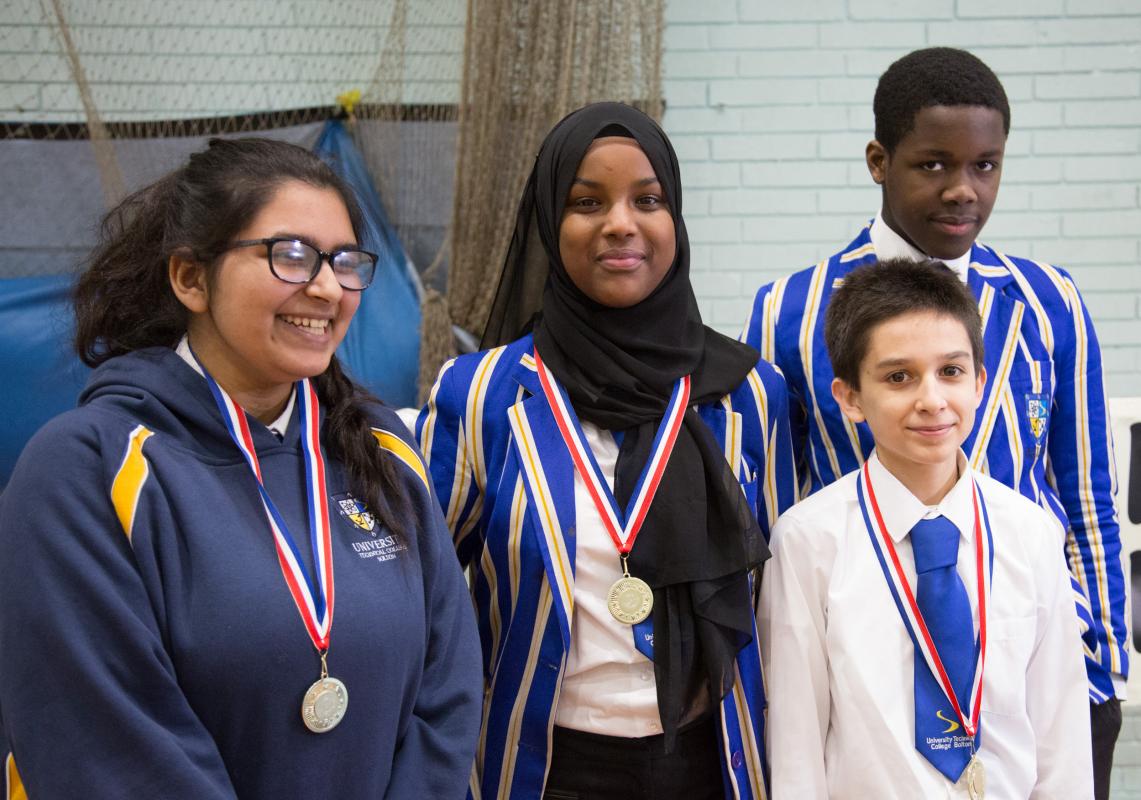 On 1st April 2019, The Kingsway School, Go4SET, John Crane, The Kolweny Kingsway and Rotary International celebrated the recent success of six of the Kingsway School's Industrial Cadets in winning a special award at this year's National Final's of The Big Bang Fair. The students who spent three days at the Birmingham NEC competed with over 200 other schools to win the ‘Special Award 2019 - Rotary prize for Environmental/Scientific Advancement’.

The 2019 Bolton Technology Tournament will take place on the 12th Feb at Canon Slade School
All the Bolton Rotary cluster clubs have sponsored it, and five schools are attending.

The students were tasked with either building a bridge or a car out of materials supplied by the organisers  They had to design and build it without help from anyone else, and have it tested to certain criteria at the end. Outside judges followed each of the teams through the event.

It ended with a presentation by Dr Margaret Emsley from the School of Mechanical, Aerospace and Civil Engineering at The University of Manchester

Prizes were awarded to the teams with the best bridge & car, and the overall winning school was presented with the ’Spirit of Technology’  trophy.

What is Interact all about