Rotary Cardiff celebrates the 100 years of its Charter on Wednesday 1st November 2017. The dinner will take place where Rotary held its first ever meeting in Wales. 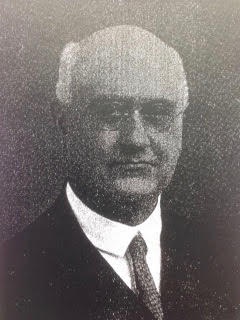 Rotary Cardiff celebrates the 100 years of its Charter on Wednesday 1st November 2017.  The dinner will take place where Rotary held its first ever meeting in Wales.  Formerly the Park Hotel, now Jury’s Inn Hotel, Park Place, Cardiff.  7pm for 7.30 pm.  Tickets cost £30 and available from evanthomas242@btinternet.com.

Prior to the event a church service will be held at 6pm at United Reform Church, Windsor Place, Cardiff.  All are welcome.

Over a year before the end of the Great War of 1914 to 1918 – shortly before the defining Battle of Passchendaele - a group of Cardiff business leaders decided to form a Rotary Club.  When they met, Rotary had been an international organisation for 12 years.

Although some doubts were expressed about the appropriateness of starting such a club during wartime, the proposal was agreed to form a Rotary Club in Cardiff, in affiliation with the British Association of Rotary Clubs.

It was to become the 17th Rotary Club in Britain but the first in Wales. The first formal luncheon was held at the Park Hotel, Cardiff with electrical engineer, Mr William Ashcombe Chamen, (pictured) as the founder president.

100 years of Rotary in Wales pages: 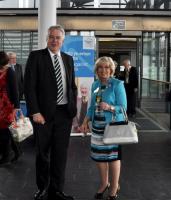 Centenary at the Senedd

more A celebration of 100 years of Rotary in Wales took place at the Senedd on 25 May sponsored by The Rt. Hon. Carwyn Jones AM.

more The newly refurbished Crowne Plaza Hotel in Plymouth was the venue for this year’s Conference. With its central location and stunning views over Plymouth Sound from the restaurant, it is not surprising that it will also be the venue for Conference 2018.